Big things are in store for the Underhive next week as Necromunda gets ready with a brand new boxed set… and a sinister cult uprising. Let’s take a look.

Hive Primus is undergoing a secret cult uprising next week as the Corpse Grinder Cultists square off agains the Palanite Enforcers in Dark Uprising: the latest boxed set for Necromunda. These two forces are accompanied by a slew of new Zone Mortalis terrain that’ll be everything you need to battle for the fate of the Underhive. Let’s take a look at everything inside. 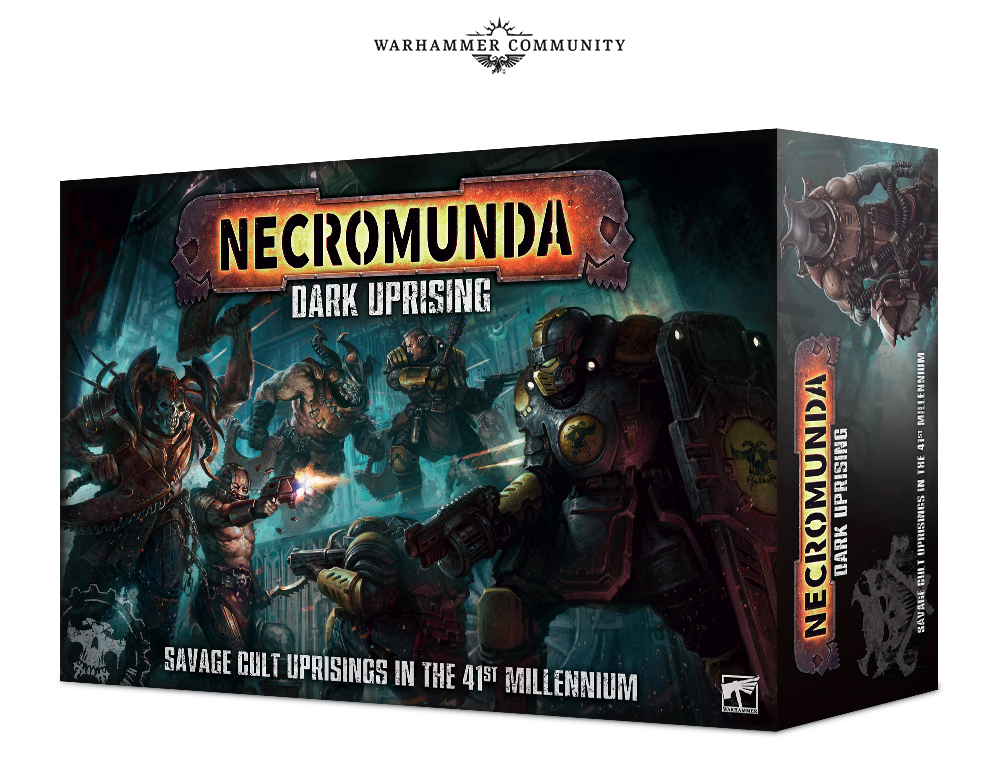 Dark Uprising is a massive new boxed set for Necromunda. Inside it has everything for two factions to duke it out over some gorgeous new Zone Mortalis terrain. Inside lurk 15 new Corpse Grinder Cultists, whose brutal uprising is all in the name of a figure known as the Lord of Skin and Sinew–which is never what you want to see in the name behind a cult uprising.

Standing up to the cult are the loyal and heavily armed men and women of the Palatine Enforcers. You’ll get five Patrolmen and six new Subjugators who wield even deadlier weapons and heavier armor. If you’ve been Dredding not having enough Palatine Enforcers, this is your lucky day. But on top of the new models, the other big exciting thing about this boxed set is the loads of all-new plastic Zone Mortalis terrain, which is going to add incredible depth (and height) to battlefields throughout the Underhive and the rest of 40K.

You also get 17 sprues of terrain, including 15 of new, plastic Zone Mortalis walls, columns, platforms and doors. These are the first-ever plastic Zone Mortalis kits and can be put together in innumerable ways. Whether you play Necromunda, Warhammer 40,000 or The Horus Heresy, you’ll want to get your hands on these so that you can combine the closeness of indoor firefights with the verticality and immersion of outdoor battles. 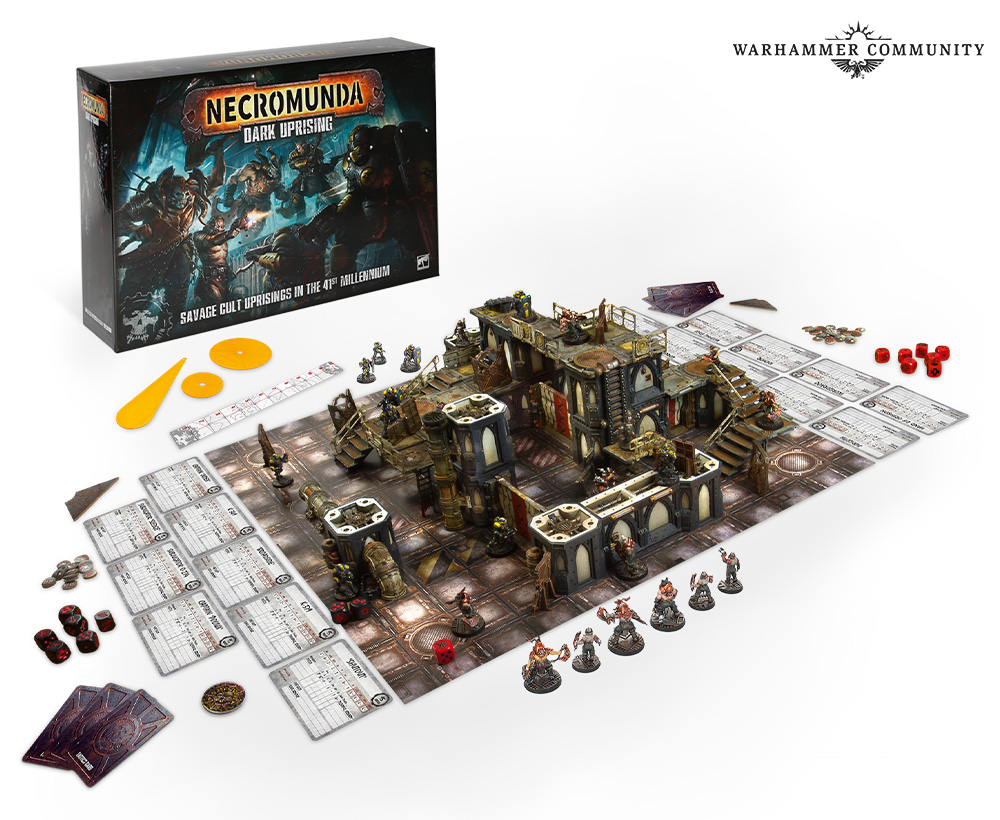 And of course there’s a brand new rulebook out as well. In Necromund: The Book of Ruin it’s all cultists all the time. You’ll find rules for how these uprisings start, rules for making your own gang of Cultists, be they Corpse Grinders, Helots, or even Genestealer Cultists. You’ll also find rules for “corrupting your house gangs” and a whole bunch of new hangers-on and hirelings. 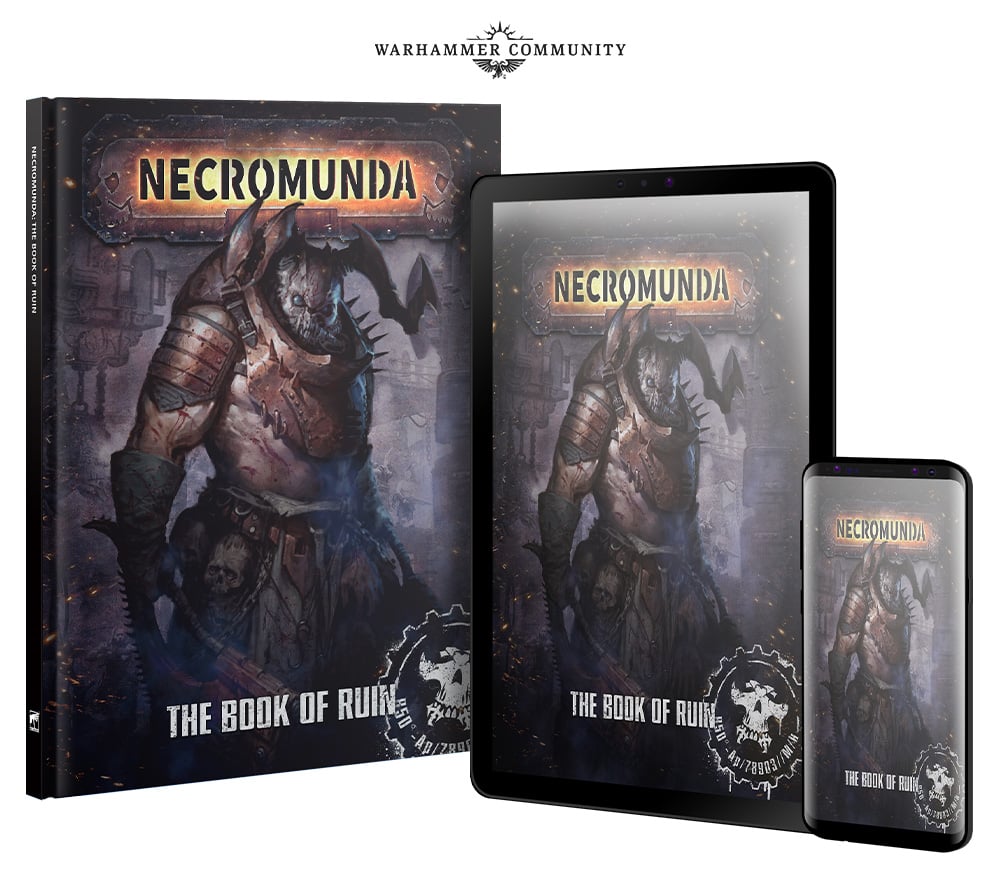 Finally there’s the new Zone Mortalis Floor Tile Set, which are a bunch of gridded floorplates and vents that fit with any Sector Mechanicus terrain kits, including the new Zone Mortalis terrain introduced in Dark Uprising. Add to that a suite of new bases and custom cultist dice, and it’s looking good for the Underhive.

All this is up for pre-order next week, so be sure and check back for previews and more!