Did you think the Immolator and Exorcist where the only new vehicle kits? Say hello to the “Pulpit of War” for the Sisters of Battle!

Games Workshop teased that there were more new models on the way for the Sisters of Battle and today, we’re getting our first look at a new one. The unofficial name of this new one is the Pulpit of War. Check it out: 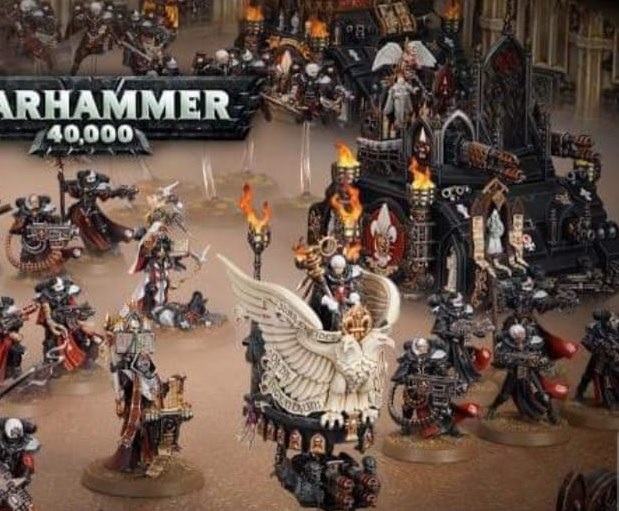 We’re not sure if this model is completely floating or if it’s attached to something else as we can’t see the bottom. However, it could be a new skimmer or flyer – akin to a Land Speeder or Aeldari Vyper. It’s surrounded by quite a few of the new Sisters of Battle models as well and there might be a few more tidbits in this picture. Anyhow, here’s a blown-up shot of the Pulpit of War: 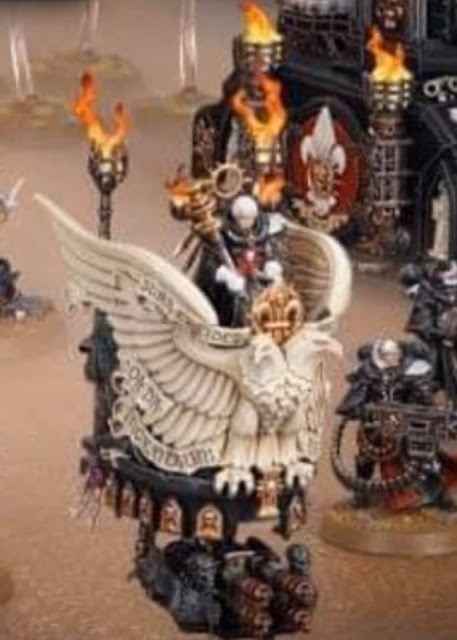 That is certainly a fancy ride whatever it is! you can see the weapon platform below and it looks similar to the Immolator’s load-out: 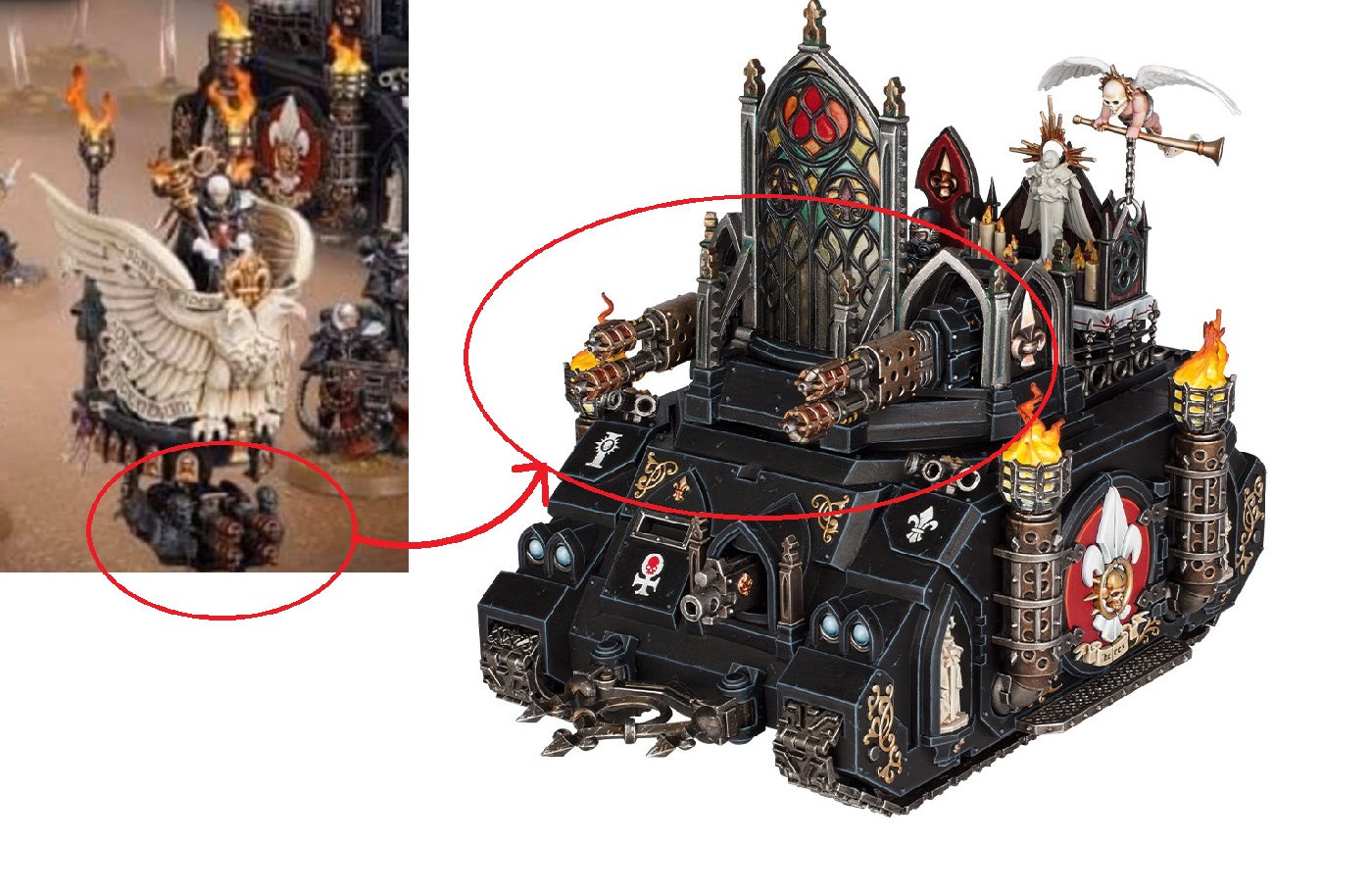 We could have another quad-flamer weapon platform on our hands with this one. This new Sisters of Battle unit has a ton of ornamental extras and sure looks “fancy” enough – we’ll have to wait on the official word from Games Workshop for this new model. Odds are there are going to be quite a few more reveals for any other units in the weeks leading up to the Sisters of Battle Army Set. The limited-edition Codex is in there, so it would be safe to assume that it will have all the current and near-future (2020) Sister’s units in there… I mean, GW wouldn’t print a limited edition codex with a plan to release a new version within months of its release, right? 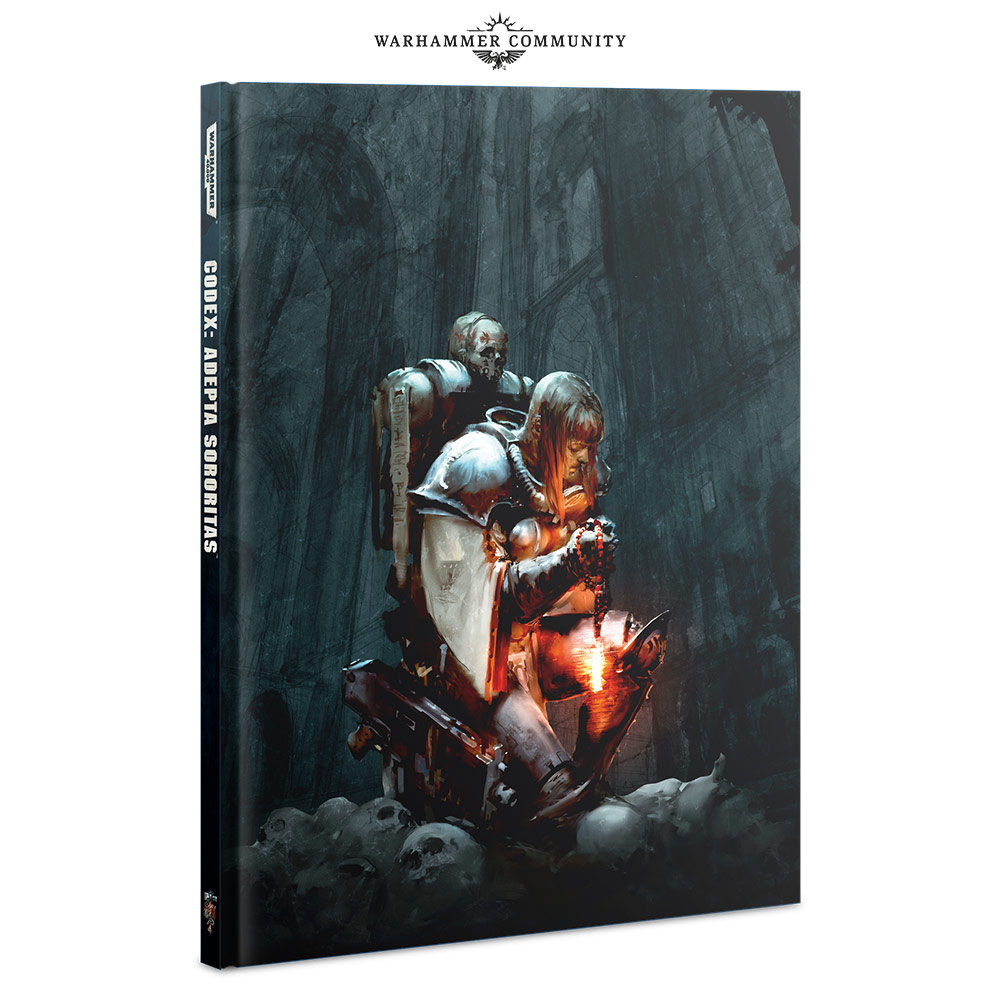 What do you think of this new Pulpit of War? Do you think it’s a flyer? A Landspeeder? Or something completely new?