40K: Ritual of the Damned Mini and Contents 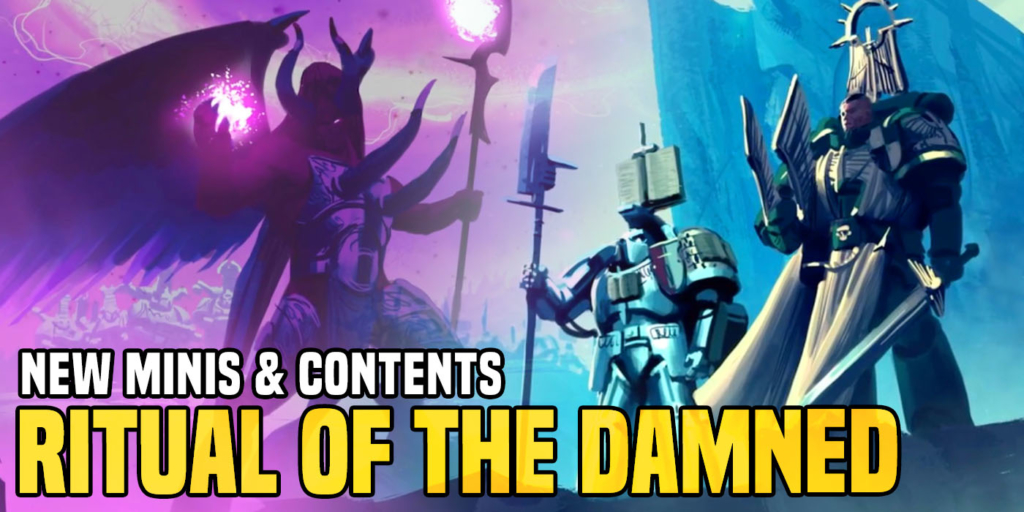 Take a look at the imminent Ritual of the Damned and see what Magnus, the Dark Angels and Grey Knights are up to.

GW reveals that Ritual of the Damned is all about the Dark Angels and Grey Knights looking for payback on the Thousand Sons.  This sounds like a continuation of the narrative from Wrath of Magnus at the tail end of 7th edition, which saw the Dark Angels duped by the Changeling and the return of the Planet of the Sorceror to the Prospero system.

Here’s the video setting up the new book:

“Master Lazarus – former Sergeant, now Captain of the Dark Angels 5th Company! For those of you who remember The Wrath of Magnus, Lazarus was laid low by the fell sorcery of the XV Legion. Reborn as the first Primaris Space Marine of the Inner Circle, he’s back with a dark vengeance and an even deeper hatred for psykers.” 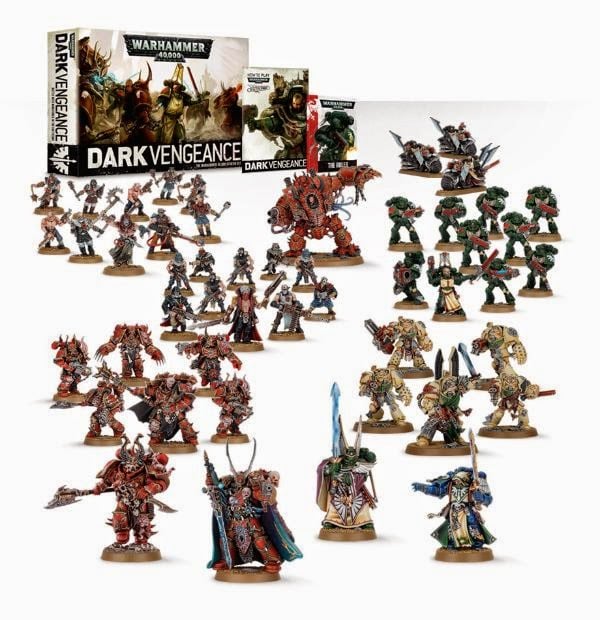 The Dark Angels will also be getting a “last chance to buy” release of many of their older metal characters and the plastic minis from old 2012 6th Edition Dark Vengeance boxed set. 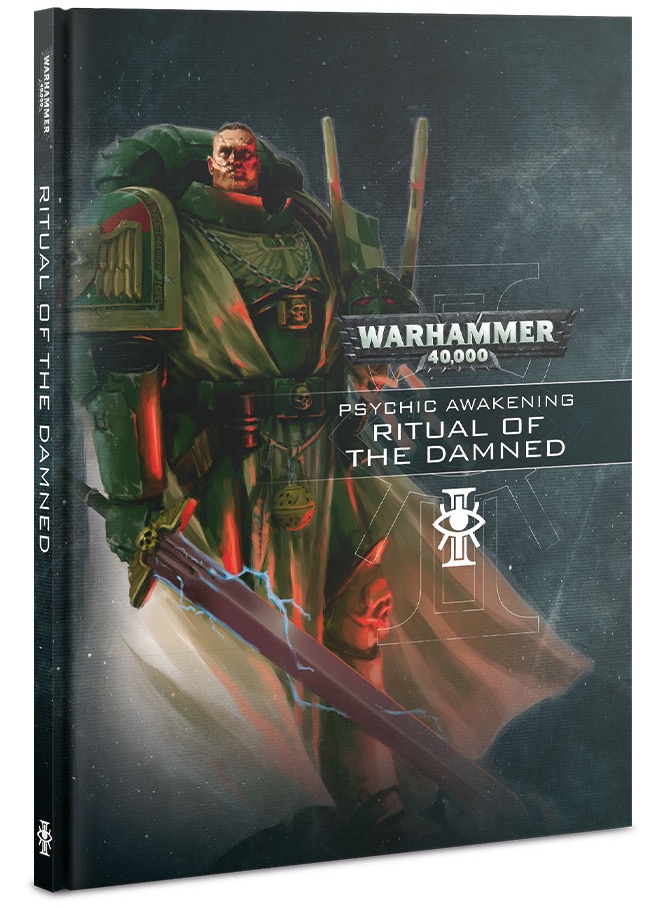 Ritual of the Damned contains the following for the three factions:

Grey Knights – get plenty of new tricks too, including a particularly powerful new ability called Masters of the Warp, which rewards you for taking a dedicated army of Grey Knights, channelling a specific aspect of the warp to provide an army-wide bonus.

Thousand Sons – can now dedicate their Sorcerers to one of the nine Cults of the Legion – a callback to their arcane roots on fallen Prospero – providing them with a plethora of new tactical options.”

Take a look at some new artwork: 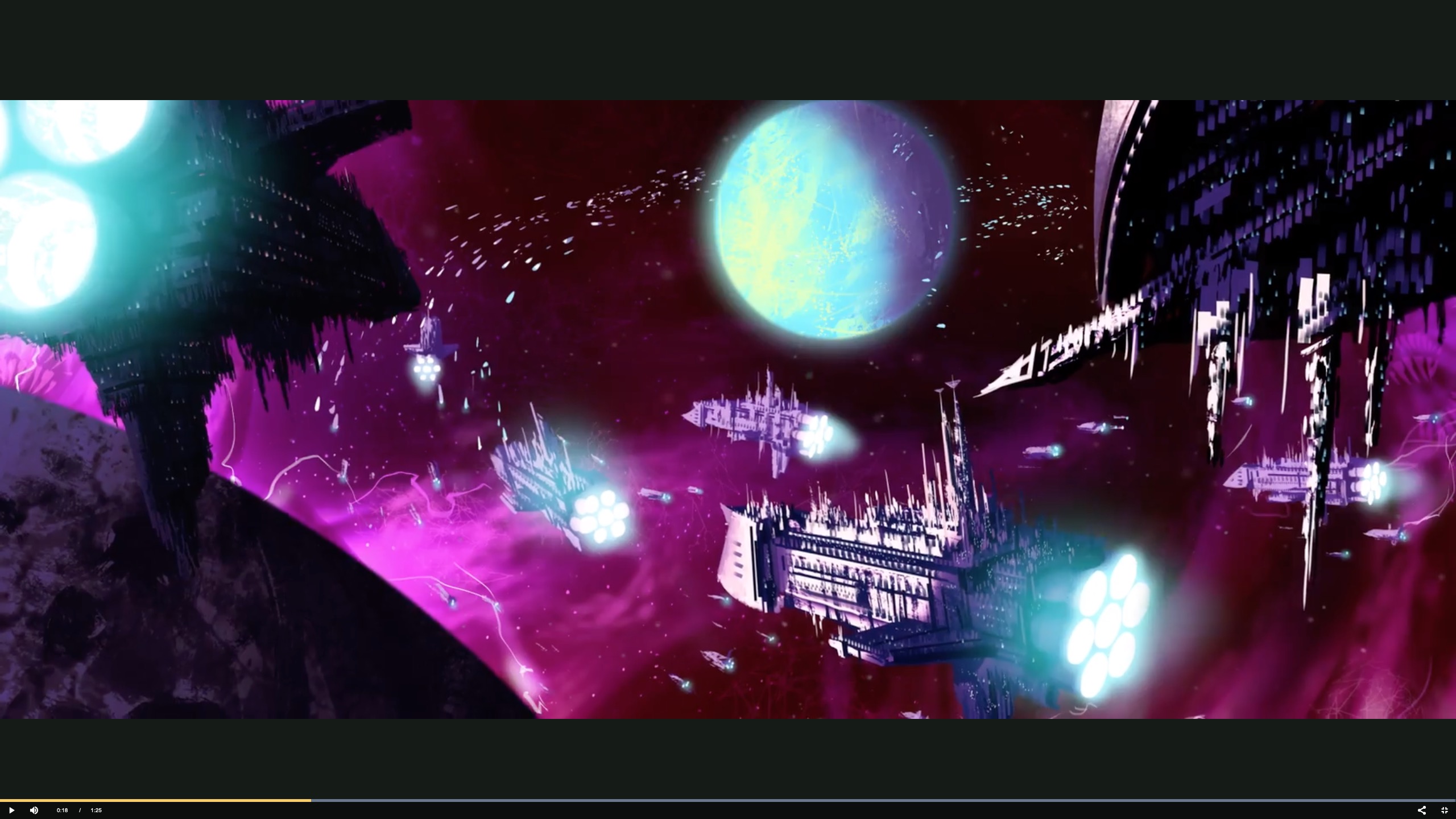 ~No word on exact release timing, but we have gotten 3 of these books in the last 2 months, so it wont be long.

Goatboy's 40k: VERSUS - Lord of Skulls vs Chaos Knight Despoiler 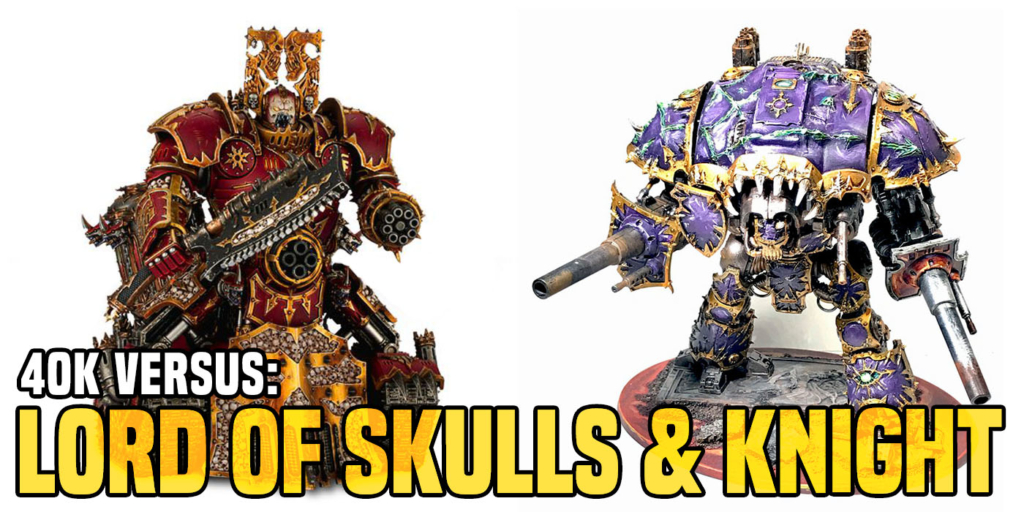