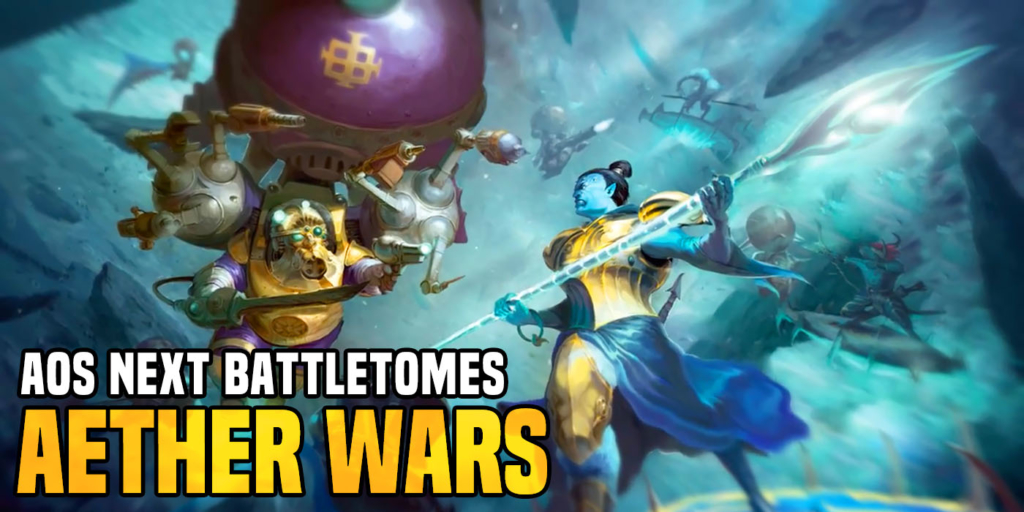 The Aether Wars are coming, bringing epic battle to the skies above the Mortal Realms, so here’s a look at we’re looking forward to.

The Red Gobbo has come and gone, leaving all the good little Squigs and Grots (and the bad ones too, honestly) a Stormvault worth of new GW goodies. Of special interest to me was the brand new box set, Aether War, which pits my absolute favorite faction (Tzeentch) against another I’m dearly fond of (Kharadrons) in an all-flying sky fight. Here are my top three thoughts on the upcoming box set and the accompanying releases. 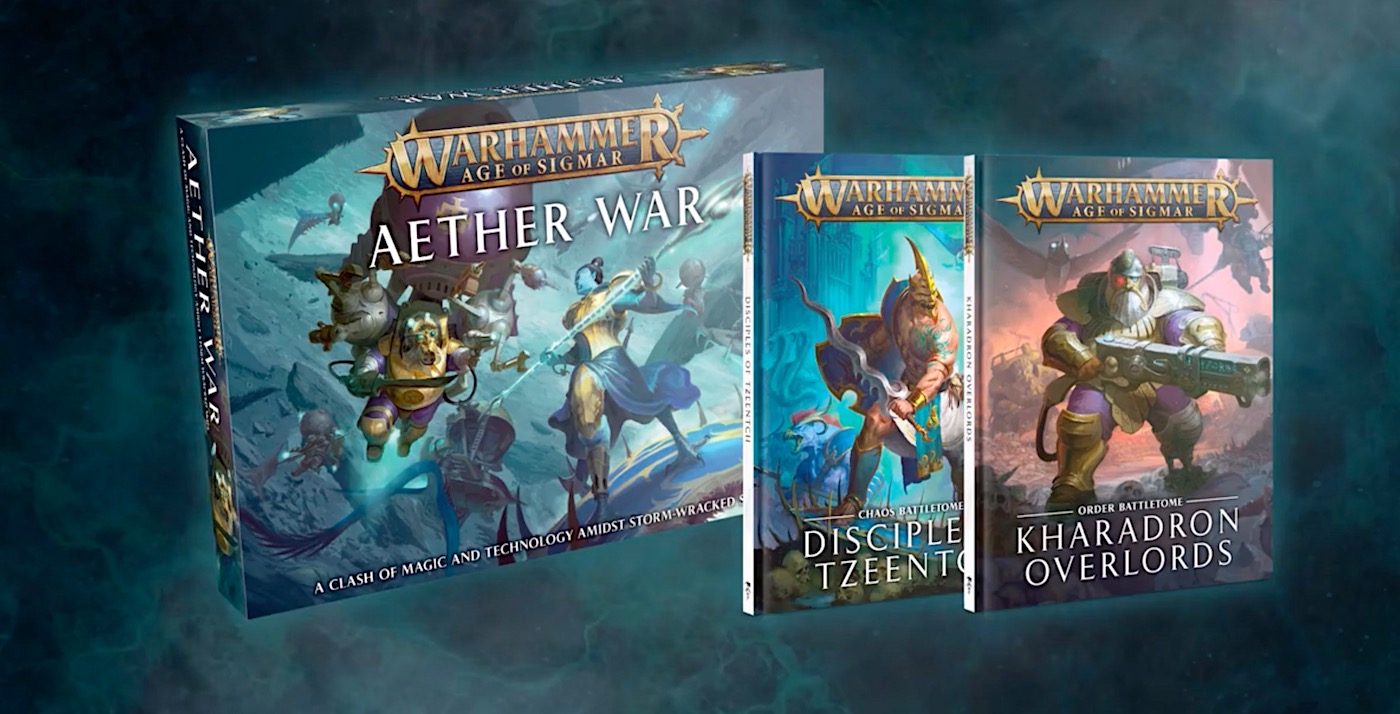 Army Update
I have moaned an complained for quite some time, much to the chagrin of my friends, that while I love my Disciples of Tzeentch army in theory, I don’t have much desire to work on or finish it since their rules are so outdated. The same can be said for Kharadrons, which I considered picking up after I returned to the game last year but decided against it after seeing their slightly dusty battletome. Well, in the spirit of conspiracy and Tzeentch trickery, GW heard my gripes through the small microphones installed in my Black Coach and announced a brand spanking new battletome for both these armies, filling me with great joy and my bank account with great fear. I’m excited to see the updated rules for both armies, what sorts of terrain pieces they get (if any), and just how they decide to make Endless Spells for steampunk dwarves. 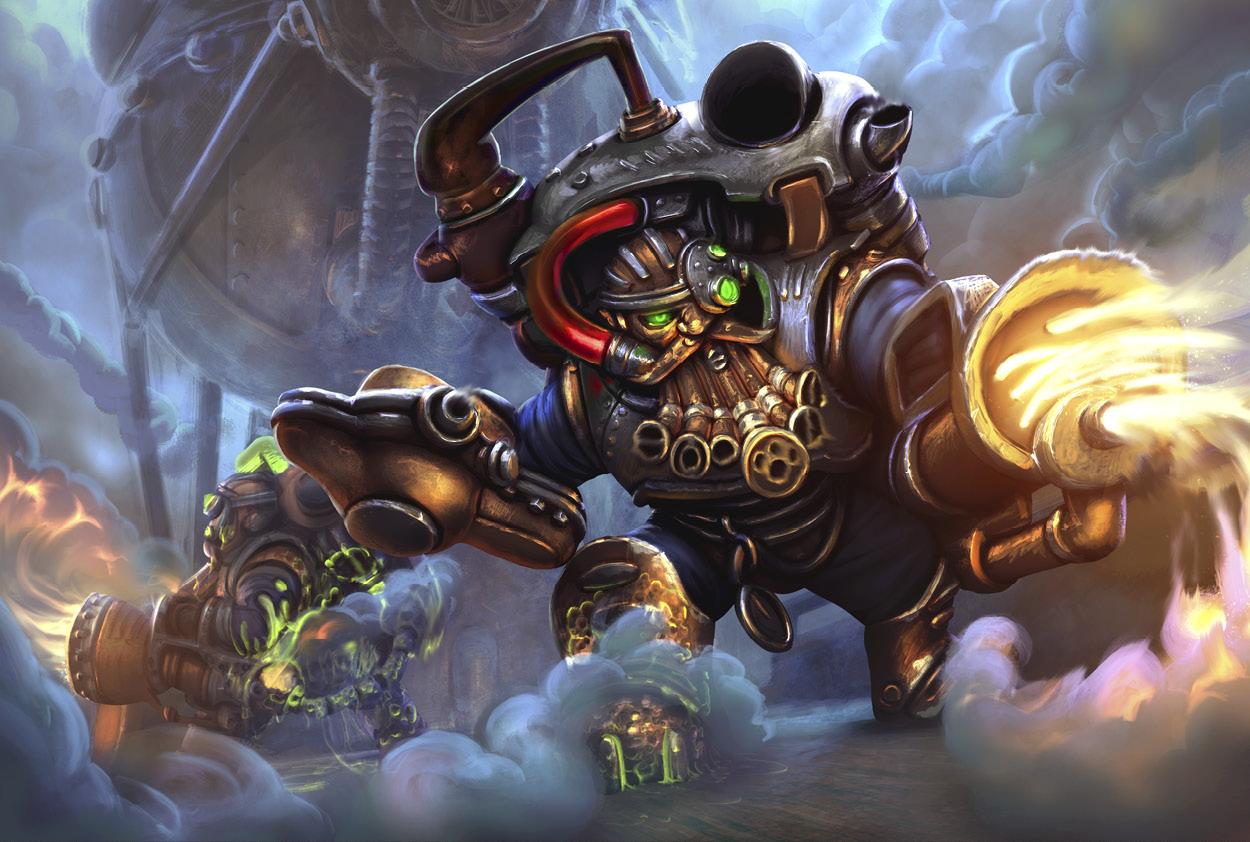 New Characters
No GW battlebox would be complete without the inclusion of two brand new exclusive characters, and Aether War artfully delivers on that front. The Kharadrons get the Endrinmaster with Dirigible Suit, the first unnamed flying character for the faction. Given their proclivity in the fluff for flying around their floating cities, I’m excited to see a flying general that can also take some command traits and artefacts. Tzeentch, on the other hand, gets the Magister on Disc, a flying mage who apparently loves nothing more than making Spawn out of enemies. I’m excited to see a speedy non-demonic leader for my Disciples (outside my lovely Tzaangor Shaman) and hope he brings some gnarly spell power to the table to generate those sweet sweet Fate points (assuming that’s still how it’s done). My true, deep, abiding hope however is that these guys make the units they brought with them to the party battleline somehow, so I can finally realize my dream of an AoS Tzeentchian flying circus.

Cool Models
Outside of the new characters, this box includes a collection of other great models, and if the price is similar to past boxes it will be a great value as well. For Tzeentch, you get 6 Tzaangors on Discs (which can be built as either Enlightened or Skyfires) and 3 Screamers of Tzeentch, while the Kharadrons get 3 Endrinriggers, 3 Skywardens, and a Grundstok Gunhauler. Estimating the cost of the included heroes, this is a savings of over $100, and a pretty good start to both of the armies (especially if the new heroes or battletome make the fliers battleline). Even without the value, these are gorgeous models and will probably be pretty powerful in the new book. Plus, you get a steampunk boat, and honestly that would be enough for me to jump in with both feet.

Will you be snagging one of these boxes? 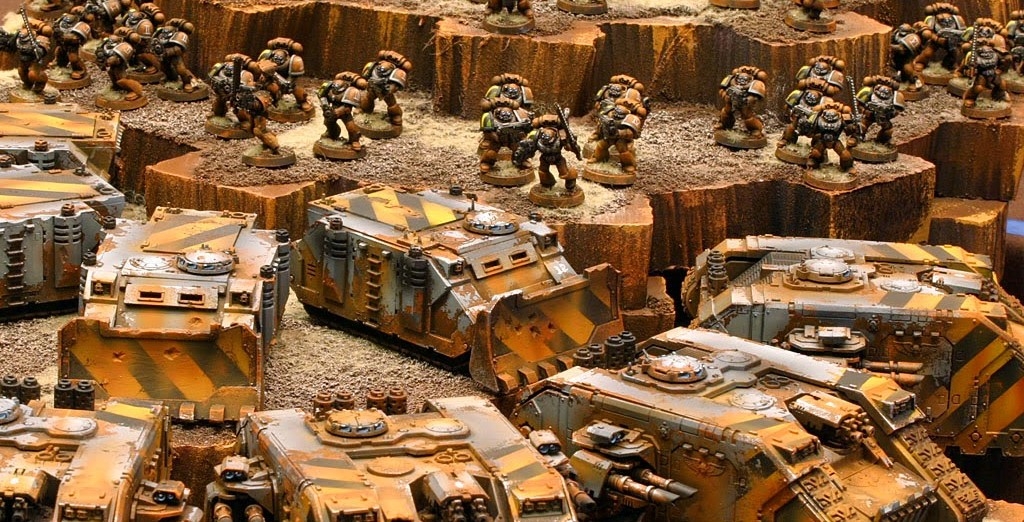