The Mortisan Boneshaper is one of the newest heroes for the forces of Death–find out how you can make the most of this bone wizard.

With Slaves to Darkness on the way, it’s pretty easy to forget the hype surrounding the brand new faction that GW dropped on us just a few weeks ago. But don’t worry, I am still hype enough for the rest of us, and I’m here to sing the praises of another of my favorite bone boys, the Mortisan Boneshaper. Here are my thoughts on the deathly master of artifice, and some tactics for using him on the battlefield. 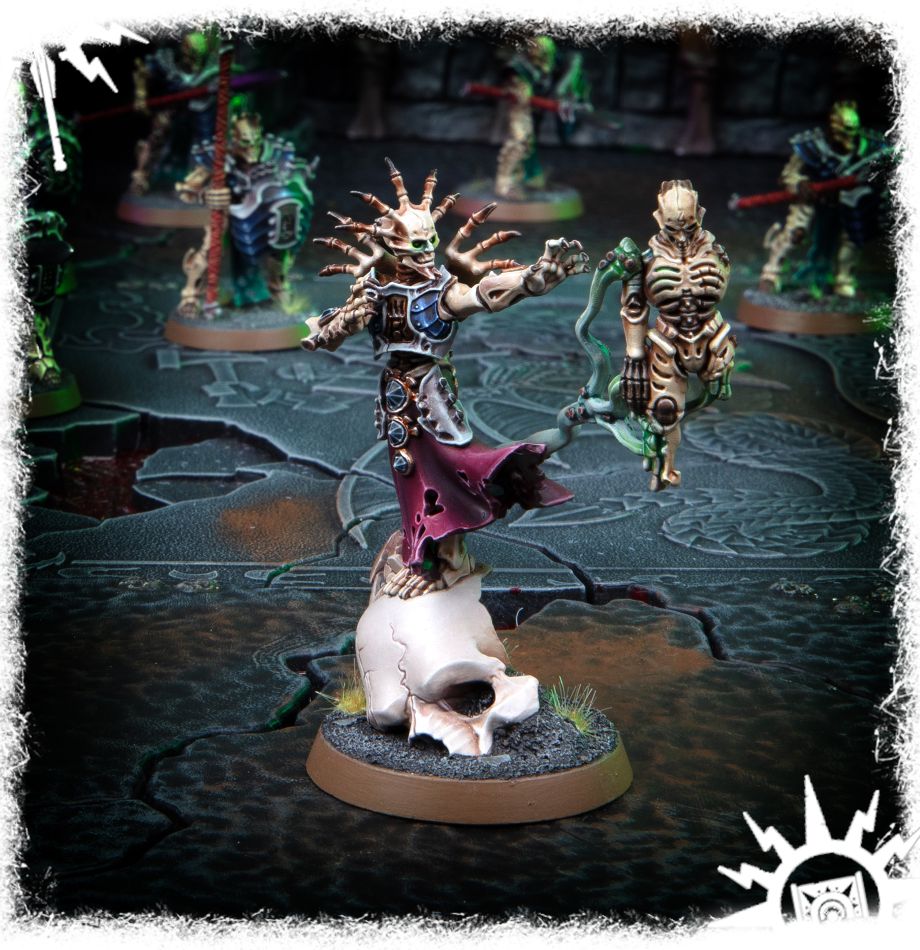 The Mortisan is a mage, so he isn’t going to be much of a combat monster, but I assure you he more than makes up for it with his abilities and magic. He’s got a fairly decent stat ring for a foot mage, with 5” of movement, 5 wounds, and a 4+ save (3+ if you took the Petrifex Elite subfaction, which I would recommend). Combined with the Deathless Warriors trait giving him a 6+ FnP, he’s pretty durable for a wizard, so he can confidently be kept close to your combat units, which is good because that’s exactly where you want him. He does have an Ossified Talons attack, giving him 2 attacks that hit on a 3+, wound on a 4+, and deal 1 damage each, but just because he can be CLOSE to the fighting does not mean you want him in it. I would suggest, if you need to bring him close to a dangerous enemy unit, bringing a unit of Immortis Guard to babysit him.

They can fight his enemies, leech damage off him on a 2+, and he can heal them up should they take too much damage, but more on that in a moment. His signature spell is also an offensive piece called Shard-storm, which casts on a 5+. Should it be cast successfully, you pick 1 unit and roll a d6 for each model within 18”, dealing a mortal wound for every 6. It’s a decent spell, and can soften up a target for a Mortek or Kavalos Charge, but I wouldn’t rely on it as a primary damage source. 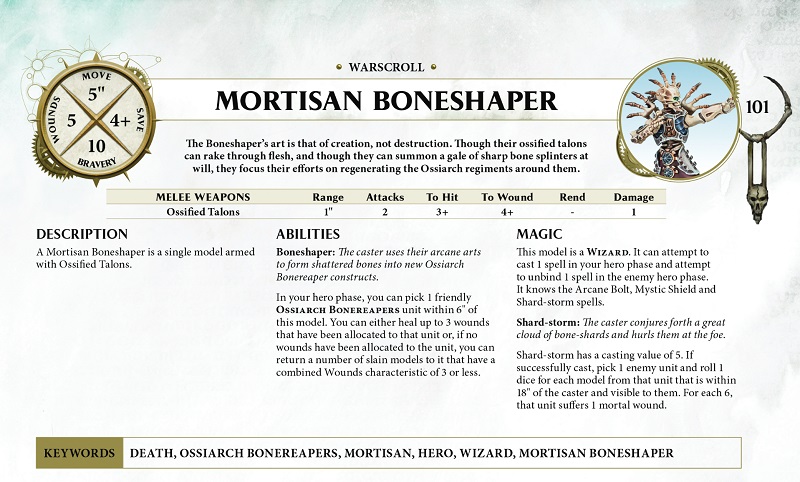 Though he may not be much on the combat side, the Boneshaper is my favorite because of what a rad support piece he is. His ability, Boneshaper, allows him to heal 3 wounds to one Ossiarch unit within 3” of him or, if that unit has no wounds allocated to it, to return up to 3 wounds of models to that unit (so 3 Morteks or 1 Kavalos). If you are following the babysitting strategy above, this makes his bunker VERY hard to shift, healing any wounds they happen to take and keeping them alive a little longer to keep protecting him.

It will also allow you to keep your Morteks at full strength, and considering how hard they are to move anyway with their Shieldwall ability, this will make sure most fights go in your favor. For added benefit, take the Artisan’s Key artefact for your Boneshaper, which will allow him to use his ability on two separate units or even the same unit twice! This is huge, as it could bring a minimum size Mortek unit from almost dead to almost full and you don’t even have to roll for it.

Since he counts for his own ability, you can also use this to heal his Immortis bodyguard and then heal himself of any wounds they didn’t manage to catch. Keeping with his support role, I would suggest equipping him with a supportive spell, like Empower Nadirite Blades, to make a nearby unit of Morteks or Kavalos more fighty, or Reinforce Battle-shields, which will keep you battleline and Immortis Guard alive just a little longer. If you keep him close, but not directly in combat, the Boneshaper can turn the tide of most fights, so make sure you also keep him protected since he’ll be a prime target for your enemies. 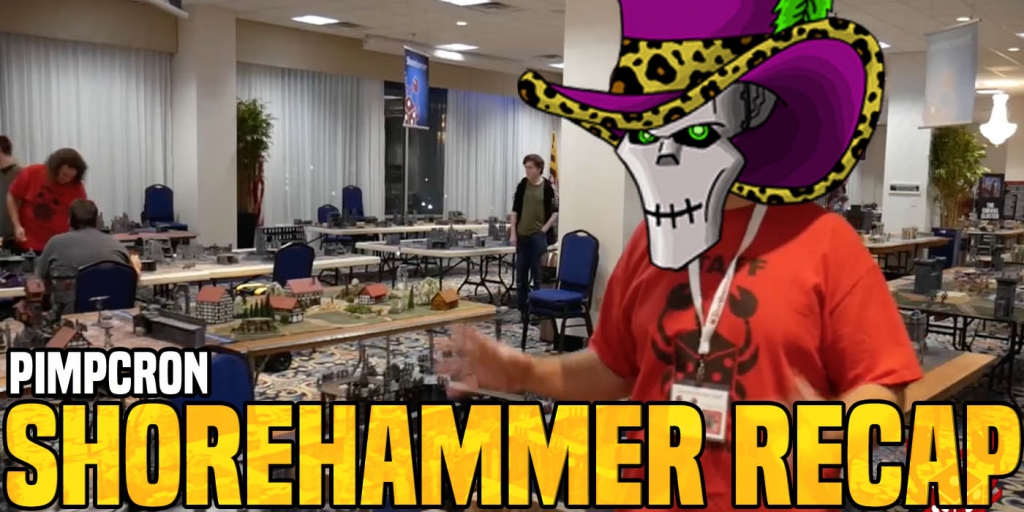