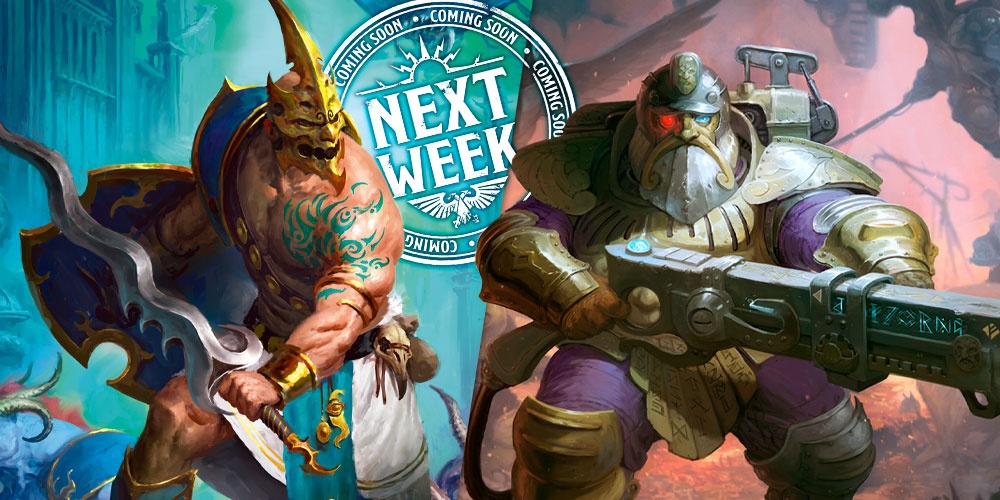 Next week the Aether War kicks off, bringing the Kharadron Overlords into battle with the Disciples of Tzeentch. Both armies get new tomes and more!

There is a war in the skies above the Mortal Realms. The steampunk forces of the Kharadron Overlords are squaring off with the disc-driven forces of the Disciples of Tzeentch in a new boxed set coming next week, which includes two airborne armies, as well as the core rules, and a campaign book. But alongside this release: two new Battletomes that update the Kharadron Overlords and the Disciples of Tzeentch with new rules, terrain, and for the Tzeentchites, Tzeentchians? Tzeentchos? whatever it is, they get some new Endless Spells. Check it out. 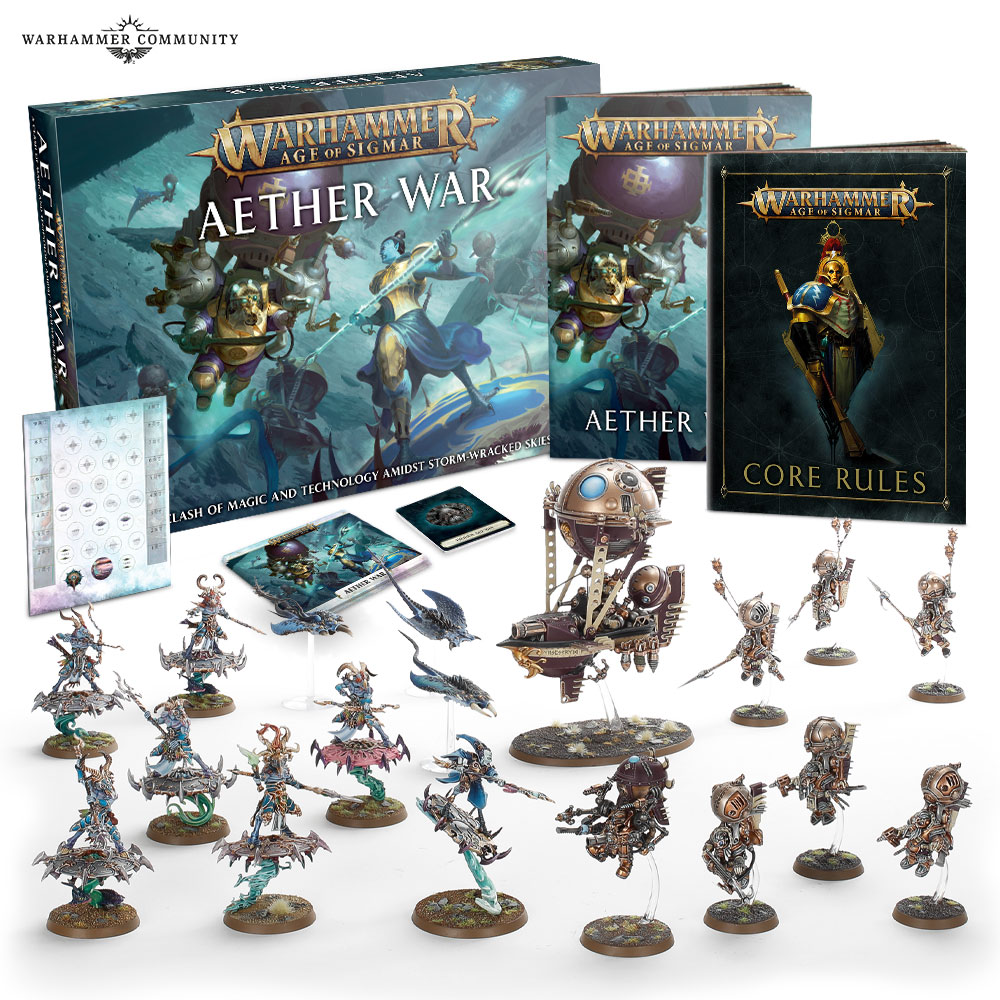 First up is the big Aether War boxed set, which adds an all aerial army on either side of the conflict. Taking place in the Spiral Crux, a location rich with aether-gold and more, you’ll find two armies with 18 miniatures, including two brand new champions, exclusively available in the battlebox–for now. Wether you’re looking for an Endrinmaster with Dirigible Suit or a Magister on Disc of Tzeentch, you’ll have two powerful new heroes ready to lead their updated new armies into battle.

How are these armies getting updated? Well I’m glad you asked. Take a look at the new Battletomes coming out next week! 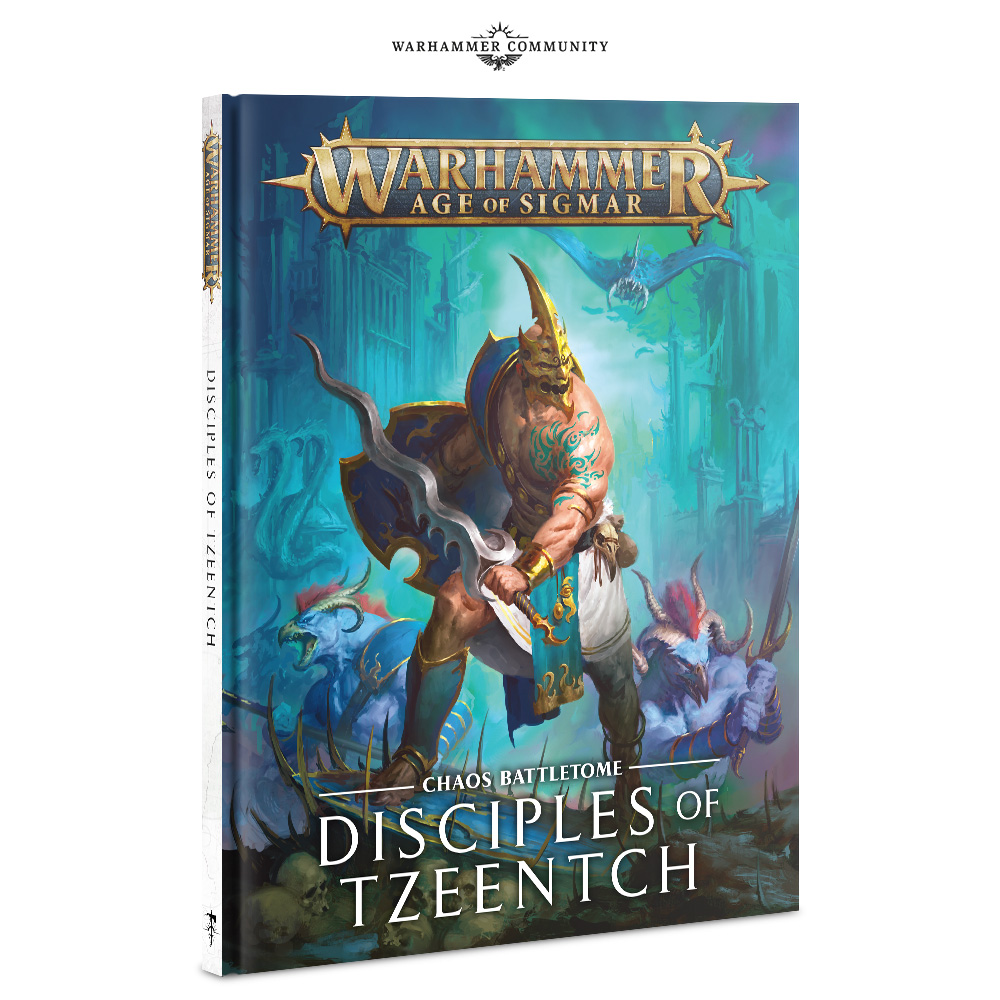 Both the Kharadron Overlords and the Disciples of Tzeentch are getting new Battletomes, which is fitting for these armies that helped lay out the groundwork of sub-factions and army abilities that would become a crucial part of Age of Sigmar 2.0. 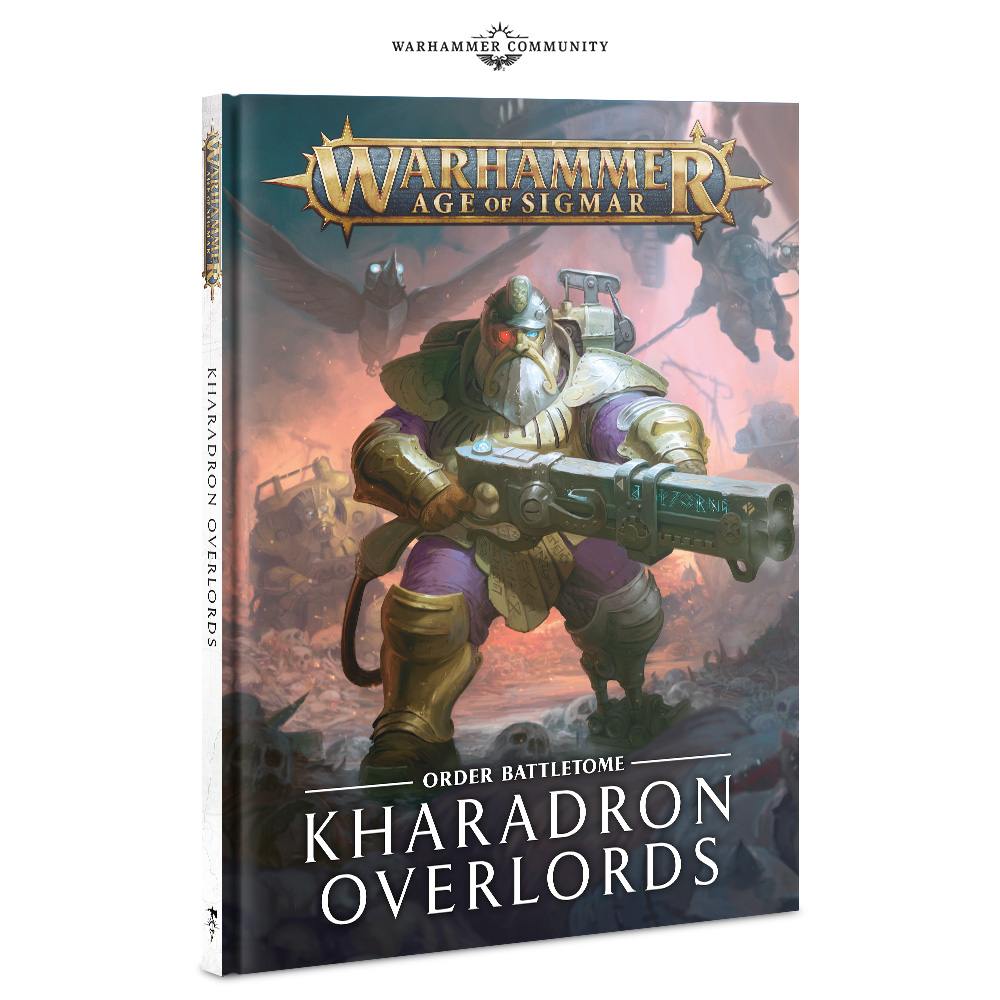 These Battletomes bring both factions in line with the current ruleset, including everything you’d expect from Terrain and customizable abilities, and of course new Endless Spells. 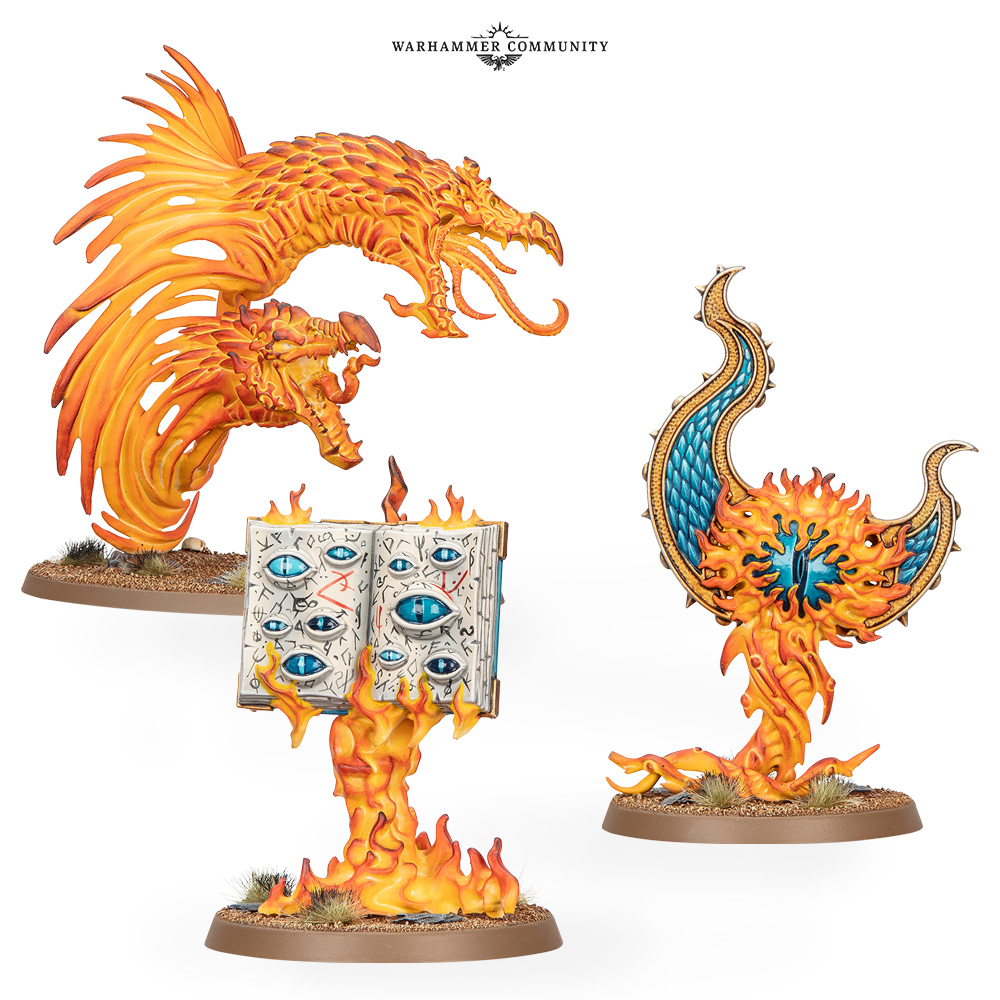 Now only the Disciples of Tzeentch are getting the Endless Spells. I’m sure the Kharadron Overlords will have some equivalent, but for now, we only know that the Disciples will have a Tome of Eyes, a Daemonic Simulacrum, and the warping, twisting Burning Sigil of Tzeentch. All of these rules will doubtless be previewed over the coming week, so check back for more info.

I guess both of these armies are about to really take off. 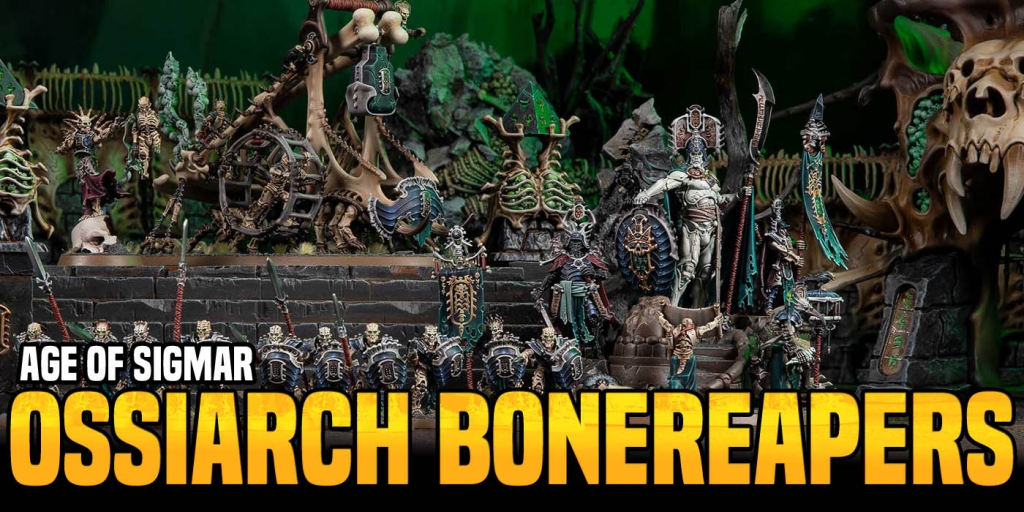