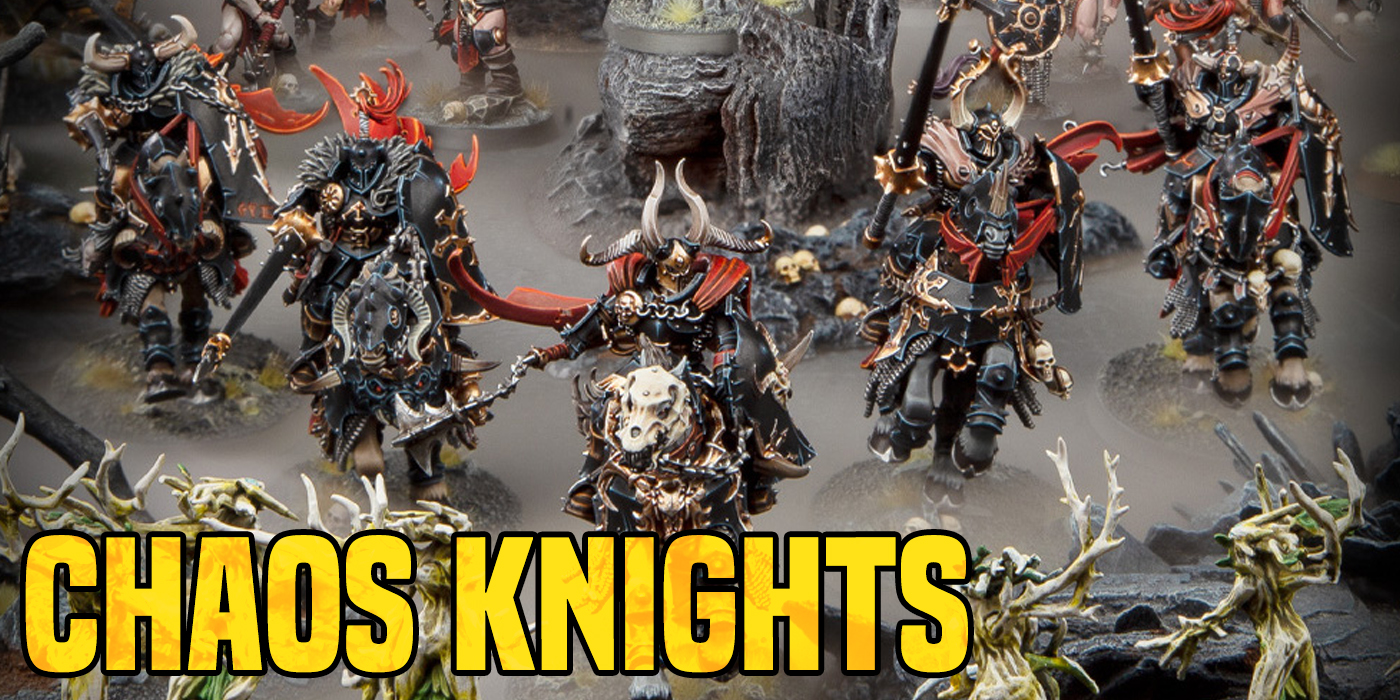 Come and take a closer look at the new Chaos Warriors and Knights out of the sexy new Slaves to Darkness box/battletome coming next week.

You’ve seen the announcement, Slaves to Darkness are here, bringing spikes and blades and horns and skulls and some furs back in a big way. These new chaos warriors, knights, and champions look incredible–they’ve taken the old world aesthetic and updated it for the Age of Sigmar, giving us some of the most dynamic Chaos Warrior models we’ve seen in quite some time. Where were these when I was playing Hero Quest, is what I’d like to know. Fueled by Archaon’s power and the raw chaos that lurks in the Varanspire at the heart of the Eightpoints, these new miniatures look sinister and strong. And here’s a closer look at those delicious details.

Alright, let’s start with the basics. Here are the new Chaos Warriors:

Each of these has appropriately gruesome trophies available to them. Their iconic horned helmets sometimes belie physical mutations, other times are just decorative. But look at the detail on the shield, or the head dangling from the grip of an axe wielding warrior. 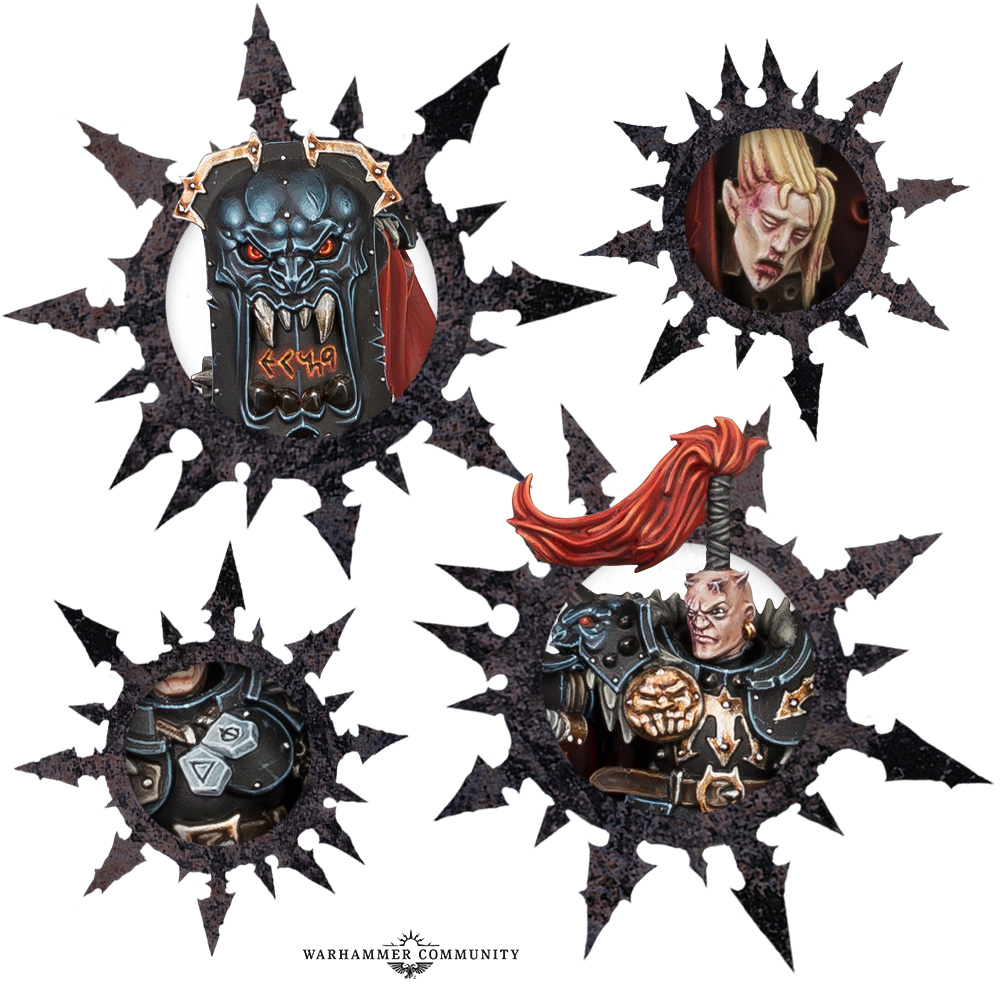 These warriors aren’t restricted by needing to rank up with other models in a movement tray. They can instead be as dynamic and dramatic as you want. And it shows in their poses, doubly so with the Knights, whom we’ll get to in a moment, but the Warriors are full of life. And they’ve got some new faces in the ranks, literally, showing off some unhelmeted heads like that glorious top knot up there. But there’s even more–a variety of male and female bare heads are available in the range, meaning if you wanted, you could theoretically field an all woman army of Chaos Warriors/Knights. 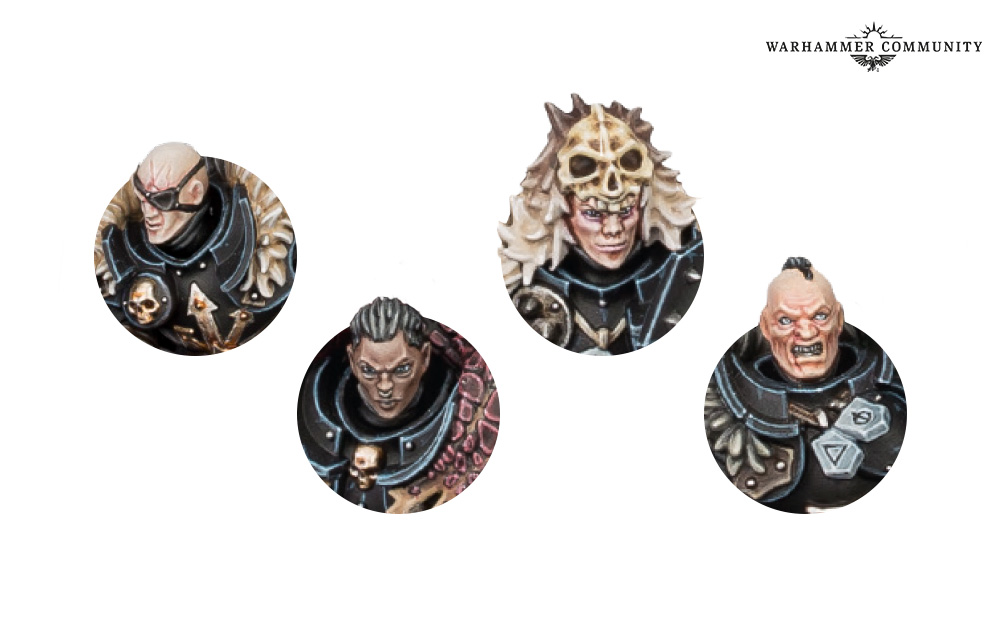 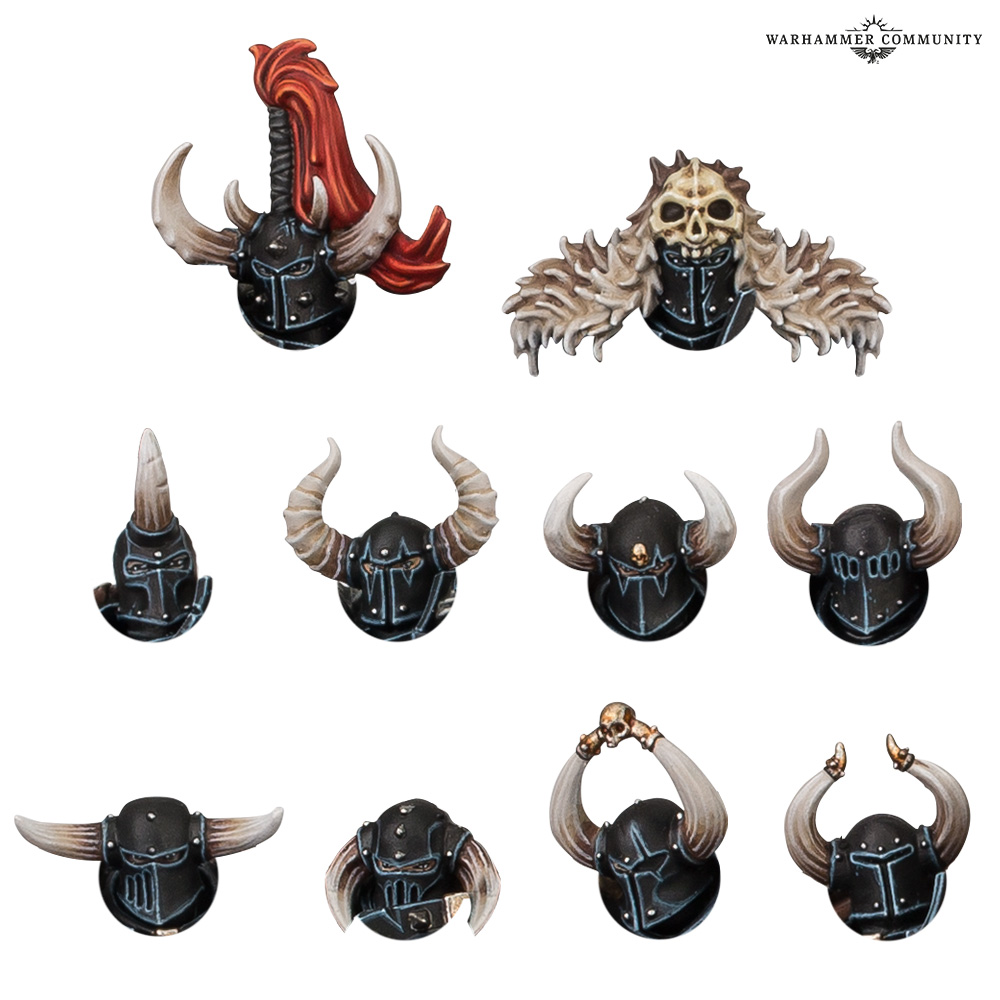 And Chaos Knights are probably best equipped to wear helmets for long periods of time. After all, helmets aren’t the best for your skin, but neither is being a servant of Chaos, so you don’t have to worry about it. The real treat here though, are the Chaos Knights. You’ve seen them right? If not, here they are: 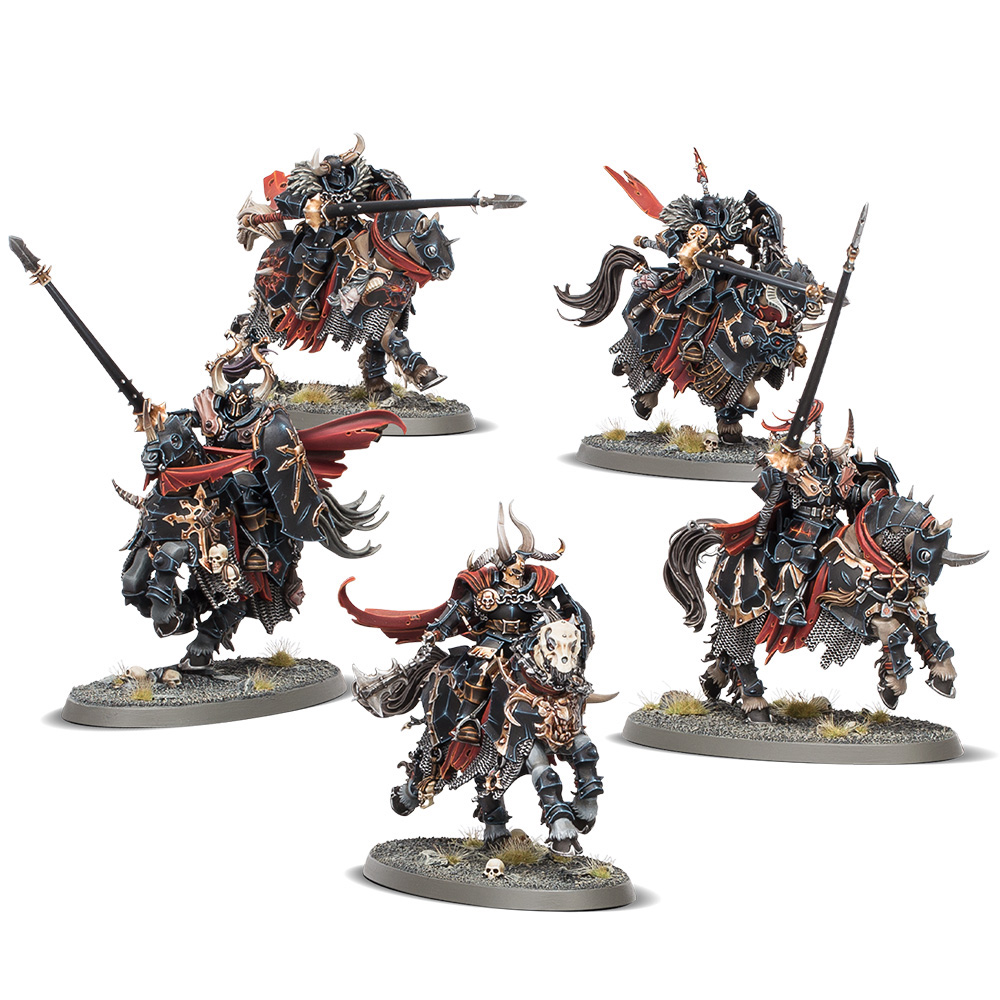 They are gorgeously evil. Look at that power and deadliness in them. They’re galloping and striking and they’ve got such confidence to them, which is a weird thing to say about plastic, but it really goes to show how much story you can convey with just a sculpt and paint job. I want to run with these in my next D&D game, somehow. 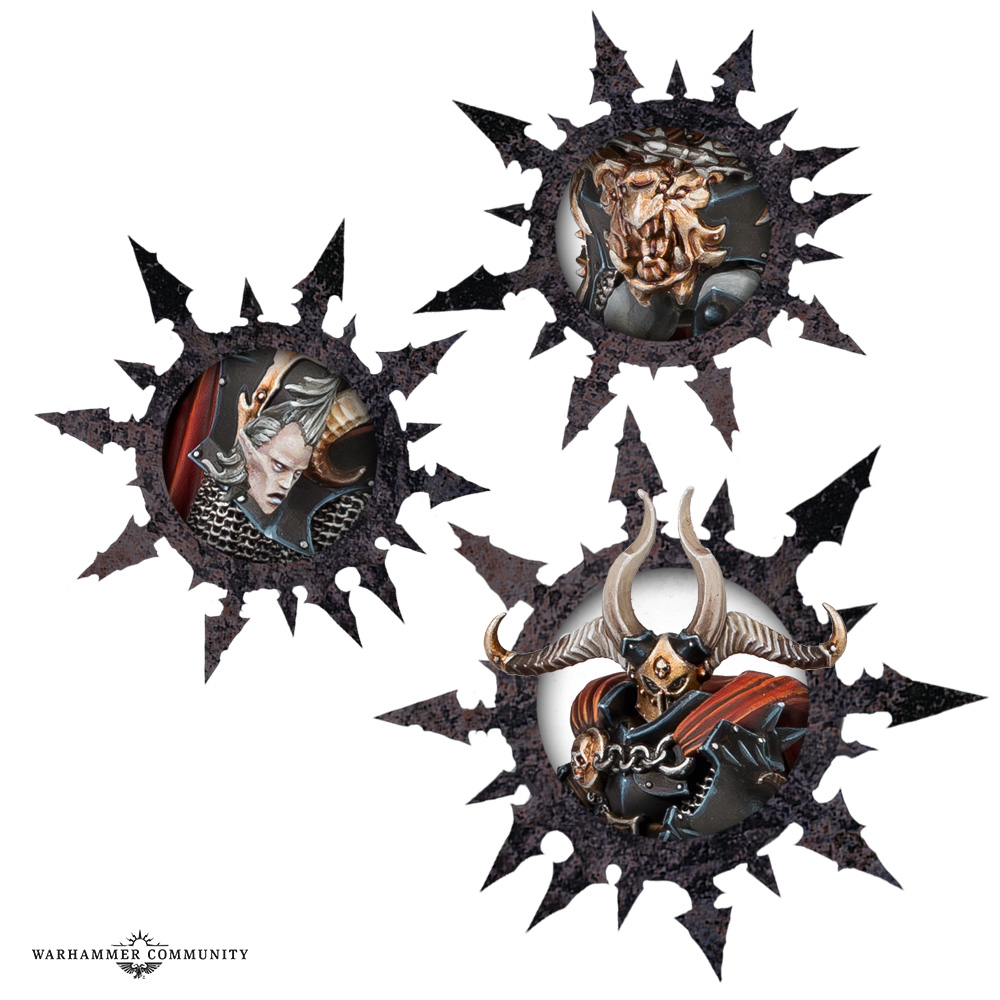 And you can find the same ominous details here. Their armor is dark and despairing. Just look at the Chaos Champion: 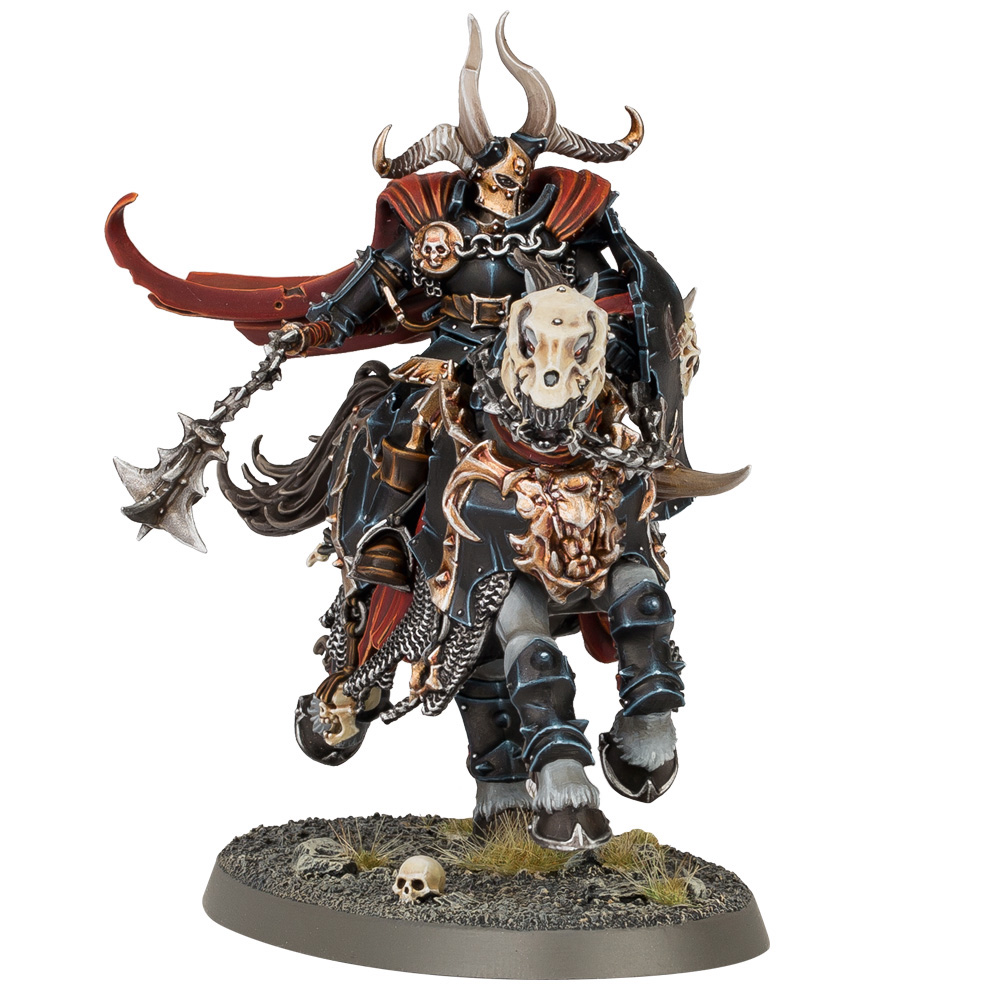 That’s the sort of thing that brings about an end to kingdoms. Or at least like a small collection of villages. And now we get to my favorite, the Karkadrak. It isn’t necessarily the best miniature in the collection, but it is the most fun name to say. 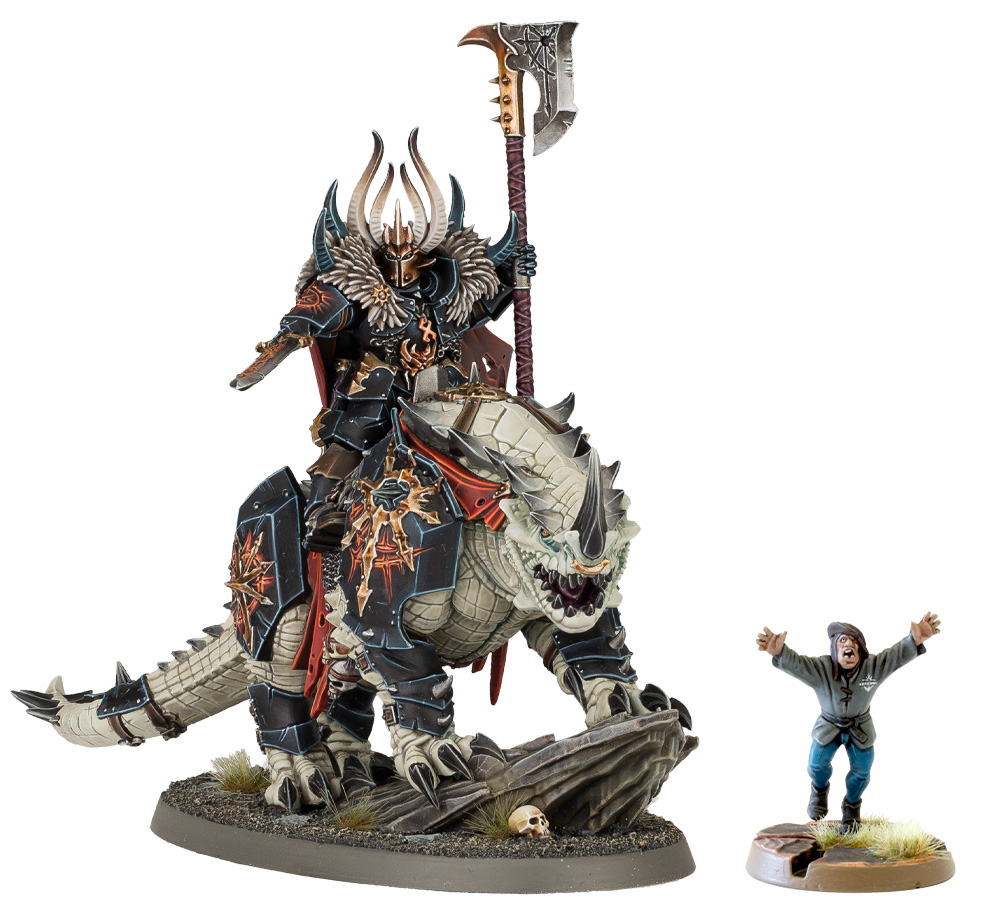 And while the karkadrak doesn’t come with a free Johann, every kit should–it’s the perfect companion piece to this model. Chaos should have fleeing villager markers that they can deploy before the game begins, kinda like how undead get their graveyard markers. The new lord proves my point about skin condition and helmets though. 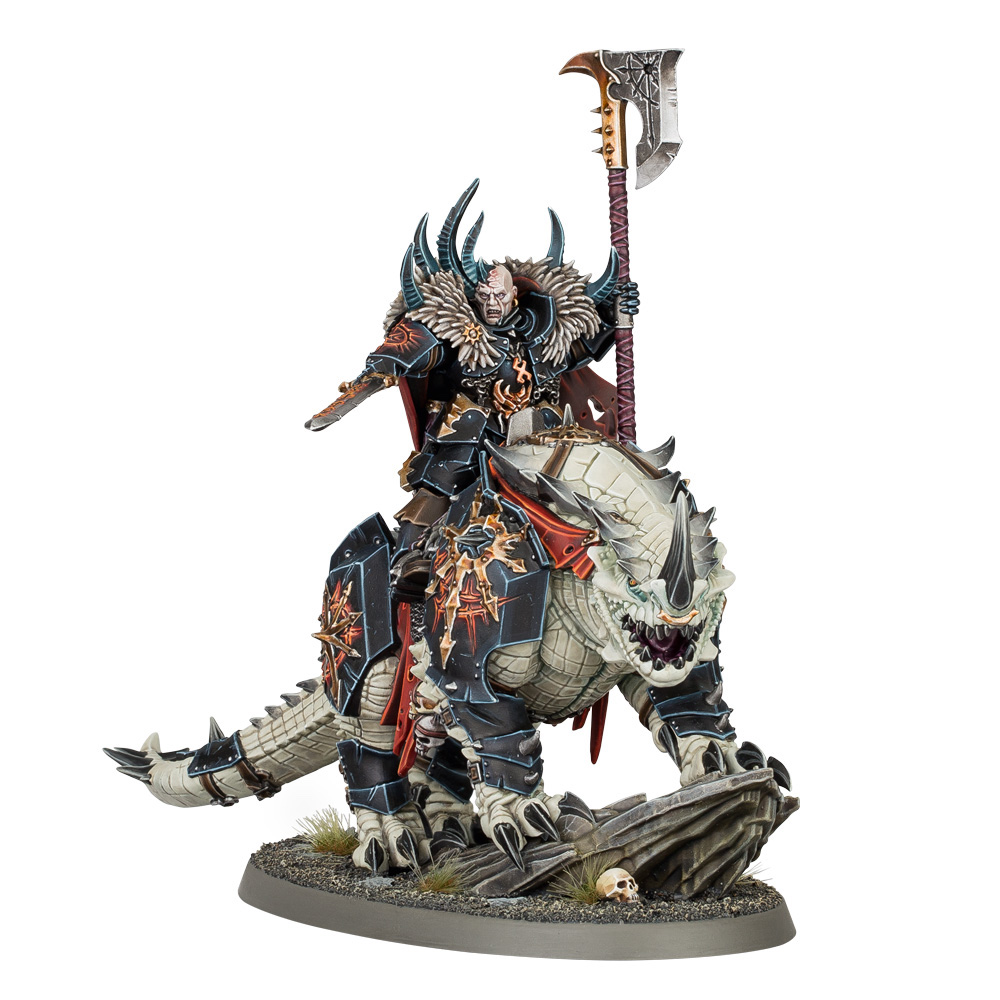 All of these are out for pre-order next weekend, so keep your eyes peeled for more rules and such as to how these actually work.

In the meantime, let us know what you think of these warriors in the comments!