Warcry: Gotrek Brings The Pain In The December White Dwarf 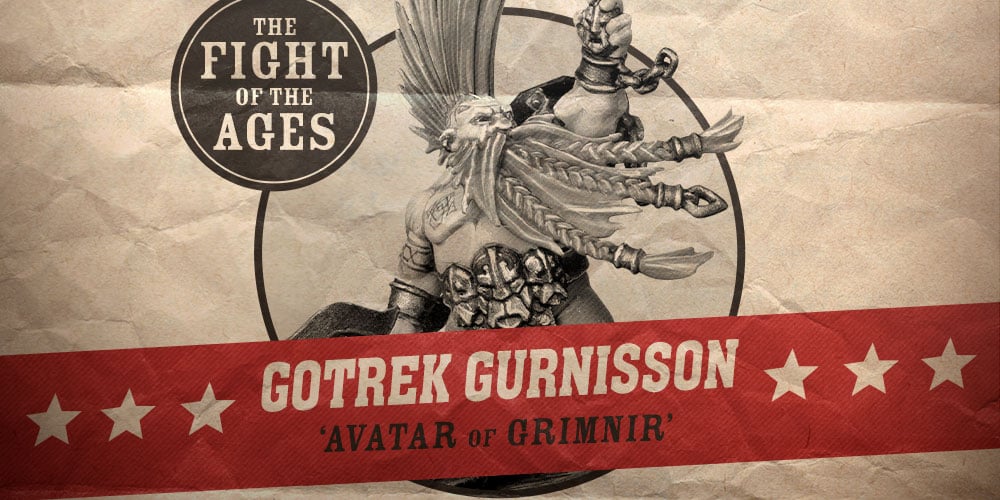 Gotrek Gurnisson brings his brand of beatstick to the skirmish side of Age of Sigmar as he gets rules in White Dwarf for Warcry!

If you’re looking to take the ultimate Slayer out for a spin in Warcry, you’re going to want to pick-up this month’s White Dwarf. Not only are there rules for using Gotrek in Warcry, but he’s got a pair of special scenarios to help keep things interesting for the Avatar of Grimnir.

“Gotrek is, to put it mildly, a bit deadly. He has six attacks at Strength 6, so he can throw out massive amounts of damage – and while he’s slow, he has abilities that let him close with enemies faster, plus a Quad ability that gives him a bonus attack that adds double the dice value used to determine damage – for a potential 18 damage for a critical hit! “

With all that damage a typical fight or the ability to just “add” him to your Warband seems a bit…unbalanced. So to compensate, GW has created two challenge battles that you can use Gotrek in. 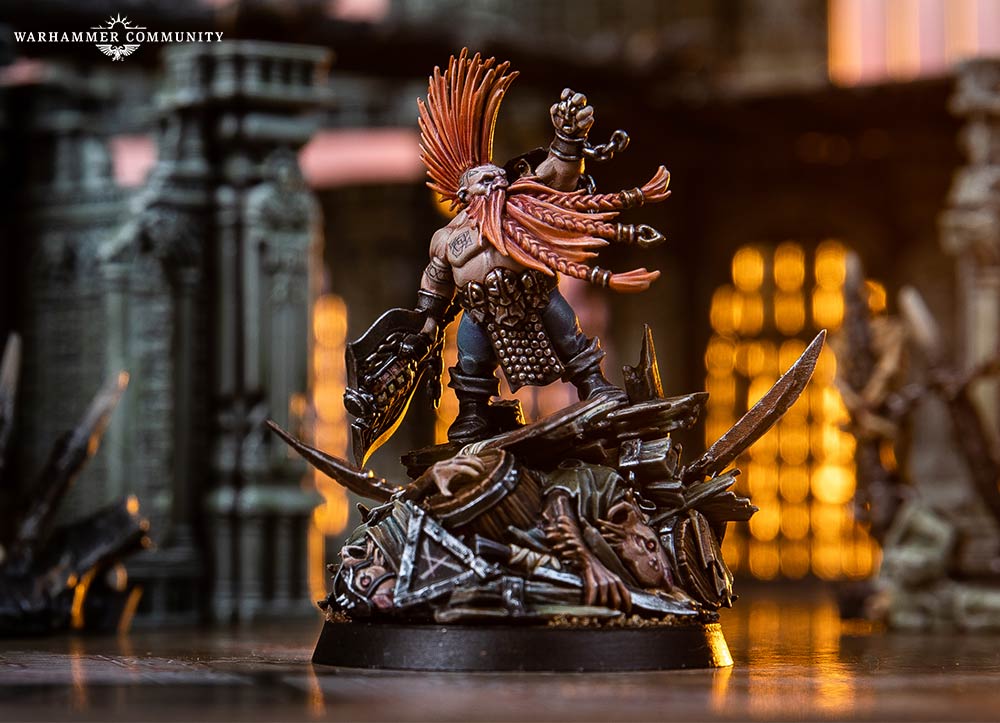 This Challenge battle is for any Chaos, Death, or Destruction Warband. The scenario is pretty simple: Survive Gotrek. And to get the job done you get to use a whopping 1500 points of your Warband! Good Luck – you’ll need it.

“In this challenge battle, Gotrek can use three actions each time he activates. There’s a decent chance that’s gonna be three of your fighters having a bad day. The objective here isn’t to kill him, it’s to see how long you last… Glory points await based on how many turns you survive before Gotrek kills literally every one of your fighters.” 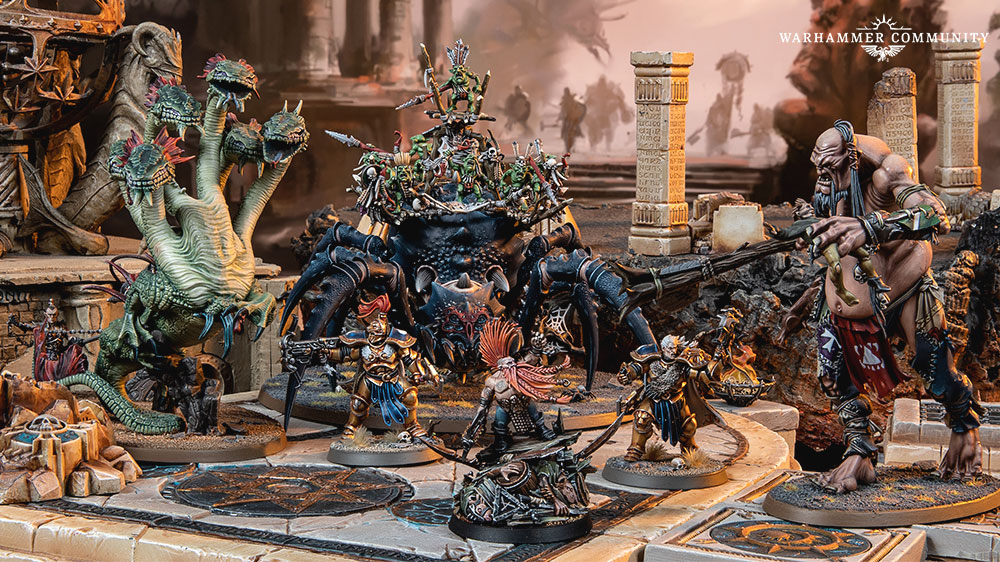 For Order Warbands, you’re going on a Monster Hunt. The object of this one is to take on monsters and grab loot. Hopefully, your warband can handle carrying all that luggage around while Gotrek mops up the monsters…

“The adversary player will use three monsters, who keep coming back when they die. One monster can randomly be designated a “monster prime” – it won’t respawn, so when it’s killed the game is over and you keep your gathered treasure.”

While these are the two “official” scenarios to play with Gotrek, there is always the option for your Warcry league/campaign to try some other more homebrew options. GW mentions using him to go “bounty hunting” vs the top Warband who might be getting too big for the rest to handle. Or perhaps all the warbands get together to try and take him down with the player who delivers the final blow getting a prize. I’m sure everyone will be thrilled to work together to ensure victory. Definitely no backstabbing or plotting of any kind. 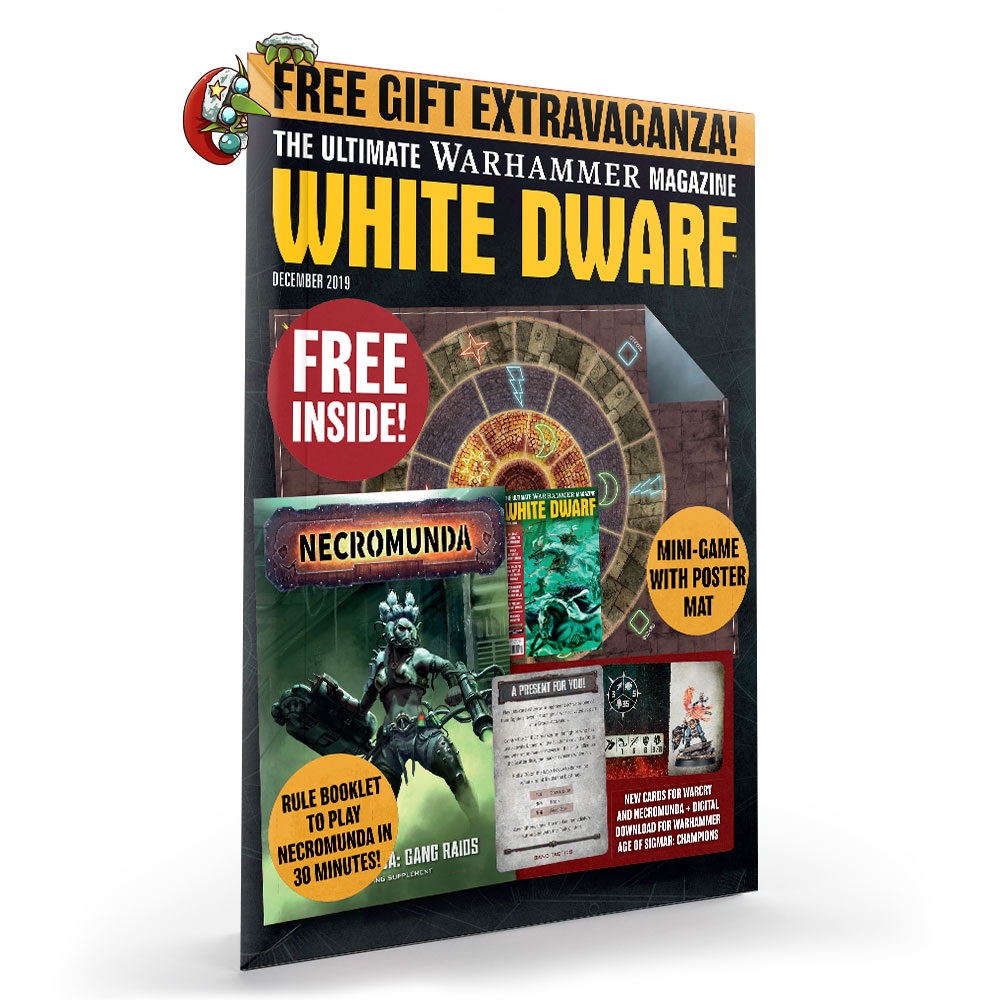 Again, all the rules for Gotrek and the two scenarios can be found in this month’s White Dwarf. Enjoy the thrill of the hunt with Gotrek Gurnisson!