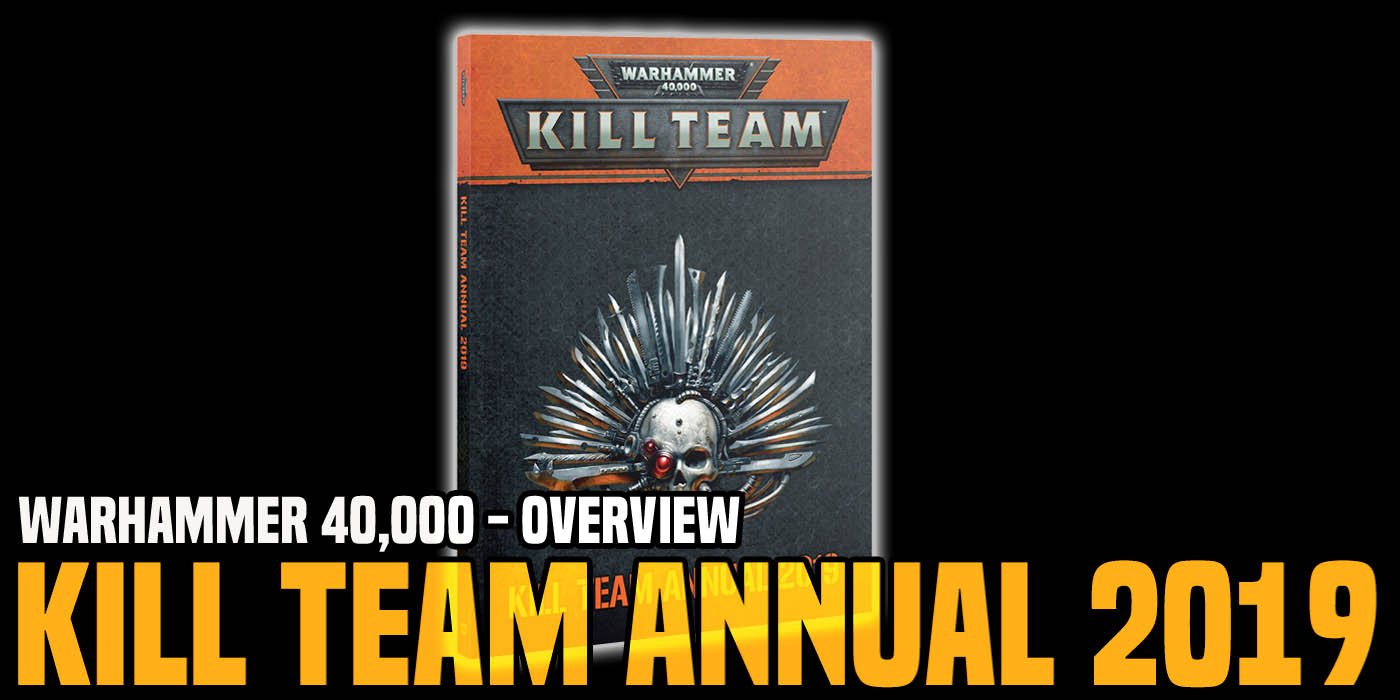 The Kill Team Annual is here for 2019, bringing you new scenarios, new specialisms, and of course, the long-awaited Sisters of Battle Kill Team rules.

Alright folks, Kill Team Annual 2019 is here, and we’re going to take you through the book so you can see what awaits you. For those of you who’ve been playing the game, you know how GW has slowly been pushing it to be a bit more competitive, especially with some of their tournament rules. Now we have a compilation of points and auras and rules all in one handy reference. 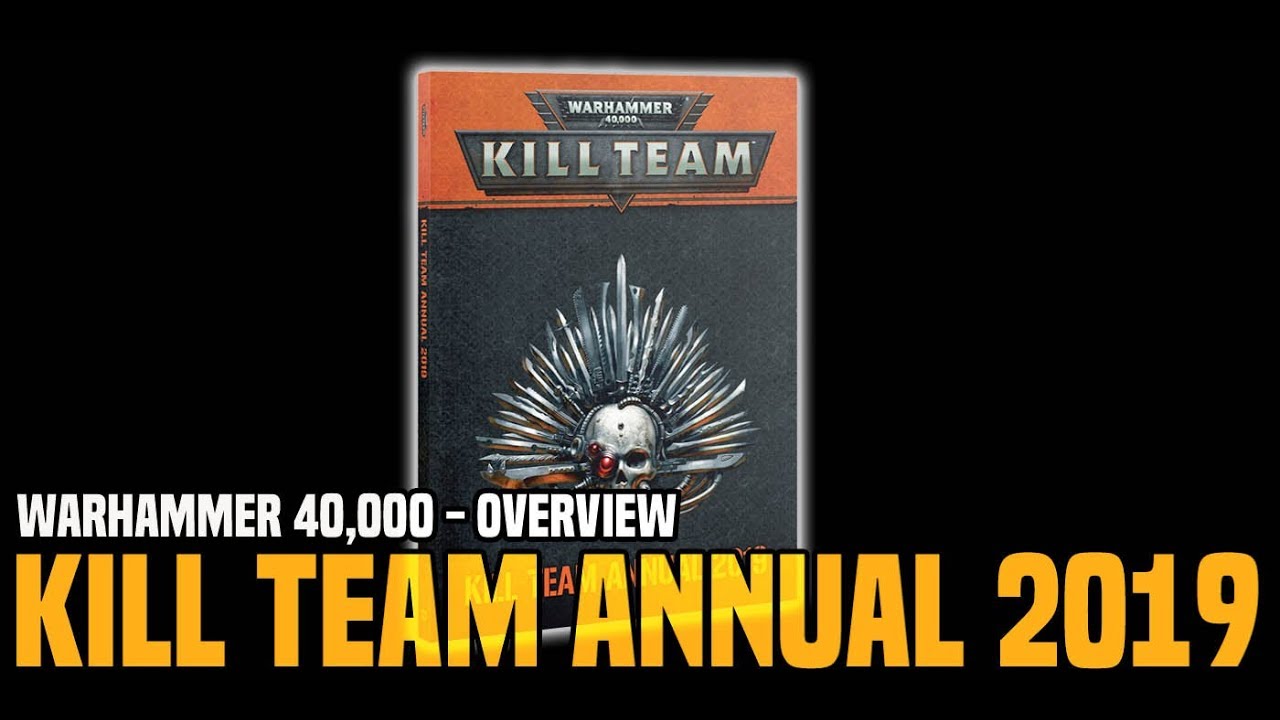 Come and check out the Kill Team Annual. If you’ve been playing any of GW’s games before this point, you have a pretty good idea of what you’ll find in the book. There are 16 new Narrative and Matched Play missions. You’ll get a compilation of all the different rules out there, as well as a single volume containing all the most accurate point costs to date. But there’s so much more here. You’ll also find some rules we’re excited to dig into: creating your own specialism, for one. 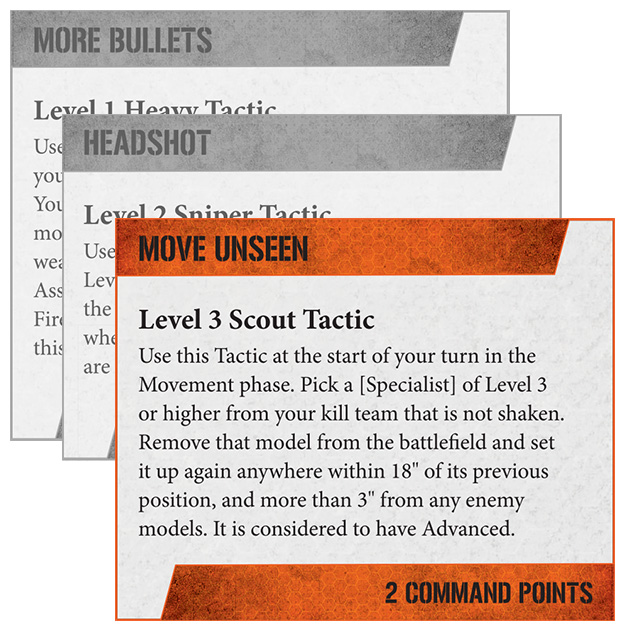 Now, mind you this sort of thing is only intended for open play–which is good, because you don’t want to run into someone’s combination of special abilities that breaks the game and isn’t fun for anyone in matched play. Much better in Open Play where you have your own busted combo. 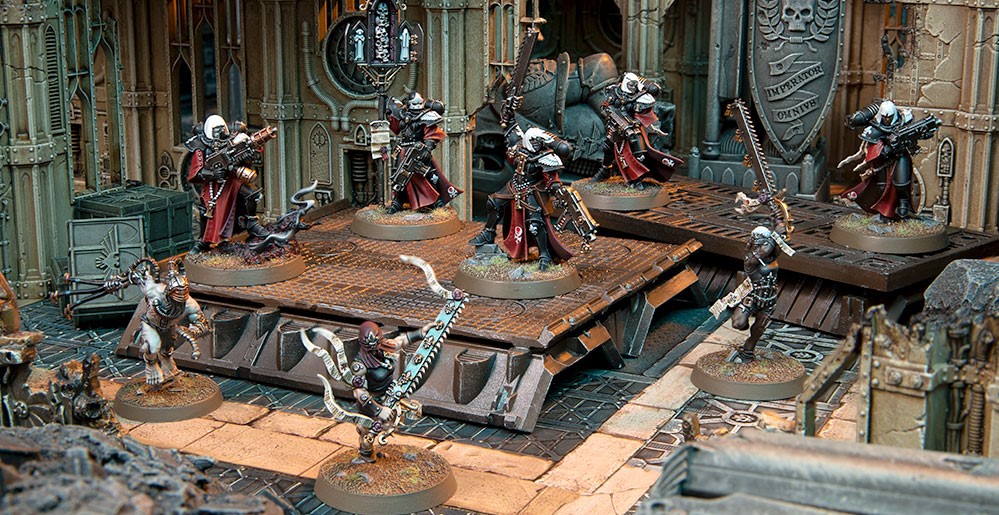 And then of course there are rules for fielding Chaos Daemons and a whole section that’s dedicated to the recently released Adepta Sororitas, unleashing them upon the Kill Team battlefields of the 41st Millennium. All in all, this book is a much needed companion for anyone who’s heavily into the game. The new missions seem like they’ll be a lot of fun, and we’re very interested to see what comes of the game next year, now that all the factions and rules for fielding HQ choices are out.

What do you think of Kill Team? Are you playing it? Let us know in the comments!