Warhammer 40K: The 5 Sisters of Battle Stratagems To Watch Out For 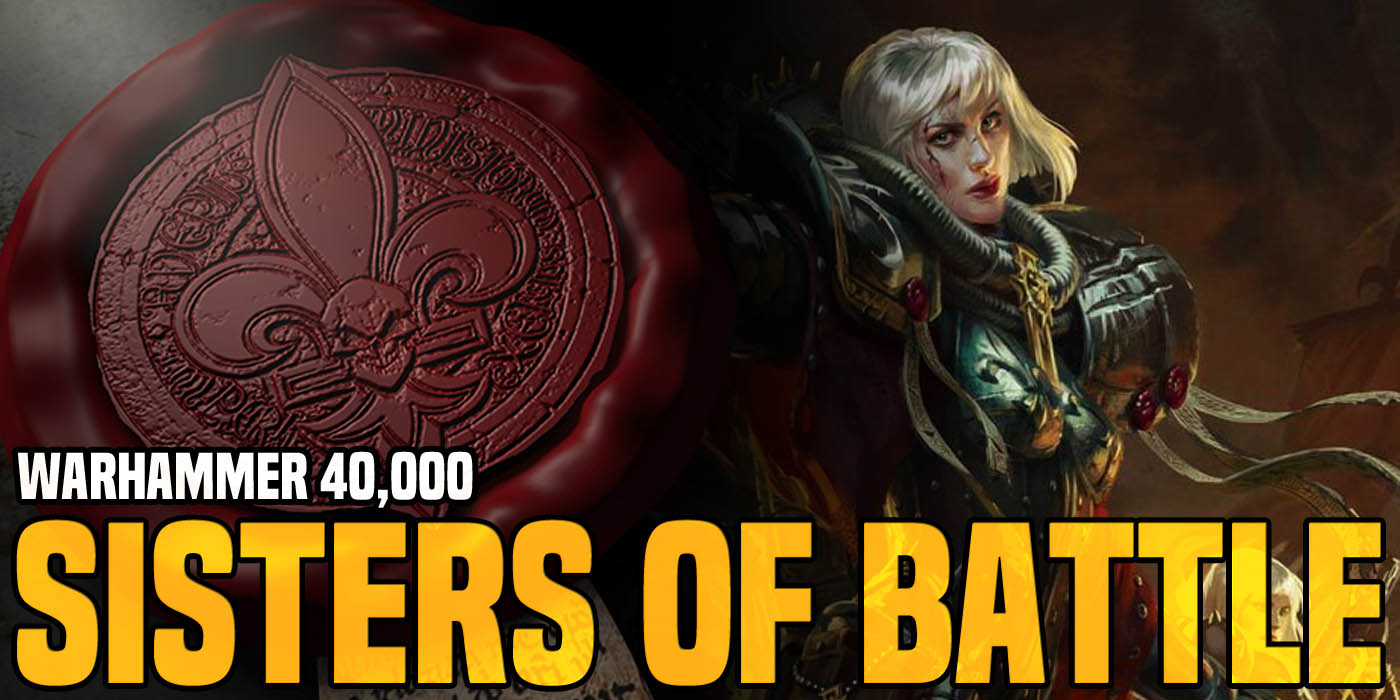 The Sisters are out and about – here are a few stratagems that you might want to keep an eye out for when you’re playing them.

No one likes to be on the receiving end of a “Gotcha” moment in 40k. So we’ve put together a little list of the Sisters of Battle Stratagems to be aware of when you’re up against these faithful servants of the Emperor. Are these the most game breaking thing out there? Not really – but you don’t want to get blindsided by these, either! Let’s dive in. 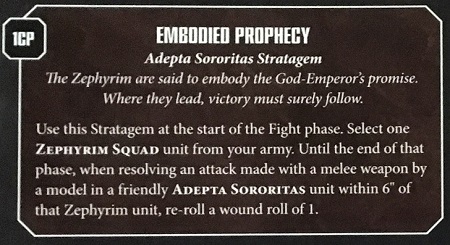 The Zephyrim Squads aren’t even officially available yet but these Close Combat Sisters could do a number on your units if they get there. So when they DO arrive to chop you up, don’t be shocked when Embodied Prophecy gets used and your unit takes more wounds than you might have been anticipating. 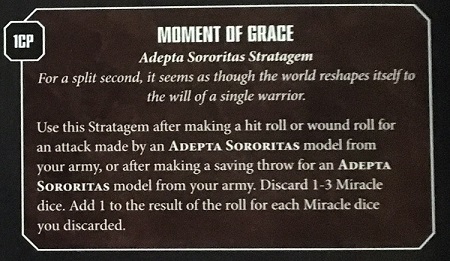 Were you happy to see your opponent sitting on a pile of “1s” for their Miracle Dice? Did you think those would end up being useless all game? Guess again. Now, the Sisters can discard 1-3 dice to add that many to the result of a roll. If they really want to kill something dead or keep a sister alive, they will be able to do just that.

This one is pretty simple: Those Adepta Sororitas can Charge even if it Advanced this turn. Surprise! 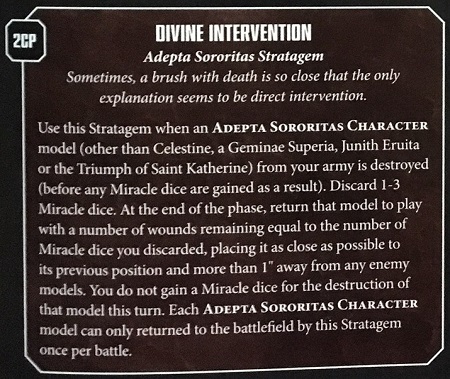 Everyone remembers how great St. Celestine’s “get back up” ability is, right? Well now ALL of your non-unique Sisters of Battle Characters can (basically) do the same thing once per battle! For 2 CP and 1-3 Miracle dice, those ladies will just get back up and keep right on fighting. 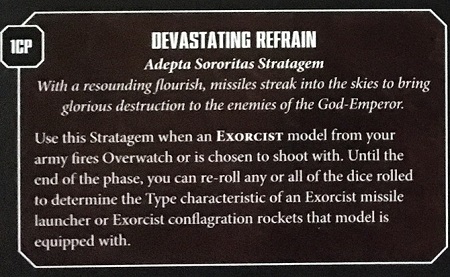 When the Sisters of Battle army across from you is packing 3 Exorcists, you can bet this stratagem is going to pop-up at least once or twice in your game. This simply allows them to re-roll any or all of the dice to determine the number of shots the Exorcist gets for the round. Get ready for them to play a concerto on your units.

Bonus: Open The Reliquaries  / Heroine In The Making

Oh yeah – the Sisters also got the Stratagems to buy more Relics and to have an additional Warlord in case you were wondering.

There you go folks – hopefully these won’t catch you off guard the next time you’re playing the Sisters of Battle! 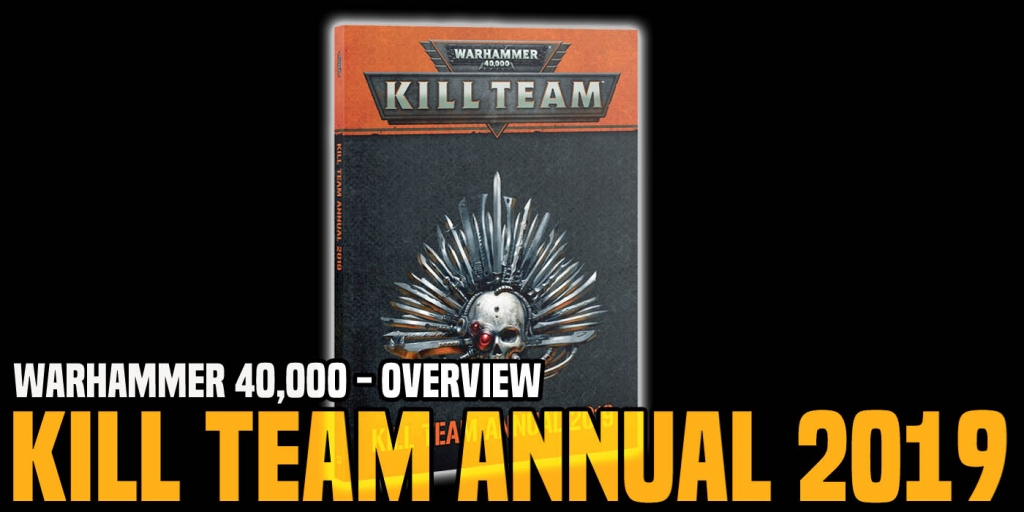