The Sisters of Battle are making their debut everywhere these days. First it was Warhammer 40K and Kill Team, now it’s Warhammer Combat Cards.

Warhammer Combat Cards, the tactical card battle game from Well Played Games, which takes place in the world of Warhammer 40K, is getting a new expansion in the form of the Sisters of Battle. It’s all digital, but every card corresponds to one of the miniatures in 40K. You can basically grab a card of a character and send them into battle. 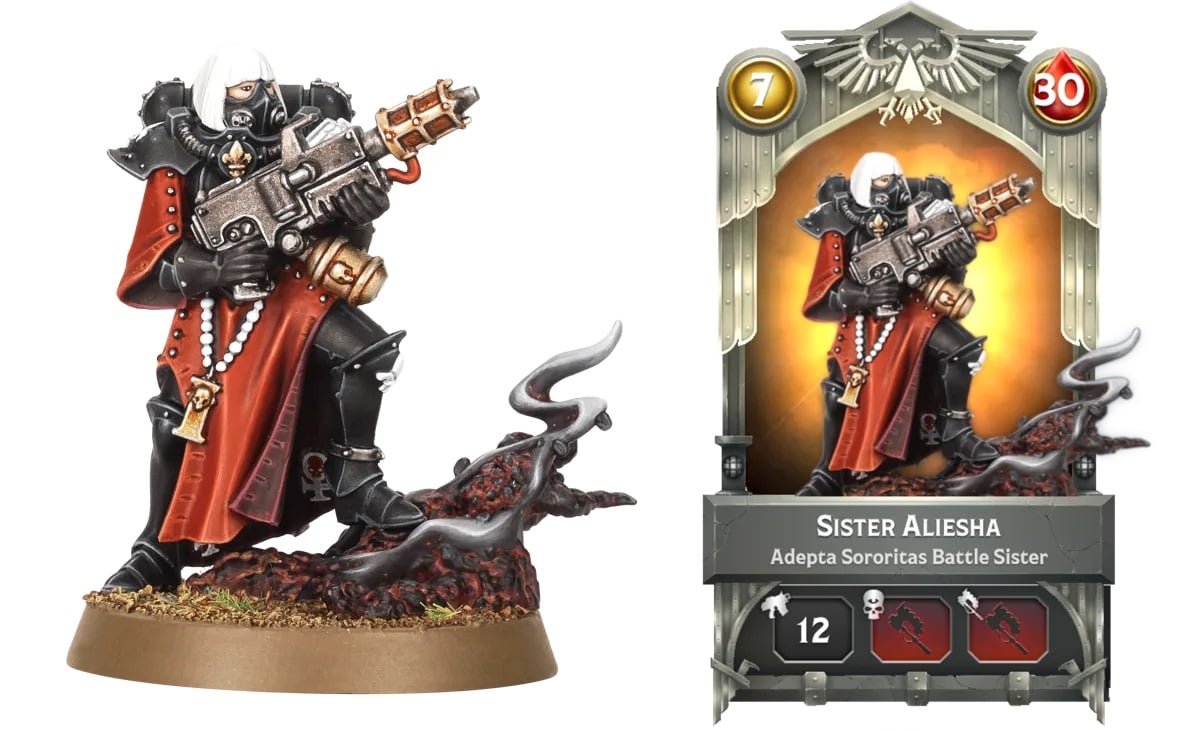 Now they are seeing the Adepta Sororitas join the ranks, according to a recent announcement from Well Played Games:

Games Workshop’s new Sisters of Battle miniatures will be the first major update to the beloved Warhammer 40,000 army since the 1990s, and they are now debuting in the officially licenced mobile game Warhammer Combat Cards.

25 plastic miniatures and a collector’s edition rulebook will be included within the Adepta Sororitas: Sisters of Battle Army Set, released by Games Workshop on 29th November. A selection of the most iconic miniatures will appear first in Warhammer Combat Cards, with their cards’ rules based on those in the new codex, and players can begin to play with them right now.

The cards will be available initially as rewards within the ‘Sanctuary 101’ campaign. 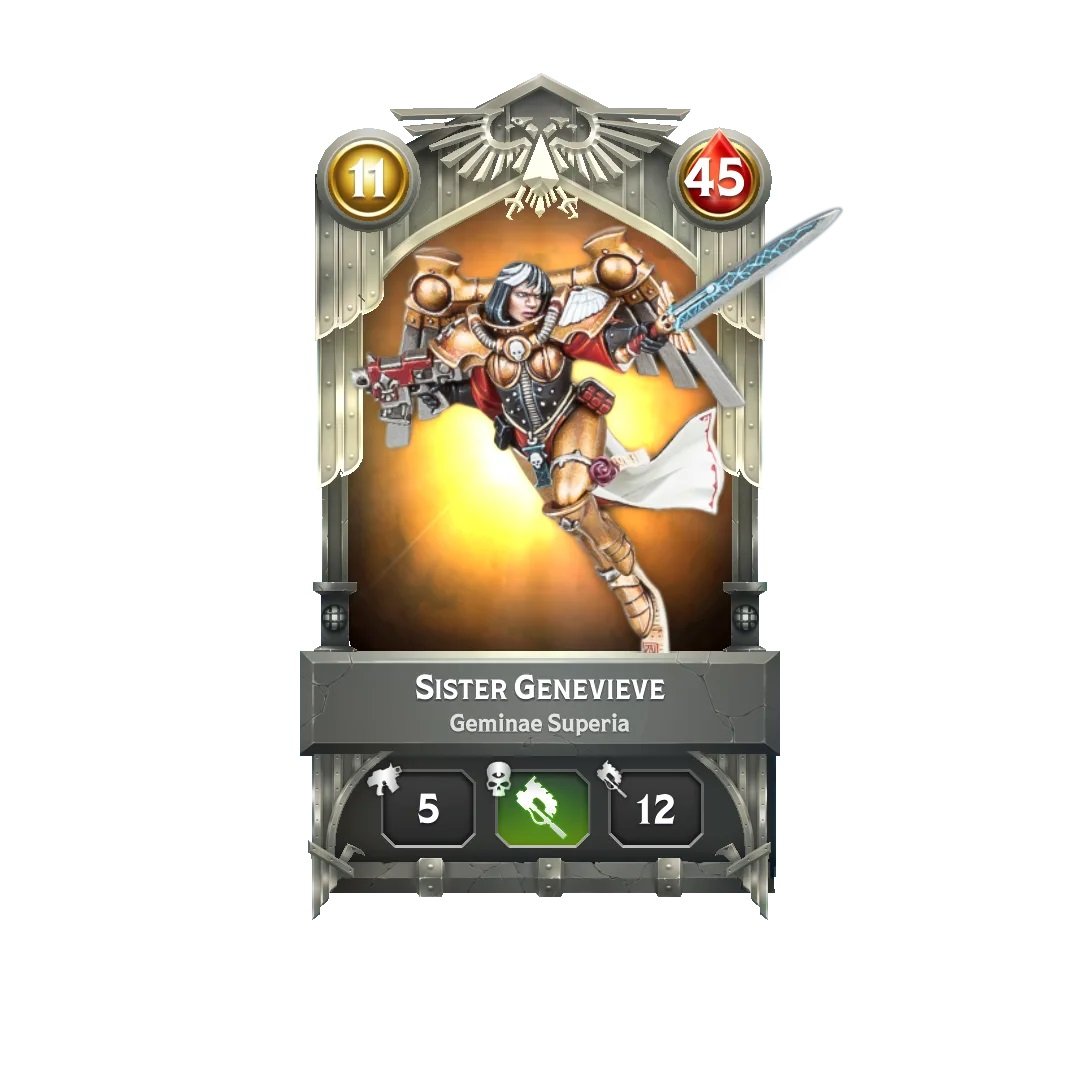 The Sanctuary 101 campaign is ongoing right now, and it’s your chance to score some serious points by playing through it and unlocking the new cards. As you can see, these new cards pack some serious punch. And each card is its own character. 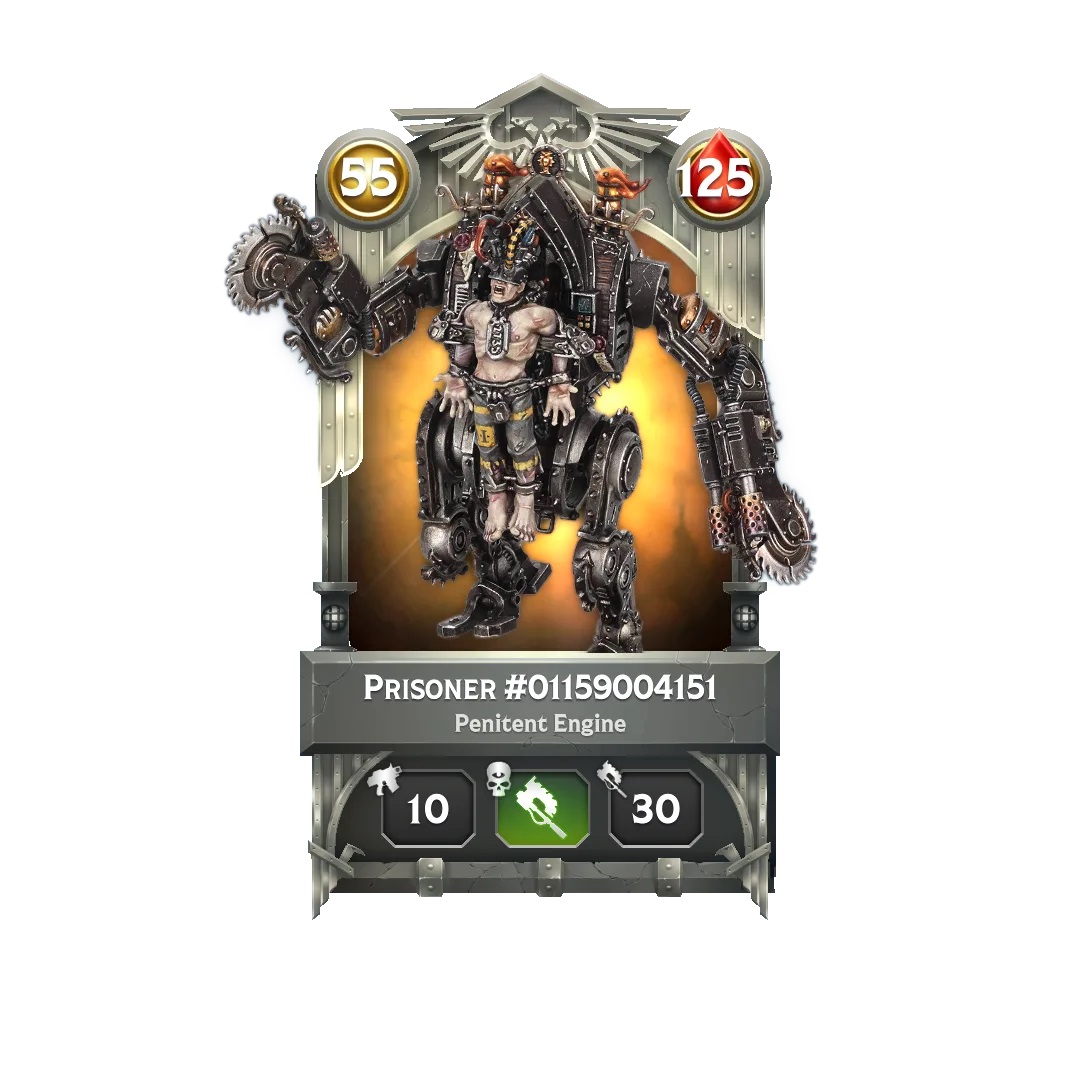 So you’re not just getting a Battle Sister or Geminae Superia, you’re getting Sister Aliesha or Sister Genevieve, or Prisoner #01159004151 in the case of the new Penitent Engine. All of the cards feature the fully painted ‘Eavy Metal miniatures that they correspond to, so you can field a fully painted army, even if only digitally.

Good luck building your deck, but watch out for heresy!