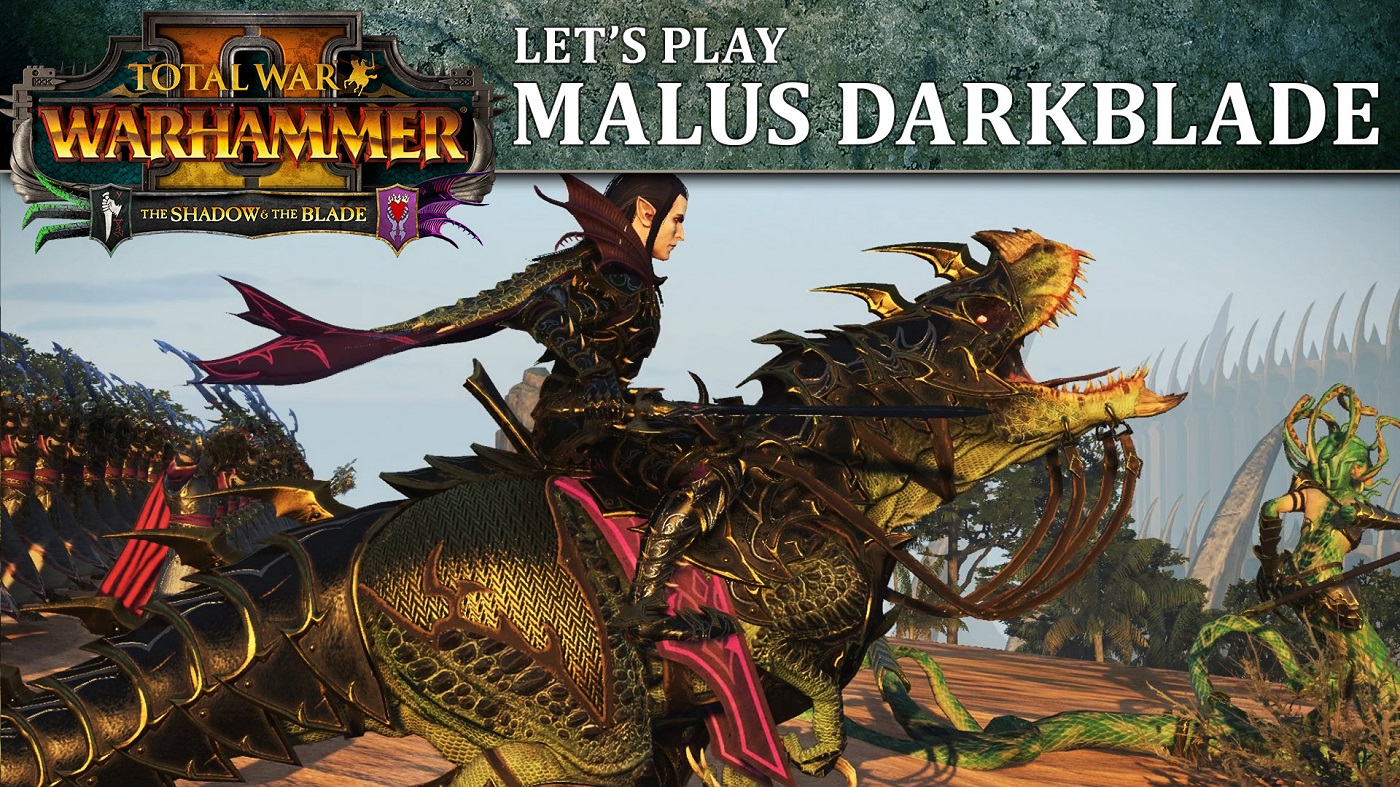 Malus Darkblade is a demon on the field, both literally and metaphorically. And we’re today to take a look at how he plays in Total War: Warhammer 2.

Alright friends, let’s take a look at some of the gameplay from the upcoming Total War: Warhammer 2 expansion, The Shadow & The Blade, which pits Deathmaster Snikch against Malus Darkblade. A pair of sword masters the likes of which the Old World has seldom seen. One is a dark elf with a demon inside, the other is a rat ninja that wields three blades. Both sound like they’re characters on a 90’s/early 00’s dark fantasy show produced by Mutant Enemy. And today we have a look at Malus Darkblade:

Just look at Malus, riding tall astride his evil dinosaur. Malus is full of malice, and he’ll need help from Malekith if he’s going to best his possession and rule the Old World.

Or will he? Malus Darkblade has some tempting mechanics built in. Every so often, Malus is tempted by Tz’arkan, the demon who resides within. Tz’arkan might offer you a special reward if you follow the dark objectives he gives you–declare war on a faction and gain a dark idol. But. The more you rely on this, the more you’ll come to rely on your Tz’arkan transformation abilities to succeed, where Malus’ normal abilities fail. 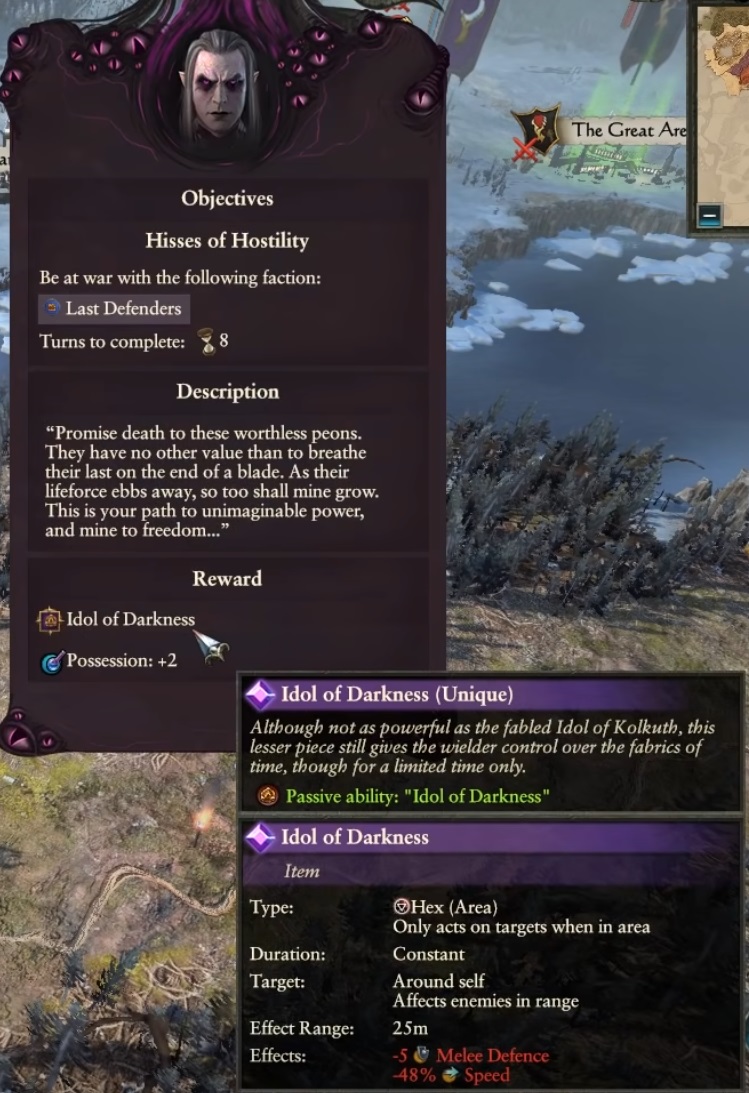 As your possession bar fills up, Malus loses his campaign abilities, but gains strength from Tz’arkan, which gives him a powerful battlefield ability that should drive all the destruction and darkness the demon delights in. 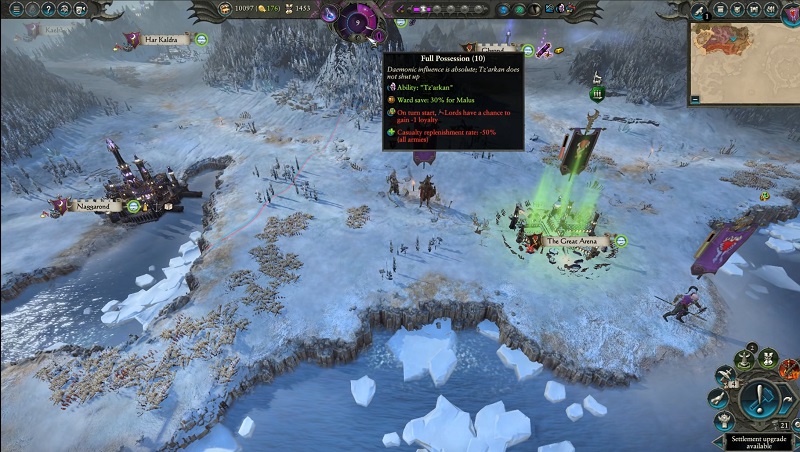 But if you can manage the possession, purchasing special elixirs from Malekith (and they grow increasingly more expensive), you’ll be able to utilize Tz’arkan’s demonic rage one turn, and Malus’ might as a ruler the next. 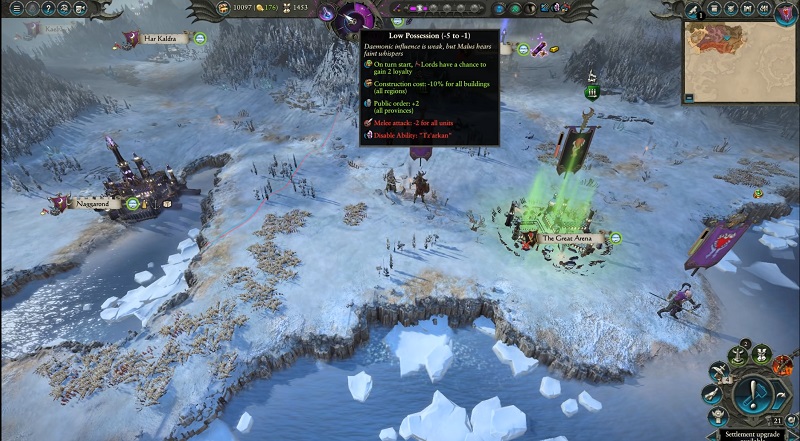 It all comes down to how well you can manage his possession. And stay allied with Malekith, but he’s the king of the Dark Elves for a reason. Even if you win, he wins.

At any rate, that’s Malus Darkblade. Stay tuned for more from the Shadow and the Blade.

Outside the Box - December 6th 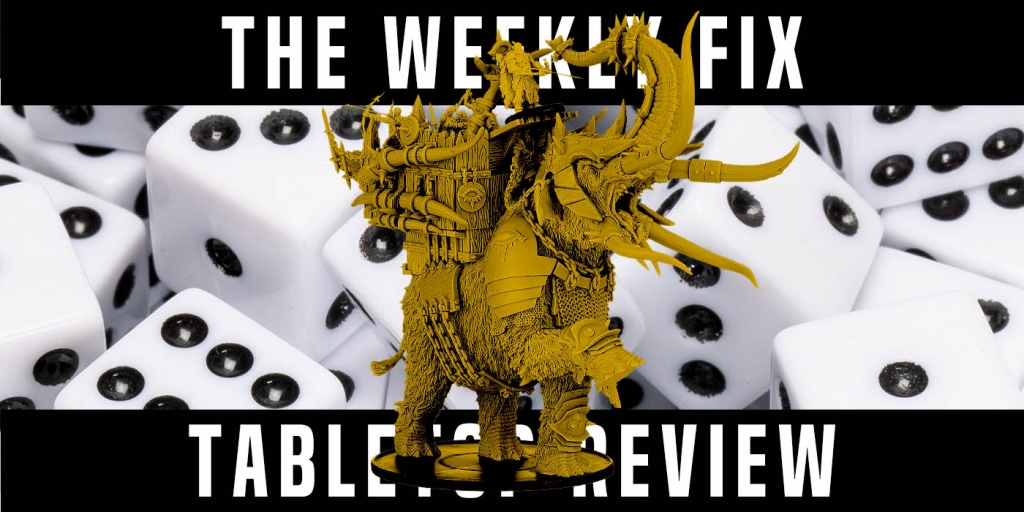