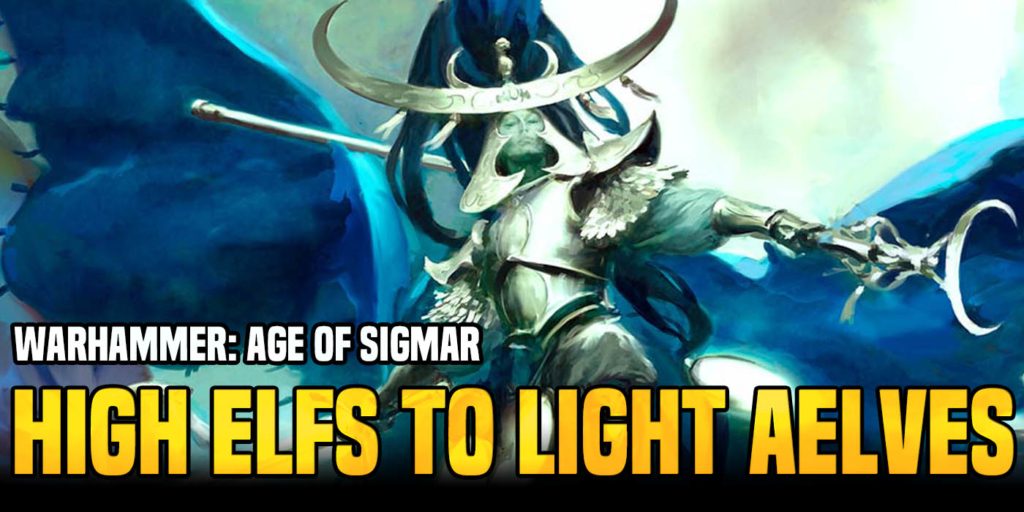 Let’s take a quick look at the evolution of the High Elves to the new creatures known as the Lumineth Realm-lords.

The Pointy Aelves are on the way and they are have some impressive new models. That said, we still like their old High Elf kits from the past. They had a really nice range of miniatures for the time and certainly nailed that “Fantasy Elf” look. Today we want to take a look back at those old models and see how they have changed and updated so let’s dive in! 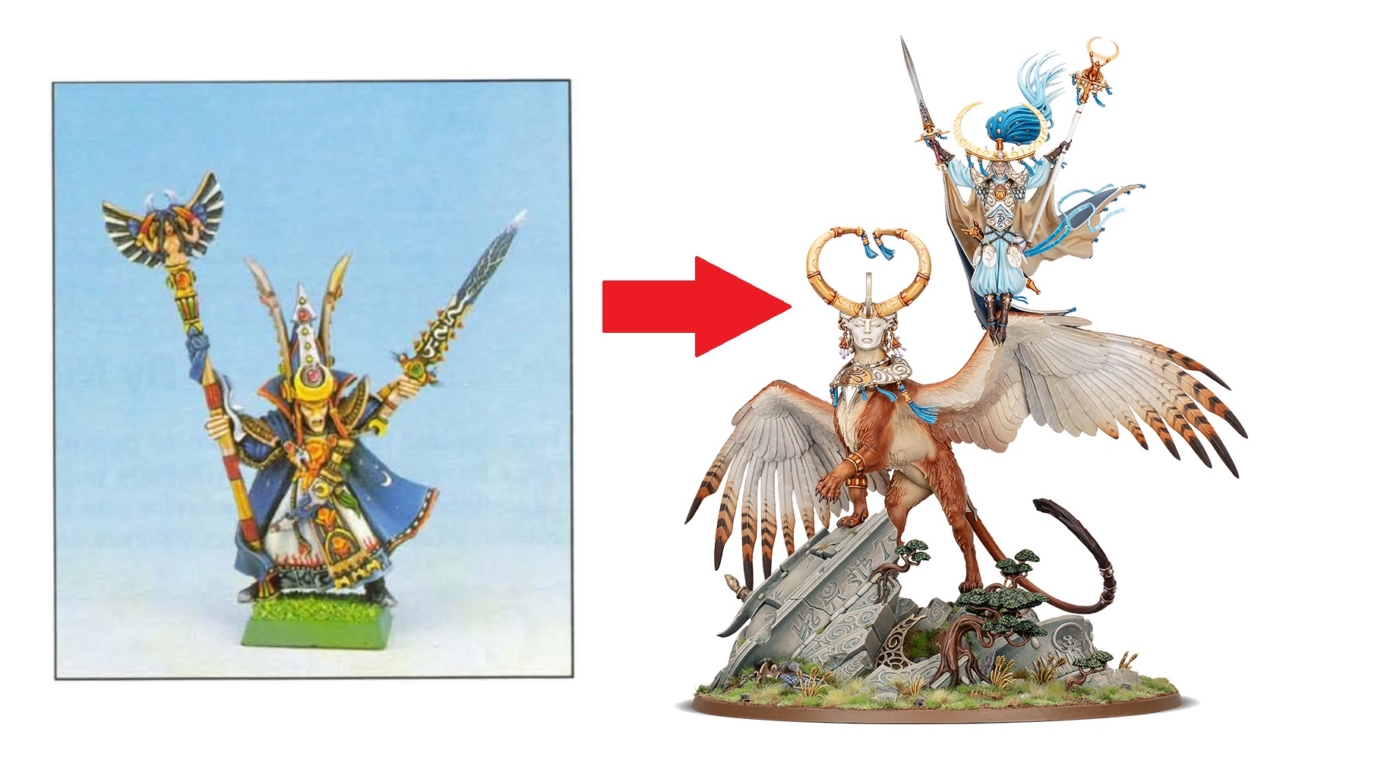 This one is a pretty big change – and that’s mostly the new magical beast addition. Teclis himself looks a lot like his old self. Staff, sword, and even a similar pose. Clearly this is a nod to his old model. We’re not 100% sold on the new winged magical beast with him and the whole “floating on the wing like a Jedi” thing – but we’re also waiting until we get our hands on this model and see it in person. a 360° view might also help.

Eltharion is an interesting story. He started out as a character on a Griffon named Stormwing. Later on, in the defense of Anlec, he was captured by the Witch King Malekith. After being tortured and blinded by the cruel Dark Elf leader, he was returned back to the High Elves. He was then trained by the legendary Swordmasters of Hoeth – and subsequently got a new model. During the End Times, he was killed by Arkhan the Black. That only partially explains his new uh…appearance as a suit of armor. We really like this new model and I personally can’t wait to see how to build this thing!

Finally, we take a look at the old High Elf Spearman. This unit was also iconic for their partial prowess. High Elf Spearman were the solid core for the High Elves. Combined with archers and you had a killer combo. We’re still hoping to see a new archer unit but for now we have the new Vanari Auralan Wardens. It looks like a pretty cool update for these models and we like how the spears rest on the shields in some of the poses.

What do you think of the new models vs the old one? Let us know in the comments!

40K Rumors: About Those Custodes