Goatboy’s 40K: Revenge of the Ravenwing 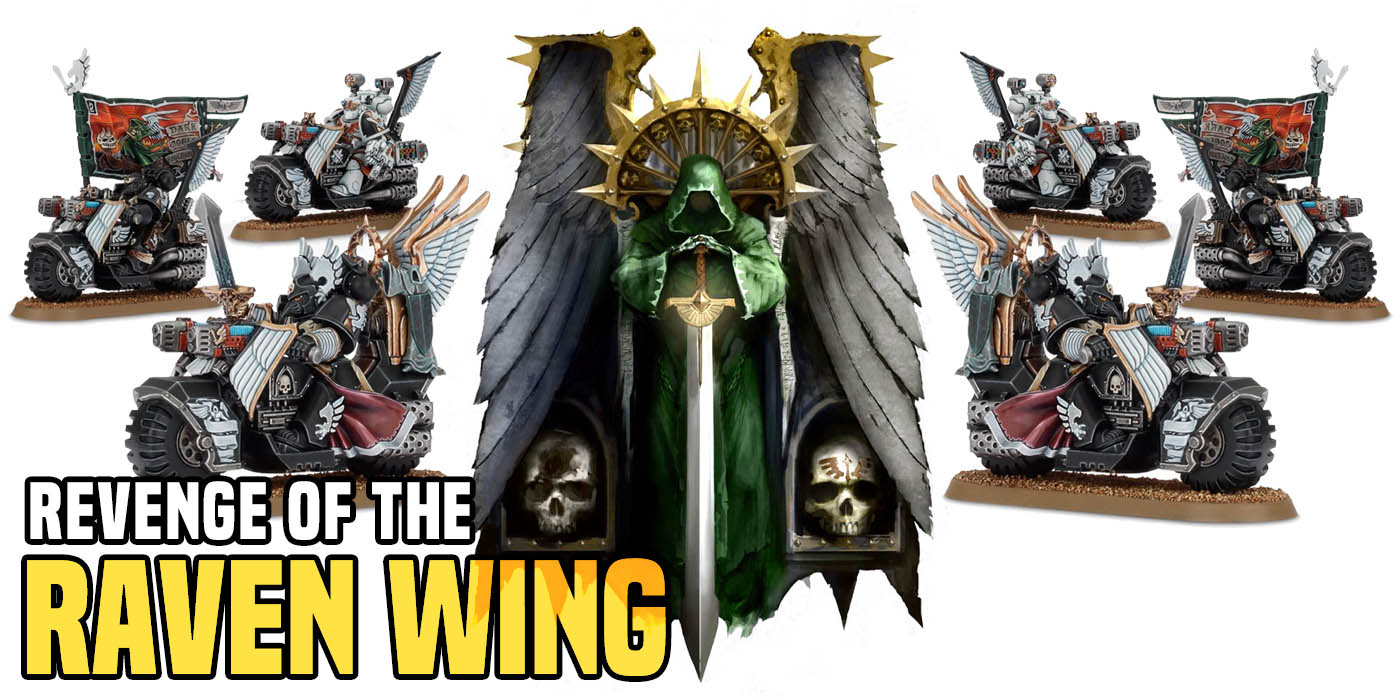 Goatboy here with an army list for the Sons of the Lion today.  I always had a soft spot in my evil heart for those biker loving armies.

It is kind of depressing you can’t take bikers as troops any longer – but it is most likely for the best.  But still – it makes me wish for the days where you went zoom zoom and pushed all your biker Knights around the table and tried to defeat the dragon (opponent) with class, sass, and maybe showing a little bit of gumption.  With that – lets throw together a list of Black Knights and see if something could actually work. 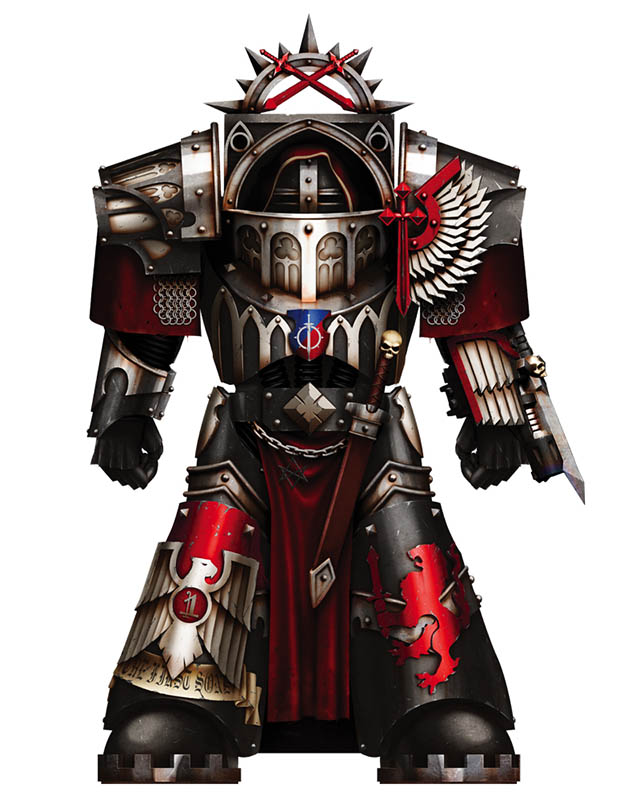 The idea here is you are aggressive with the Ravenwing and push forward.  You utilize some stratagems to get closer hitting Smash Captains in the Master in Cataphractii armor with 6 inch charges.  This is especially useful if you need to chase someone out of a building or behind some LOS  blocking terrain.  There might be some use changing the Ravenwing Detachment into an Attack Squadron but it feels like it is too CP heavy to be a ton of use.  The scouts are something needed and again you can swap some things to Primaris ones as you have 40 points left if you would like one unit.  The Darkshroud seems like a gimmick that will get shot but with the two big units of Knights moving up it could survive a bit longer.  The other thought would be to find some room for the Ravenwing biker characters as well – I just didn’t feel like I would use the +1 attack option nearly as much or the heal if I am moving to far forward. 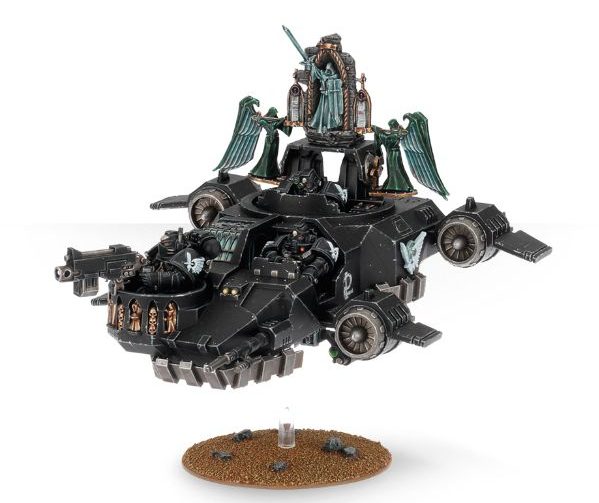 You could give the extra Talon Master the other new Warlord Trait – Outrider – and push a unit of Black Knights with the Talon master to the middle of the board and set up a mean first turn.  The extra range the Dark Angels get and the ability to advance and shoot normal within the main Warlord means these models are going to pour out a ton of Plasma Damage.  A few uses of the +1 to hit if a Speeder sees a unit (both Talon Masters are Ravenwing Land Speeders in their keywords) and you get a crazy amount of damage that pours out.  It might actually work hah.

The best thing about this army – its a full Dark Angels army that utilizes a lot of Plasma, some cool rules from the new book, and will look pretty cool on the table top.  I happened to have painted a cool Dark Angels army built upon a Legion of the Damned scheme.  I didn’t do the conversions but painted a good chunk of it for a buddy of mine.  This sort of stuff could work for him and feels like he can actually go after the Best Dark Angels in the ITC.

Did you know George A. Romero made a movie about Dark Angels in 1981? BOHOLD!

Author: Thomas / Goatboy
Thomas Reidy, aka Goatboy, the ever-evil member of BoLS. I do arts, play 40k, and even paint a lot of stuff. I have been playing Warhammer 40K since the 1990s, and have won multiple national events including Adepticon and GW GTs. I've been writing for BoLS for 15 years. Look at my Instagram to see what I am working on - or working on for someone. I am always doing something hobby related.
Advertisement
Armylists Dark Angels Warhammer 40k
Advertisement