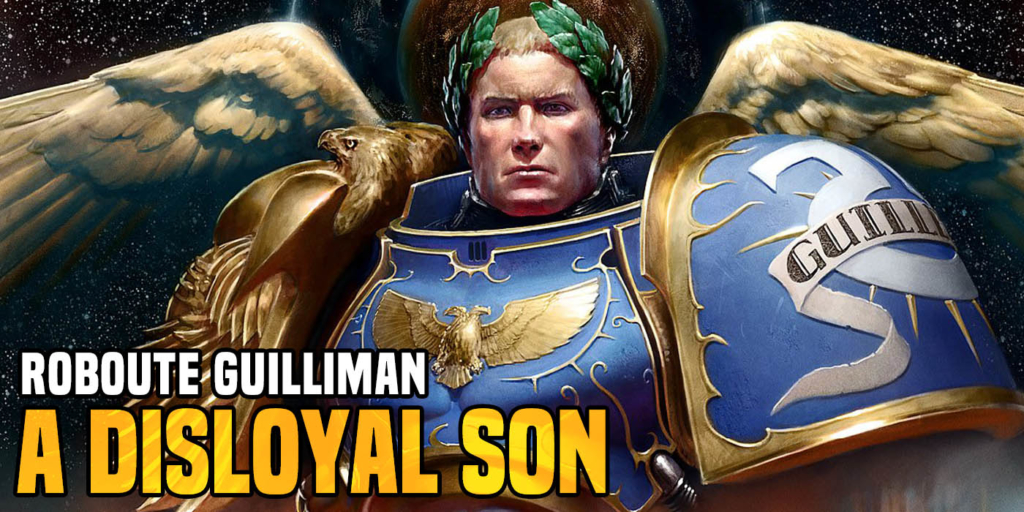 In the waning days of the 41st millennium, as the galaxy itself was rent asunder by the long-gestating designs of the ruins powers, the besieged Imperium of Man was saved by the return of a long lost hero. Roboute Guilliman – Primarch of the VIII Legion, Lord of the 500 Worlds of Ultramar, The Avenging Son – returned from beyond death to lead his father’s people once more.

To many, this was a blessing, perhaps a divine one. Yet to many, there was a dark undertone to Guilliman’s return. With the Emperor incapacitated on the Golden Throne, what was to stop a regent from becoming an Emperor? Especially one who was a Primarch. What was to prevent Guilliman from becoming another Horus? Loyalty was the answer, and it is a fragile thing. 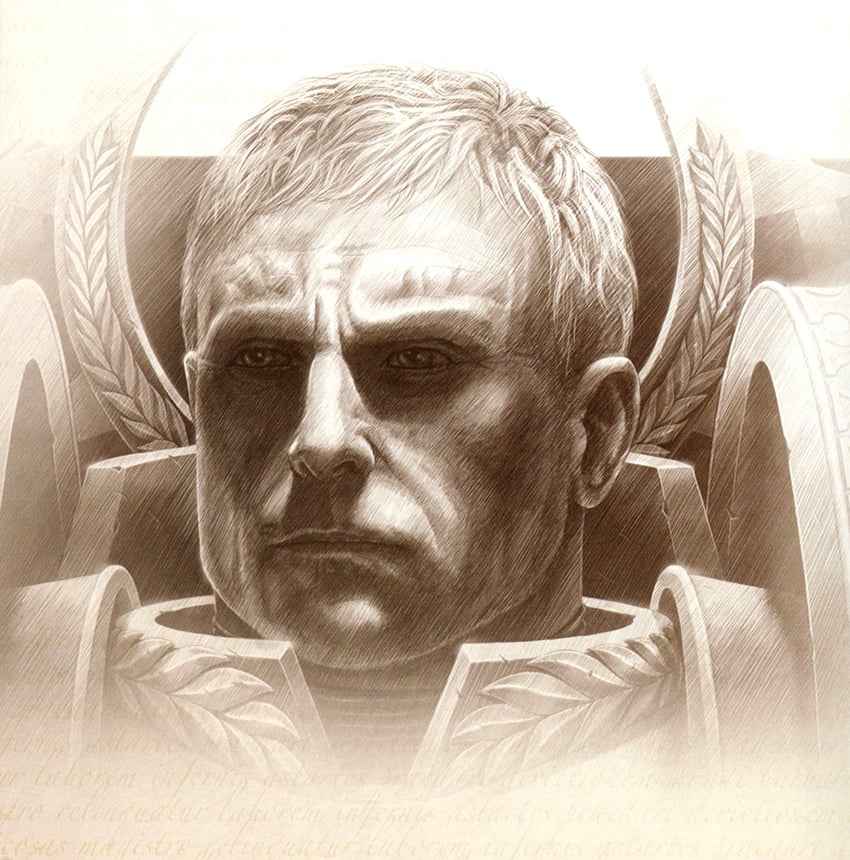 I’ve written a couple of times before about Guilliman’s possible plans of the Imperium. Both the threat of a coup and civil war loom over Mankind’s domain. Should Guilliman reach for the throne, it will almost certainly cause great unrest. Yet, Guilliman does seem to be taking charge and does thing things his way, not his father’s way. The most significant impediment to Guilliman seizing the throne does not seem to be internal resistance, but rather his own unwillingness to do so because Guilliman is the Last Loyal Son of The Emperor.

The hidden truth is that Guilliman is no longer loyal to his father, the Emperor of Terra. It has been hinted at in several places that Guilliman was not particularly pleased with his father – both in how the Imperium had turned out after his 10,000-year slumber and with some of the truths that Guilliman has discovered. However, the break with his father’s plan and the depths of his disloyalty are made crystal clear during his confrontation with his brother Morterian in Dark Imperium: Plague War.

A Conversation on Parmenio

During this confrontation, the following is said:

“[Guilliman] ‘I at least know what I am. I look at myself, and though I perceive many failures, I know with unshakable certainty that I perform the duty I was created for. That I fight for the preservation of mankind.’
‘Then you do not fight for the Emperor?’ asked Mortarion, his voice an insinuating rattle.
‘I fight for what He believed in.’
‘An advocate’s quibbling. You fight for yourself.’
‘I remain a champion of humanity, whereas you are the lackey of evil.’
‘Am I?’ said Mortarion. His wings beat softly. ‘Then tell me, Roboute, if our father were so good, look
me in the eye and tell me that He loved us all as any father should love his sons.’
Guilliman stared at him, his jaw clenched in anger.”

The conversation makes Guilliman’s true loyalties pretty clear. Even though he is conversing with a traitor and Daemon, he can’t refute Morarion’s claims. Guilliman cannot merely say that he fights for the Emperor or in His name. Instead, Guilliman says, and we should assume honesty because the comfortable lie would be to say yes, that we fight for humanity. Moreover, Guilliman says he fights for what the Emperor believed in, past tense, not present.

Later in their conversion, the brothers agree that the Emperor is still alive, so the change here is not the state of the Emperor, but rather of His perceived belief. Guilliman fights for Humanity, but the Emperor no longer (or never) does. Guilliman is clearly no longer loyal to the Emperor but to the ideas that he once claimed to stand for.

To understand Guilliman’s change of heart, we should ask ourselves why he was ever loyal in the first place. In this situation, there are a couple of important reasons why someone might be loyal:

During the era of the Great Crusade and the Heresy, Gulliman had all these reasons to be loyal; he loved his father and thought himself loved in return. He believed in the Emperor’s cause and the Imperial Truth. It seemed impossible that anyone could do better than the seemingly infallible Emperor. Yet since the end of the Heresy (and in particular since his return), Guilliman has had all these stripped away from him.

Upon returning to Terra and meeting his father once more, he had the unwelcome realization that the Emperor didn’t love Guilliman or the other Primarchs, and likely never had. Guilliman was treated like a tool and told to do his job. Guilliman feels that the Emperor is cold and has lost his humanity. This treatment and the revelation has shaken the Primarch and left him constantly angry. Thus the familial bond and the loyalty from it are gone.

As we’ve already seen, Guilliman no longer thinks he and the Emperor are fighting for the same cause. Guilliman believes himself to be frightening for humanity. Not just any humanity, but a better humanity – the dream of a bright future that seemed almost in reach before Horus turned brother against brother. Guilliman still appears to cling to some manner of the rationalization of the Imperial Truth. In essence, Guilliman bought so profoundly into the lies the Emperor told that even when they are revealed as lies, and it becomes clear the Emperor never intended that feature, Guilliman still fights for it.

Lastly, there is the belief that the Emperor is the best one to handle things, and is infallible. I suspect this was mostly lost during the Heresy. The Emperor’s inability to foresee, prevent, or adequately react to the treachery of half of His sons must have shaken Guilliman’s faith. That the Emperor’s plans seemed to have failed, and the sorry state of the Imperium on Guilliman’s return would only prove to the Primarch that his father was all too fallible and that perhaps another could do better.

So we’ve seen that Guilliman no longer even claims to loyal to the Emperor. His loyalties lie with the Imperium, not its ruler. We’ve also looked at why it makes perfect sense for Guilliman to no longer be loyal. This leaves to main possibilities for what comes next.

One is for Guilliman to rediscover loyalty to the Emperor, likely through a religious awakening and to admit that the Emperor is a god and worthy to be followed. The books do hint that this is possible. The other is for Guilliman to actively stage a coup. We know that Guilliman is ambitious, secondly only to Horus is that, and if he thinks he could do a better job at the helm, and take humanity in a better direction, then his own “goodness” would likely demand he tries. Either way, it will be interesting to see what comes.

Let us know what you think Guilliman will do, down in the comments!