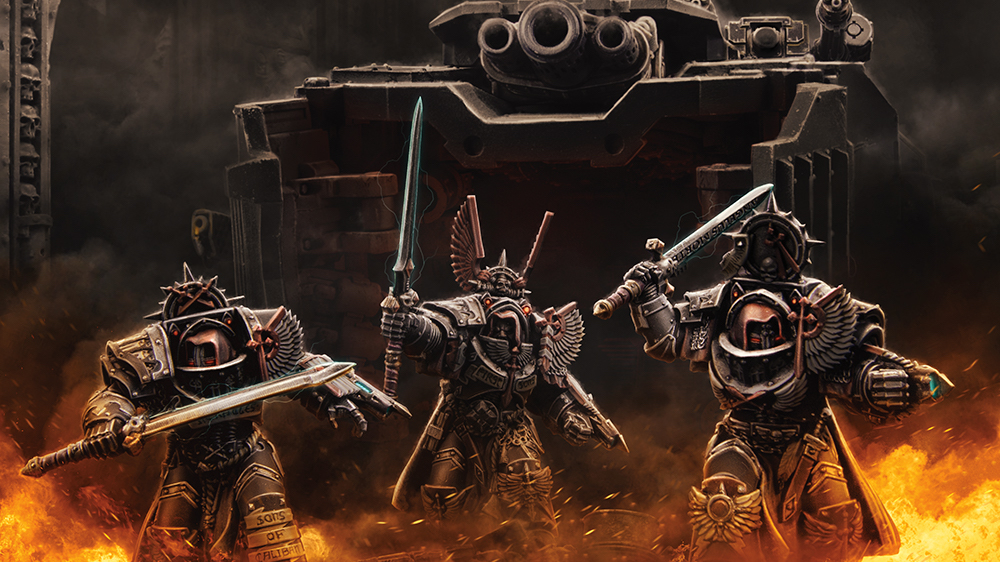 Come and take a look at the new Dark Angel cataphractii terminators. Clad in heraldry and wielding unique weapons, these are the cenobites.

And weirdly enough, these cenobites are out there specifically to fight against daemons from another hellish realm. As we get closer and closer to the release date for the Road to Thramas, book 9 of the Horus Heresy game, we’ve got a look at the Inner Circle Knights of the Dark Angels. Let’s dive in. 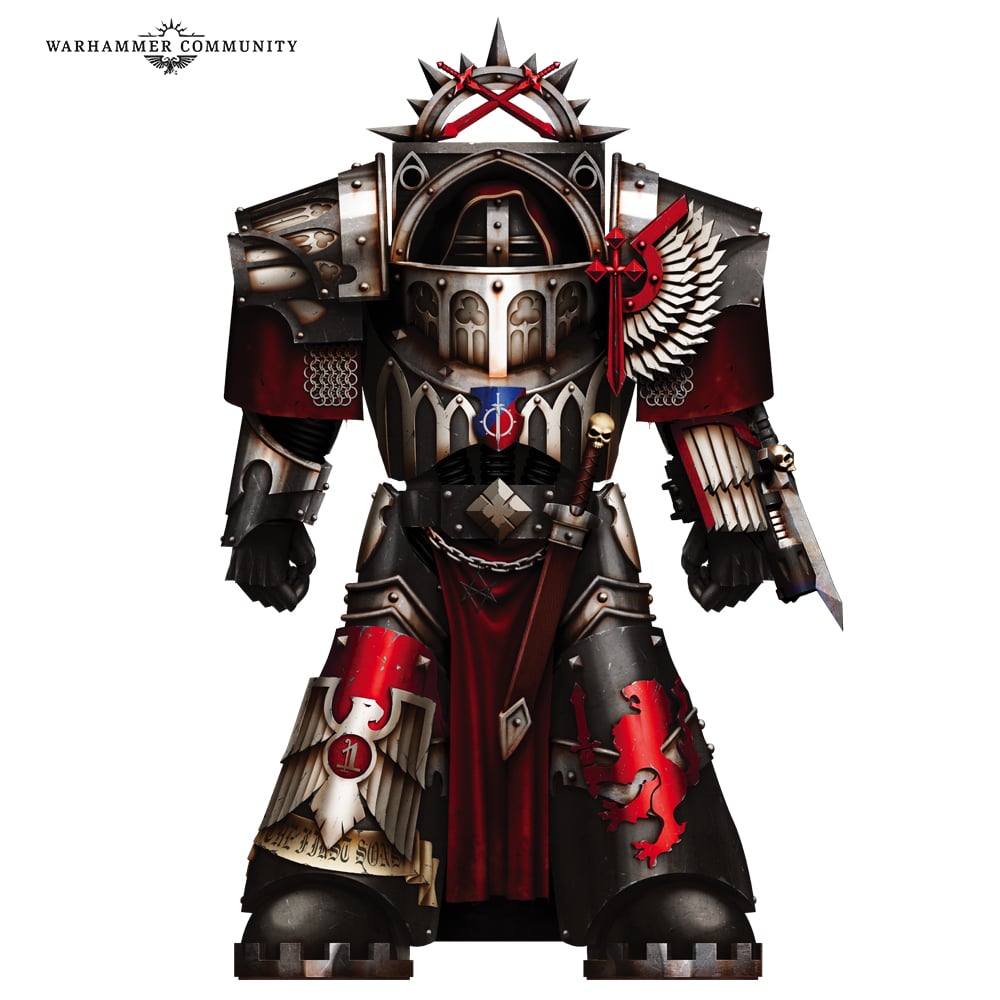 Thramas was one of the most brutal war zones in the entire Horus Heresy. Where the fighting was most intense, Lion El’Jonson would unleash his elite Inner Circle Knights Cenobium. What’s a Cenobium? Good question! It’s a temporary unit that’s put together using a cell of warriors from an Order of the Dark Angels on the eve of a mission that requires their unique skills.

Clad in the finest Cataphractii pattern Terminator armour, the cenobites* of the Inner Circle could easily weather the storm of shrapnel and flame produced by the terrible weapons of the Great Crusade with limited risk. Armed with the best weapons that the Legion could provide, they would bring the fury of their assault into the heart of enemy formations.

And the Inner Circle Knights live up to their name. These are the terminators that would go on to inspire the Deathwing Knights, and they are every bit as full of pomp and ceremony as you’d expect from Dark Angels. 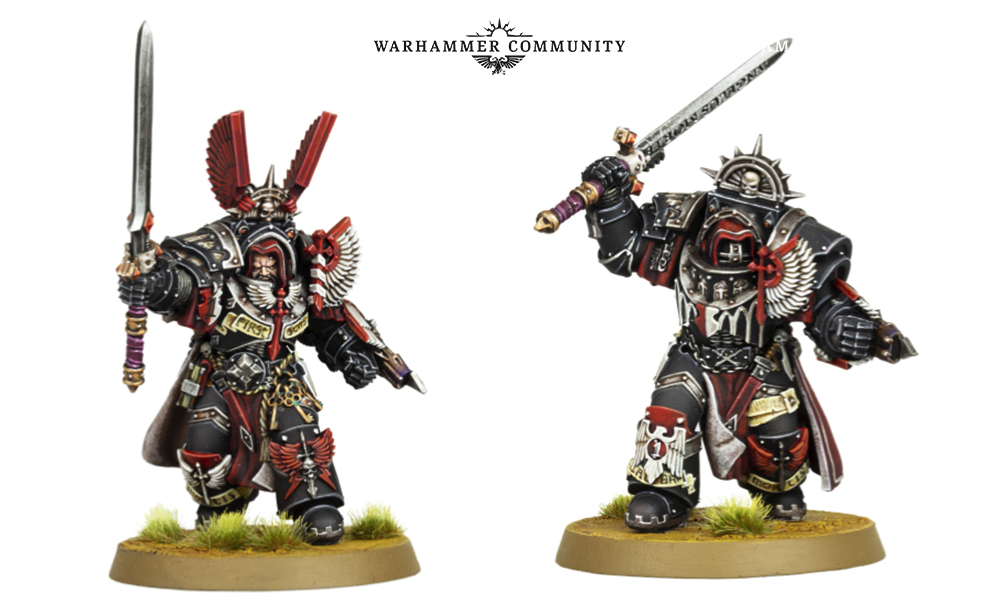 Every member of the squad carries a Terranic greatsword and a weapon unique to the Dark Angels: a smaller plasma gun that they wear on their vambraces, called a plasma-caster, with which they can fight unencumbered in combat. 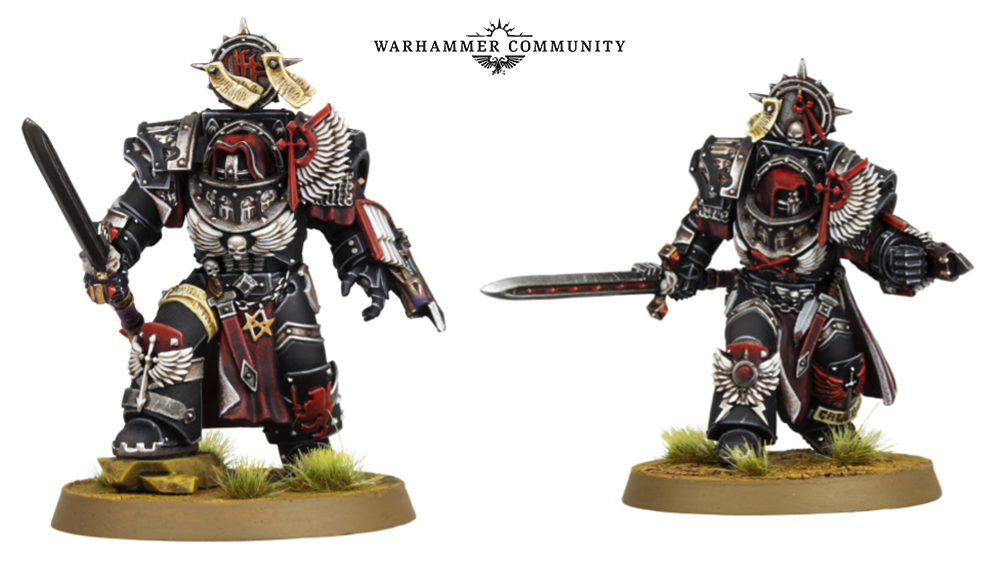 The Inner Circle Knights come with their own special rules, each one gets to pick an Order that gives them a specific fighting style and buff for the duration of the match. Again, you’ll get to se the new Inner Circle Knights in the Road to Thramas, which is due out later this year!

What do you think of the new terminators? Let us know in the comments!