We got our hands on a brand new Titan and some fancy new Terrain for Adeptus Titanicus – come take a look!

There is a new Titan making it’s Titanicus debut this weekend from Games Workshop along with a new Terrain Pack. Meet the Warbringer Nemesis Titan and the Manufactorum Imperials Terrain Kit: 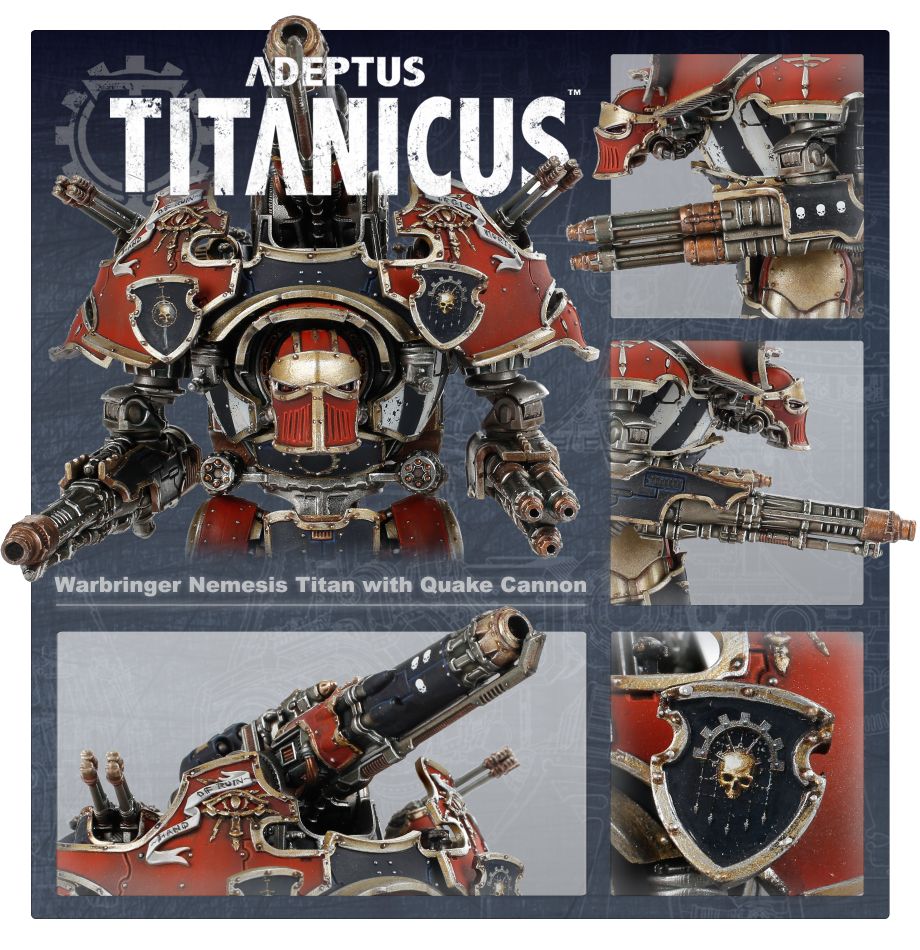 This new Titan is very clearly a half-step between the Reaver and the Warlord in many ways. It basically splits the difference in both movement and armor – almost right down the middle between the two existing Titans. It has a bit more firepower than a Reaver thanks to it’s top mounted Quake Cannon which the Warlord would get natively as an arm weapon. 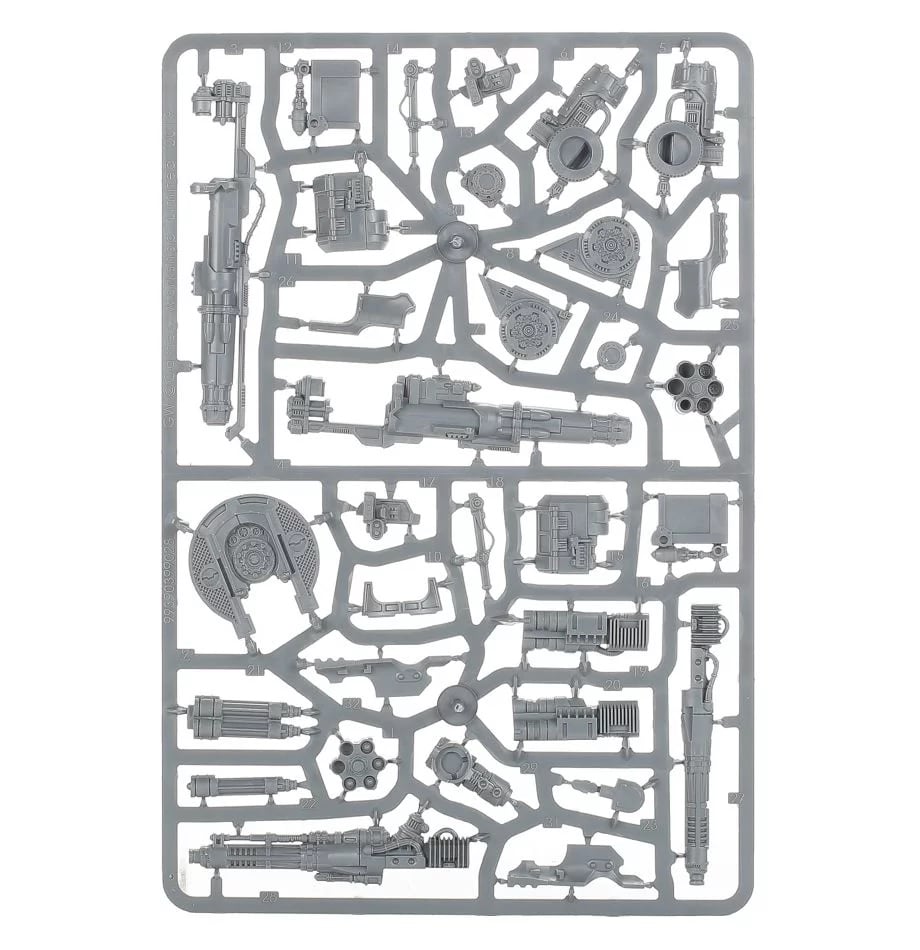 That Quake Cannon is the most obvious difference and you can kind of see that GW is planning on expanding the weapon options to other guns. It shouldn’t be a surprise that the Quake Cannon and the other guns are on their own sprue separate from the carapace armor and main chassis of this Titan. 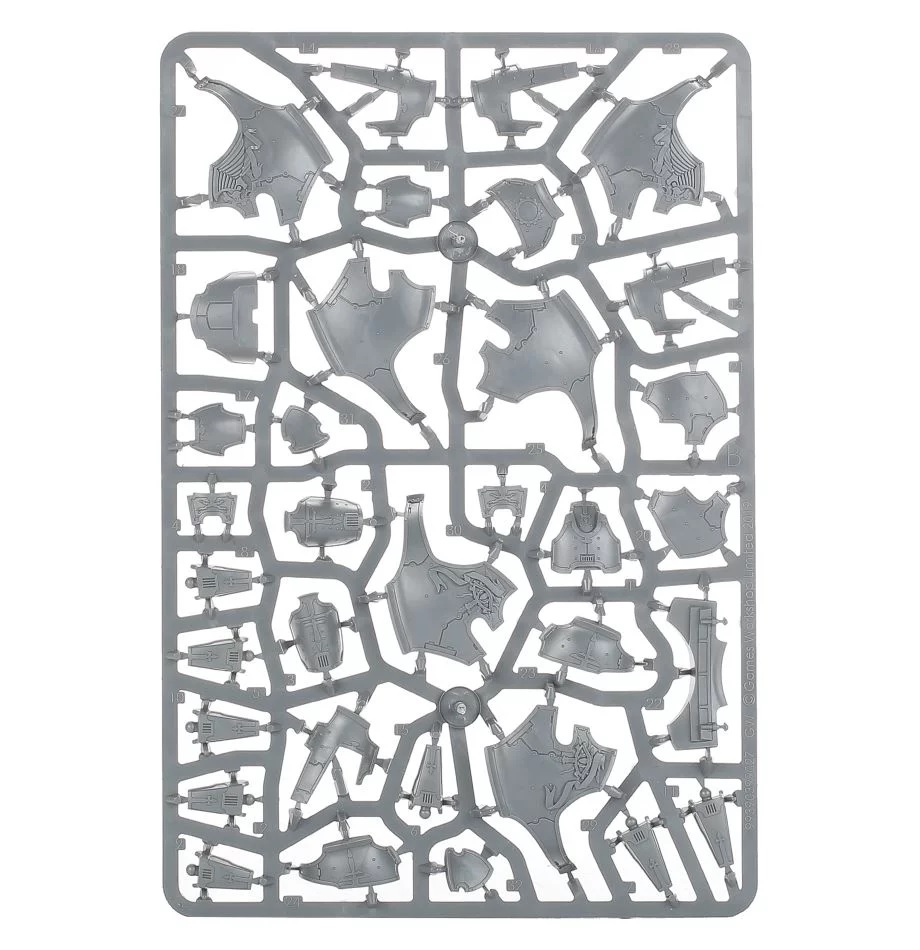 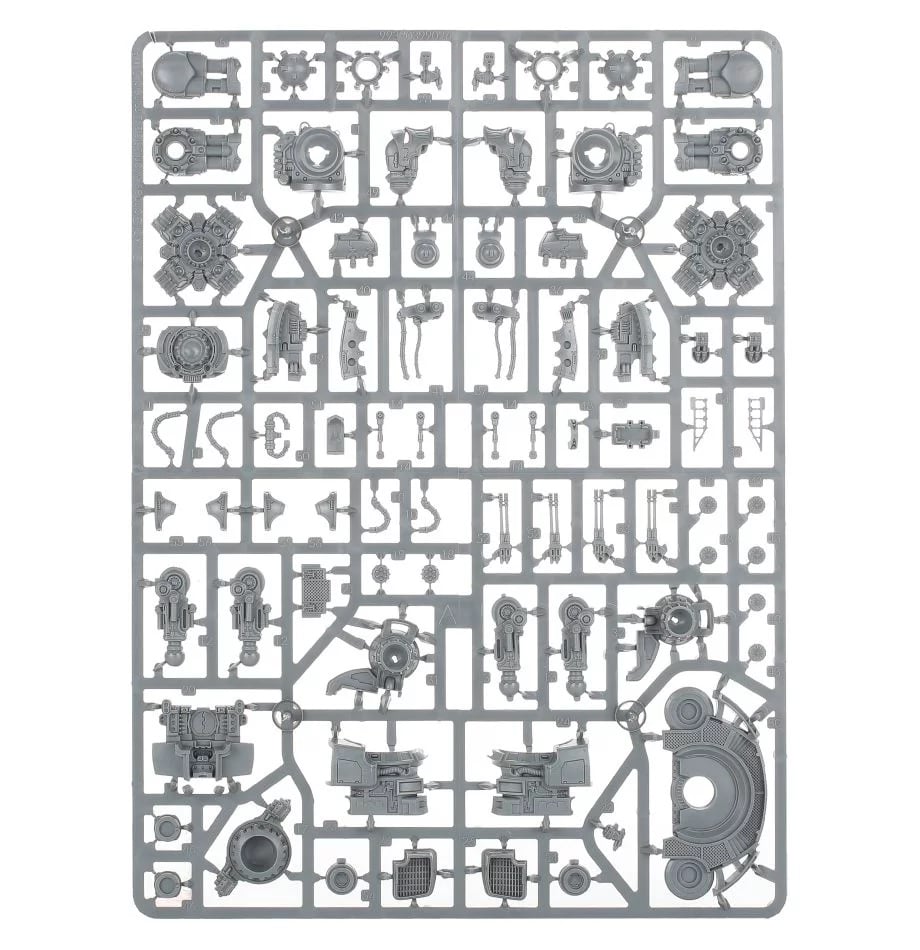 One other unique feature of this Titan is that it’s currently only a Gunboat – it has no close combat weapon options. This was probably a deliberate design choice for this particular Titan and it’s also its biggest weakness. If you can close the range on it and attack it from Close Combat, it’s going to have a bad day. 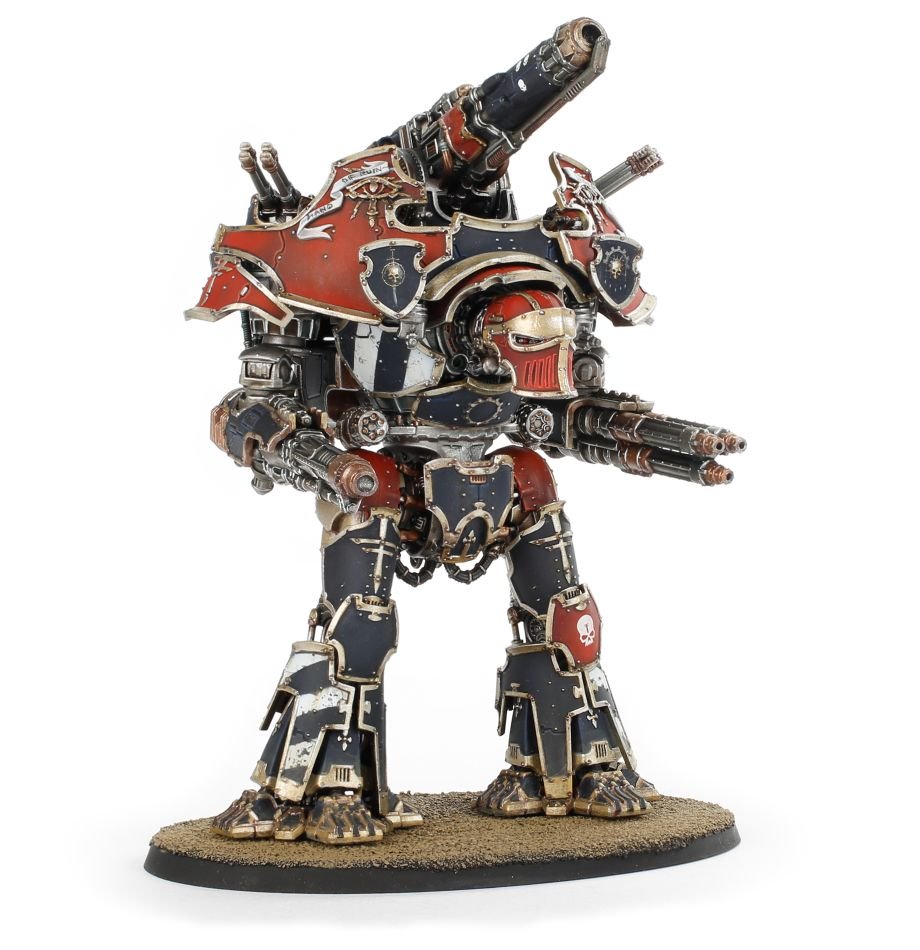 The Warbringer Nemesis Titan serves the Collegia Titanica in the role of heavy fire support. It mounts a single Warlord-scale weapon on its upper carapace and Reaver-scale weapons on its arms – sacrificing the speed, armour and manoeuvrability of a conventional Battle Titan in favour of firepower far in excess of its size. Though rare and specialised, the Warbringer Nemesis is a sight to inspire dread in all but the most battle-hardened enemy princeps.

Standing between the Reaver and Warlord in size, the Warbringer Nemesis Titan is the perfect choice for the Princeps who wants heavy firepower and flexibility. The carapace-mounted quake cannon can damage enemy Titans and slow them down, allowing your other god-machines to close for the kill, while the Warbringer’s arm-mounted weapons can pick off any Knights that get too close, or it can add to the devastation caused by its primary weapon. 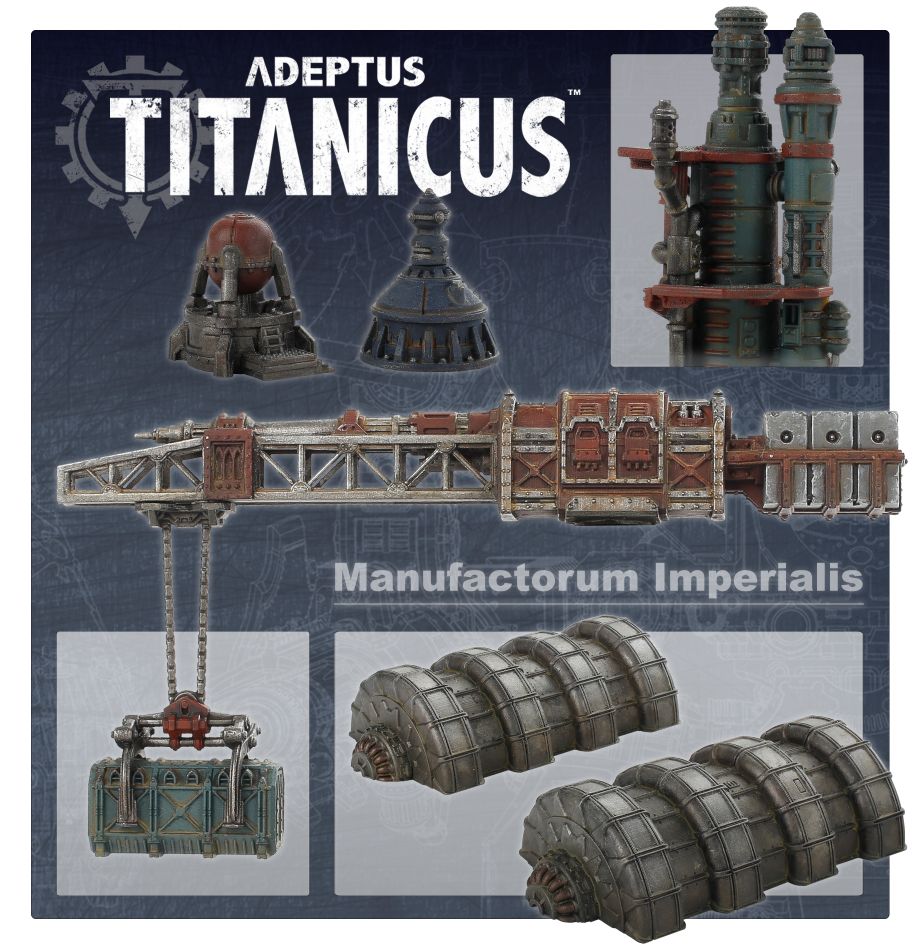 The Manufactorum Imperials is a fantastic new kit for Titanicus. It’s very versatile and adds a lot of cool knick-knacks to your battlefield. You get 2 sets of 2 sprues and you can build all sorts of things with them. We loved the shipping crates which are almost perfectly scaled down versions of their 40k counter parts – same with the Barrels. The Pipe-works, too!

Some of the Manufactorum Terrain did lose some of the fine details due to the scale – but it’s not really noticeable once you get it painted. Plus – this is Titanicus Scale, so that’s kind of expected. The cranes and the Silo/Generators are pretty great and will make an excellent addition to your Titanicus Table! 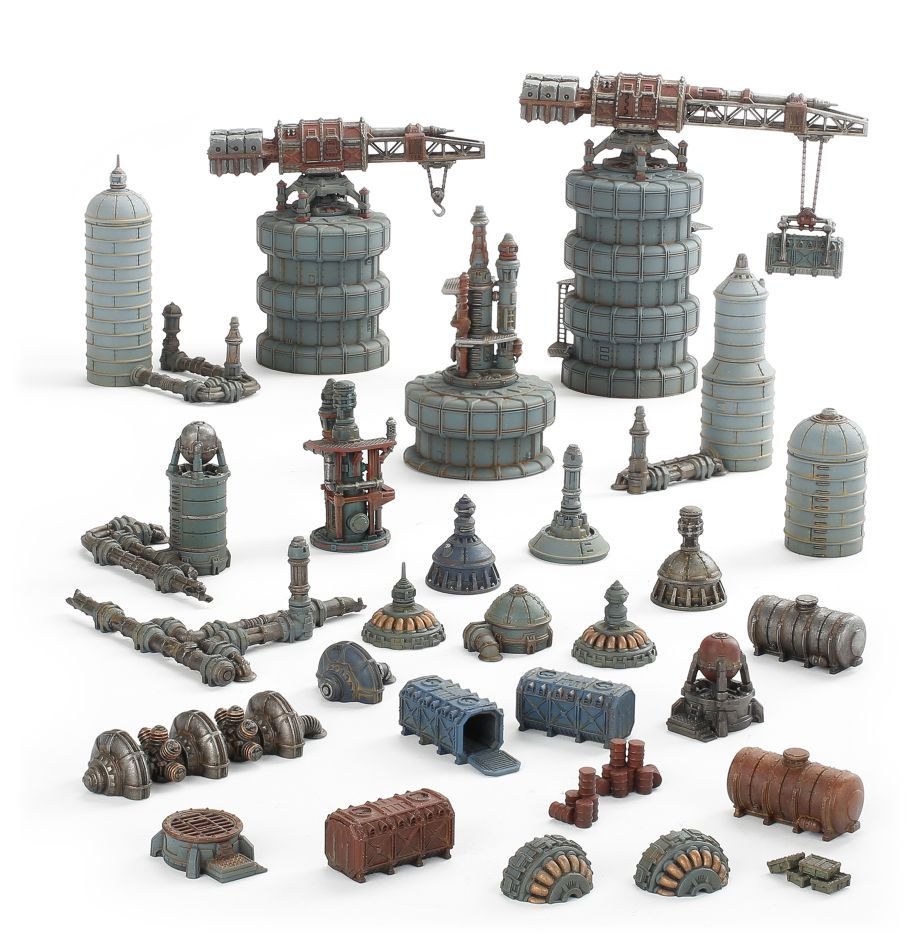 Across the war-torn worlds of the Age of Darkness, Titans battle amongst ruined cities. Some of the most hotly contested battlefields are industrial sectors, their resources greatly desired to repair and refuel the mighty god-machines and their allies.

This set of plastic terrain allows you to recreate industrial battlezones for your games of Adeptus Titanicus. It includes a wealth of Manufactorum Imperialis terrain that will give your tabletop an industrial feel and add new features for your Titans to hide behind, cross and capture. Among the features of this terrain are Munitorum armoured containers, complete with interior detail, barrels, cranes, pipelines and much more.

Author: Adam Harrison
Writer, Editor, Texas Native, and Austinite for 15+ years, Adam covers all things Tabletop Gaming. Which includes Warhammer 40,000, Age of Sigmar, D&D, Board Games and everything else that involves dice, boards, cards and a table. A hobbyist, player, and collector of miniatures and games, Adam's current obsession are his Death Armies for Age of Sigmar, his Blood Angels and Tyranids for 40k, and his ever growing Arkham Horror: The Card Game Collection.
Advertisement
Adeptus Titanicus Games Workshop Horus Heresy Miniatures Tabletop News Videos
Advertisement 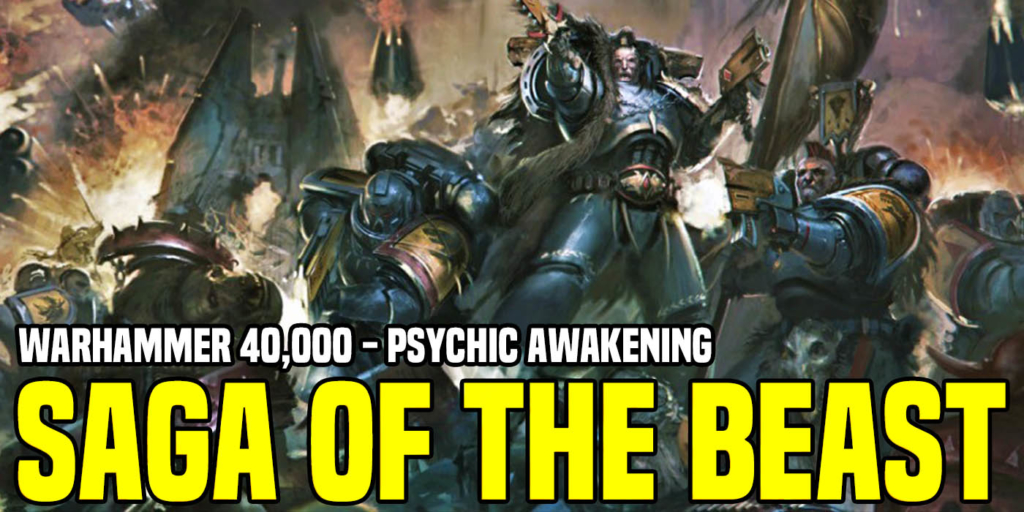