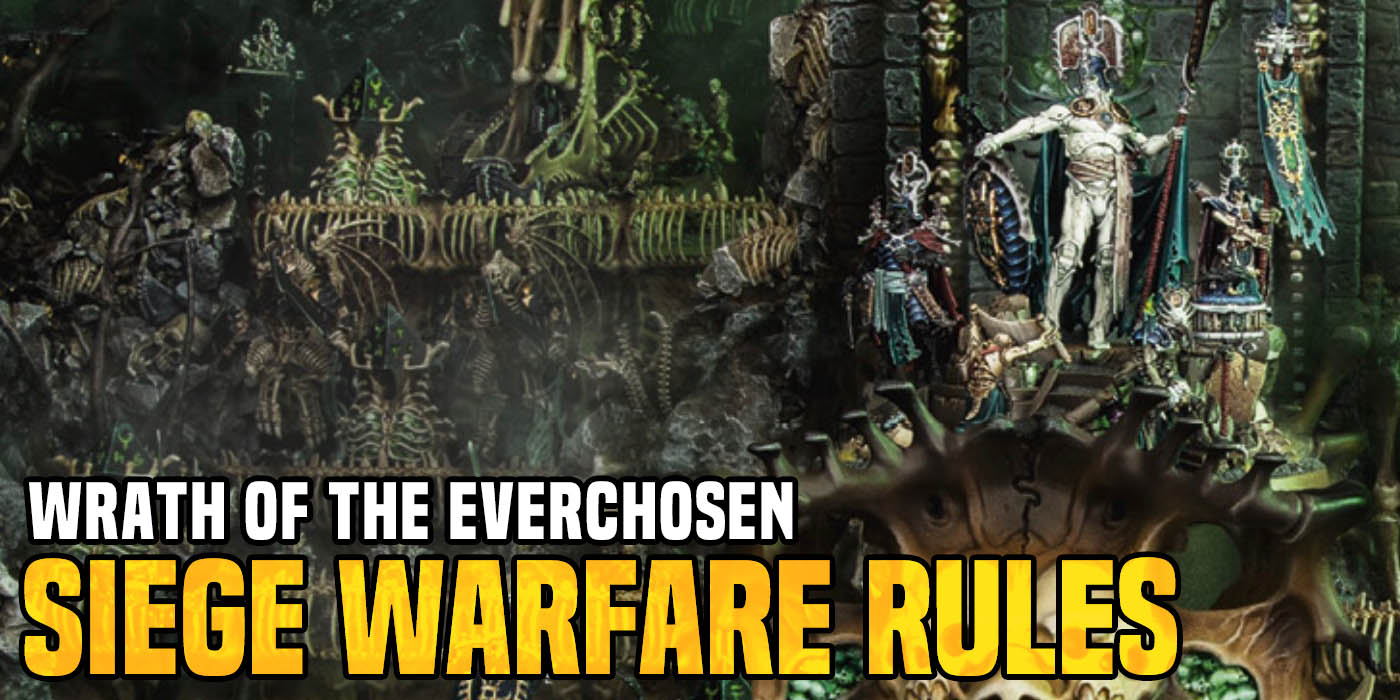 Come take a look at how the Siege Rules work in the brand new Wrath of the Everchosen expansion.

Wrath of the Everchosen introduces a new set of Siege Warfare rules to allow players to recreate battles with attackers and defenders duking it out over a Stronghold. Let’s wade into the rules: 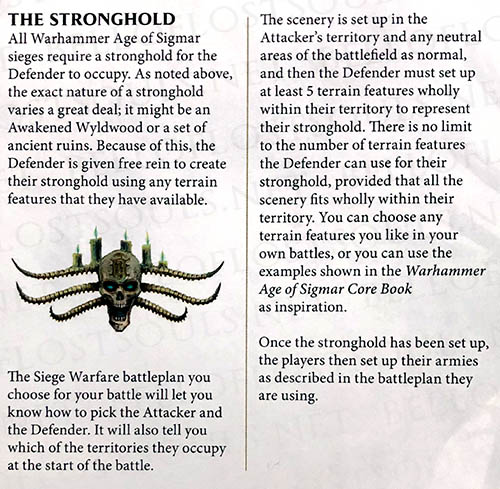 First you choose who is attacking and who is defending. The Defender sets up 5 terrain pieces of nay type wholly with their territory. Things like Dreadforts, and the like are perfect but I’m sure the non-Chaos players will come up with something. This collection of 5 terrain pieces is the Stronghold. Then both armies deploy according to the battleplan they are using. 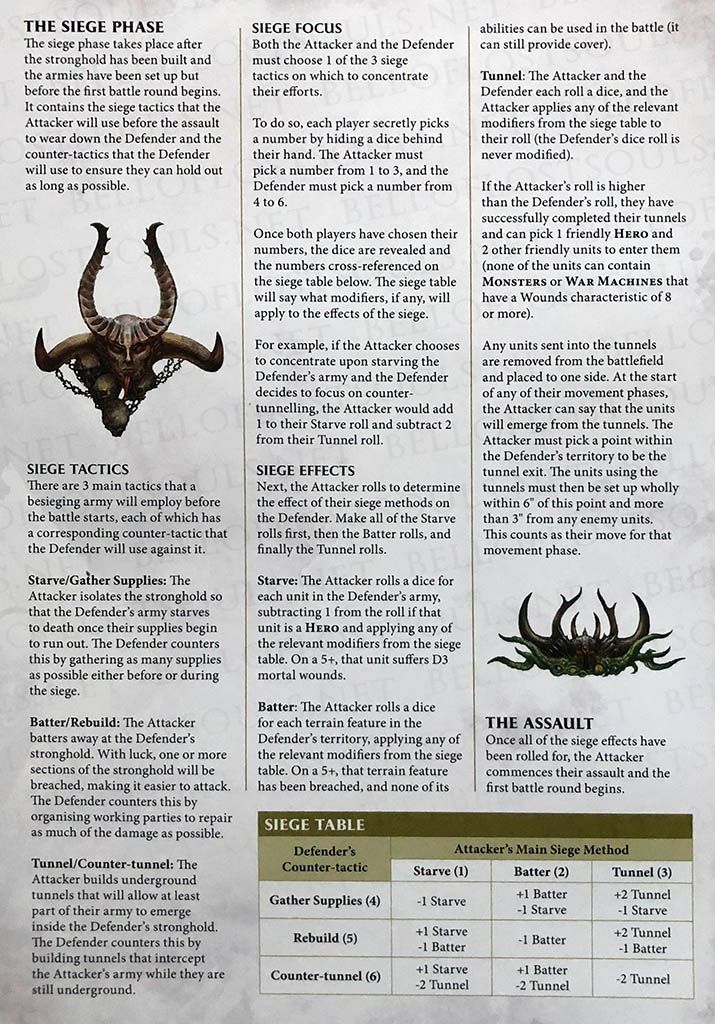 Before the game begins, we now resolve the Siege Phase, a one-time mini-game that occurs right before proceeding to turn 1.

The Attack and Defender both choose one of the 3 siege Tactics in secret and reveal them to each other. You cross  reference then on the chart down there to see what modifiers you make to Siege Effects rolls. Then you go through each of the three Seiege Effects (with modifiers) to see what effects occur. The Defenders may lose models to starvation, some sections of the Stronghold may be destroyed, or the attacker may succeed in getting some of his units into the enemy backfield due to tunnels.

Once resolved, the game begins as usual.

The are just the core Siege Rules. Each army in the game has a set of special abilities that further alter the Siege Phase results. For example, undead ignore the effects of starvation rolls, while Fyreslayers ad +1 to Tunneling rolls. There’s something for everyone.

Have fun Storming the Castle! 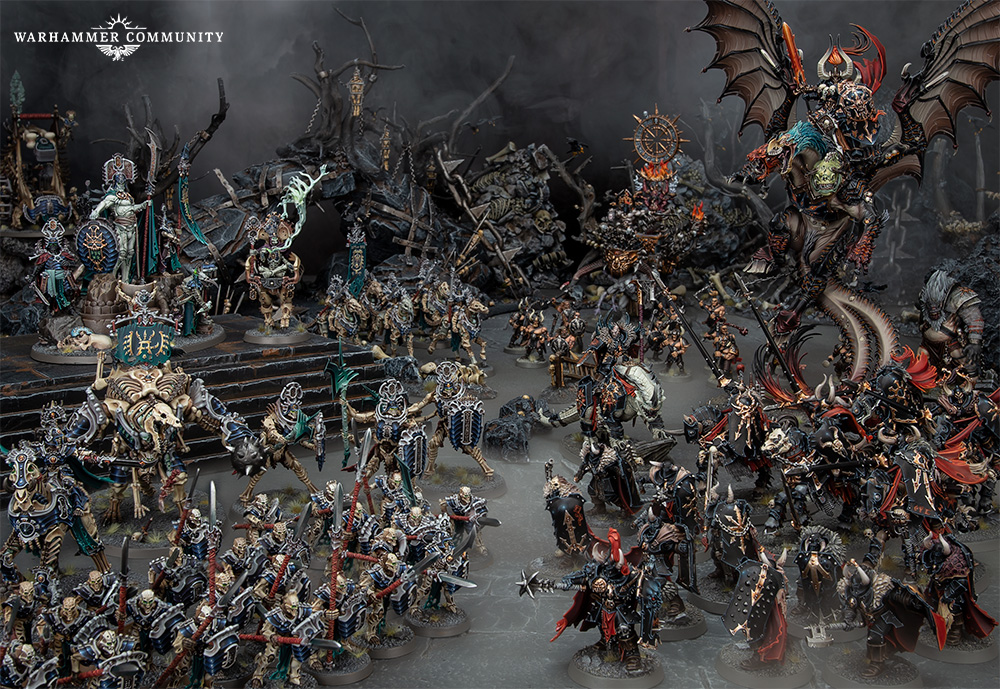 ~Better start building up your own Stronghold!

Author: Larry Vela
Dad, Gamer, Publisher, Pilot, Texan. All games all the time since junior-high. I started BoLS Interactive in 2006. I’m a lifelong tabletop & RPG gaming enthusiast, and internet publisher working to entertain and inform my readers every day. I've been playing RPGs and Tabletop Games since the 1970s. I'm been playing and covering Warhammer and Warhammer 40K for over 35 years.
Advertisement
Age of Sigmar Rules
Advertisement 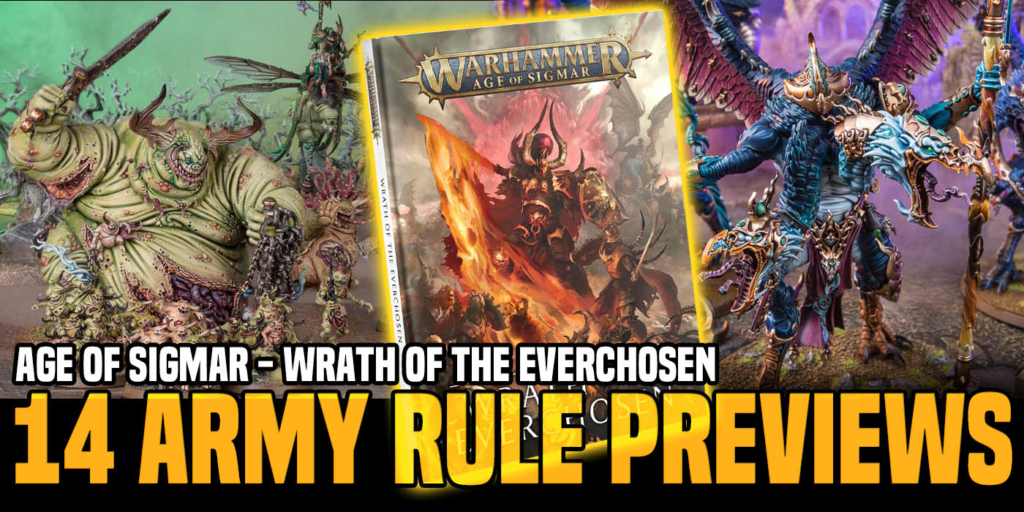