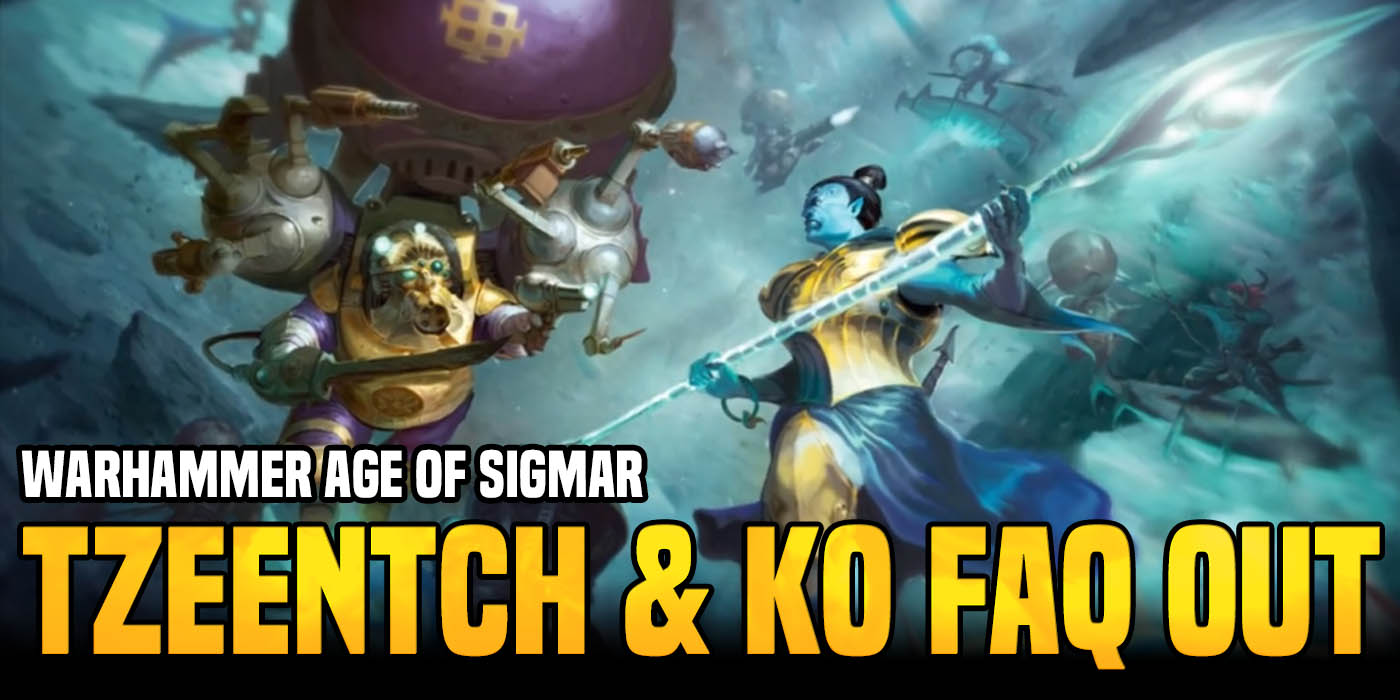 Games Workshop cleans up a pretty big issue with the Disciples of Tzeentch in a new round of FAQ changes. Check these out!

The Disciples of Tzeentch and the Kharadron Overlords both recently got new Battletomes and a Boxed Set. Now, Games Workshop has issued Designers’ Commentary and rules Errata today to help clear up some of the issues from the books. The DoT errata is very much appreciated as it fixes one of the big issues non-Tzeentch players had with the book. 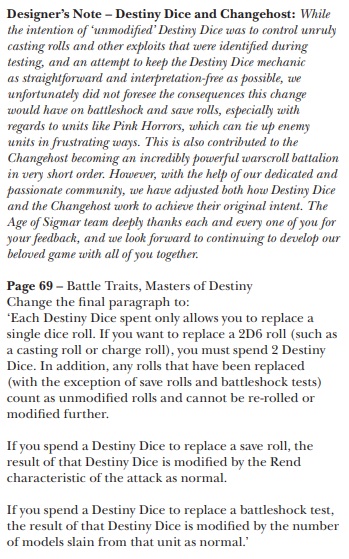 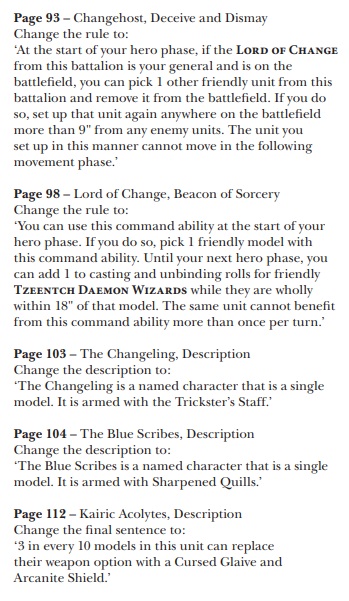 That’s all the FAQ info for the Disciples of Tzeentch. However the Commentary does go a bit further and clarifies even more info. 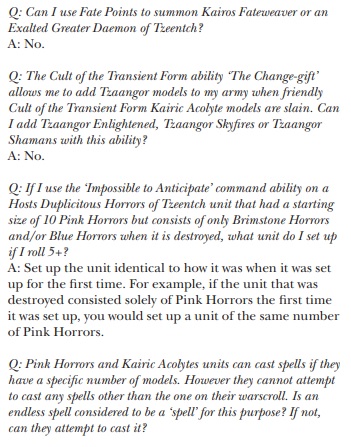 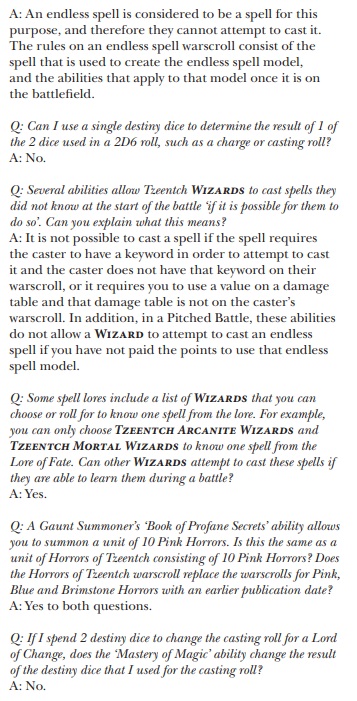 Overall, it’s nice to see an acknowledgement that “oops, we went a little too far and missed something” and that was then justifiably tweaked. It’s also interesting to note the change to summoning in Kairos and an Exalted Greater Daemon of Tzeentch. The Exalted Greater Daemon of Tzeentch is the Forge World Model and has its own Warscroll so maybe that would need to get an update, too: 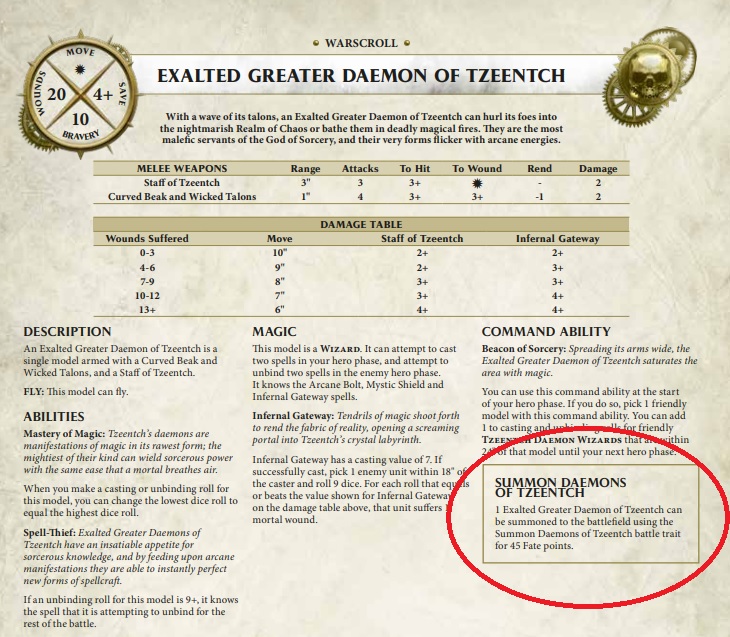 The Kharadron Overlords changes were a lot less dramatic. They only received a Commentary and no Errata. 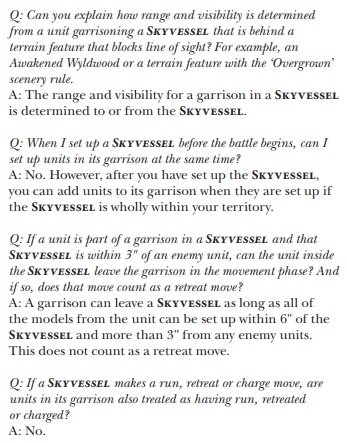 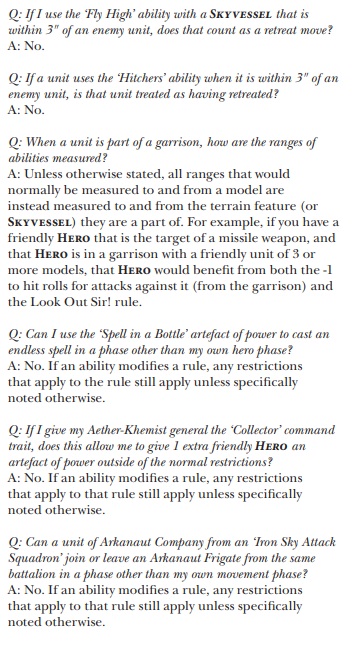 So there you have it. As always, you can download the errata and commentaries from the links above. Have fun flying the friendly skies!

Aether-Warriors Assemble! What do you think of these changes?