Make the dark ages even darker and… age-ier with a new edition of Cthulhu Dark Ages, the roleplaying game of eldritch horror and feudalism.

The dark ages were scary enough without adding the grim spectre of eldritch abomination to the mix. But you may as well add cosmic terror to an already terrifying life. After all if you’re going on crusade, what does it matter if you’re dying of starvation making your way towards a distant land you’ve never seen, or dying because an elder thing from beyond the stars decided you were crunchy and tasted good with catsup.

But if you’re of a mind to be the light that shines all the brighter in the darkness, then Cthulhu Dark Ages might just be the game for you. It’s satisfying dark fantasy with a healthy helping of horror mixed in, and the third edition comes with three new stories. 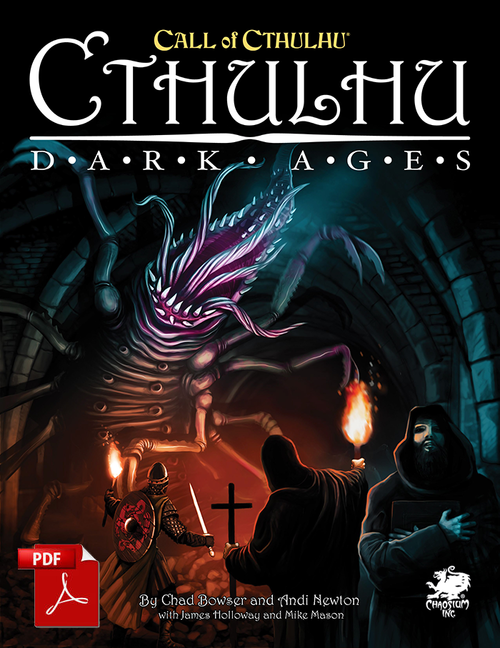 Cthulhu Dark Ages is a world lit only by fire. The ancient empires collapsed centuries ago, taking their culture and learning with them. It’s a dark world and people are right to be afraid of the dark. Apart from the Viking raiders, witches, and outlaws, there are the unquiet dead, ancient horrors, and other malevolent beings stalking the countryside. Dark entities, beyond good and evil, wait hidden in the recesses of time and the angles of space. A few brave souls try their best to resist the horrors and push them back from whence they came. 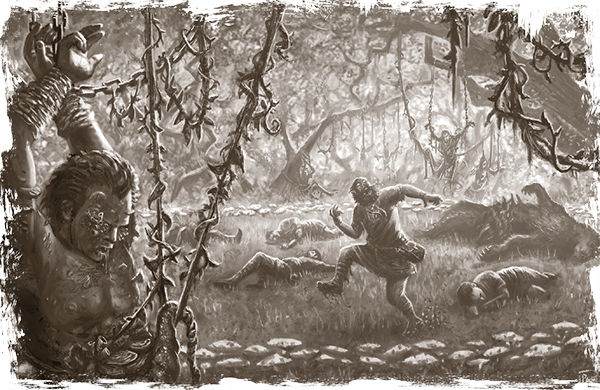 Will you be one of them?

With the 3rd Edition, Cthulhu Dark Ages has been updated for Call of Cthulhu 7th Edition, completely revised and includes a wealth of new setting material. Inside you will find a player’s guide to the Dark Ages, an optional Sanity mechanic for mirroring the medieval mindset, rules for the oral tradition of storytelling and mounted combat, a grimoire of Dark Age spells plus optional rules for Folk Magic, a bestiary of monsters, as well as a fully detailed setting—the Anglo-Saxon community of Totburh in England’s Severn Valley, full of interesting characters, dwelling descriptions, and a multitude of plot hooks for Keepers to use and develop.

This new 3rd edition comes in full color, with additional material concerning poetry and kennings, the written word, using the Oral Tradition in games, amulets, further use of Sanity in the setting, Paganism, and Norse Paganism. 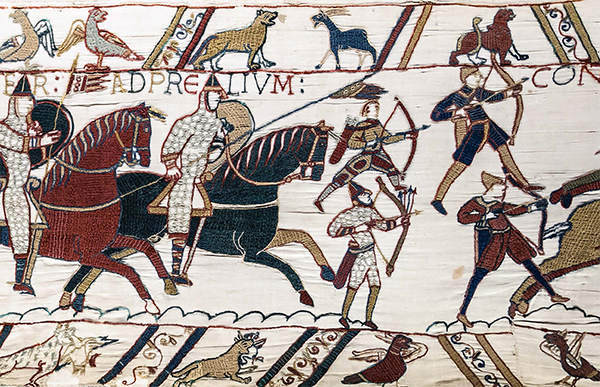 Three ready-to-play scenarios introduce players to the world of Cthulhu Dark Ages, building on the tensions, characters, and horrors lurking in Toburh and the lands surrounding the community.

The book is rounded out with comprehensive appendices containing a Dark Ages Glossary of historical terms, a Timeline covering 950–1054 CE, a Who’s Who of notable historical people, kings, and popes, and a bibliography of texts and sources of inspiration.

Throughout, advice and guidance on running adventures and presenting the world of the Dark Ages is provided.