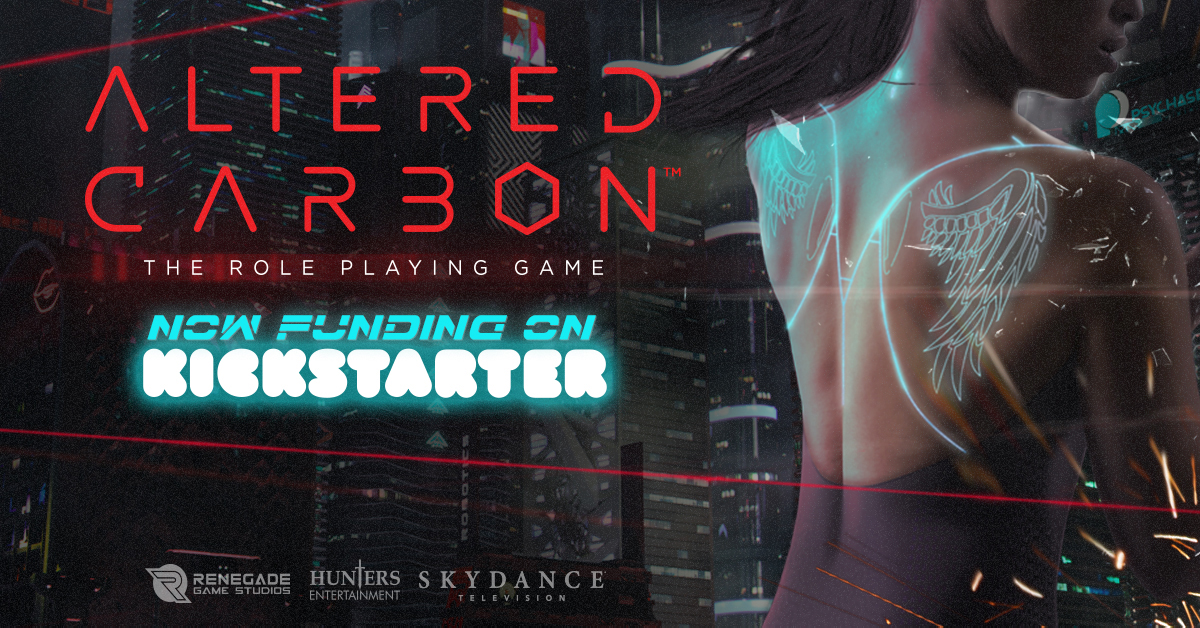 Just in time for the upcoming season 2 of the cyberpunk TV show, Altered Carbon the tabletop roleplaying game is Kickstarting (successfully) right now!

We live in the future, and I can say this safely because not only are we getting a new season of a cyberpunk TV show, we’re also getting an accompanying cyberpunk RPG system set in the world of that show, which is crowdfunding directly from fans. It’s an incredibly 21st century statement, and there’s some irony about using tools and technology to help fund and fuel a game in a genre that’s based on the fears and pitfalls of a society that becomes reliant on too-integrated technology (and capitalism, because it’s always about capitalism). But the fact remains that Altered Carbon is kickstarting now. And since they’ve already raised 130,000+ of their $20,000 goal, it looks like they’re well on their way to success.

Using something called the Hazard System, a roll-under system that works from d12s all the way up to d4s (for masters) it’s an odd little system, but the game has a ton of amazing art and an interesting and deep world along with it. There’s a lot of neat mechanics built in to playing a game where characters don’t necessarily die, and in fact have re-sleeved themselves a few times. Check it out!

The core edition of Altered Carbon: The Role Playing Game takes place on Sol (Earth) in the year 2384. With the help of a gamemaster (GM), you and your friends can create your own stories and Sleeves in Bay City, the futuristic Californian metropolis that serves as the main setting of the first book and Season 1 of the Netflix series.

Working in tandem with Skydance Entertainment, we’re able to provide a deeper dive into the world of Altered Carbon. As a result, we’re expanding on elements of lore, and the colonized worlds that previously we unexplored until now! 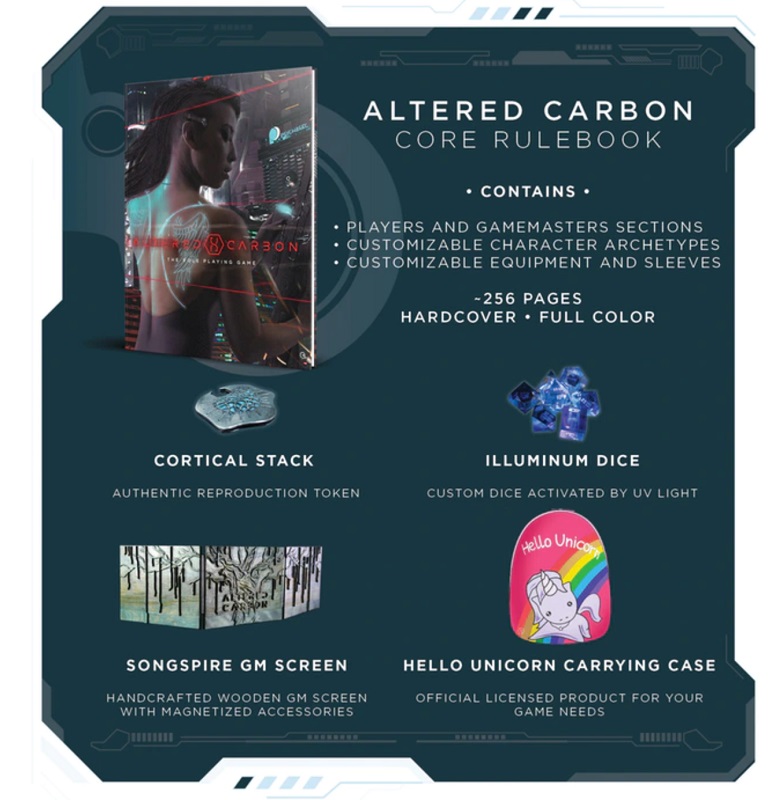 The Core Rulebook contains everything gamemasters and players needs to play the game. 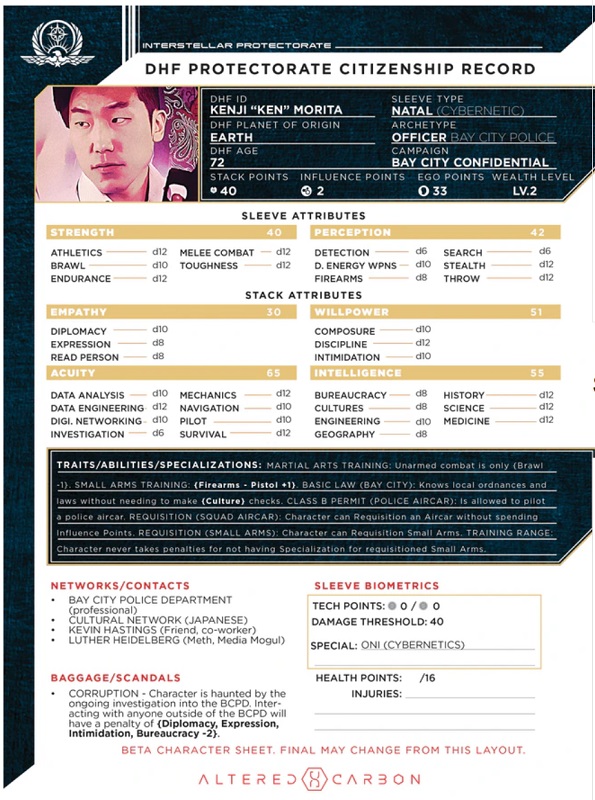 Back the Altered Carbon RPG today