Come and check out the new Ursus Claw and Natrix shock lance, both of which help your Warhounds punch above their weight.

There’s so much to love about the new Shadow and Iron book, but today we’re taking a look at Warhound Titans specifically, and in particular two of their new weapons that Shadow and Iron makes heavy use of–the Ursus Claw and Natrix Shock Lance. Let’s take a look!

First up the Ursus Claw. This is designed to stagger other titans. With its harpoon like action, it breaches enemy armor and was originally used to pull ships close for boarding, but was converted during the Heresy days to pull larger engines down so Warhounds could make short work of them. 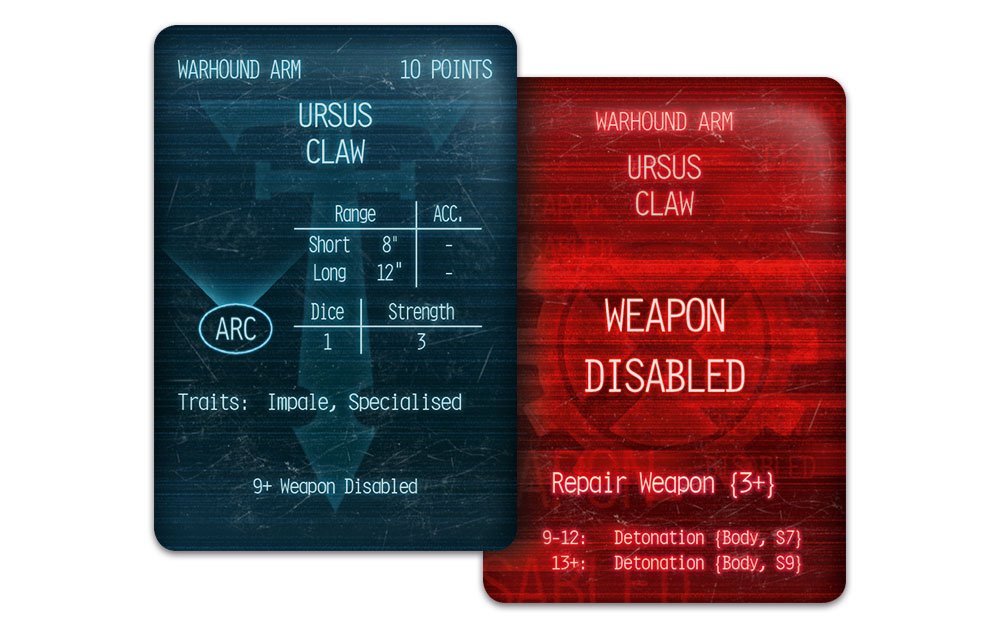 For best results, group up those Warhounds for that extra strength bonus.

The Impale trait means that when an Ursus Claw hits, you don’t make an Armour roll. Instead, you roll a D6 and add the Strength of the attack – plus an extra 1 for each additional Impale weapon firing. Compare the final result to the Scale of the enemy you’re attacking – if it equals it, you force the Titan to randomly turn to the left or right. If it exceeds it, the Titan’s legs take D3+1 Devastating Hits – and any resulting Catastrophic Damage automatically results in the target being Laid Low! 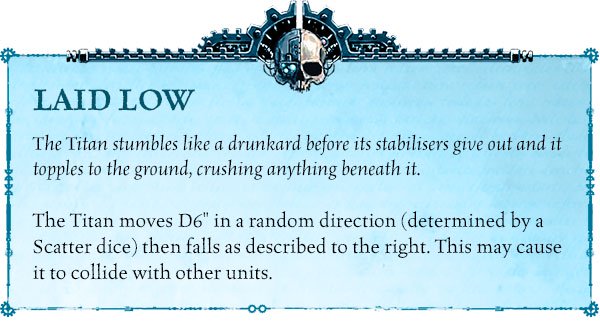 Being Laid Low! is no joke, you ruin the risk of a collision, but also gain the benefits of knockdown allowing an opportunistic commander to seize the advantage. 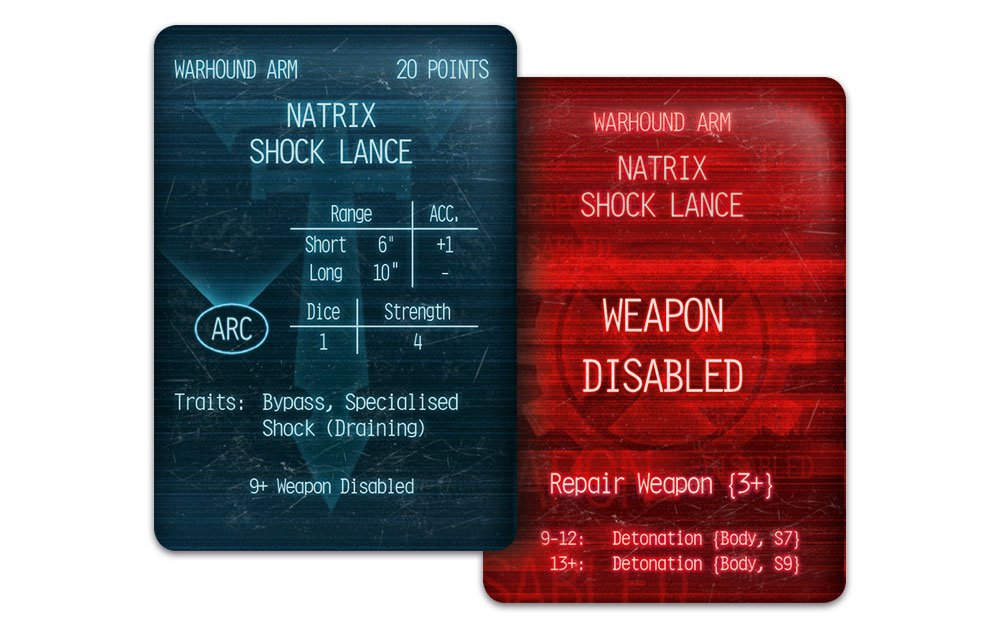 Meanwhile, the Natrix Shock Lance is an upgraded version of the Ursus Claw. It has a shorter range, but higher strength, and it comes with the Shock Trait, which means any Direct, Devastating, or Catastrophic Hits with the lance immediately cause their target to issue a shutdown order. 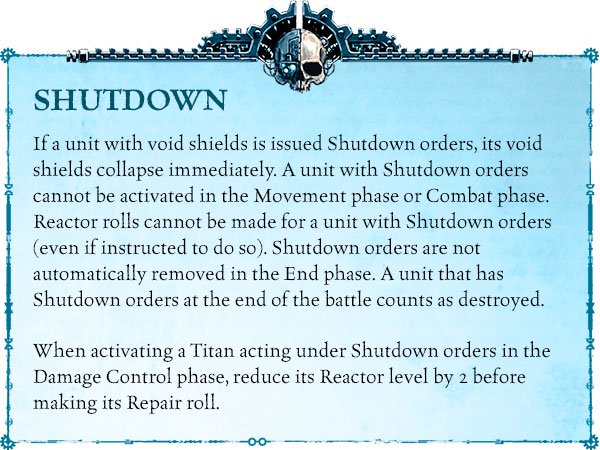 Both of these weapons give Warhounds an extra advantage going up against larger foes, but require a lot of risk and/or careful positioning to pull off. Still, it’ll be nice to see how these new weapons help Warhounds get a little more play. 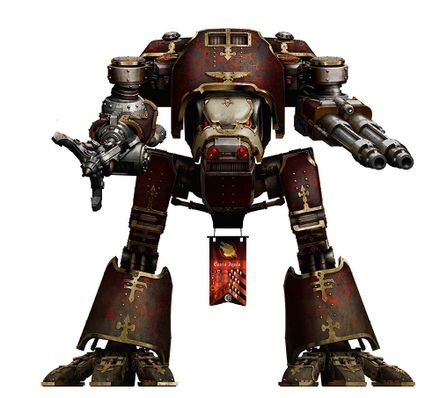 What do you think of the weapons?