Warhammer Odyssey: Gotrek And Felix Come To WHO – BoLS Exclusive!

Gotrek and Felix return once more to the World-That-Was, this time getting ready to venture out on their very own Warhammer Odyssey. Fitting, as that’s the game they’re appearing in.

We have an exciting exclusive for you today folks. We are pleased to bring you the very first look at Gotrek amd Felix as they will appear in an upcoming addition to Warhammer Odyssey, the only mobile MMO poised to let you explore the vastness of the Old World from your phine, wherever you happen to be. Today, thanks to the folks at Virtual Realms we have quite a look at the deadly duo. 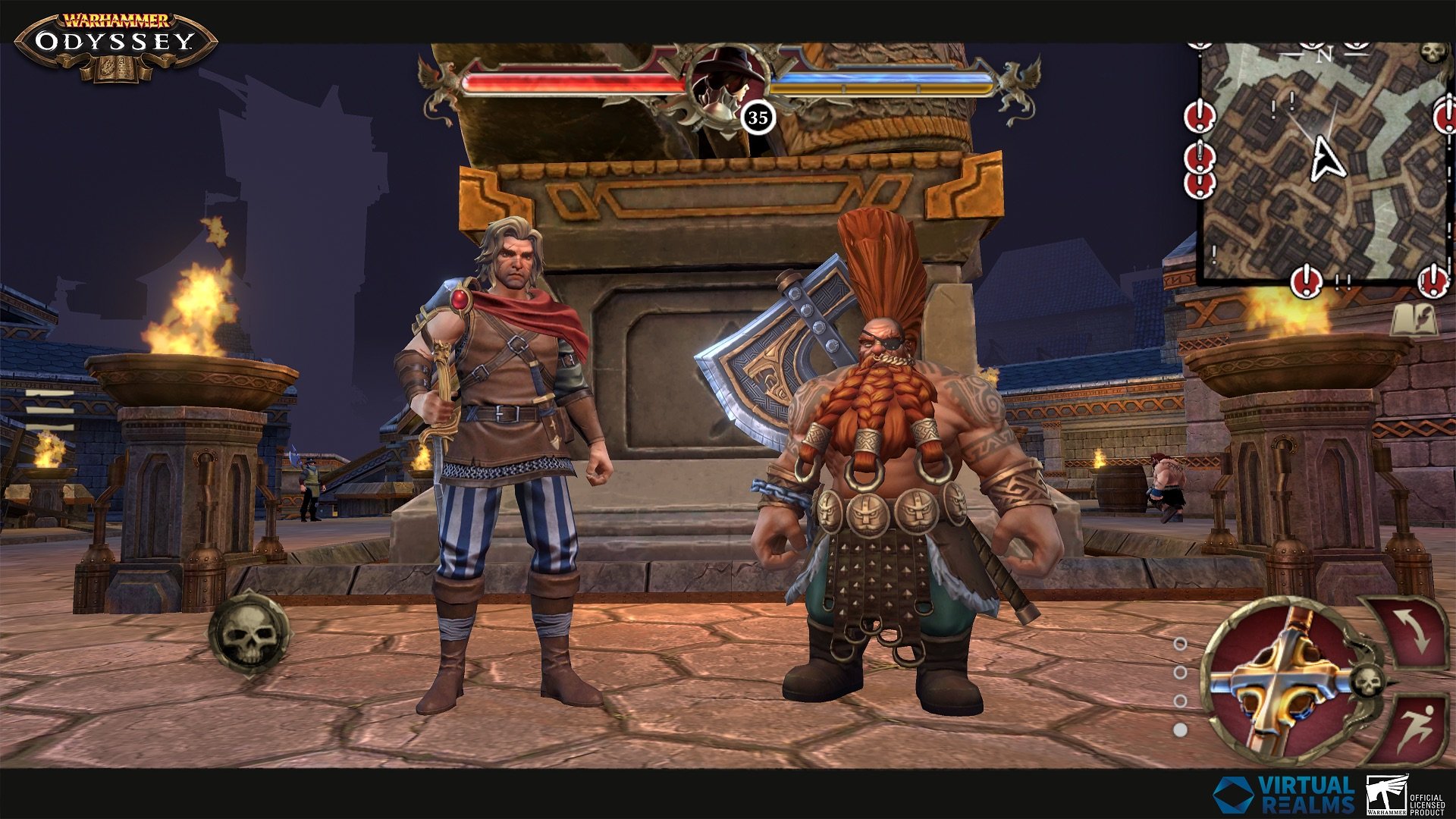 We also had a chance to chat with co-founder of Virtual Realms, James York, going a little more in depth on the path the game has taken to get to your phone. If you’re curious about how Gotrek and Felix came to be, read on!

What made you decide to bring Gotrek and Felix to Warhammer Odyssey?

The Gotrek and Felix novels were a great source of inspiration for us (and much loved characters). As wandering adventurers, much like the players, it made perfect sense to us for them to pop up during your travels and occasionally share some common goals.

Do you think they’ll draw people in? How are you hoping people will interact with them?

Well this isn’t a game about Gotrek and Felix, think of them as fellow adventurers on similar paths.

What went into making a game set in the world of Warhammer Fantasy as opposed to something like the Mortal Realms of Age of Sigmar? Was it recognition?

They are two very different times, both of which have a lot to offer, in our case so many of our team grew up with the period of Warhammer Fantasy that we’re working with it just felt a natural fit.

What were some of the challenges with developing a game set in the “world-that-was?”

We want to do it justice of course so there’s a lot of attention to small details that long term fans will recognise, when you’re working with 30 years of lore, that can at times be conflicting, there’s a LOT of fact checking!

What’s been the most surprising obstacle you’ve had to overcome when developing the game?

Taking such a huge world and breaking it down into a more individualized experience. Going from macro to micro is really challenging.

Do you have a favourite part of the game? If so, can you tell us about it?

Marienburg is one of our favourite places to visit. Our Art Team have done an amazing job to create this massive detailed area, it’s easy to get lost in the back streets!

What’s the best thing about working in the Warhammer world?

Simply being hands on with something so many of us have been deeply involved with for years…and adding our own small entries into it’s history.

MMOs are in an interesting place right now–especially ones set in GW’s worlds. How will you make yours stand out?

I think whilst many games in this setting focus on the idea of large scale war our interpretation is more about the day to day life of the Warhammer world, the more insidious threats.

What’s the best thing you’ve learned, working on the game?

We have a multinational team, some of which haven’t been exposed to the Warhammer IP in the past, it’s been great to watch how it pulls in all sorts of people from a variety of backgrounds and ages. There’s quite a few new painting enthusiasts in the studio now!

If you had to pick a favourite character, who would it be?

Thanquol, in another life he’d be a game developer!

Author: J.R. Zambrano
Bell of Lost Souls Staff Writer and DM, J.R. covers RPGs of all stripes and on occasion eats sandwiches. You can ask him about either at [email protected]
Advertisement
Tabletop News Video Games Warhammer Fantasy
Advertisement