Soulbound begins in the Great Parch–that’s the main setting for the upcoming Age of Sigmar roleplaying game, Soulbound. Come and check out the new map!

The Mortal Realms are truly an adventurous place, where danger and disaster lurk in every environment. From the fiery landscapes of Aqshy to the strange metallic gardens of Chamon, there’s adventure to be found in every corner. But you have to start somewhere, and for Soulbound, the Age of Sigmar roleplaying game, that somewhere is the Great Parch. This vast continent is a site to some of the realm of Aqshy’s great tragedies and triumphs, take a look! 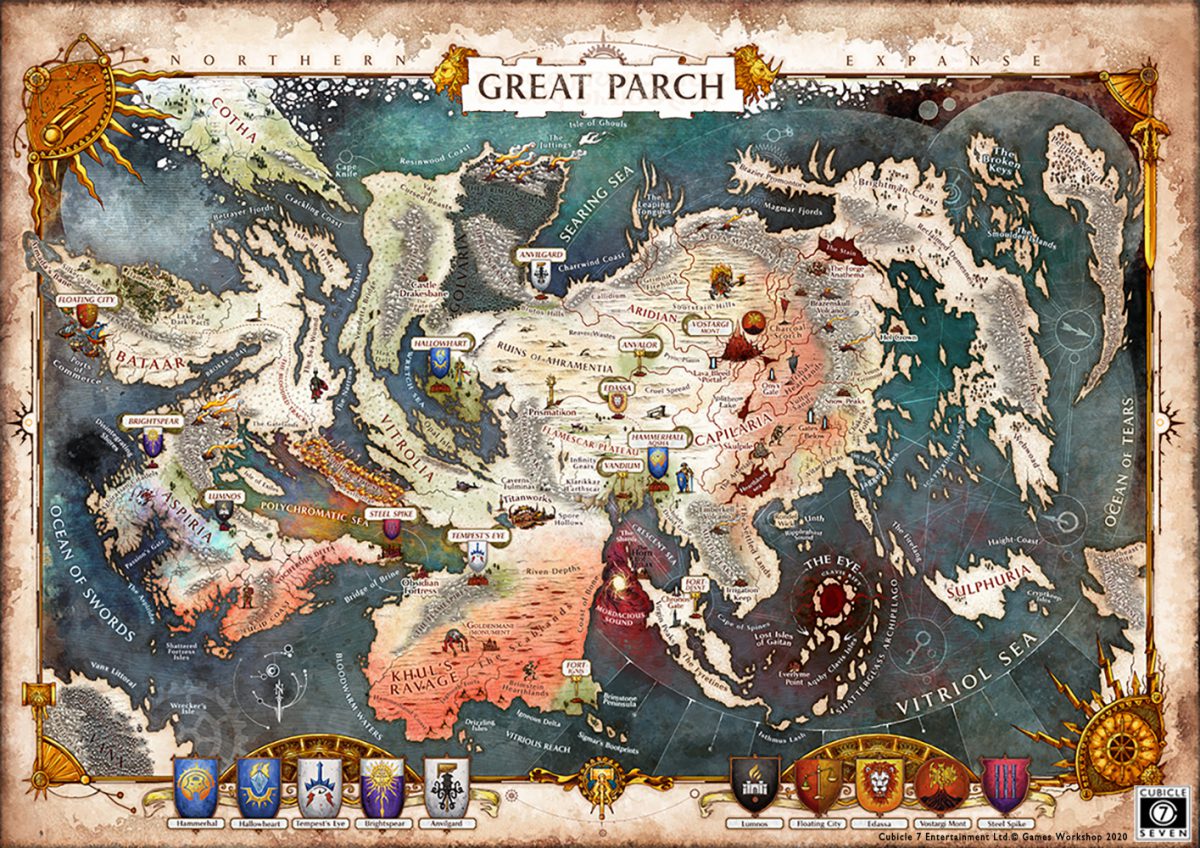 The Great Parch has stood at the centre of many of the greatest events in Aqshy’s history, for good and ill. It was on the Great Parch where many of the barbarous tribes of the east first willingly embraced worship of the Blood God, but also where Sigmar first unleashed his Stormcast Eternals and struck back against the armies of Chaos. The indomitable Fyreslayers were born on the Great Parch, yet so too was the twisted Goretide of the terrible Chaos Warlord Korghos Khul. The Great Parch has been the backdrop for some of the greatest victories and vilest atrocities in the history of the Mortal Realms. This is where your story begins.

This map, created by cartographer Jared Blando, who has made a surprising number of your favorite maps, shows off the Great Parch in great detail. You’ll get featurettes that highlight the various regions on the map: 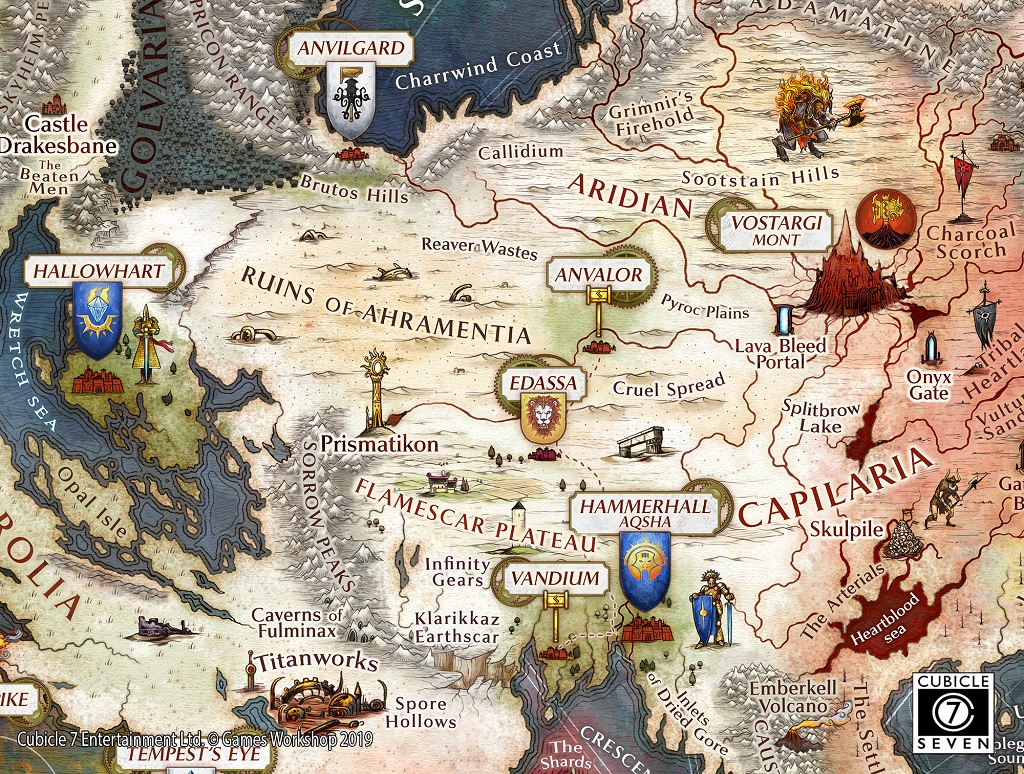 If you played Season of War: Firestorm, you’ll probably recognize a few of the details from the Flamescar plateau, like the Prismatikon or the Infinity Gears. Or perhaps you’d like to go for a swim in the Heartblood sea (you probably wouldn’t). Or check out this close up of the realm of Aspiria: 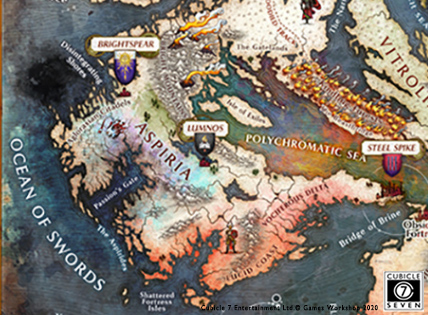 Set here next to the Ocean of Swords (and hey, Faerun only has a sea of swords, so that’s one up), the newly reclaimed city of Brightspear is where the Soulbound starter set takes place. So get used to the Polychromatic sea and the surrounding environments.

The main book has more detail on the rest of the items you see on the map, at least enough to spark a GM’s imagination so that the cadres of Soulbound can get out there and get adventuring!