Eberron is a world of high magic and growing technology. And nothing signifies that like a Dragonmark–come take a look at the Dragonmarks of Eberron.

In Eberron the world is touched by the prophecy of the dragons. And Dragonmarks are the power of the Dragons made manifest. These mystical sigils appear on humanoids, and appear to be passed down through various bloodlines, though on occasion you can find an Aberrant Dragonmark that heralds something else entirely. Dragonamarks are powerful magical sigils that appear on someone’s skin and grant their bearers varying abilities, and enhance their skills–there are 12 Marks all in all, there were once thirteen, but none now hold the destroyed mark of the Vol bloodline. 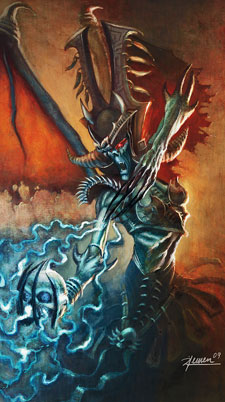 No one knows exactly who will manifest a mark–this happens in adolescence usually, though it does seem to striate out by race. The Mark of Hospitality, for instance, is a Halfling trait, while Half Elves alone possess the might of the Mark of Detection, each one indicating something of the creatures’ role in the unfolding Great Prophecy. Though most people don’t put much stock in Draconic affairs–they are powerful, sure, but removed from much of the world.

These marks are powerful nonetheless. They have made the bloodlines that possess them powerful, and the guilds and trades that have sprung up around the Dragonmarks can lend weight to even the lowliest peasant. To bear a Dragonmark is to be literally marked by destiny. Or, at the very least, marked with minor magical powers that can help you perform well in a given industry–and capitalism is a power all its own. Let’s take a look. 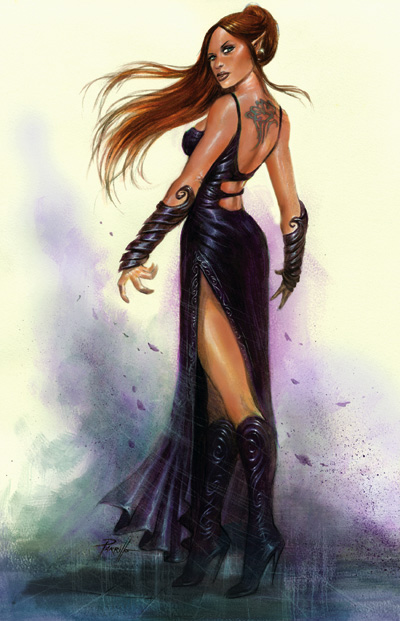 As mentioned there are 12 different Dragonmarks and picking one is a choice you make when picking out the race you want to play. If you are a human, these are a variant race and replace your normal racial abilities, if you are Half-Elf or Half-Orc, these replace your racial ability modifiers and tweak your traits. If you’re one of the other Dragonmarked races, you’ll just use these as an alternate subrace. So instead of a Wood Elf, for instance, you’d just take Mark of the Shadow. 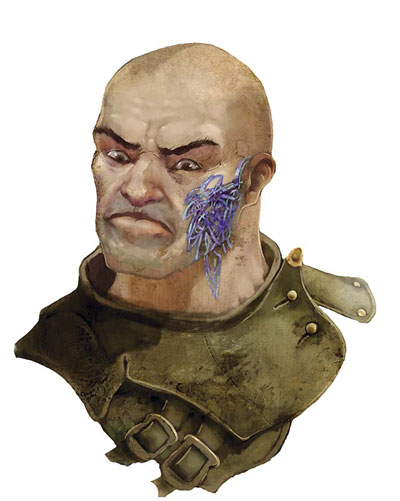 Each Dragonmark gives you an Intuition die, which starts off as a d4 that you can add to an associated skill or tool check, proficient or not. You can take later feats or magic items or whatever and give yourself an increased die size, going up to a d10. And that’s universal to each of the Marks. Beyond that, there are several magical effects that are beholden to them. Today we’re taking a look at Humans, who possess the lion’s share of the Dragonmarks. 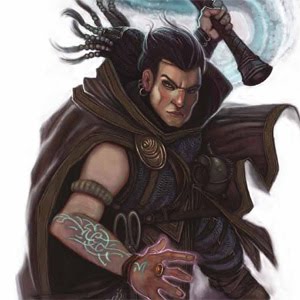 The humans of House Vadalis carry the Mark of Handling. They are some of the best at husbandry and control livestock and livery throughout Khorvaire. The Mark of Handling lets them, handling wild beasts and magical ones as easily as a rider handles a horse.

Humans with this Mark increase their Dex and Wisdom scores by one, alongside a score of your choice, making them a natural fit for Rangers and Druids, which makes sense given their animal related abilities. Though interestingly they make excellent Monks as well, though doubtless many in House Vadalis prefer not the isolated life of a Monk.

Wild Intuition means you’ll be able to use your Intuition die on Animal Handling and Nature checks, while Expert Handling and Primal Connection help your husbandry allowing you to use the Help action to aid an animal companion, and cast animal friendship, but the real strength of this Mark is in The Bigger They Are which allows you to target Monstrosities with spells that target only beasts.

The Mark of Making runs in the bloodline of the humans of House Cannith. Masters of the Tinkers Guild, House Cannith are famous throughout Khorvaire for their innovations such as the Lightning Rail and more incredibly the Warforged. Whether making magical or mundane items, the Mark of House Cannith is widely known for quality.

And ruleswise, the Mark of Making is well suited to those wishing to tinker. With an increase to Dexterity and Intelligence alongside a floating choice, humans with the Maker’s Mark are gifted Wizards and scholars. Their Dragonmark gives them Intuition with artisan’s tools, as you might expect, as well as access to magic associated with crafting, gaining the Mending cantrip, but more potently Magecraft. This ability lets them create a temporary magic item that can replicate a cantrip from the Wizard spell list, and you can know it as long as you possess the item you created.

Similarly, Spellsmith allows a Magewright with this Mark to spend a minute and grant a temporary +1 to AC or to hit and damage, but more importantly, making them magical. This is the first time I’ve seen an ability like this that is flexible enough and that’s more of a ribbon than a core class feature–unlike the Forge Domain, where your class features don’t scale as well as they could, this allows you to pick whatever you want. Powerful for a Rogue or other Dex-based fighter on the go.

The Mark of Passage rules the Courier’s Guild, and that in turn is run by House Orien. They oversee the Lightning Rails, guide caravans, and otherwise act as couriers, capitalizing on their ability to move quickly.

And move quickly they do. With an increase to Dexterity of two, and a floating one anywhere else, they are grace itself. And their base walking speed is 40. These alone make them a strong choice–they’re already better Elves than Elves, but they can additionally use their Intuition on Athletics or Vehicle checks.

But wait there’s more. Orien’s Grace lets you give up half of your movement in exchange for not provoking attacks of opportunity, and if you’re really in a bind, you can use Shared Passage to Misty Step once per day. This is pretty powerful–and a Monk of House Orien would be one of the most mobile characters you can find. This might be a little too powerful, or at least horning in a little too much on the Elf thing, but I really like this concept. I wonder if House Orien also runs a shadowy assassin’s guild…

If they did, they’d have to watch out for the Humans of House Deneith, who carry the Mark of the Sentinel. These are bodyguards and marshals. They run the Defenders Guild and will keep whatever it is that needs protecting, protected.

They make excellent fighters and clerics, with a native increase to Strength and Wisdom, backed up by a player’s choice to shore up their character. Combo that with an incredibly powerful Intuition allowing them to add their bonus d4 to Initiative or Perception (only to notice a threat, but still), and you’ve got the makings of a very stalwart character.

Layer onto that Sentinel’s Shield and you’re rolling in dough. This is one of the better racial traits in the game so far. It gives Sentinels access to blade ward and Shield once per rest. This is incredible on anyone, but on a defensive fighter or cleric, that’s amazing.

Finally Vigilant Guardian lets you pick an ally that you want to protect. You gain advantage to find threats to them, and if you are within 5 feet of them, you can swap places with your protective ward and intercept an attack, which can be incredibly powerful when combined with a class that has features that activate when attacks target creatures other than them.

Phew, that’s a lot of Houses. But, there’s a lot to be gained from possessing a Dragonmark. These feel very powerful–but Eberron is a higher magic setting. Be sure and join us for the next couple of weeks as we explore more of the Dragonmarks, but for now, let us know what you think of these in the comments.