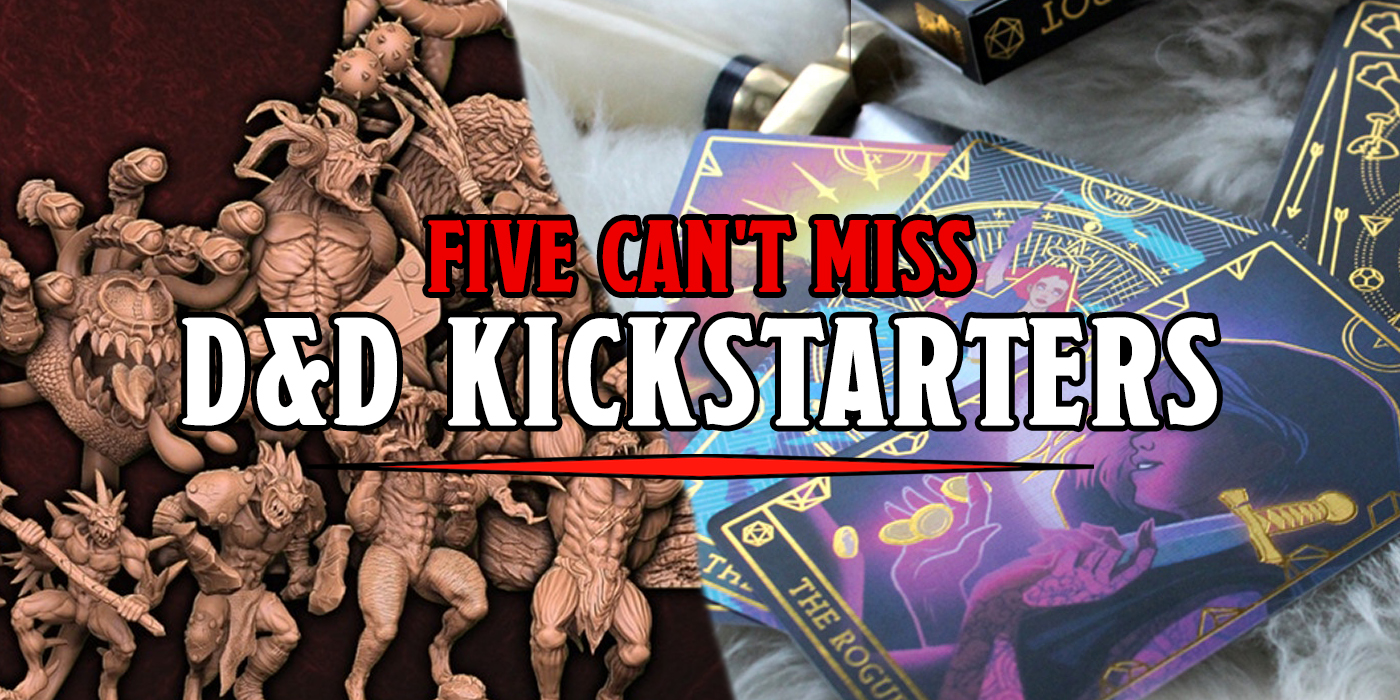 Kickstarter changed the landscape of RPG publishing. The crowdfunding platform has enabled innovations that are too small for big companies to take a risk on, or that were previously labeled too niche to find their crowds. It’s been an incredible boom over the last several years, and today we’re celebrating by looking at some of the best projects for D&D Kickstarter right now.

“ptember of last year, I started making D&D-themed candles, with names like Wizard’s Library and Dwarven Tavern.  I took a risk in doing this, because I didn’t know if there was a market for it, or if anyone was interested.  I’ve received a very positive response from my customers so far, and so I’d like to give back by making some original dice too.

Besides role-playing and tabletop gaming, I also love making music on the piano, ukulele, guitar, or synthesizer.  I currently sing in a choir, and during the long hours at rehearsal, I’ve been daydreaming about different kinds of dice I want to make. The idea dawned on me to make music-themed dice for people playing bards (or who are just regular music nerds.) I’m excited to produce these dice myself, right here in Utah.”

If you’re a music nerd playing a music nerd, these bard dice are prefect for you. This themed set is beautiful with crisp and easy to read numbering – assuming you can read music. This kickstarted is fully funded and working on unlocking the last of the stretch goals. 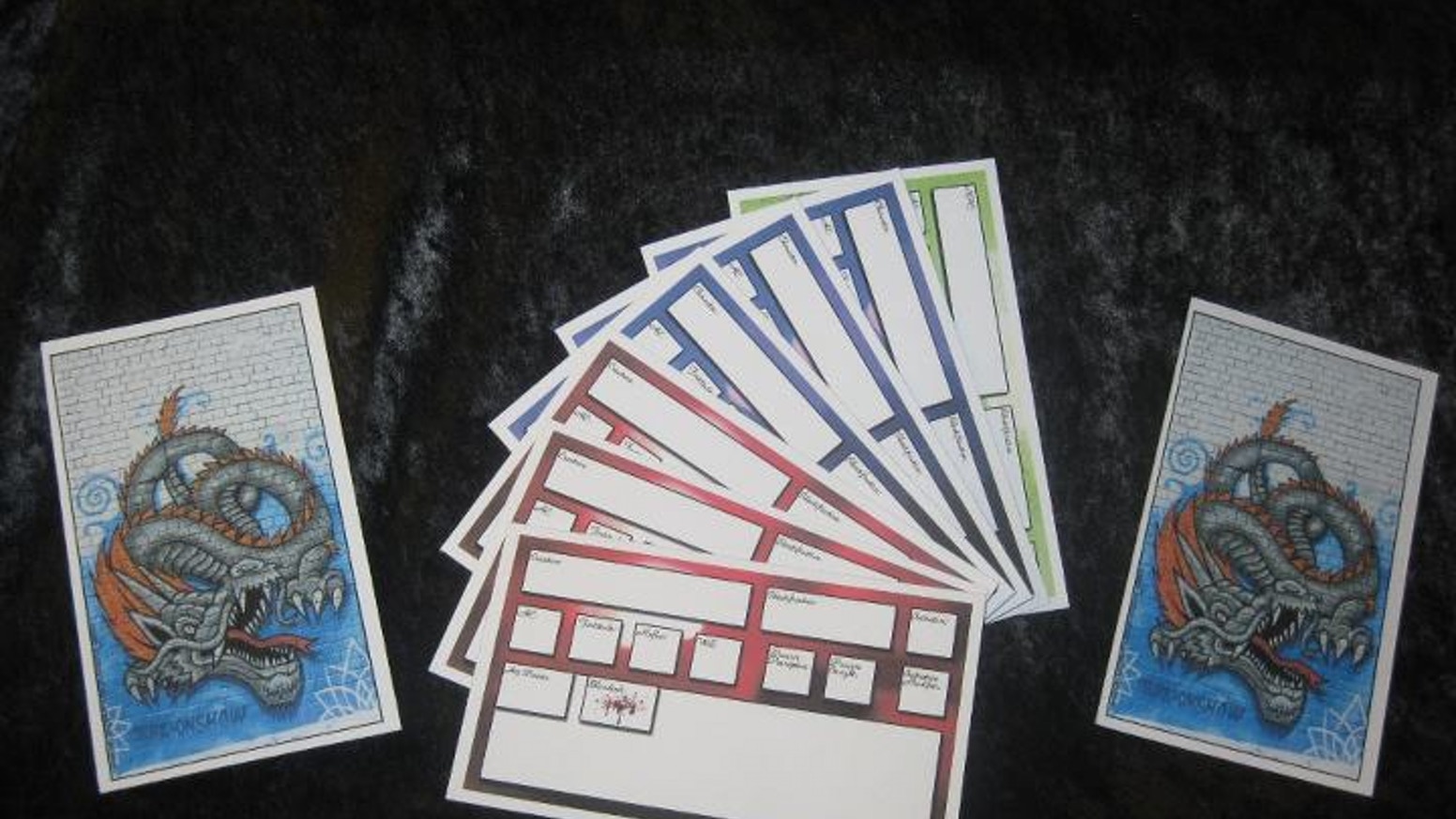 “Lets face it, if you are using the initiative cards supplied by a company I will not mention to keep track of your initiative order, damage and quick reference for vital stats, you just don’t have the room to write what you need. This is generally because the dry erase pen you are using is not the sharpest in the world and you are trying to write in an area that even a flea would find claustrophobic. Then you are dealing with the dry erase aspect of the dry erase marker. The slightest brush of anything and half of your info is gone. Period. And to use a wet erase … well, we all know water and cardboard, even high quality cardboard, do not mix. So what are we left with? Setting aside a beautiful piece of gaming accessory that is unusable and going back to our pen and paper method and the time that takes to set up. Because some of us are just plain OCD when it comes to that and chicken scratchings just wont do.”

It can be hard to keep the initiative order right during encounters. Between the party, any NPCs, usually multiple attackers of varying strength, there are a lot of characters to keep track of and lined up. That doesn’t have to be a problem with these color coordinated and painstakingly organized tracking cards. 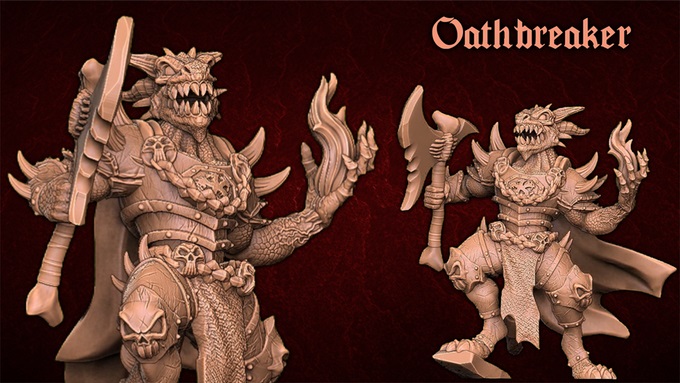 “This project was born from the attempt to combine our respective passions, the love of art and 3d printing. We decided to create a collection of monsters and creatures inspired by the famous role-playing game Dungeons and Dragons, of which we are big fans.

Their realization took place entirely on Zbrush and Chitubox. To print the prototypes we relied on our faithful elegoo mars. Behind each miniature there is an accurate and manual study of the proportions and positions, to make them as realistic as possible.

In each of these miniatures we put all our effort, we like to think that each has a small part of our soul. We have tried to make each of them unique and special or at least that’s how it looks to our eyes.

We would love for our hard work to be appreciated and used by everyone. We would like to achieve our goal to continue producing new models and collections for all of you.”

These miniatures are breathtakingly detailed and obviously lovingly designed. While the backing the kickstarter get’s you a copy of the STL files and the ability to print these minis for yourself and not physical copies of the figures themselves sent to you, larger tier backers can buy the rights to print and sell. 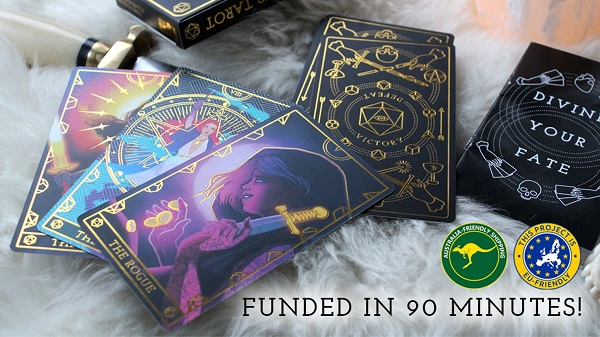 “The Adventurer’s Tarot is a beautifully illustrated, alternative tarot deck designed for use in 5E and other fantasy role playing games.

Each card is gold-stamped on the front and back, and has been masterfully rendered and designed by artist Brenda Ho.

The base deck includes two cards for each base 5E class and six Adversary cards. We have now unlocked the Artificer, Ally, Mystic, Blood Hunter, Companion and Familiar cards (two each). Plus we have unlocked the Beast, Undead, Aberration, Ooze, Monstrosity, Plant, Giant, Fiend, The Elemental, The Construct, Celestial, the Fey, Humanoid, and Dragon monster cards (4 additional cards each).  Plus two bonus unlocks, one Developer card, and one Designer card. And a bonus new class we’re creating to use the deck in 5E gameplay (2 more cards). (102 cards total)”

I love tarot cards and while these aren’t readable cards in the usual sense, they are no exception. The Adventurer’s Tarot can be used in your games for initiative, as a magical item, or as a magic mechanic to add to your game. Plus, they’re gorgeous.

A Night In Seyvoth Manor 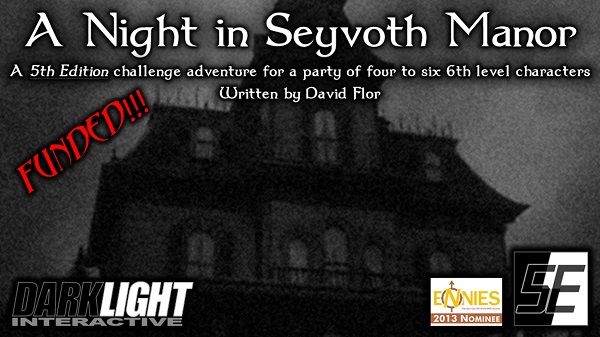 “Few people in the village of Ravenshire spoke of the manor atop the hill to the north, and even fewer dared approach it. After the horrific events that happened there so many years ago many believe the mansion and the estate grounds to be cursed, haunted by the restless dead, and some of the village residents could swear they have seen movement and lights coming from the seemingly abandoned mansion.

Throughout the years the village has had its share of disappearances; most of them had been blamed on the harsh environment of the surrounding forest and the natural dangers of the world we live in, but recent evidence leads to the doorstep of the Seyvoth estate. And when two young women – Jessi and Lyssa Hawthorne, daughters of a village elder – go missing, the village immediately sent out search parties in to the surrounding area. Two separate groups of scouts passed through the iron gate at the entrance to the estate… and have never returned.

Now a local mystic warns of the danger looming in Seyvoth manor, how the daughters will soon be led towards the darkness and turn against the village they once called home. Are you brave enough to step through the gates and seek out the missing scouts and rescue the two women in distress? Are you willing to unravel the mysteries of the Seyvoth estate, even if it means risking your own life?”

Originally written as a Halloween themed challange adventure and nominated for a 2013 ENnie, this module has been updated for 5E and re-released for gaming pleasure. See what makes this horror adventure one-shot stand out from the rest and while you’re at it check out the specialized treasure, items, rumors and ability cards.

What are you backing on Kickstarter right now? Which games have you helped get off the ground in the past? Let us know in the comments.