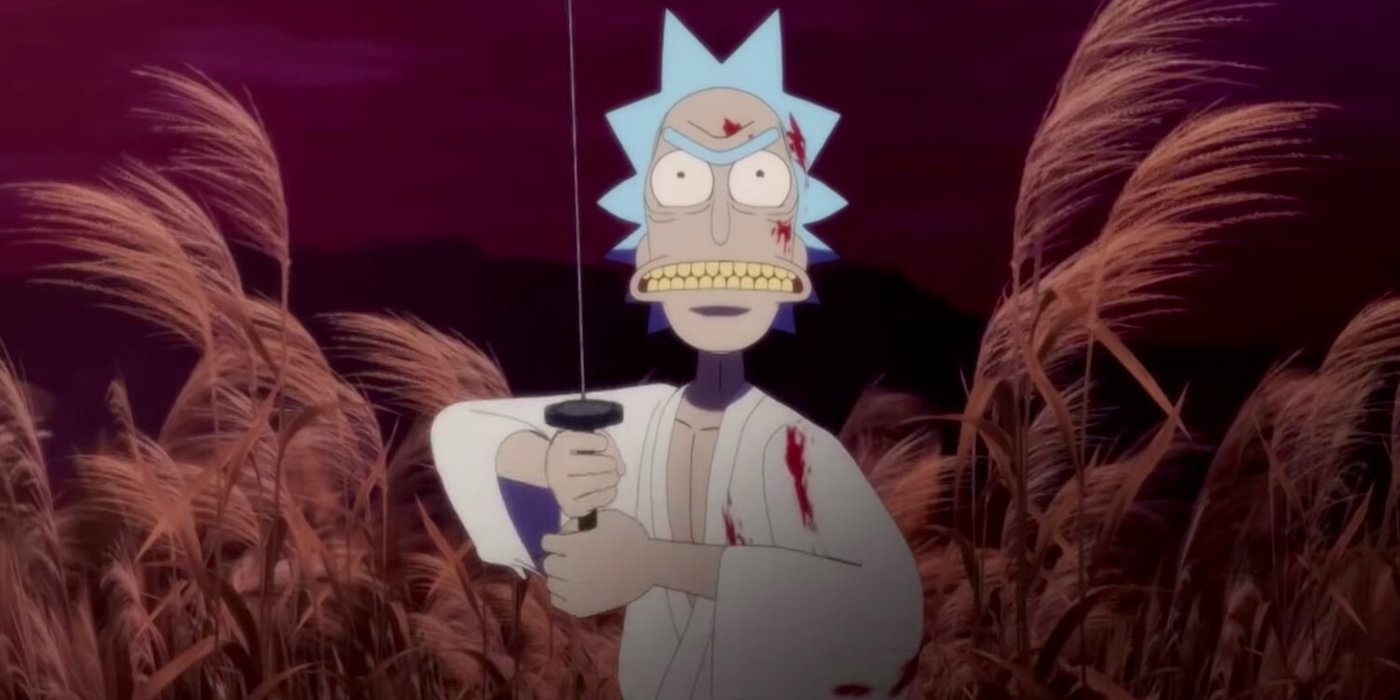 A lot of series are digging back into classic Japanese Cinema right now, with the most obvious being The Mandalorian with Lone Wolf and Cub. This new Rick & Morty short – written by Kaichi Sato – dives in headlong into the genre with another tribute to Kazuo Koike’s beloved manga series.

If the embed is being funky, click/tap here.

A little film history since there’s a lot of this in the short – the blood geyser effect seen in Japanese cinema recalls Kabuki theater where blood was represented by long, red silk scarves unfurled in the air. Works beautifully on stage, not so much on screen.

The first time it was seen on screen was in 1962 in Akira Kurosawa’s Sanjuro. The intended effect in Sanjuro was actually much less explosive, a coupling when it was activated so the fake blood was pumped out in at full pressure, which almost knocked over  the actor holding the hose, rather than what was planned. It was kept in the final cut in part because the costumes and set was ruined, and because it looked amazing and different. And a trope was born.

Sanjuro is the first instance, but it didn’t really become a thing until Toshiya Fujita’s Lady Snowblood (which is a major influence in Kill Bill – including the use of the movie’s theme) in 1973. Color made it more of a statement, especially the super vibrant red used at the time. And from there it got a life of its own in manga, anime, and movies from all over the globe. 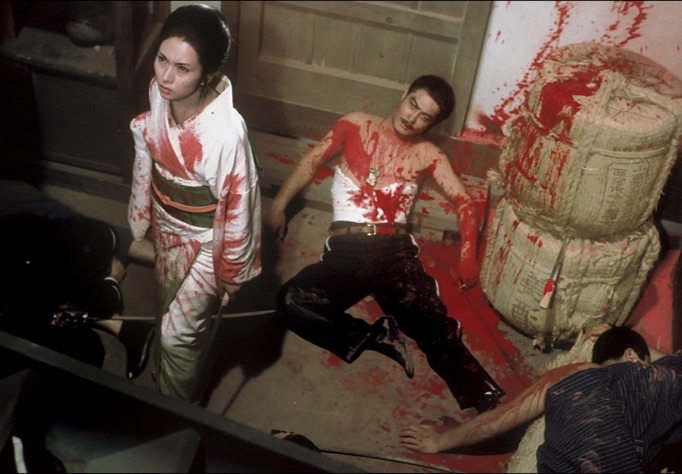 Author: Mars Garrett
Pop culture staff writer that has been on the BoLS team since 2010. Contributor on the One of Us podcast. Marvel, Vertigo, and dystopian sci-fi fan. Enjoys bad movies, amazing stunt performances, and the internet. Hates rom-coms. (she/they)
Advertisement
Movies and TV Pop Culture Rick & Morty
Advertisement