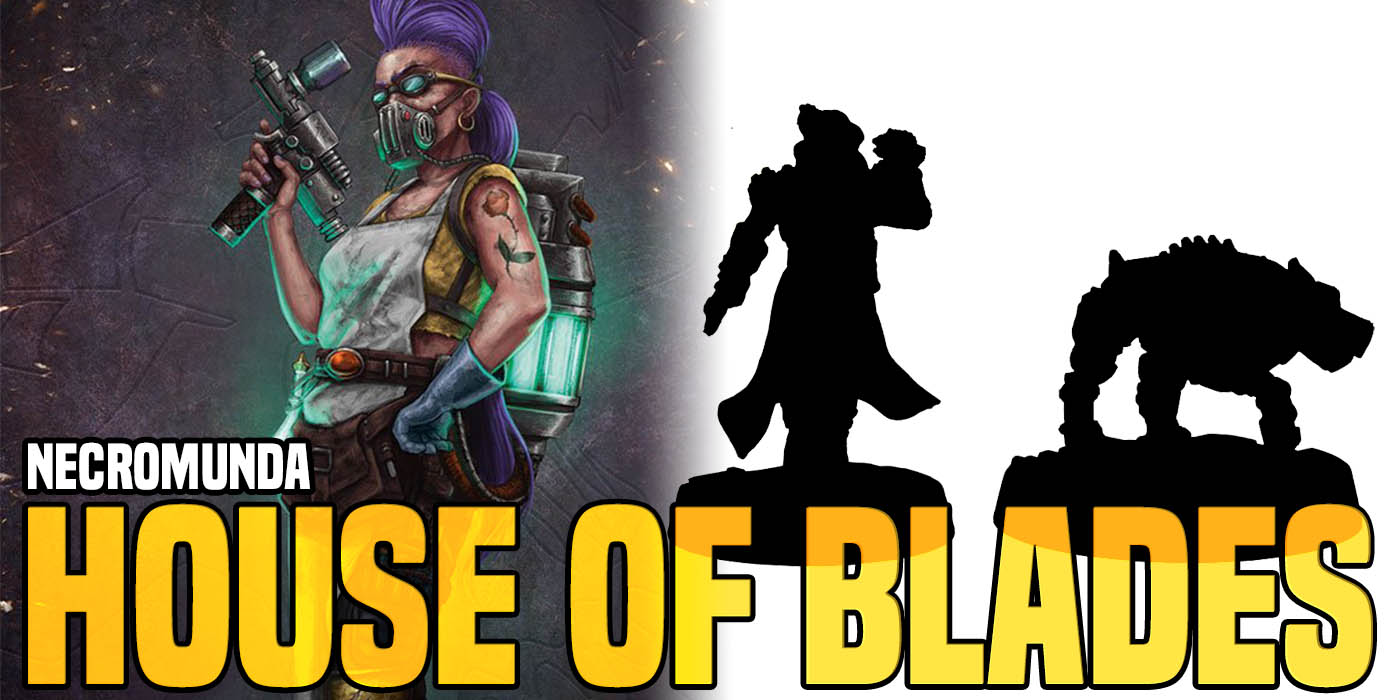 There is another House Update coming to Necromunda – this time for Escher. Plus, we get a closer look at some new Hired Guns!

Games Workshop had quite a few previews late last night. One of those for the House of Blades which introduces some new models for Escher Gangs out there. Today, we also get a look a few more previews of new models coming to Necromunda. Let’s dive in! 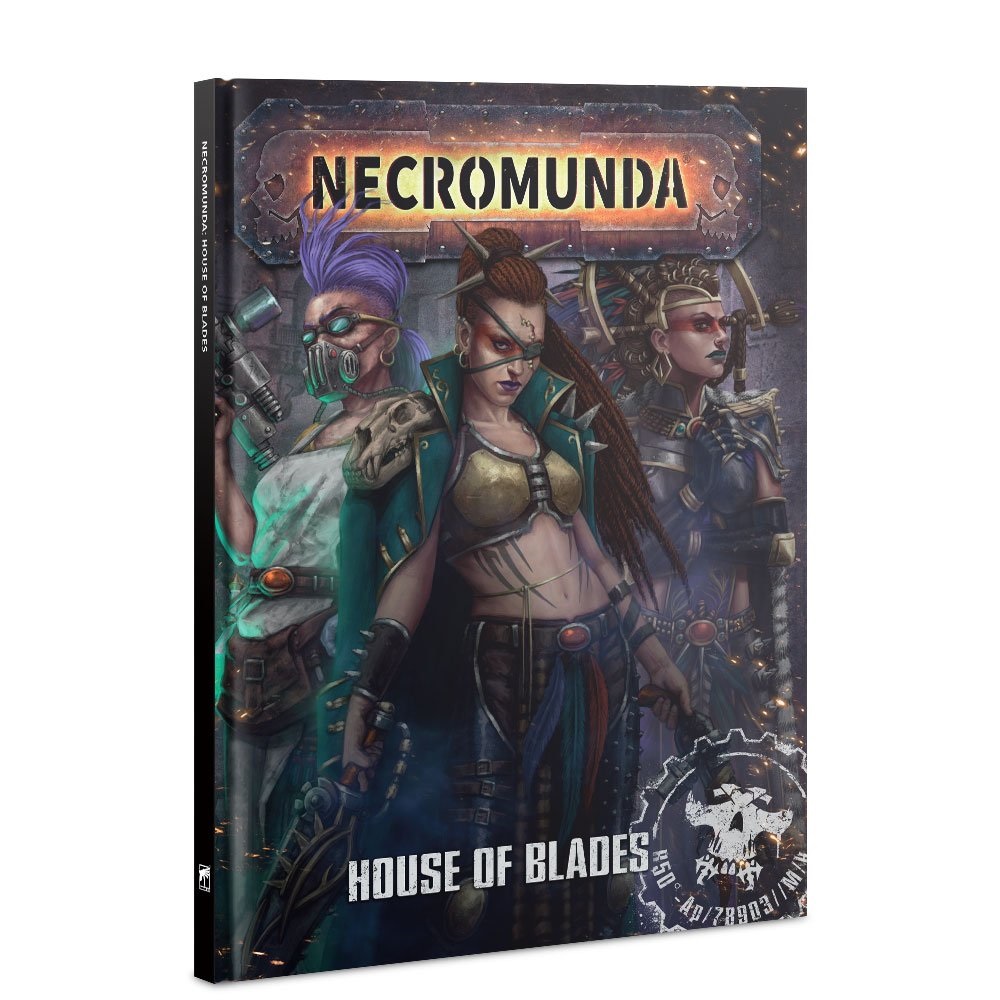 To kick us off, we have the new House of Blades book. This will feature a ton of new rules for Escher Gangs including: “new rules, house allegiances, gangers and even their pets!”

Yep, you read that right – PETS! First up we have the new Death Maidens which are Eschers who have been returned to life – because that always turns out well. 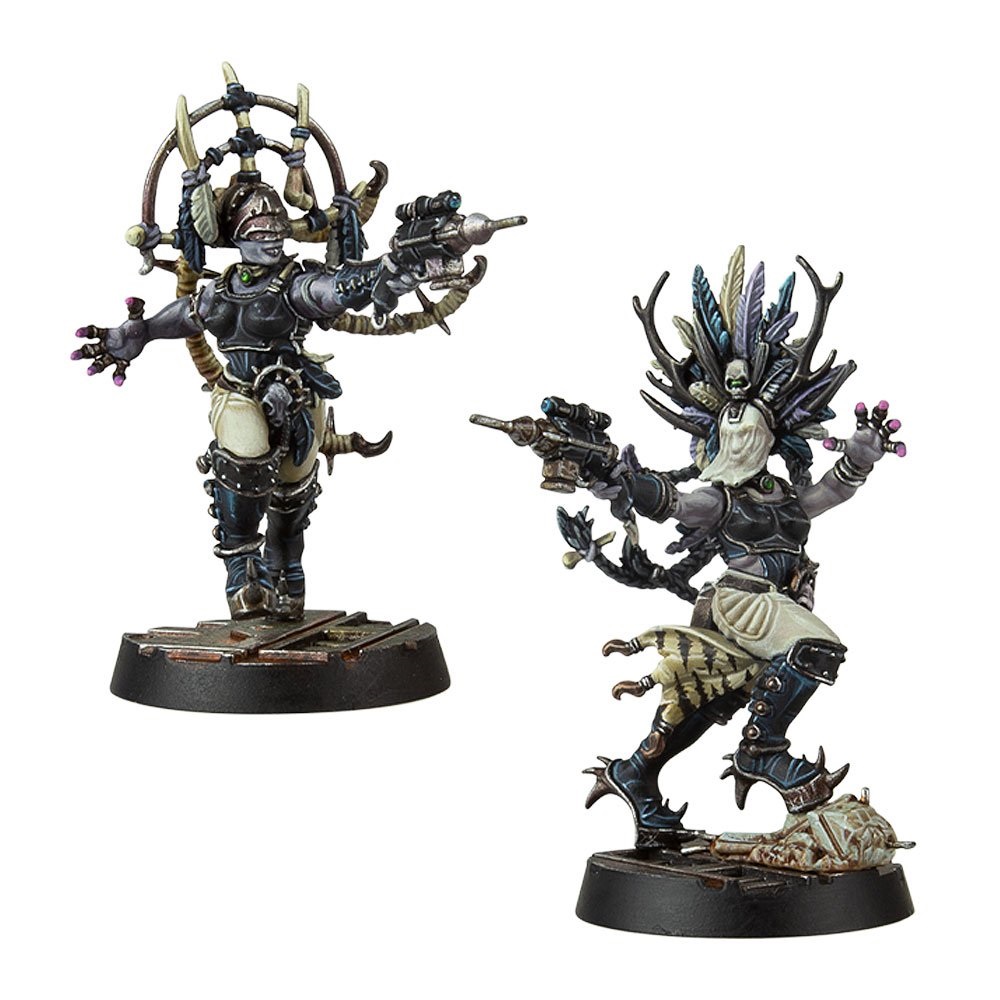 Next up we have the Wyld Runners – these ladies are “bold explorers of the Underhive” and you get that vibe from the bows, scales, and Indiana Jones-esque whips. 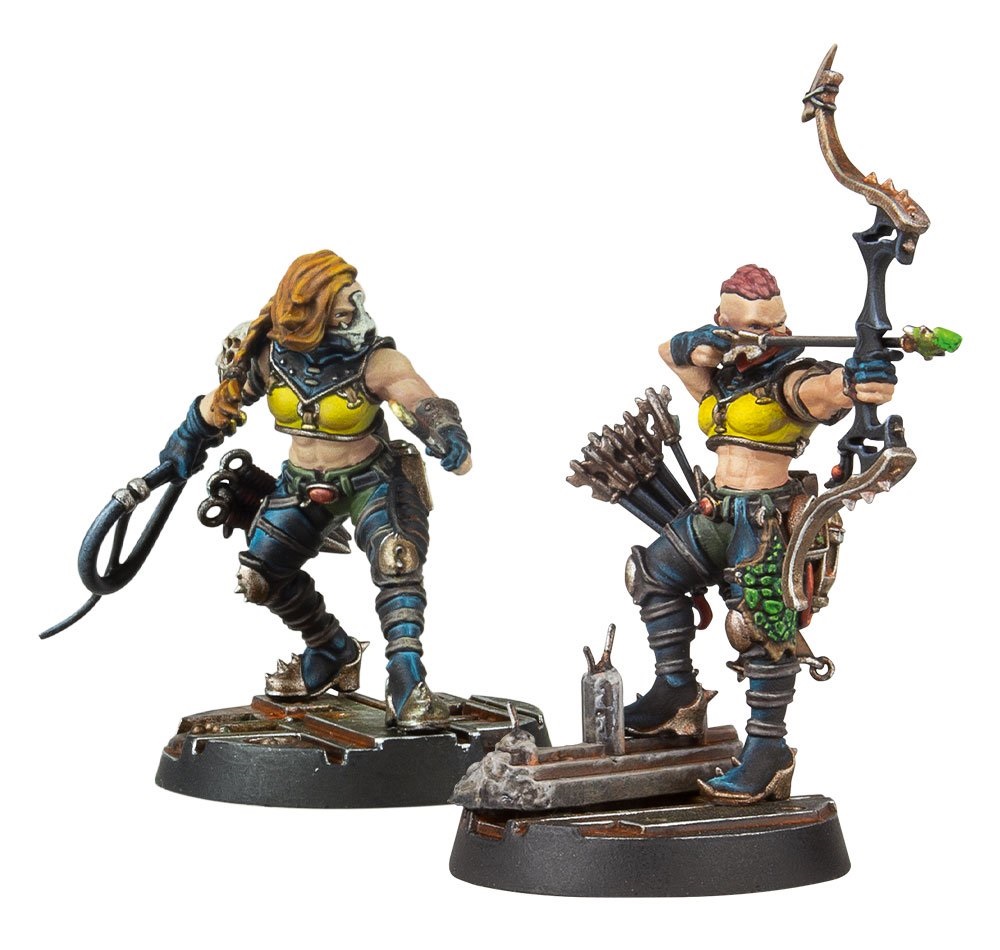 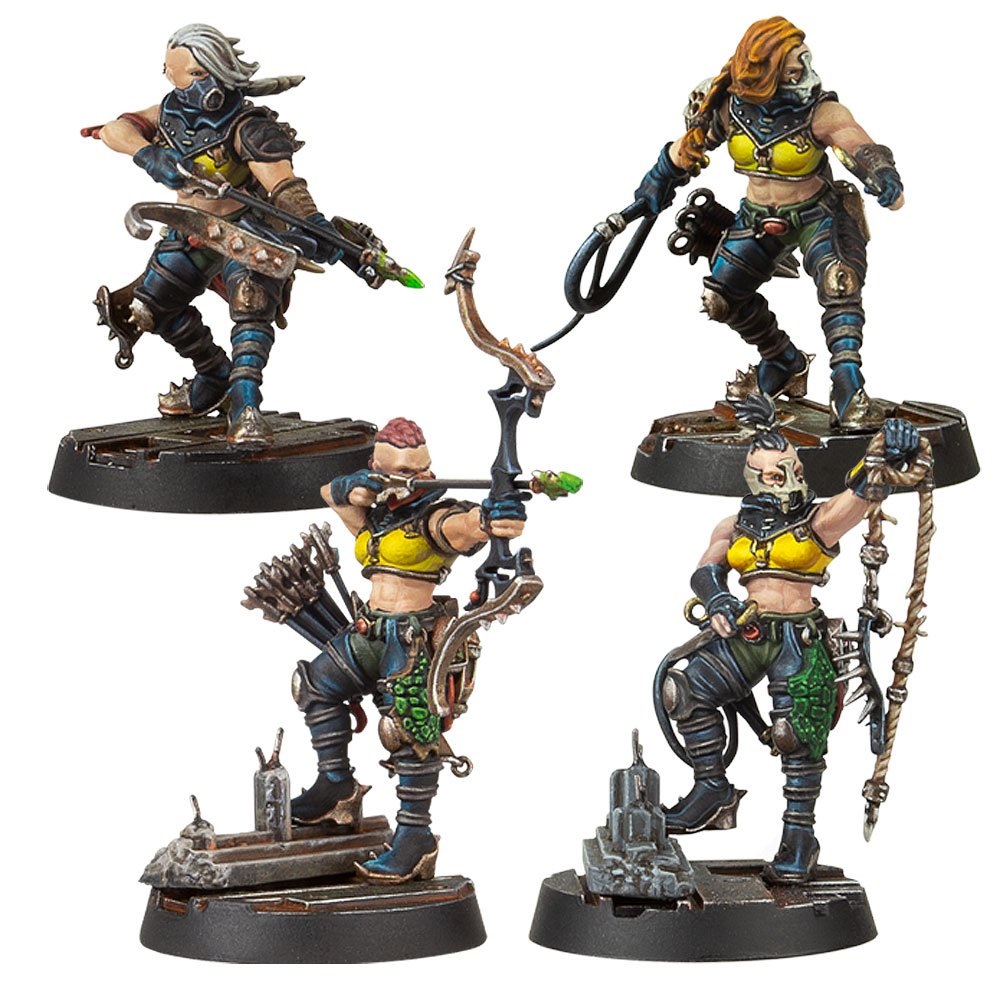 PETS! This is the one I know you’re all REALLY interested in, right? These Lizard-cats are called Phelynx. I’m not sure what to think to be honest. They are a cross between an alley cat and an iguana. Or maybe some other Lizard. Sorry, I’m not up on my Reptiles with sails on their backs. 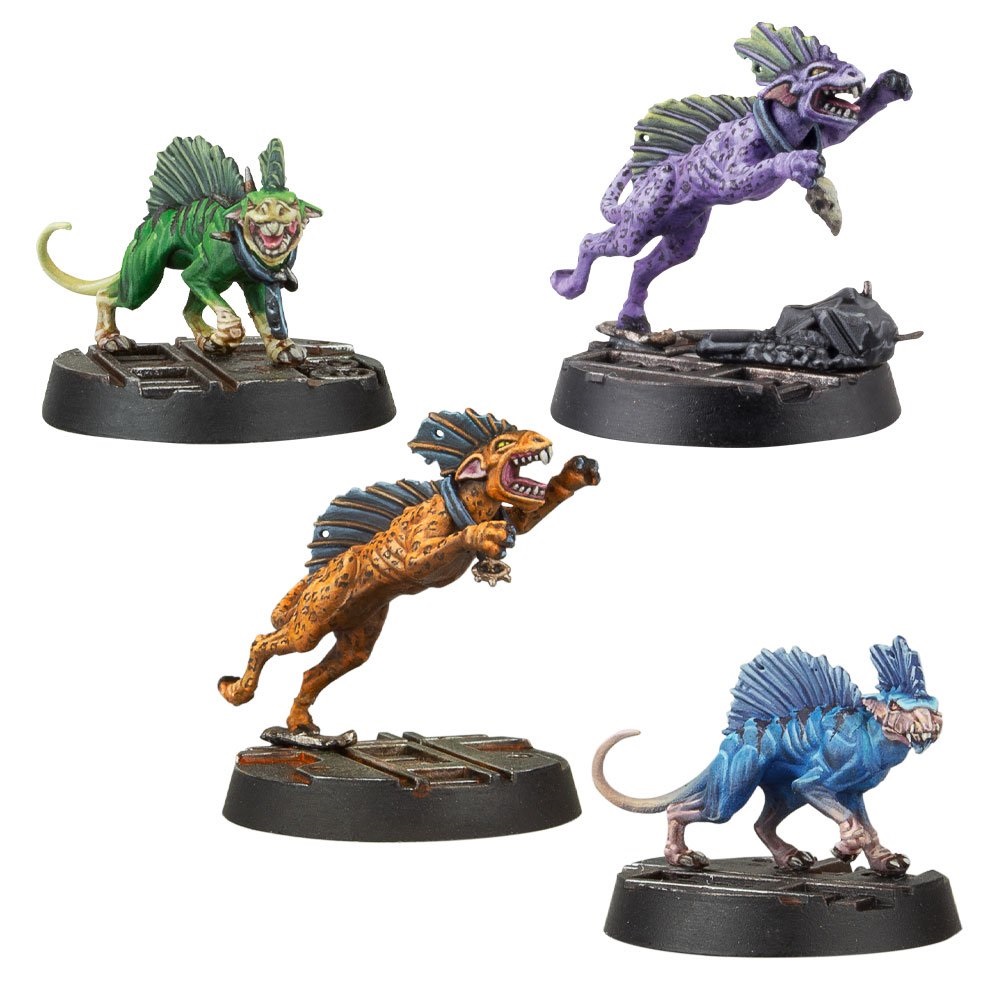 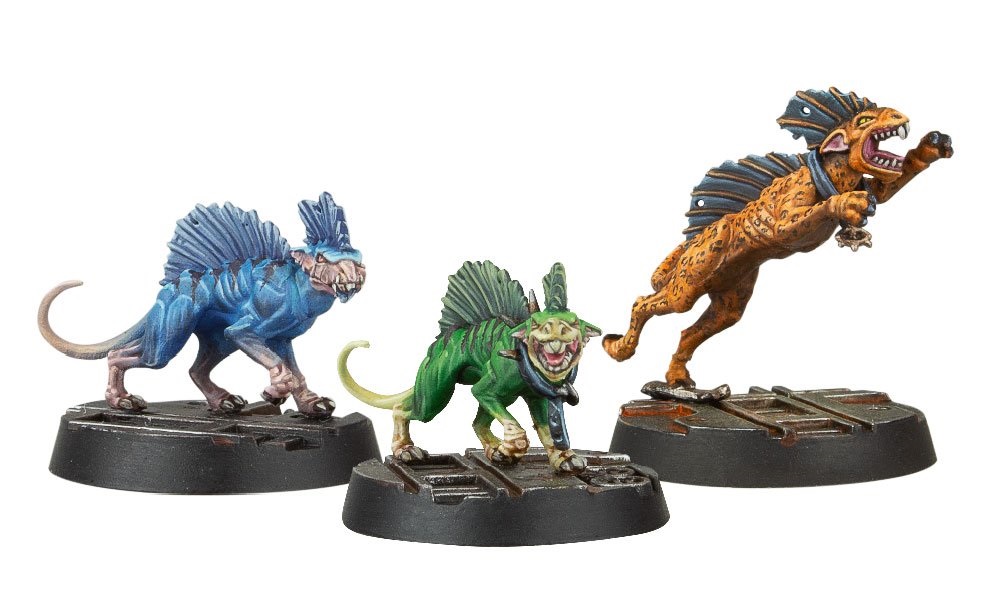 I’m not sure “cute” is the right word…they even have a little rat mixed in, too. Interesting. 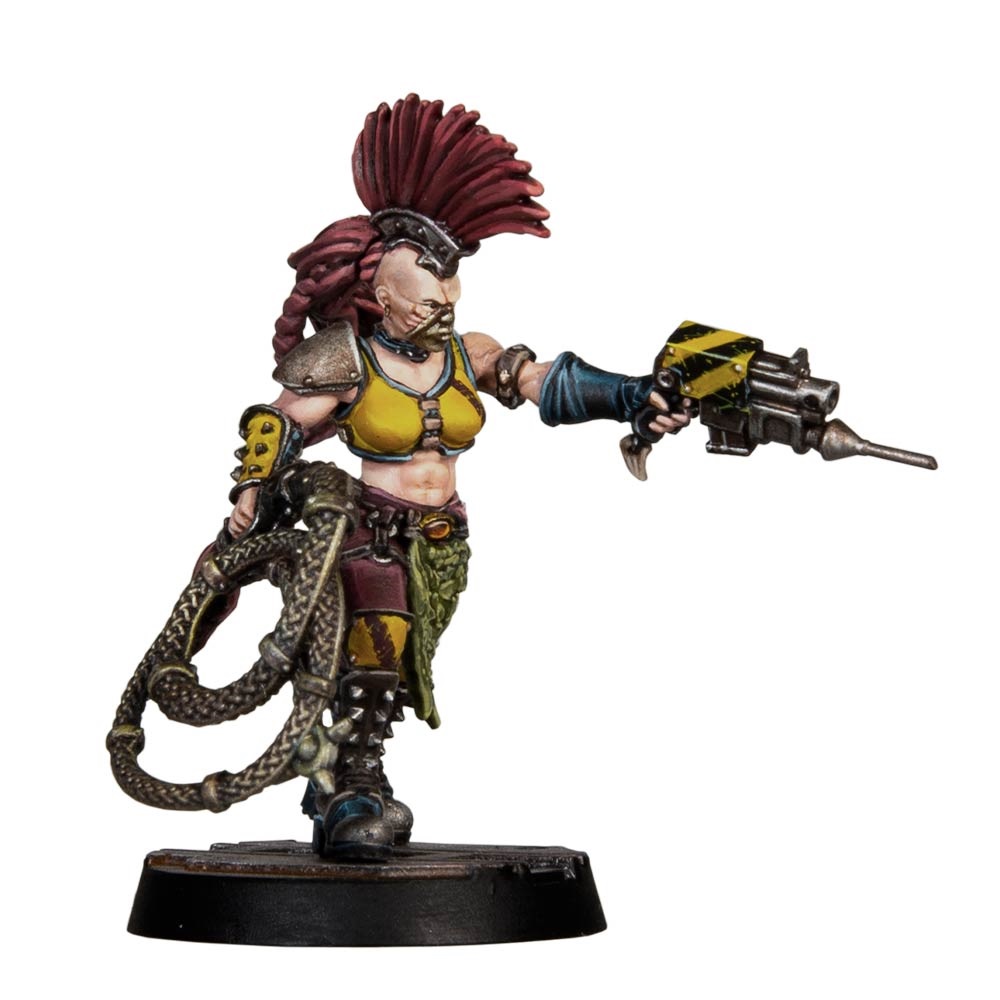 Whips and Chems. That’s how Escher does things.

House of Blades also has some new chems that are about to hit the streets of Necromunda – or at least the tabletop. We have a look at one such stim called Ice Cold:

There are more with such pharmaceutical names like “Dreamland, Hyper, Brain Lock and Puke” – and apparently there are even more than that. Oh and we get a look at some of the art of these new Escher Chem-matrons. This is Prianaa but folks call her Pick-me-up. 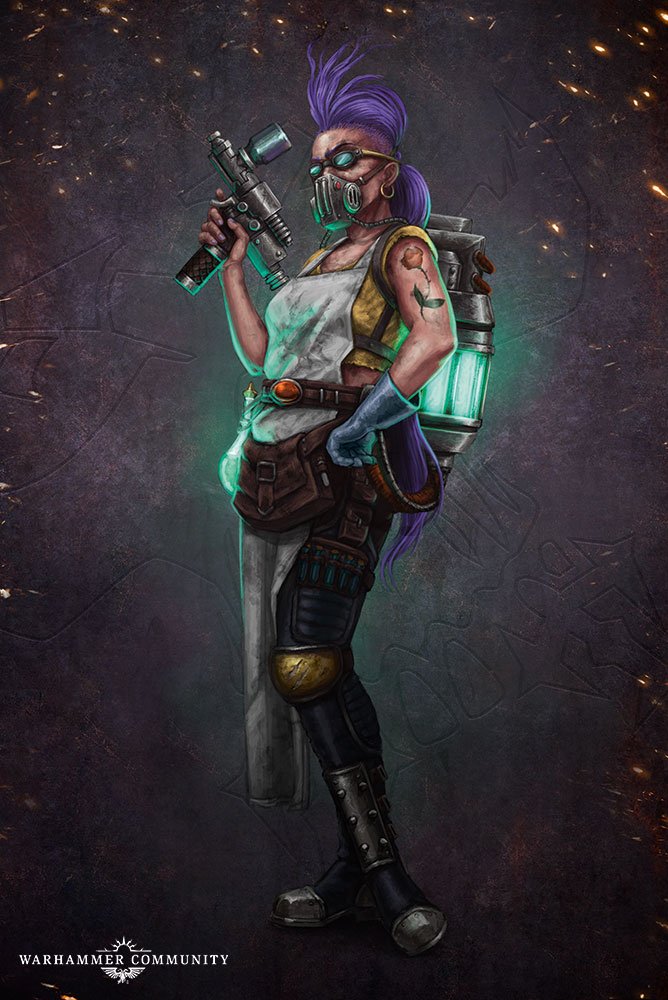 On top of all that Escher goodness coming, we also have a few more new Hired Guns. First up, we have Rattus Tatterskin. He typically rolls with Cawdor and once you get a look at this Hunchback of  Noted-Pain, you can see why: 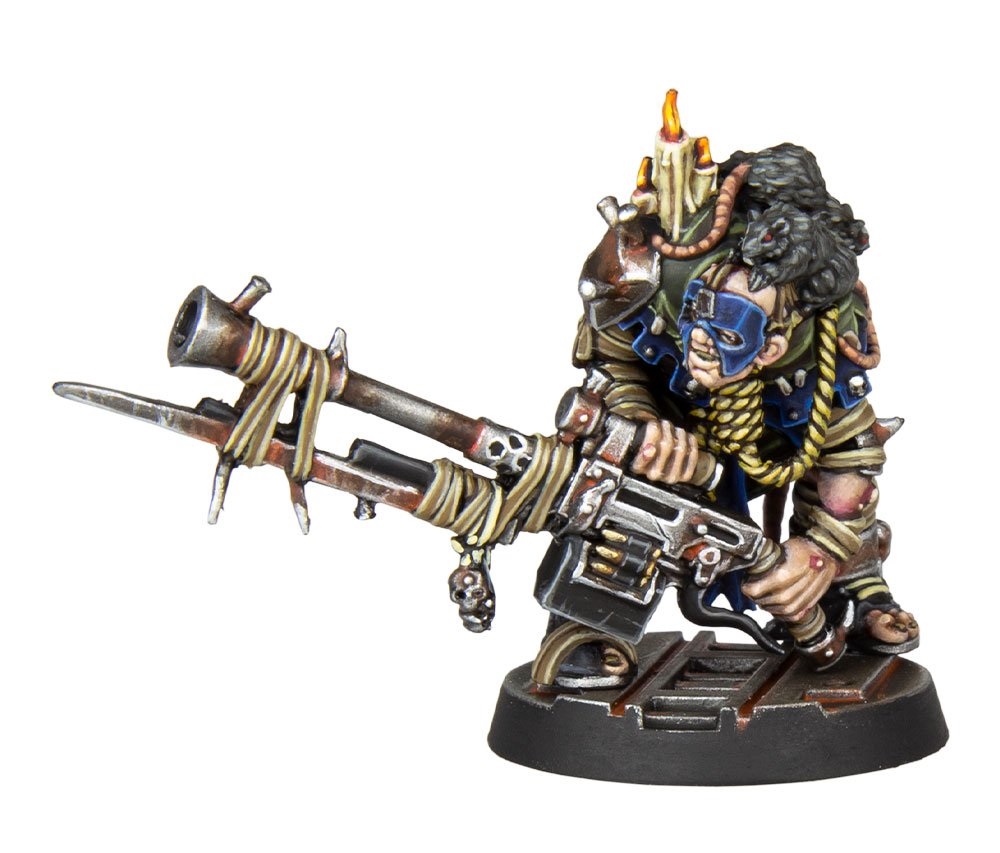 Yeah – that’s a heavy stubber. And those Rats aren’t just for show – they will bit you. I heard they have rabies. And not typical rabies, but like, Grimdark Rabies, man.

Finally, we have Scrutinator-Primus Servalen. Not only is she a Null who can shut down your Wyrds, she also has her trusty Cyber-Mastiff KB-88. I heard he was programmed for being a good boy. Until he opted to override his programming to be a bad boy. Whatcha gonna do? 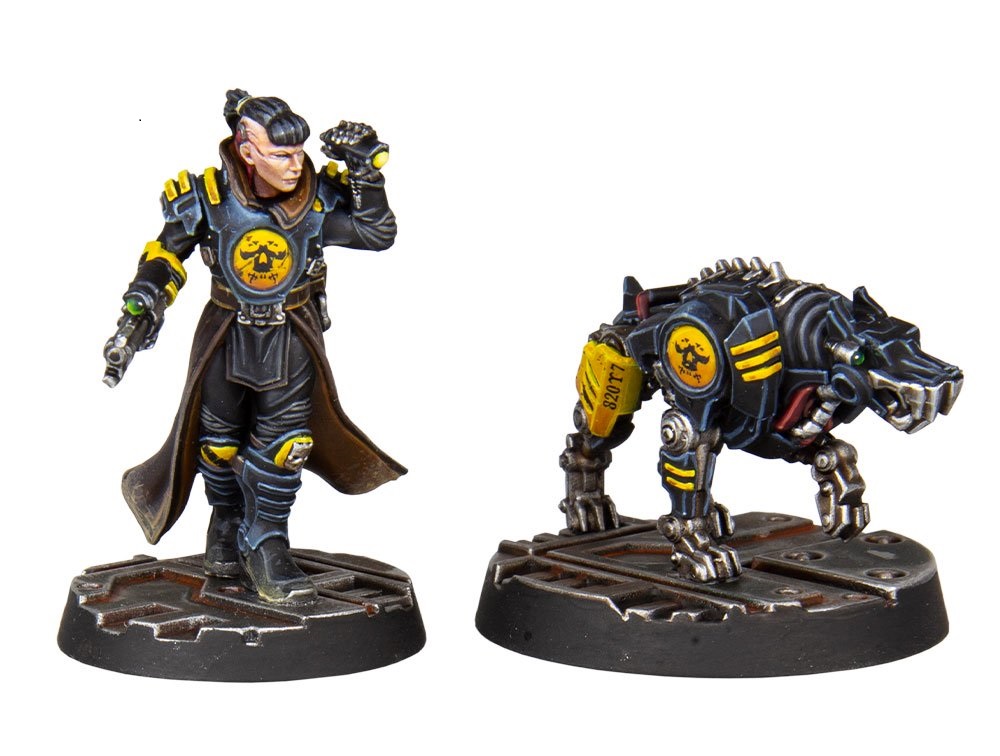 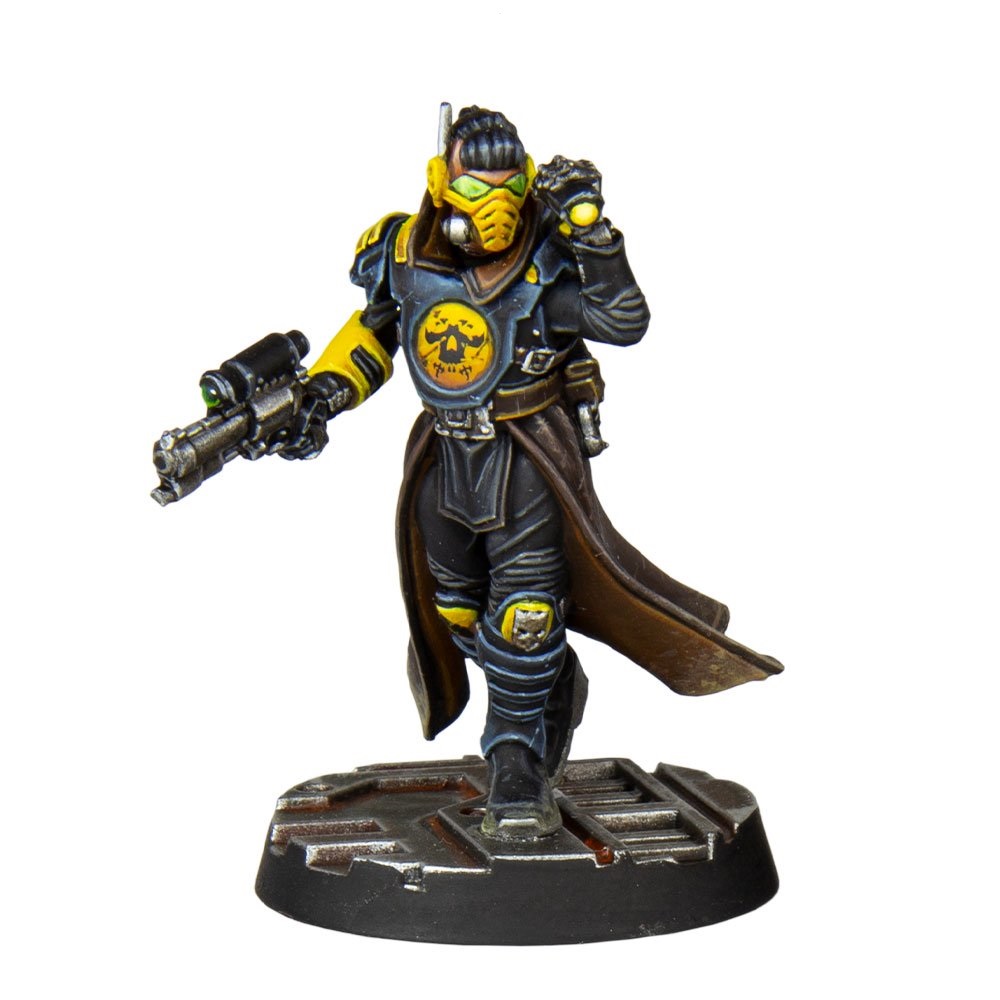 It’s kind of neat you get two head options with this model.

That’s it for now for all the news and new models from the Underhive. House of Blades and all these other models are coming soon!