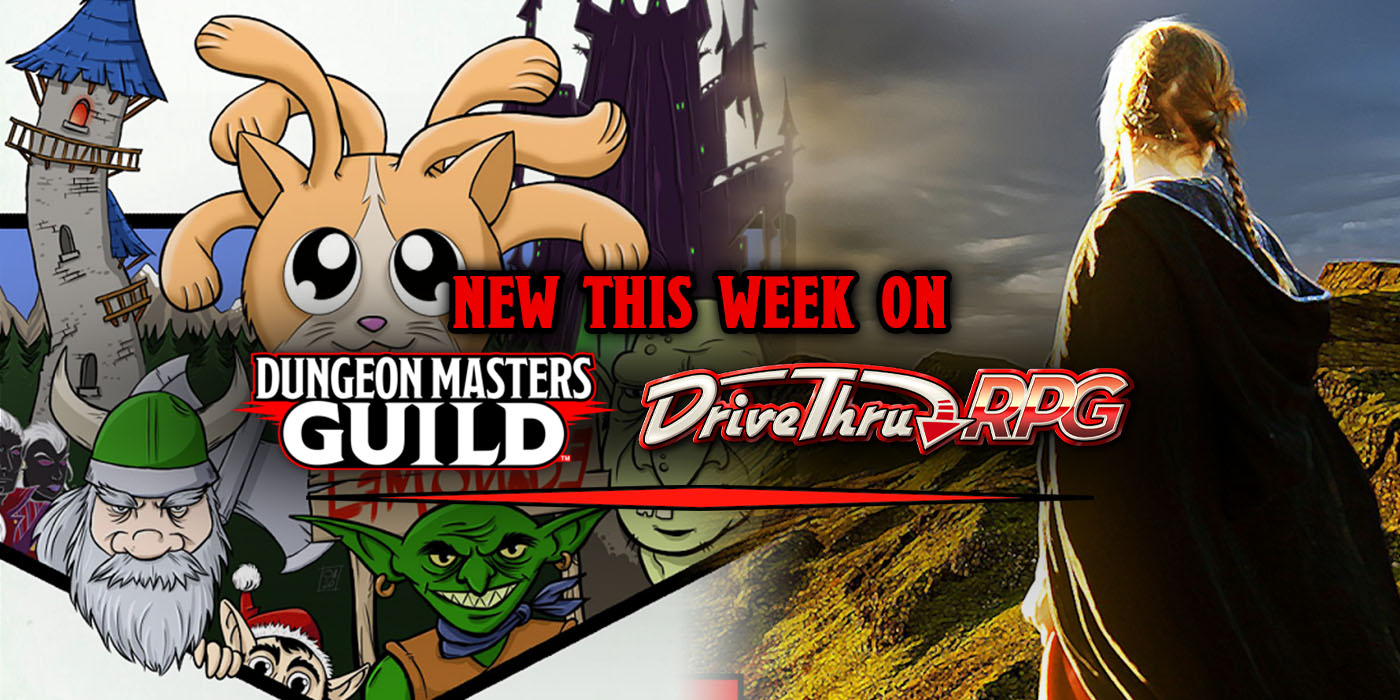 This week we take a look at gothic cyberpunk vampire hunters, crab people, and a robot sheriff against the robo mafia on DM’s Guild and DriveThru RPG. 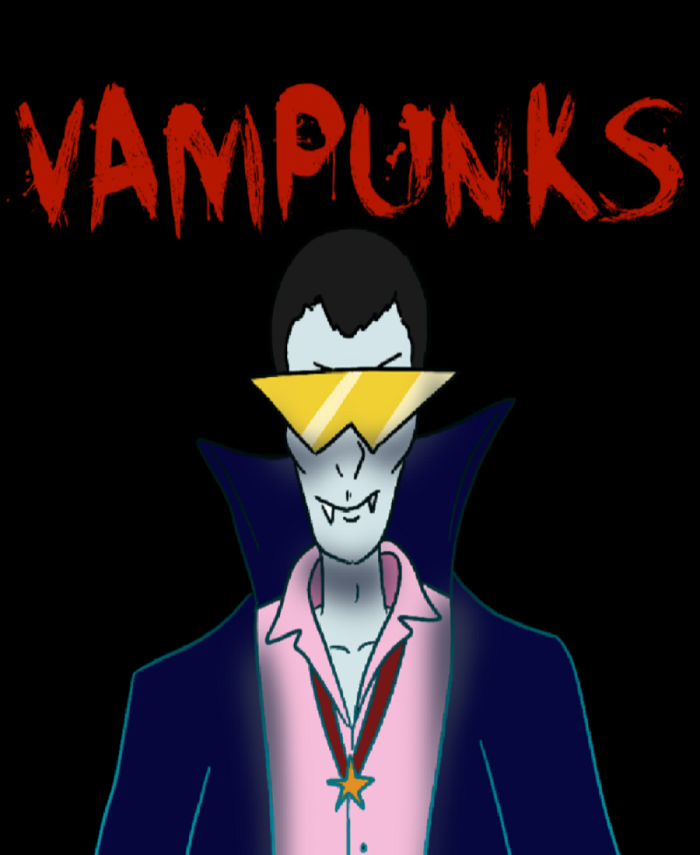 “VAMPUNKS is a gothic cyberpunk tabletop roleplaying game in which you and your friends take on the role of devil-may-care vampire hunters facing off against ancient undead in a chaotic sci-fi future. With dark magic and deadly machines working against you, can the latest generation of monster slayers take back the night?

We may be in the future, but our blood sucking friends are timeless. 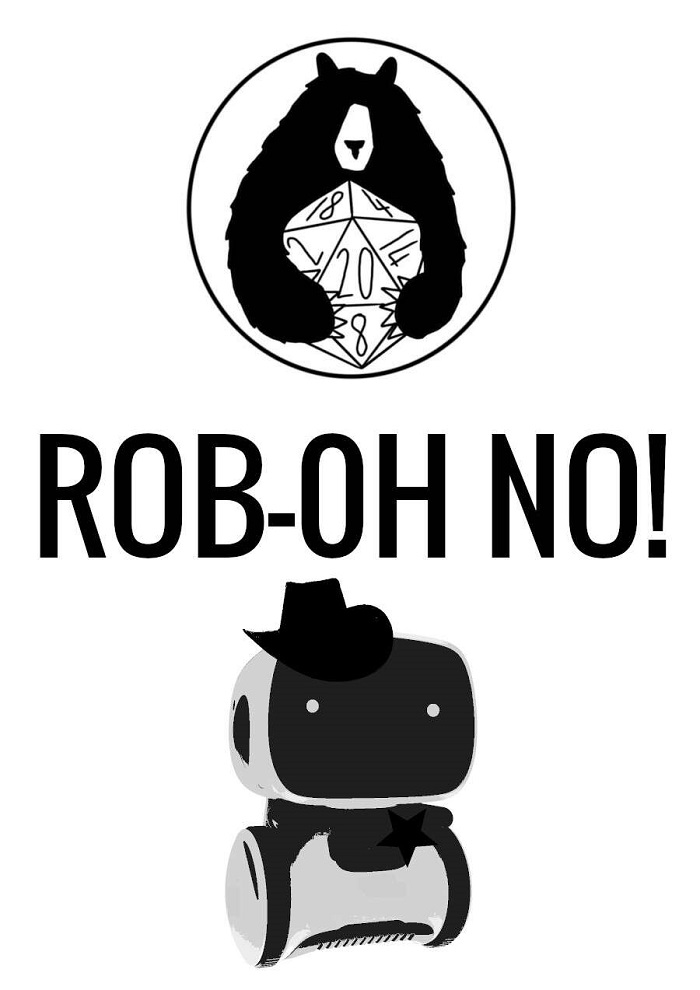 “Rob-0h No! is a mini RPG, where players take on the role of robot trash sheriffs, trying to clean up the town and take out the robo mafia. Upgrade as you go and overcome your flaws.

Welcome to MALWHERE – a town of corrupted hard drives and corrupt politicians. This place is a mess and there’s junk everywhere, but the real trash is other robots and you’re here to clean up. The Robo-mafia have their claws dug in deep and it’s time for a change.

You are tiny, flawed trash Sheriffs with a passion for solving crimes & taking names. You and your Robot companions are ready to access the town’s memories of when things were different and RAM justice down the throats of the bad guys.  You may not be perfect, you may have your flaws, you may be a little broken, but you’re all this town has got.

If you need a break from everything, maybe it’s time for you to become a robot trash sheriff and fight the robo mafia. Rob-Oh No! is what would happen if Wall-E imagined their robot self in a Clint Eastwood movie and that makes for a wonderfully fun and delightful game concept. As a mini RPG  it’s meant to be short and sweet and not terribly difficult. Become a tiny adorable robot sheriff and do your best! 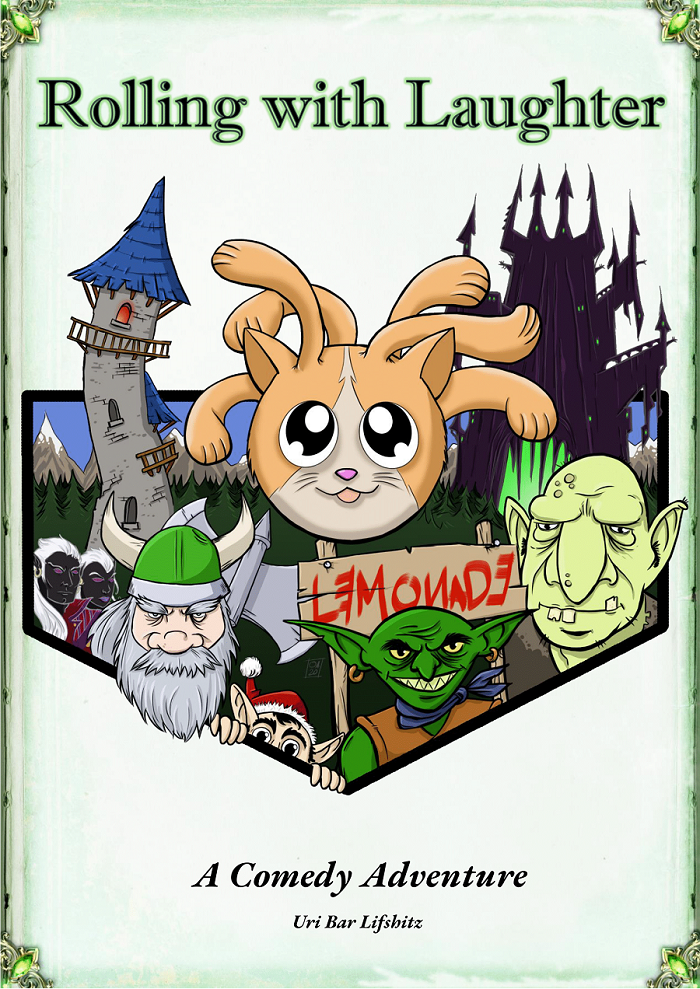 Rolling with Laughter is a high fantasy adventure but it is also a guide meant to show you, the GM, what turns an adventure into a comedy adventure. Each scene contains an explanation of its narrative purpose, a list of the comedic devices that are used to set up comedic moments and the expected outcome of the scene so you could easily improvise and build on any development while having an endpoint to aim to.

Rolling with Laughter can be easily run in any gaming system but is delivered with Dozens – A simplified few pages role-playing system specially designed for games that don’t want the story to be bogged down by the mechanic.”

Part fantasy RPG, part improve comedy for you and your friends, Rolling with Laughter wants you to have fun at the table. It can be incorporated into any game system – and presumably any campaign you’re already running. If you have an ongoing game (that may need to switch over to an online face-time format for a spell), make it a ton more jovial with Rolling With Laughter.

The Mystery of Yokai Vale 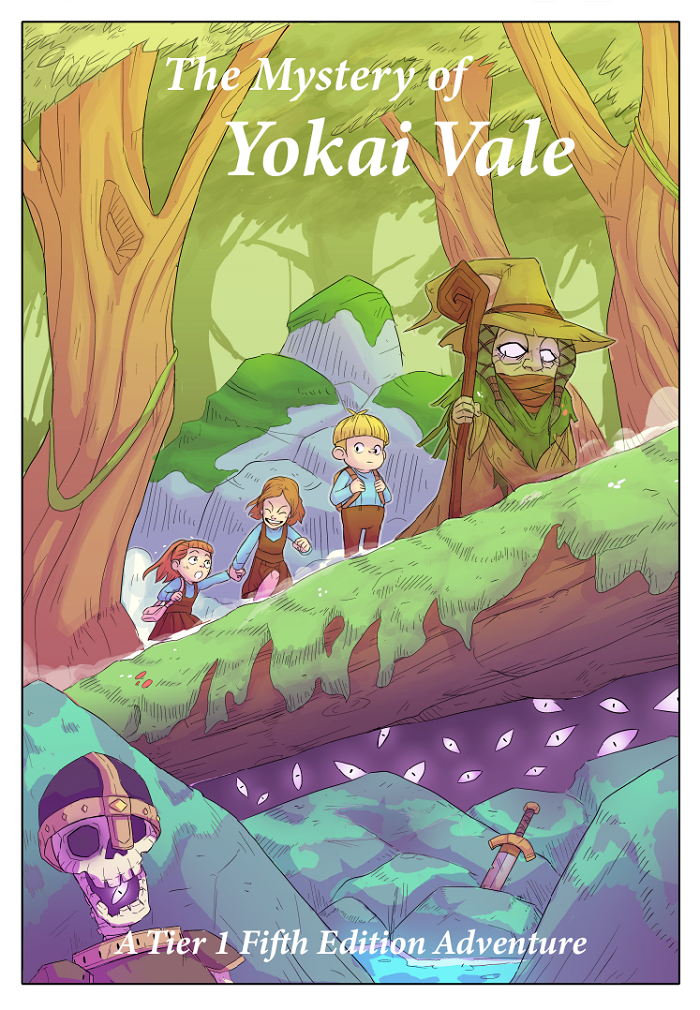 “Explore the Yokai Vale in this magical adventure for fifth edition, inspired by the works of Studio Ghibli.

This short adventure for tier 1 players immerses the players in a whimsical world. The children of two feuding towns have gone missing! In The Mystery of Yokai Vale the players will prevent the towns of Bubbledown Brook and Rootborough from hysteria, then set out to explore the mystical Miyazwood. Will they find the missing children and uncover the secrets of the vale? Maybe with the help of a friendly spirit or two!

The Mystery of Yokai Vale includes:

Studio Ghibli movies have a uniquely dreamy quality that always makes me feel calm and happy, so a game that aims to dip into that same pool is very enticing to me. I want to wander into a field and find a friendly spirit who will help me solve my problems, and while that’s not realistic in the real world, it is in The Mystery of Yokai Vale. 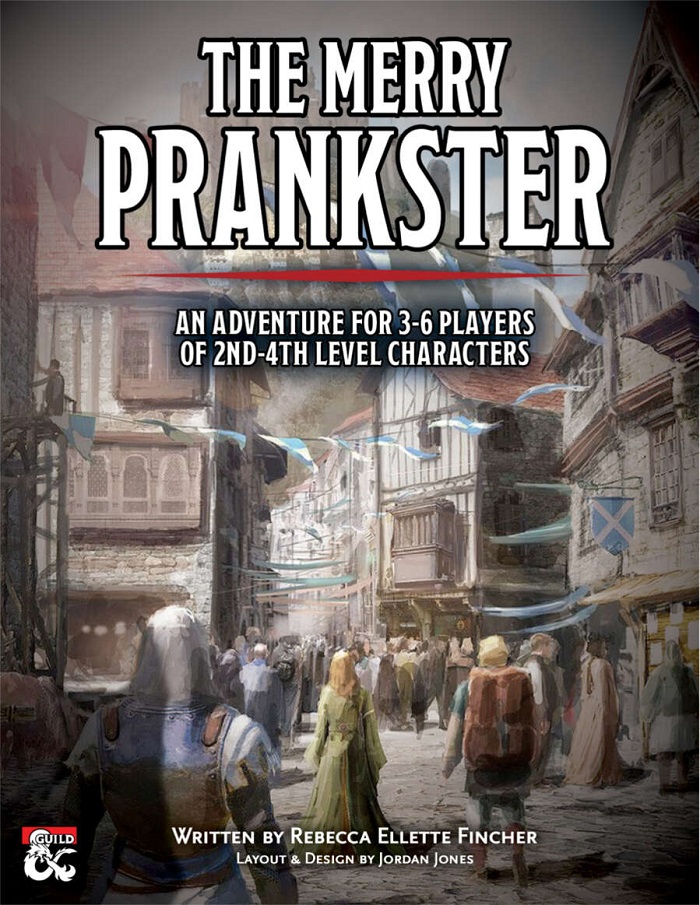 “Gold coins have started appearing on the streets of Shayreen. Instant wealth, right? But the coins have a habit of disappearing, and now no one will trust any piece of gold.

Where is the gold coming from? Who is taking advantage of the strange circumstances? And who is the finely dressed wee little man?

With several bits of Irish flavor, this module also includes stats for a Leprechaun.”

If you didn’t get the chance to celebrate St. Patrick’s Day yesterday, get a group together on Google-Chat and play through this module. Harmless trickery, low stakes mysteries, and leprechauns are a solid combination for a good time, and you’ll get that with The Merry Prankster. 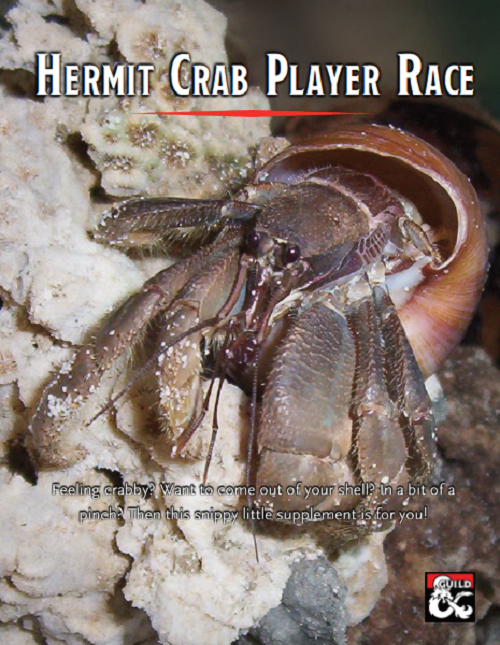 “This product was a simple fun idea that turned into something real. The idea of playing as a humanoid crab was inspired some by popular media, some by others wacky ideas, and in part out of curiosity.

In the future there is potential for subraces and other species focusing on other crustaceans, creating a whole Pagurid ecosystem.

I hope you enjoy playing as crabs, involving them in your adventures as NPC’s, plot hooks, or even making your own monster stats! Have fun, and may the dice gods bless your rolls.”

It’s crab people. They taste like crab and talk like people. Your campaign probably doesn’t need a crab person, but why not make one anyway? You could wind up with a fearsome foe with an exoskeleton and giant claws or an adorable friend because let’s be honest, hermit crabs are very cute. 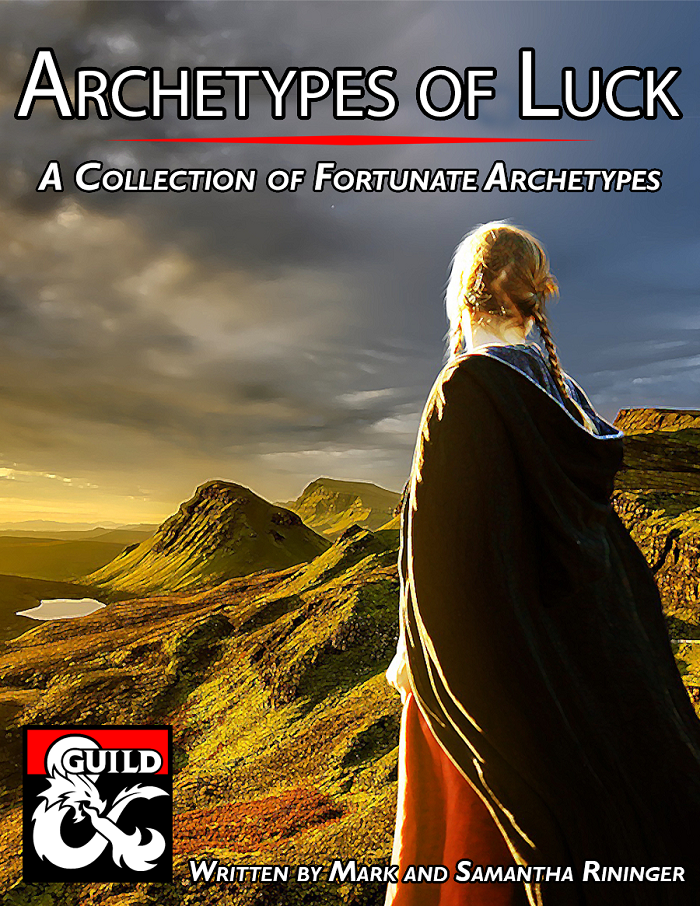 “With a Little Bit of Luck…

Some people rely on their cunning intellect to get themselves out of a tricky situation, while others rely on their strength and brute force; still there are others who think a bit of well-placed luck may be all you need to get by. Whether you worship the Gods of luck, or good fortune just runs in your veins, these archetypes of luck may be just the thing for any campaign that isn’t afraid to leave everything up to fate.

These festive character options will make a great addition to your Saint Patrick’s Day adventure, but can also feel right at home in any campaign setting. These archetypes are particularly fun for anyone who wants to do a little extra rolling of some dice.

Player options for the Bard, Cleric, Sorcerer and Warlock classes

Another offering with the St. Patty’s spirit; Archetypes of Luck gives you playable options for already popular classes that can feel festive and current or timeless and at home in any fantasy setting. We could all use a little more luck, and I personally really want to know what a warlock with a leprechaun patron looks like. 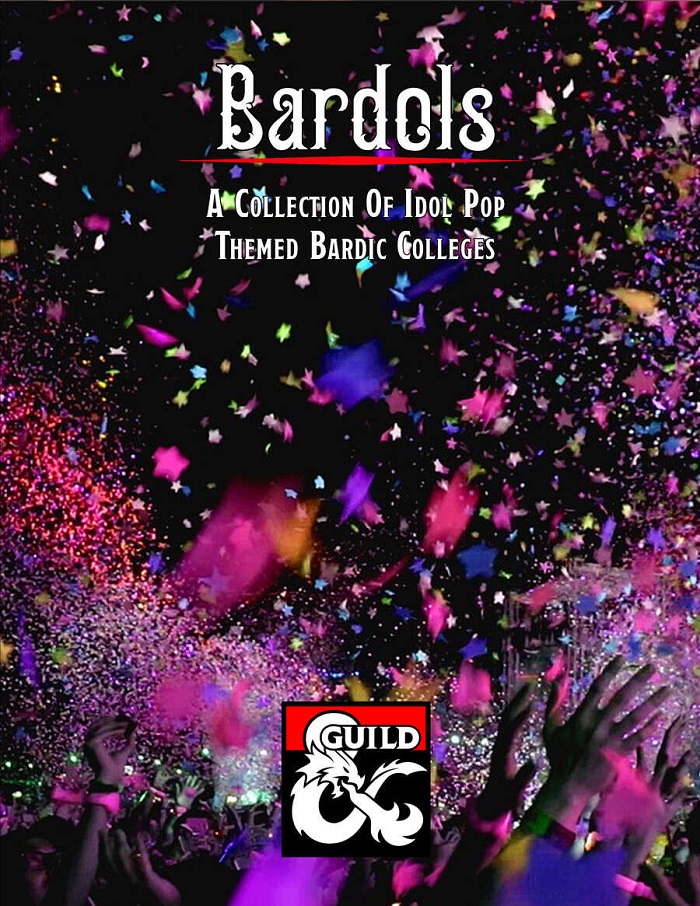 “Its time to hit the stage!

Bardols is a collection of four Idol-Pop themed Bardic Colleges. Each has unique abilities that allow them to steal the spotlight and support other adventurers!

Is your definition of fun being a little over the top? Do you love the spotlight? Does your character? Homebrew bard colleges are always incredibly entertaining with timely and relevant uses for showmanship and charisma and Bardols taps into all of that. Be an idol, or a chaos idol, but definitely have fun doing it.

My goal this week was to find the most distractingly fun and hilariously silly offerings to make your game sessions a little more laughter to your game sessions. How did I do? Will you be ordering any of these game this week? Are you getting something else instead? There were a TON of fantastic offerings on both sites besides these picks. Let us know in the comments.