Come take another preview of the upcoming planes for Aeronautica Imperialis. This week it’s the hero of the Imperium – the Arvus Lighter alongside the Tau Tiger Shark.

The air forces of the T’au and the Imperium are getting some upgrades in the Taros Air War Campaign book, today we’re taking a look at some of the new planes and rules featured in it. The first is the T’au Tiger Shark, which is a versatile, heavily armed fighter that packs more of a punch than a Barracuda, and is excellent at taking out ground and air targets. 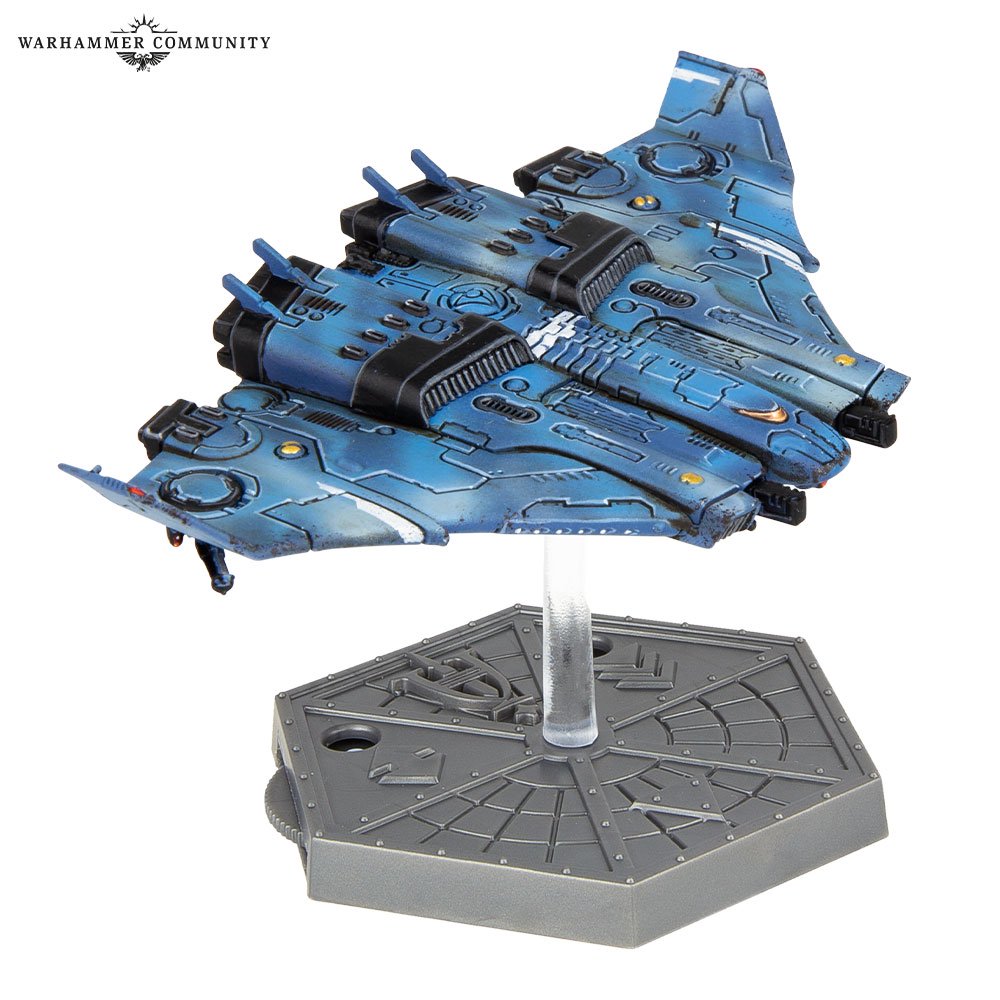 Tiger Sharks have a wide, flat design** with room for two primary weapons to the fore. You can choose between paired swiftstrike railguns to punch through tough targets, unleash no fewer than nine Firepower dice at mid-range with swiftstrike burst cannons, and ion cannons for maximum versatility. Add in the air-to-air missile pods built into the wing structure, plus optional drones, and a powerful seeker missile. These sleek bombers can dish out an awful lot of high-quality mid-range firepower. They’re even effective at long range, where most other aircraft falter!

The other big advantage that T’au aircraft have is their ability to rely on the ever helpful drones to keep them out of a jam. They’re present as an upgrade in Aeronautica Imperialis: 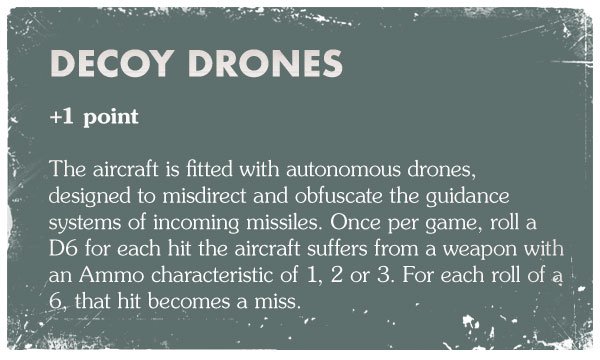 But those are far from the only drones that you can count on. Most of the drones will be represented by optional weapons with all round fire arcs, or as special rules like the one above.

Now for the real hero of the hour, the true saviour of the Imperium: the Arvus Lighter. This unarmed transport is the work horse of the Imperial Navy. It carries important personnel and equipment wherever it’s needed, and can zoom out of an area quckly. These craft might not be much to look at–and might not have any guns, but they are fast and cheap. 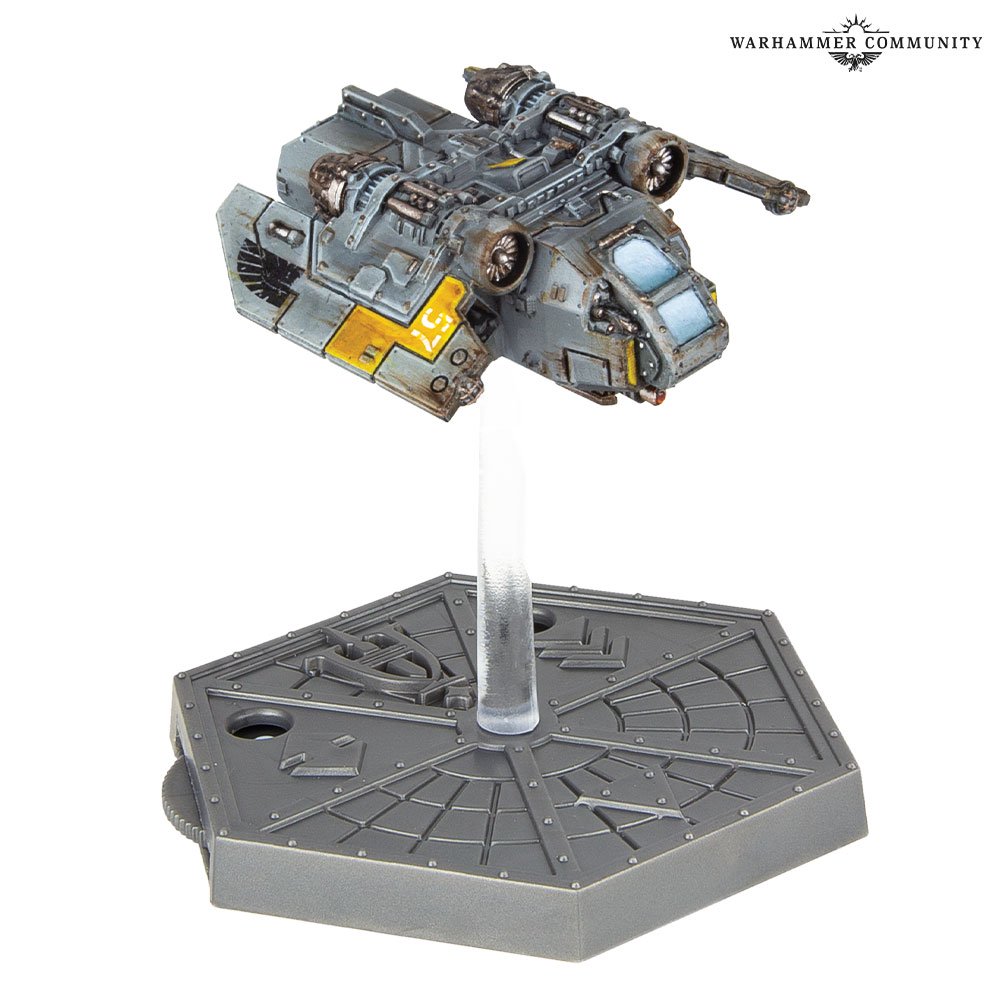 This is the second finely detailed Forge World resin model we’ve featured for Aeronautica Imperialis, and the recognisable silhouette and details translate perfectly to the smaller scale. While not built for combat, the Transport value of 3, Max Speed of 6, and Ace Manoeuvres 1-6, will prove invaluable during missions like Garrison Relief and Troop Landing. Costing a mere 10 points each, the Arvus Lighter can zip in to score 15 points before using Rocket Boosters to blast into orbit, freeing up more costly aircraft to concentrate on taking out your enemies! 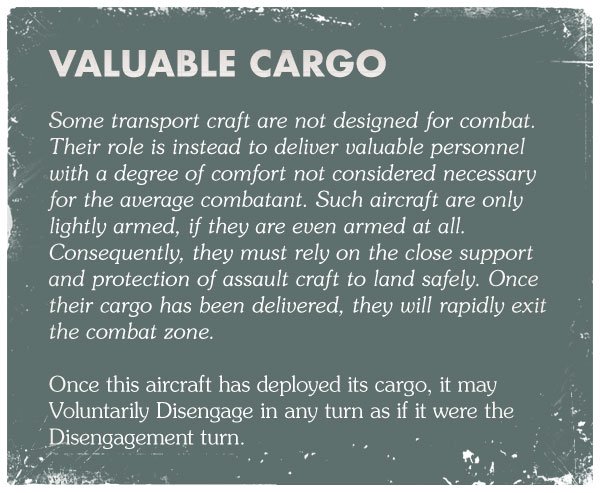 And as you can see, their special rule lets you get them off the board once they’ve delivered your payload.

Both of these will be coming out along with the Taros Air War Campaign, so keep an eye on that for more info.