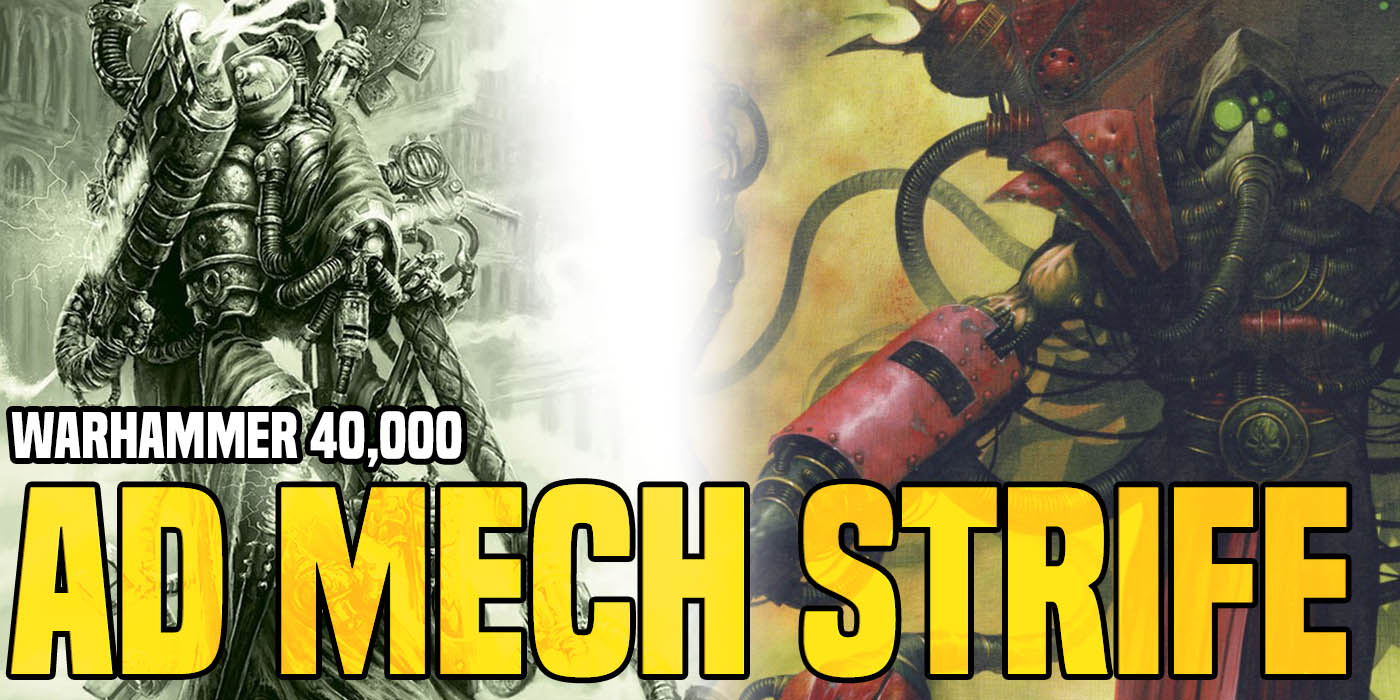 With the latest short story from the Psychic Awakening we learn that the Ad Mech has divisions in the ranks.

In the short story Cargo Bay Ceti-78 by Dirk Wehner, we get a peek behind some of the machinations of the machine worshiping Adeptus Mechanicus. It appears that deep within all that cold machine logic hides some secrets that will do anything to stay hidden. Today, we’re going to talk about this short story so before we go any further, go read it!

Seriously, it’s a SHORT story – go read it cause I know you’ve got some time to do it today… 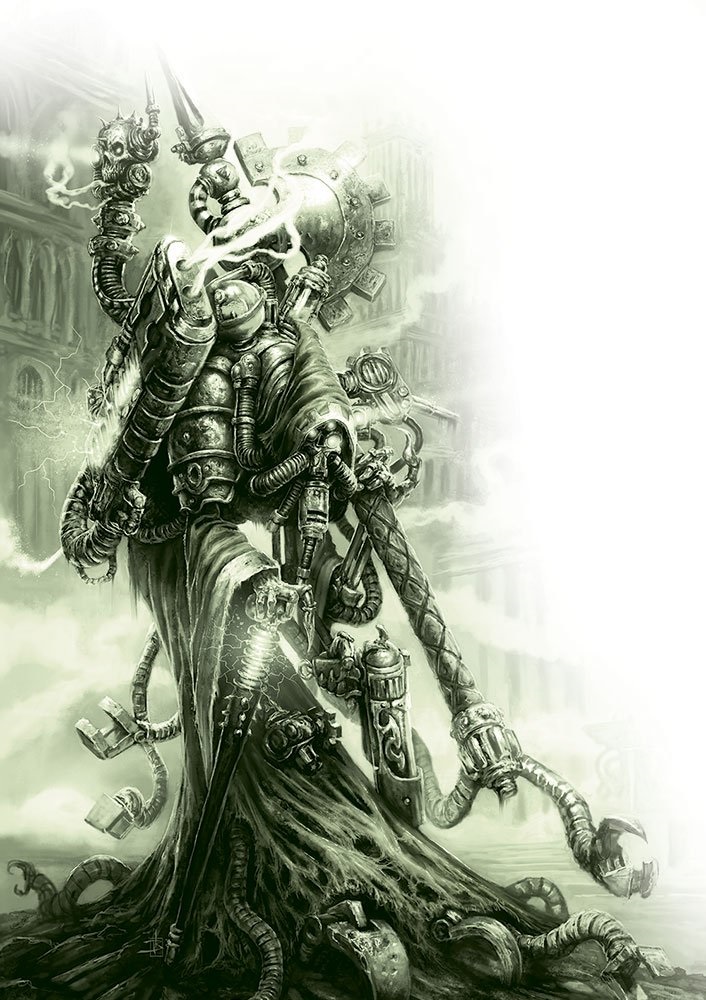 Something is hidden beneath a huge canvas in Cargo Bay Ceti-78 and Tech-Priest Belafont Kreeler is determined to find out what it is. The Tech-Priest is hot on the trail of a mysterious secret that has been tucked away in the Cargo Bay and he knows that Dominus Xu Kroll is behind it.

This story is a bit of a detective story – or at least it kind of starts that way. But it quickly turns into something more sinister. If you’ve finished the story, then you know how it all ends. Dominus Kroll has Kreeler vented into space. You also know that Kroll has been able to make a team of Skitarii “vanish” and also was able to plant traps in the ventilation system if anyone wanted to go snooping around. Kroll is not messing around. 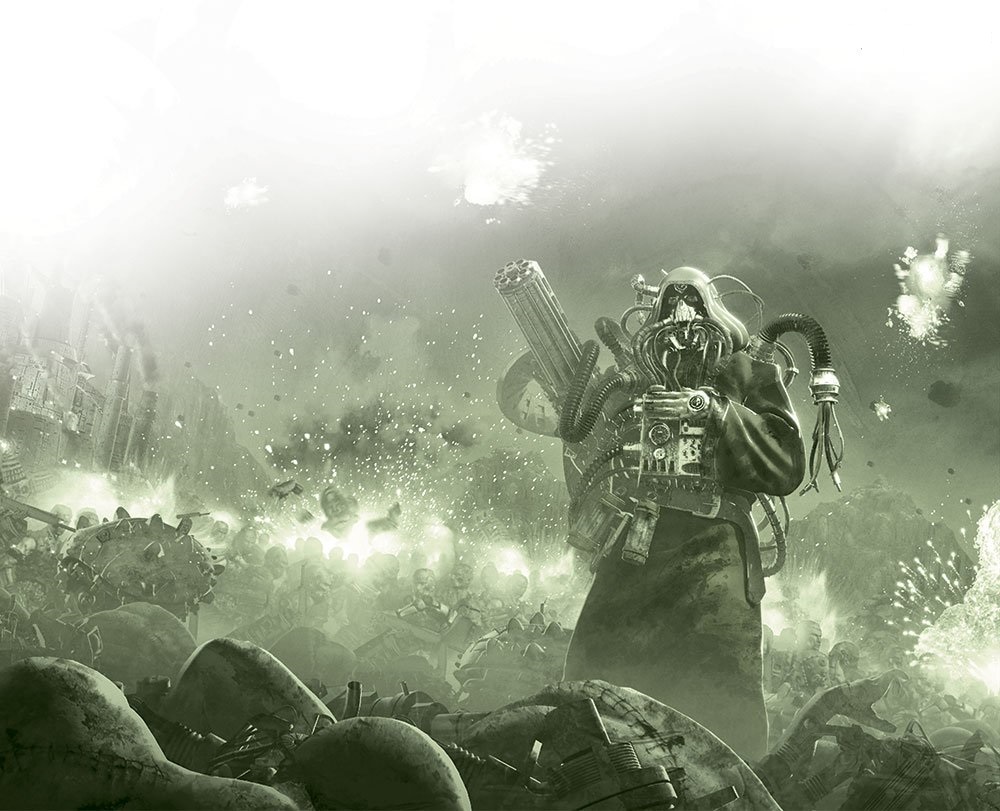 In the end, all we really learn is that there is a massive object beneath a heavy canvas and it’s dubbed “the Varlian Device” – what is it and what does it do? We aren’t given any other info.

Xu Kroll was serving the Omnissiah, and all his wider plans and calculations were driven by pure and unemotional logic. The Varlian Device would see field tests in due time, and he could not allow sceptics like Belafont Kreeler to interfere with his great work. No one outside the Teeth of the Cog could know until the appropriate juncture.

On the surface, an organization like the Adeptus Mechanicus appears to be of one mind and presents a pretty unified front. But there is obviously things happening in the background that are hidden and cause divisions. Perhaps this device has something to do with the Moirae Schism. Are the Teeth of the Cog attempting to subvert the Ad Mech from within? Xu Kroll sure sounds like he has some ominous plans for the Ad Mech aboard the Cruiser Regulus Prime.

We’re all going to have to wait a bit longer to find out what the Ad Mech are planning. Personally, I’m hoping for the Dark Mechanicus to finally show up. With these divisions growing within the Ad Mech, who knows what’s coming…

What do you think the Varlian Device is and how do you think GW will resolve this growing split within the Ad Mech?