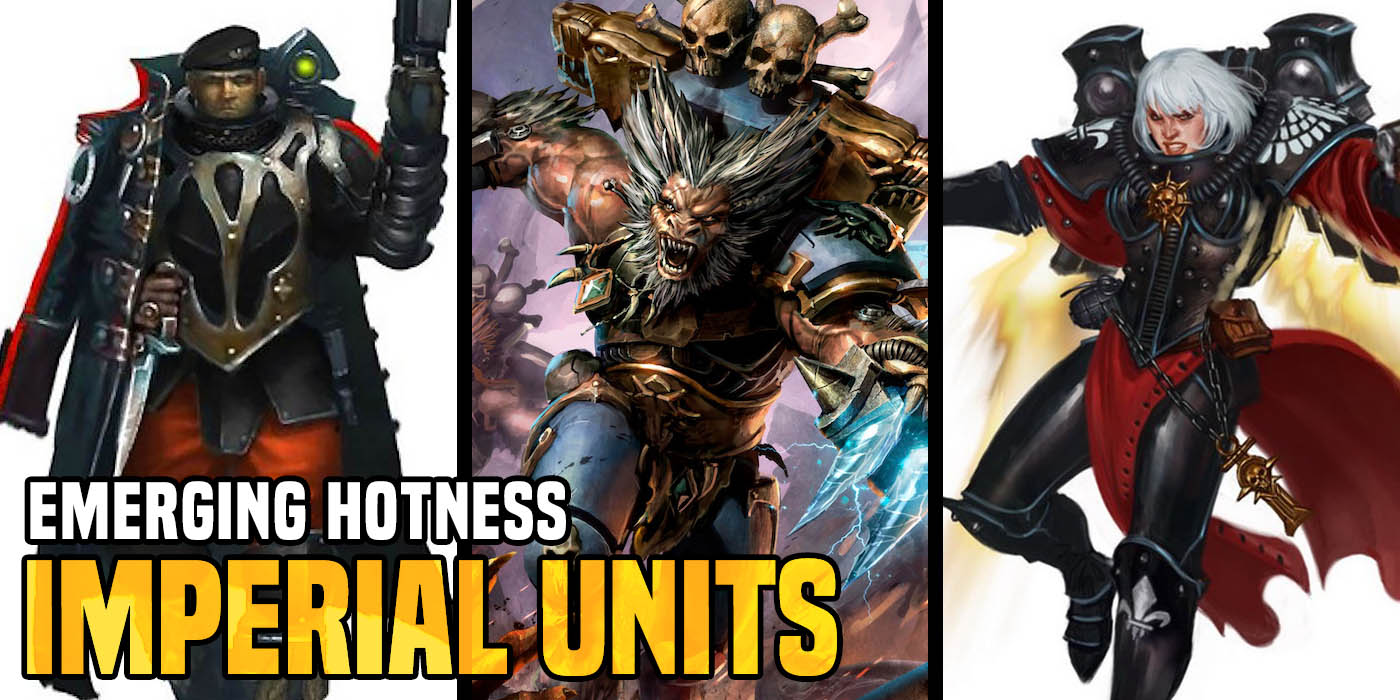 Hey everyone! Adam here to talk about what may become the new hotness for the forces of the Imperium.

As we continue with the current situation for just about everyone, many people are furiously racking their brains to try to come up with a new list and combo of units to get that competitive edge. As mentioned in a previous article, there are plenty of ways to try some of these ideas out and see how good they work. Unfortunately we still have to wait a little bit in order to see the results of these tests on a real tabletop. Once we are all playing again, I’m sure you’ll start to see many new units on the tabletop, or units that used to be staples of an army and are now back in the rotation. All that being said, I will give a few examples of units that I think that you will see a lot of when we start up once again. Keep in mind this is mostly speculation and we really won’t see the cream rise to the top until we all start playing again. 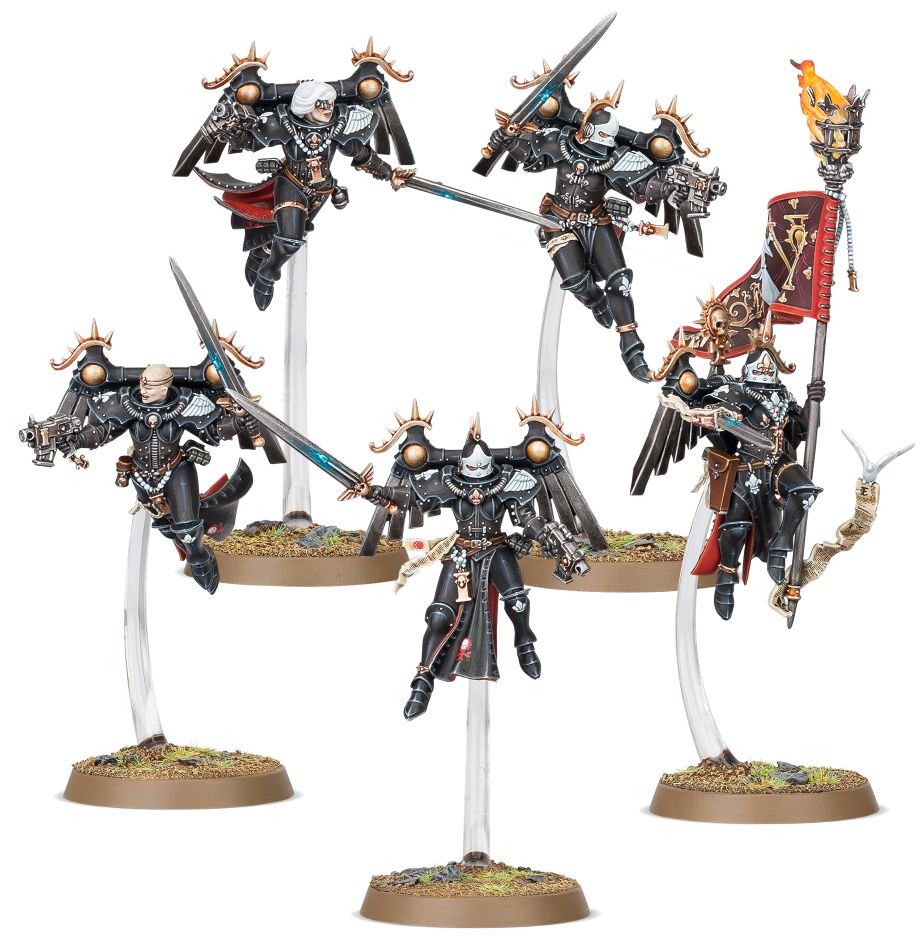 This is a new unit that was recently introduced with the Sisters of Battle’s new codex. It is a close combat flying unit, similar to Space Marine Assault Squads. They come equipped with a bolt pistol and power sword as standard, which you cannot change except for the Zephyrim Superior. Although they come with two attacks base, they are still only strength three. This, however can be boosted to strength 4 with a nearby preacher. Additionally they can increase their number of attacks, through various means, and can reroll the charge roll with the pennant that the Zephyrim Superior can take. That’s thirty one attacks that can reroll wounds and are -3 AP. If you have 3 squads attacking together, they will chew through just about any infantry unit they come across. They do have trouble against vehicles and are still only toughness three, but power armour and a 5+ invulnerable save, that could be made a 4+, should help mitigate those deficiencies.  I expect to see a lot of these units, whether in a pure Sisters army or as add-on for another Imperial army. 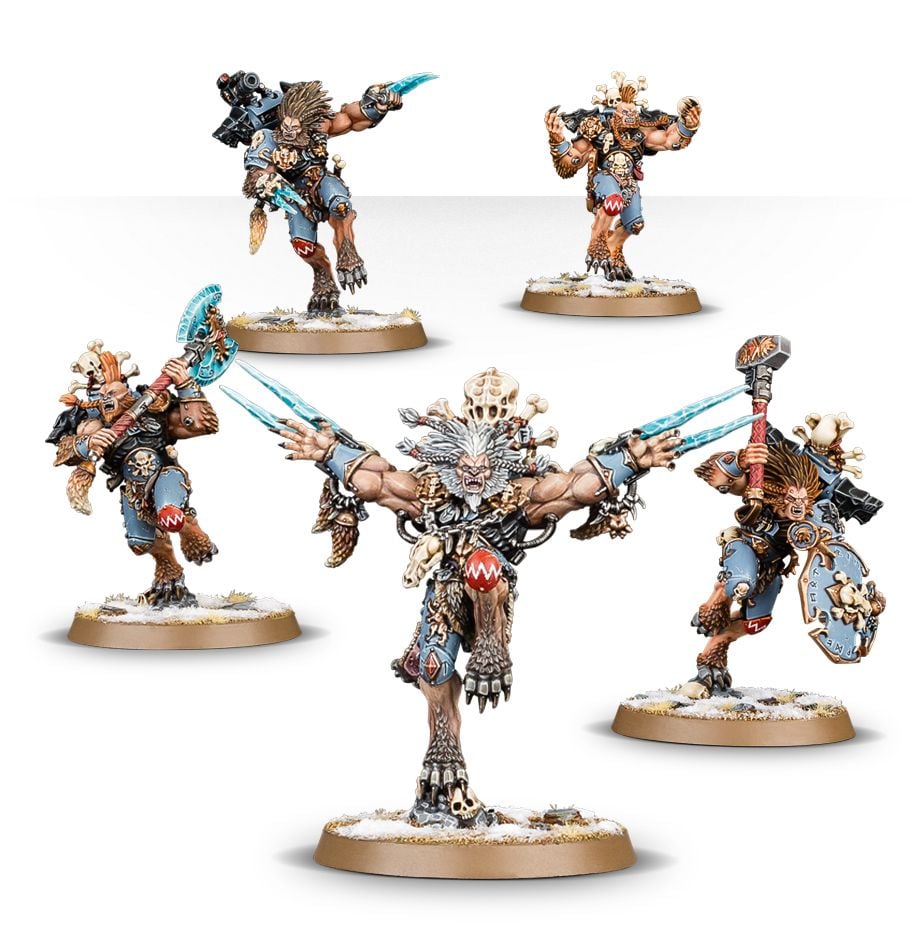 Some of us were lucky enough to get their copy of the Saga of the Beast so have had a chance to look at the Space Wolf stuff. Although I do not have access, yet, this unit has caused me to fear the Wulfen more than before. As you may, or may not know, the Wulfen have a couple of rule and equipment that make them really good units. First off, they can advance and charge, so they can get to where they need to go. They give other units the ability to reroll charges. They have access to Thunder Hammers and Storm Shields and this is actually available to the whole unit, not just a couple of guys. They have a 5+ feel no pain, and with the new Psychic Awakening they have access to the Trans Human Physiology stratagem. This makes them extremely hard to kill with conventional weapons. If you do happen to kill one in close combat, they get to make an attack one last time. Add the fact that they can use a stratagem to come in off a board edge and the stress level in having to deal with them increases many fold. 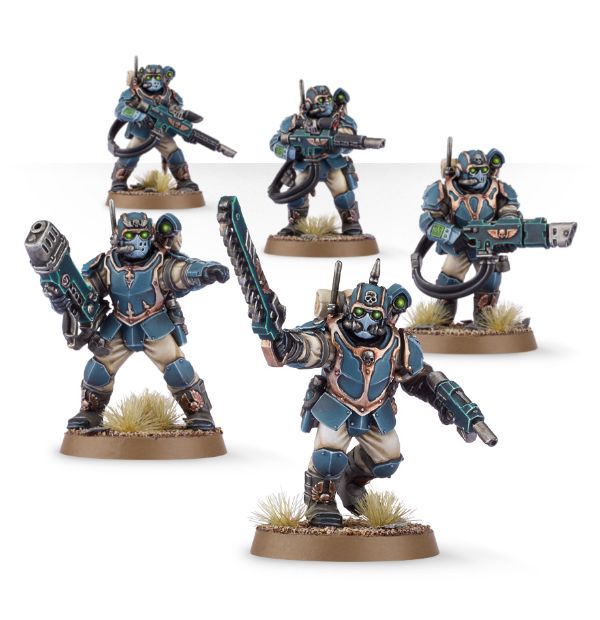 This may seem as an odd choice. Not since early eighth edition, and Taurox spam, have we seen Scions used a lot on the tabletop. With their own Warlord traits, stratagems, and other fun stuff, the Scions are a bit more viable. Although still not viable as an army as a whole, a detachment of Scions can really help with your army. One route you can go is to do the Scion air force and pair units with a couple Valkyries. The ability to mitigate their Grav Chute drop, coupled with certain chapter tactics for the detachment, can give the detachment some punch and maneuverability that your main army may be lacking. The Taurox is still a viable choice and there are a few builds that really take advantage of the new chapter tactics the army has. Before the lockdown, I was already seeing people adding a dash of Scions to their armies. Seeing more armies with Scions in them would not surprise me.

~That’s all for this week. I hope you enjoyed the article. Let us know what you think, and what units you think will make an impact in the upcoming Meta, in the comments section below.

Author: Adam Solis
I've been a wargamer for over 30 years. I have just about seen it all. My favorite game is Warhammer 40,000 but I will play, or at least read the rules, just about any tabletop miniature game at least once. I headed up the Warhammer 40K Judges team at the Las Vegas Open for several years.
Advertisement
Editorials Rules Warhammer 40k
Advertisement 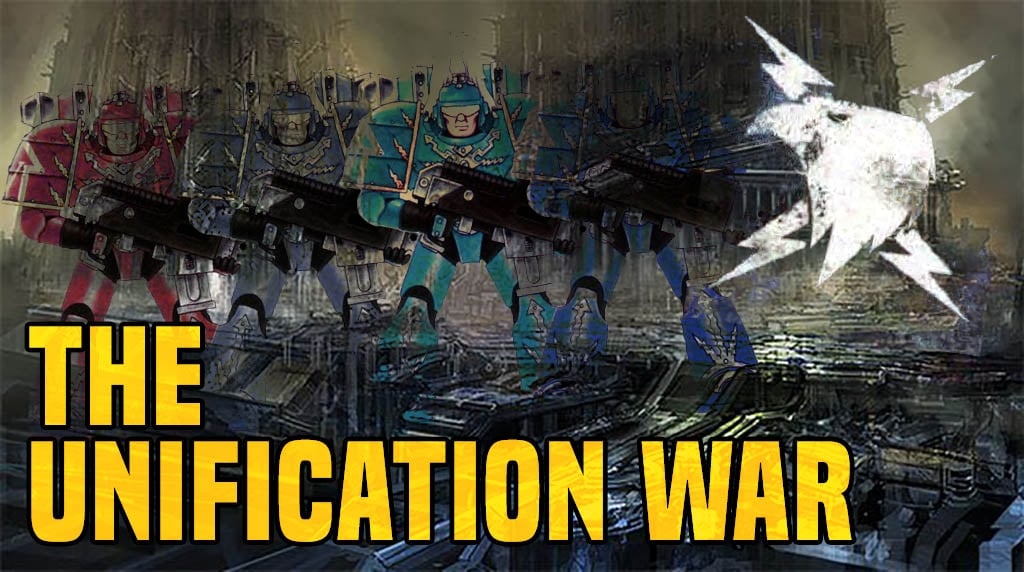