D&D: Tired Of Waiting For Theros? Visit Sunny Dominaria Instead

Mythic Odysseys of Theros will bring the Greek-inspired realm of Theros to D&D soon, while you’re waiting, why not revisit one of the OG planes…

Theros might be coming soon to D&D, but did you know you can visit the plane that started it all? Dominaria, perhaps one of the most iconic planes in the History of Magic the Gathering, has its very own guide to D&D. Yes, you too can visit the home of Llanowar Elves, Vodalian Merfolk, Homarids, and all sorts of Heros–Benalish and otherwise, Dominaria has been home to much of Magic the Gathering’s early history. 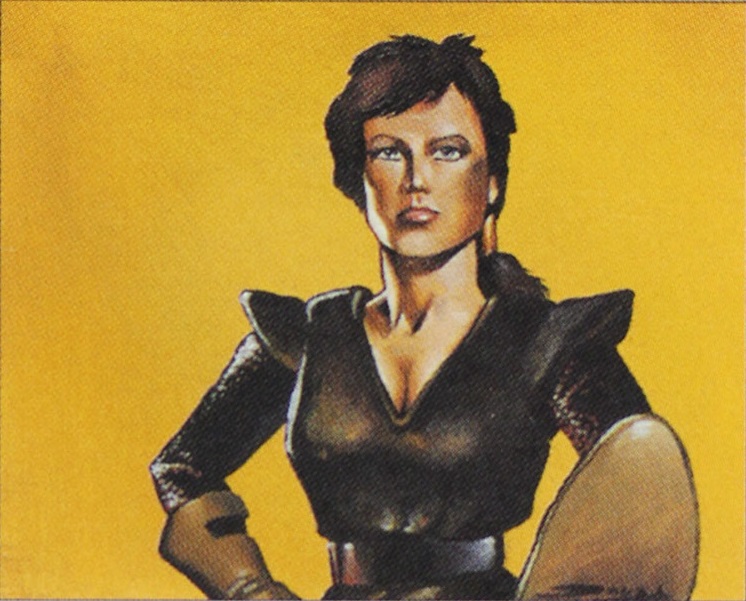 So find a friend, see if they’re capable of banding, and gear up, because it’s time to head into the Grizzly-haunted woods of Dominaria.

From the lush forest of Llanowar to the frozen expanse of Keld, the lands of the Domains teem with intrigue, exploration, and war. Orcs and kobolds raid Benalish farms, dissident factions of Keldons plan war in defiance of their leaders, and the sinister Cabal worms its way into the fabric of society. The Seven Great Houses of Benalia and the elfhames of Llanowar try to maintain stability and order, the Church of Serra seeks to cultivate art and virtue, and the Tolarian Academies pursue an ever deeper understanding of the science of magic. For the most part, the merfolk of Vodalia just wish to be left alone, but they can’t ignore the ships crossing their waters—particularly the Cabal vessels sailing west from their Stronghold in Urborg.

Starting with the huge sweep of geography and history described in The Art of Magic: The Gathering—Dominaria, this supplement zooms in to the continent of Aerona and its environs to present a setting for your Dungeons & Dragons games. Author James Wyatt (lead designer of the forthcoming Guildmaster’s Guide to Ravnica) has filled these pages with character hooks, adventure ideas, new monsters, and new insights into the lands of the Domains. Play a fierce Keldon or a soaring aven, uphold the ideals of Serra or the legacy of Tolaria, and defend the shining cities of Benalia or the ancient elfhames of Llanowar. Battle the scheming cultists of the Cabal or the homarids of the Vodalian Sea. And explore a map featuring a more detailed look at Aerona, from the Hurloon Mountains to the Whispering Woods!

Okay, so beyond just the history of the setting–Dominaria has a lot to offer for any D&D campaign. In the Plane Shift packet you get three monsters, stat blocks options/demonic boons for the cultists of the Cabal, and a new player race, letting PCs take on the role of Keldons and Avens (we’ve highlighted these below). But beyond that, you get a fantastic set of tables that can help generate adventures. Now these ones are specifically tailored for the various nations of Dominaria, but that doesn’t mean the ideas behind them are any less inspiring. 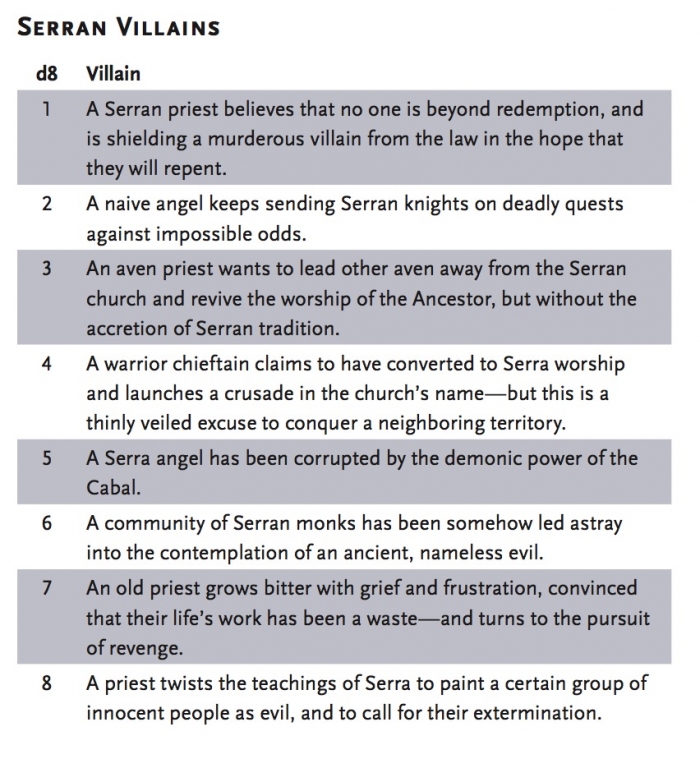 Take this table of Villains out of Serra. This is a great way to come up with foes for your players that aren’t necessarily evil. I love the idea of players trying to deal with a naive angel (or priest or what have you) who continually sends adventurers to their deaths at the hands of nigh-impossible quests. Same with the cleric hiding a villain with the hopes that they’ll repent. 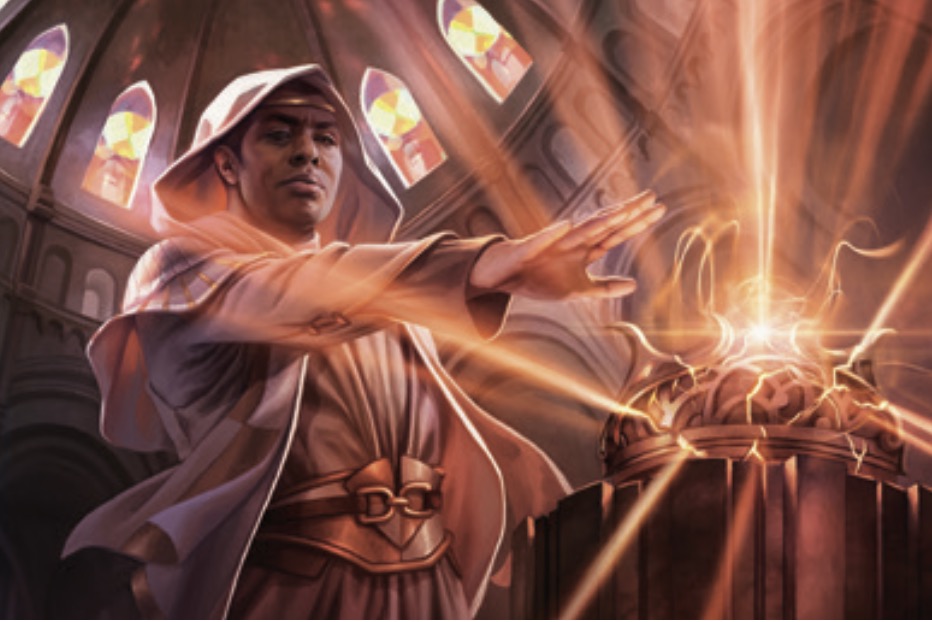 And that’s just a small sampling of the works you’ll find. There’s something for every nation of Dominaria (including a worldmap, if you’re into those things, which I am). 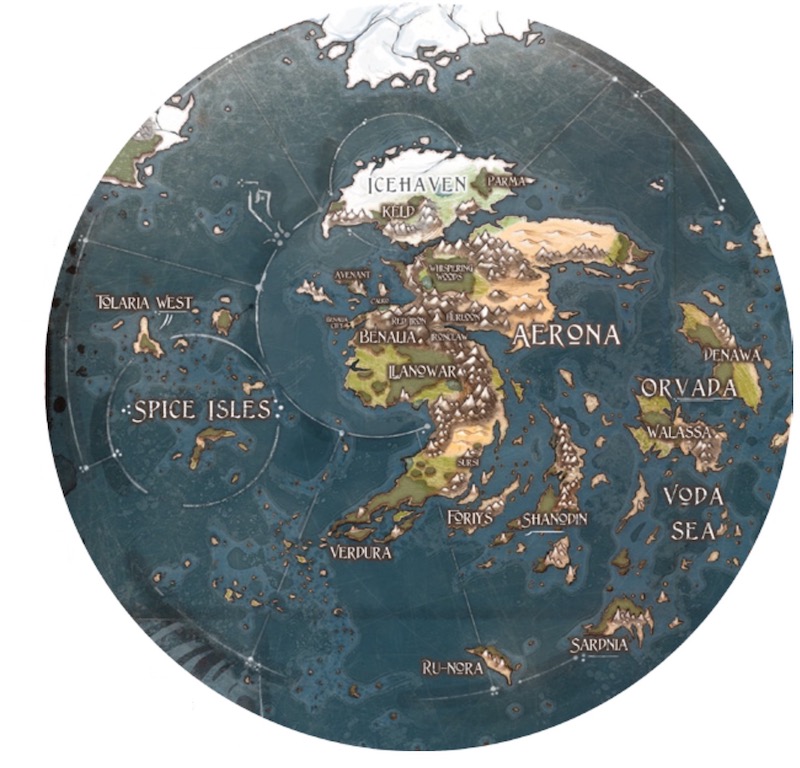 You’ll find guidelines for running heroes from the noble empire of Benalia, with its lush landscapes, and cities of beautiful stained glass and towering limestone monoliths. Whether your hero is from one of the Seven Great Houses, a wandering knight, noble, or “hero” you can find ideals and bonds that tie your character to this properous nation, which is a good template for “heroic and mighty nation” no matter what plane you’re on. Lots of Clerics, Fighters, Paladins, and Rangers. 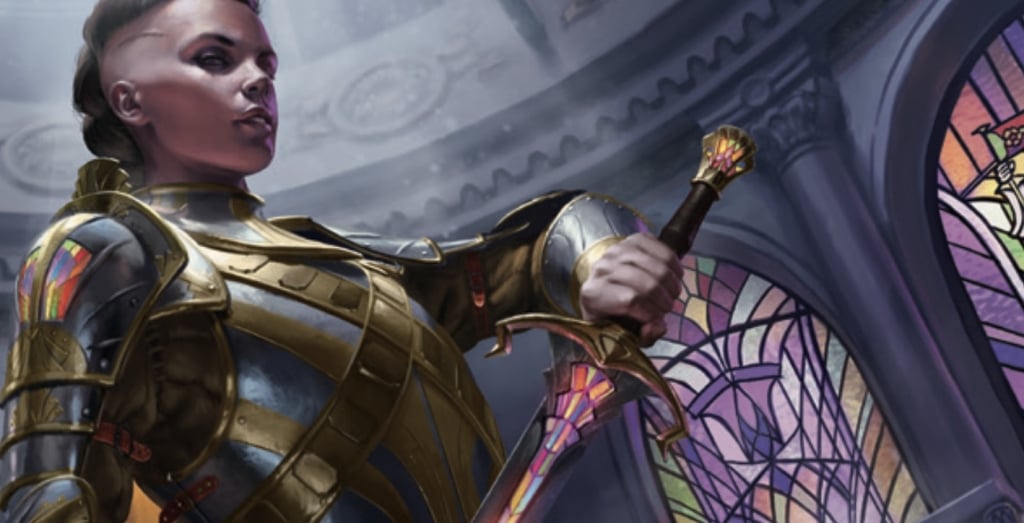 Benalia also gives you the Aven. Another winged race–which can be powerful, especially since Aven get a +2 to both Dex and Wisdom, making Aven Monks one of the more powerful PC race/class combos you can find. Couple that with a flying speed of 30 (which they can’t use with medium or heavy armor oh no), and you’ve got yourself an incredibly mobile PC race. Plus you can attack at long range without suffering disadvantage on ranged weapon attack rolls.

But as with most things in this packet, it’s the various tables that are inspiration that speak to me. Wether looking at sample Quests a character might have, sites where an adventure could take place, and different villains you could encounter from Benalia. And man does it have my brain cooking–I’m in the midst of planning a campaign, and I keep cribbing notes from these tables. I’ve had to stop writing this article twice to jot down some inspiration.

Then of course there’s the section on Tolaria, which features the single greatest piece of artwork in the history of mankind. 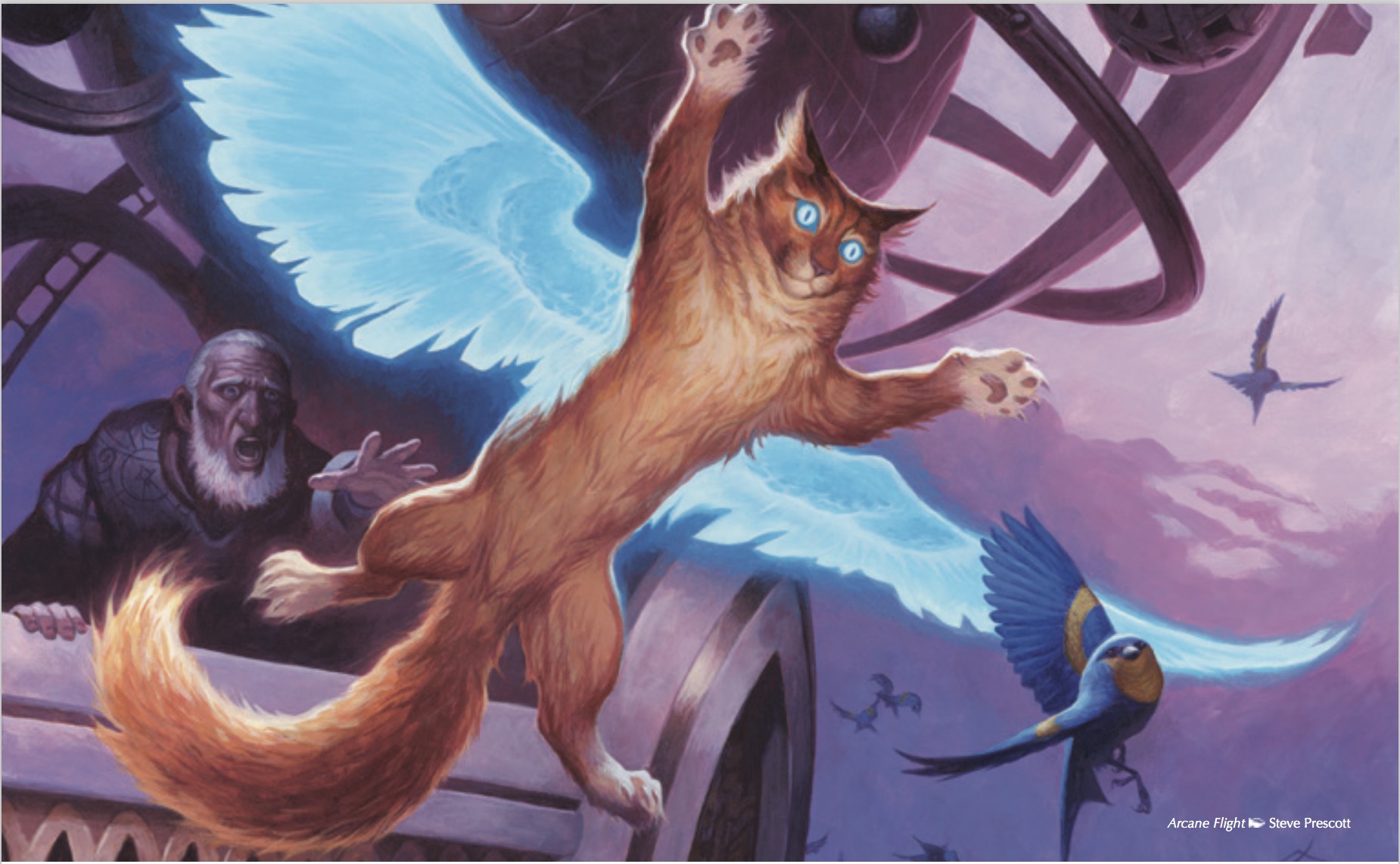 Which is exactly what you’d expect to represent a nation that is in fact the most prestigious magical Academy in the world. The Tolarian Academy was founded by Urza in the days of yore, and centuries of tradition have been handed down through this academy’s walls. Whether eldritch secrets, breakthroughs of arcane engineering, or some other magic/magitek/eldrtich conflagration gone wrong, you’ll find plenty of adventuring within.

If you’re looking for more villainous locations, the Cabal of Belzenlok are the demon cultists, assassins, spies, and evil paladins of your dreams. Full of undead, cultists, and even a few actual demons, the Cabal are a great, ready-made villainous organization that you could drop in wherever you need. 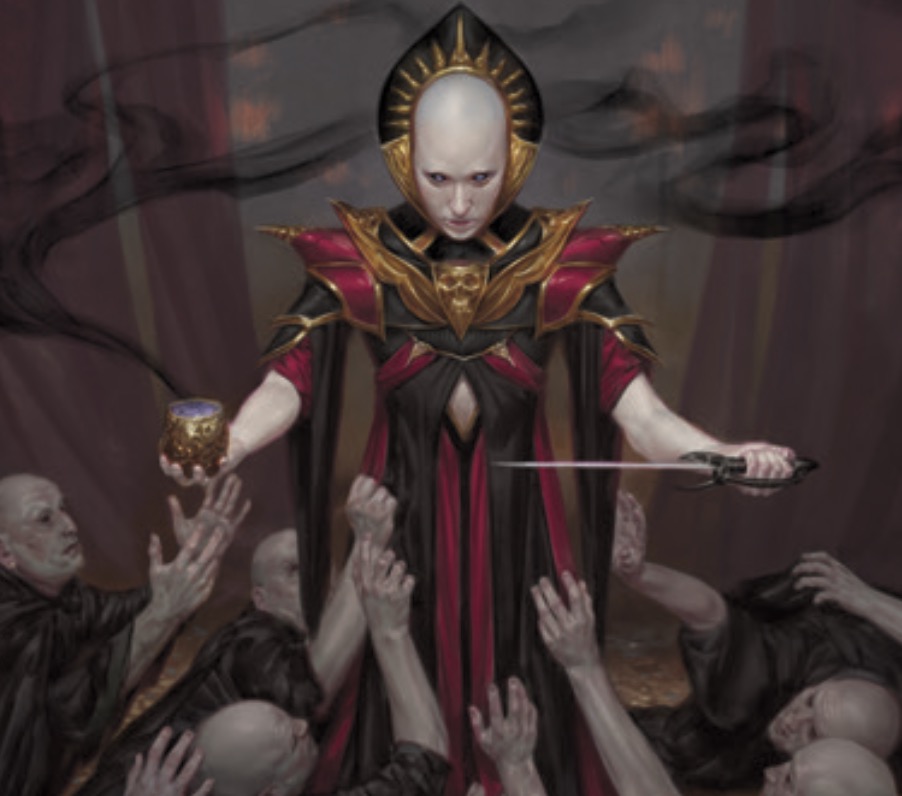 And all that’s not even touching on the trackless depths of Vodalia, or the expansive wilderness of Llanowar’s forests. There you’ll find stats for Homarids and Kavu, as well as guides for creating your own Merfolk and Elven adventurers, which can be tricky because the Llanowar are notoriously xenophobic (except where bears are concerned). 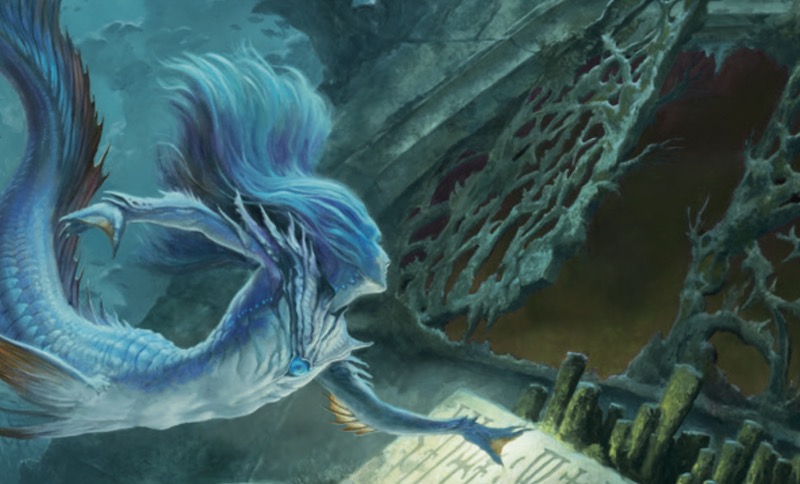 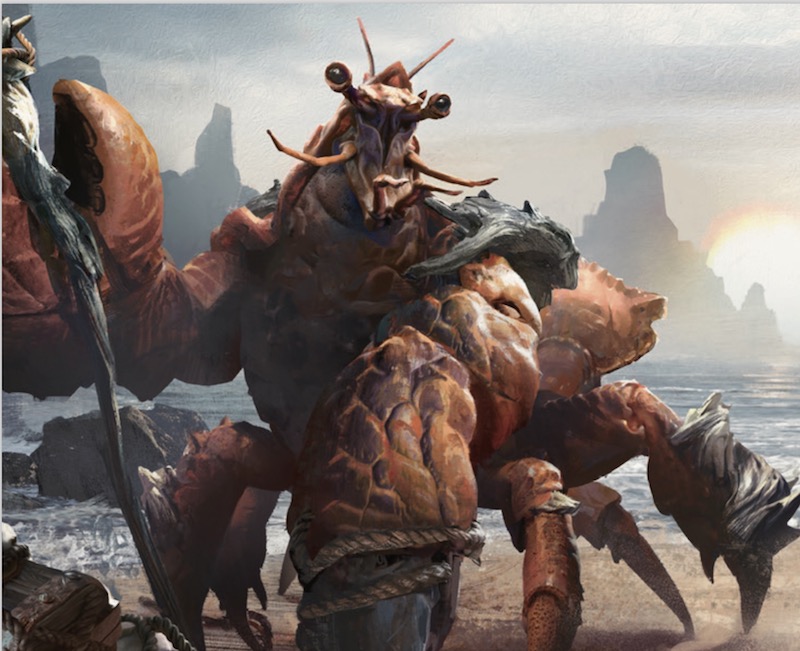 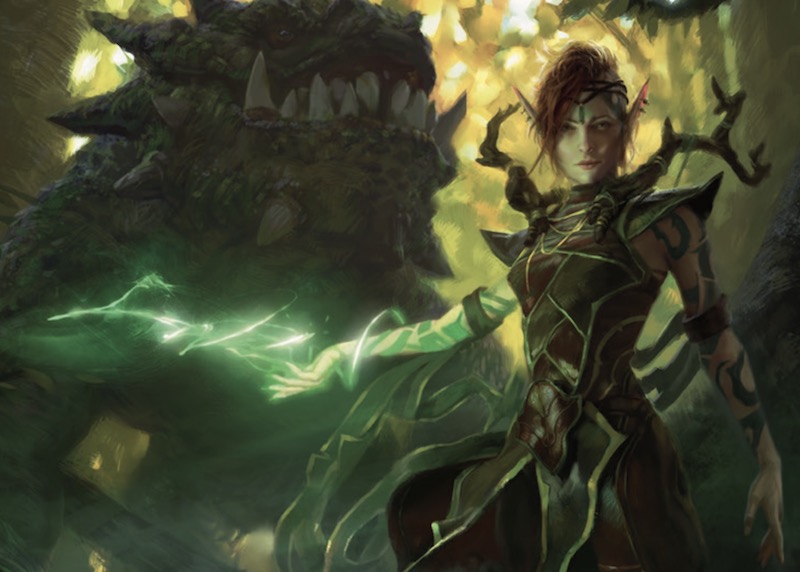 You can see the monstrous Steel Leaf Kavu featured in the background there. And find their stats listed below: 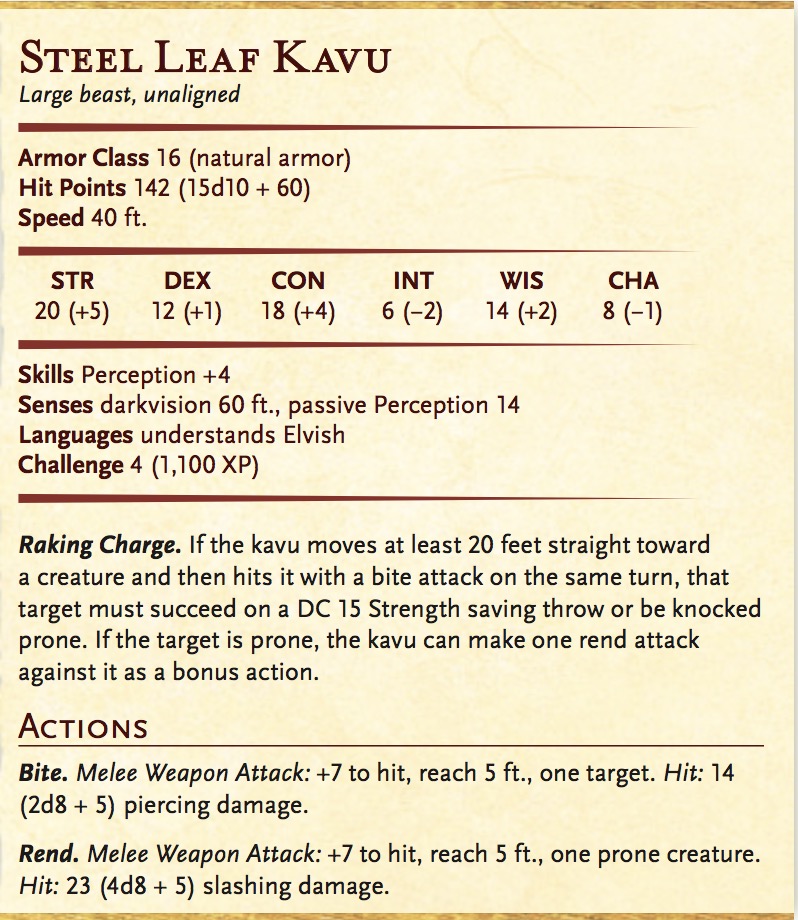 And then last, but certainly not least, are the Keld. Playing as a Barbarian has never been better. Somewhere between a Goliath and a Human, the Keldon are a hearty folks, who are another variant Human. Instead of getting the standard human traits, they gain the following. 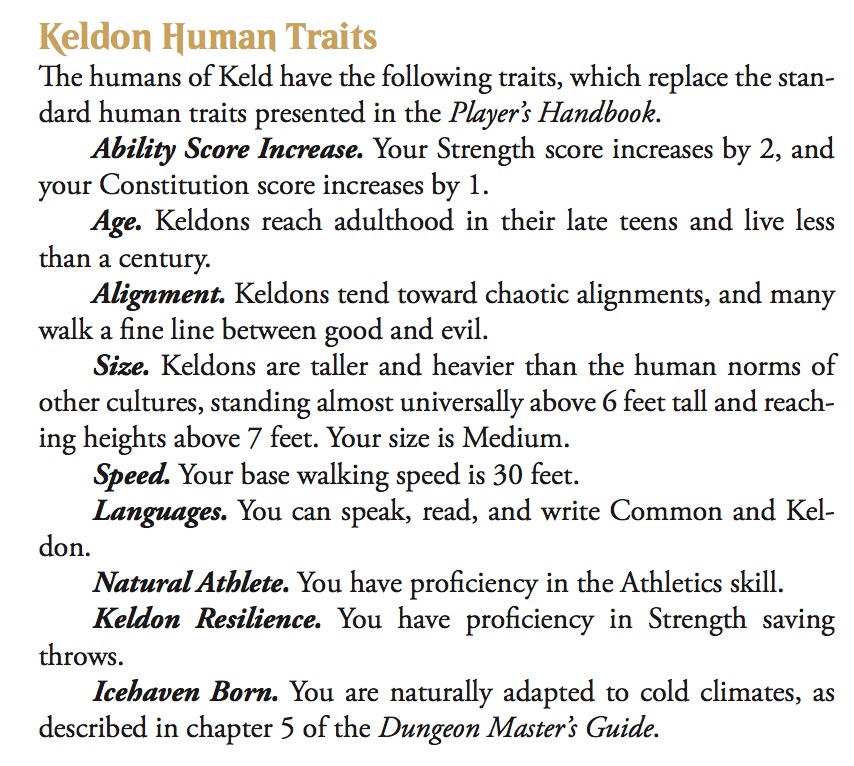 At any rate, that’s just a small taste of what awaits you in Dominaria.