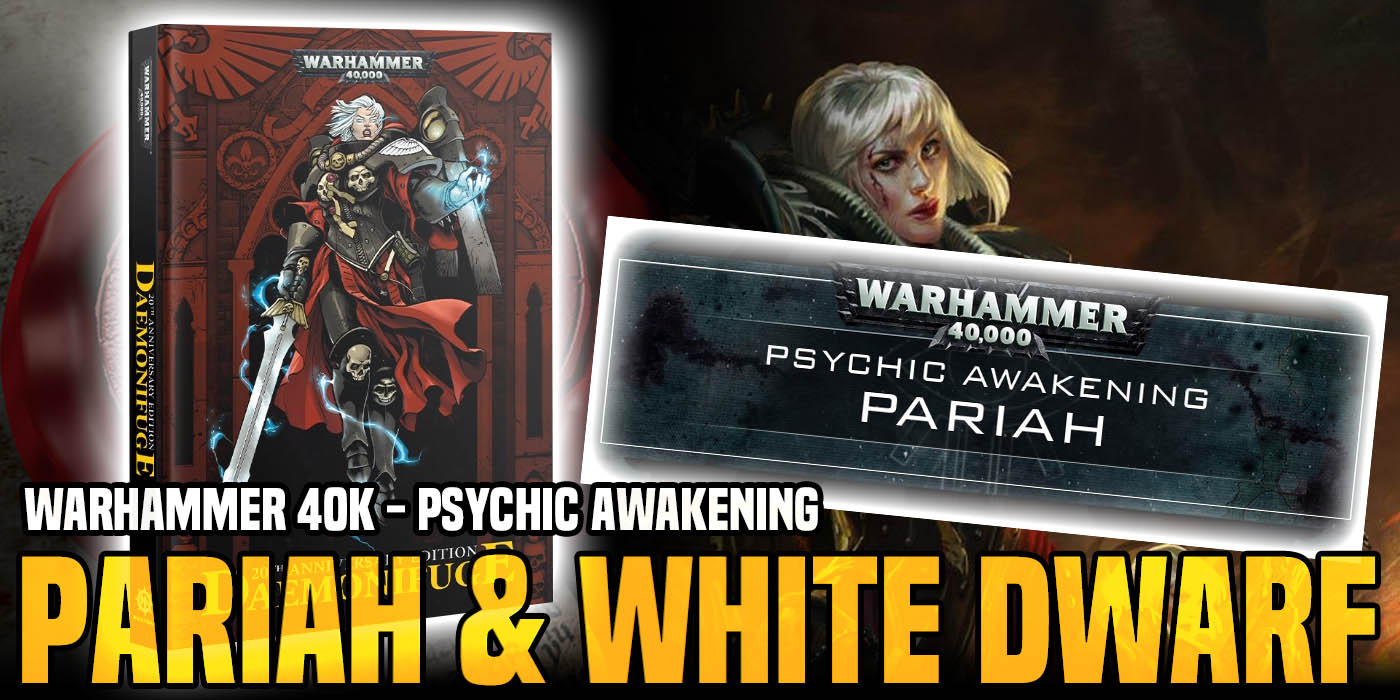 The Daemonifuge models will have rules in Psychic Awakening: Pariah. But who else will be involved and what’s after?

If you missed the Games Workshop Preview 2 this weekend then you missed out on some details we learned about Psychic Awakening: Pariah. For starters, the story sounds like it’s going to center around Ephrael Stern and her anti-chaos abilities.

What’s intriguing is that as a Sisters of Battle character, her rules are obviously not in the new Codex. We had confirmation from GW that her rules will be in the Psychic Awakening: Pariah. Which means that’s probably the place where we’ll see the Sisters get the “Psychic Awakening” treatment with all the extra stratagems, relics, warlord traits and such.

Furthermore, we learn that “Pariah” has a lot of meanings in the 40k universe. It could mean that you’re an outcast from your society. But there is an implication that you’re also a Psychic-Null, which is effectively an “anti-chaos” or “anti-warp” entity. The Sisters of Silence are a great example of those powers. 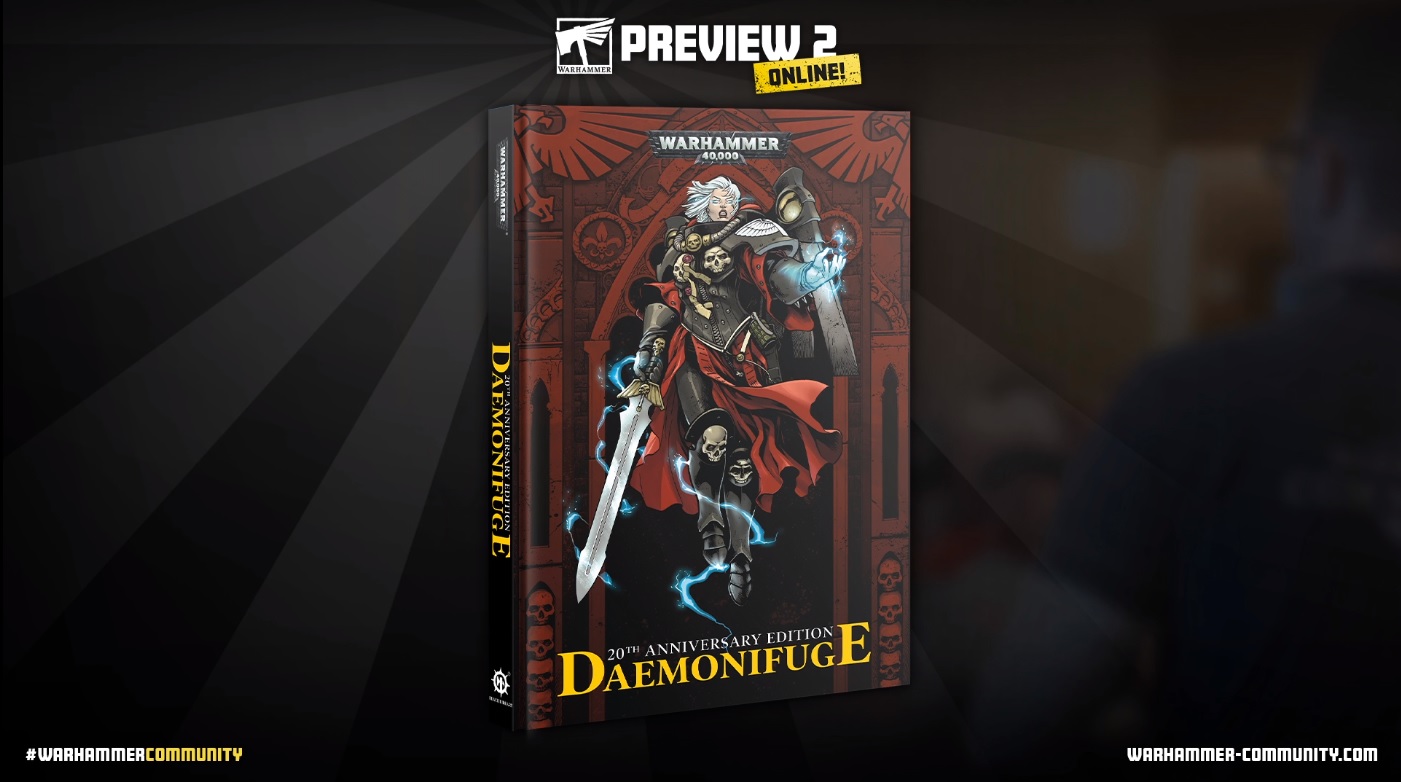 In the graphic novel Stern went up against all manner of foes, from Imperial Agents, to Xenos, to even some chaos followers (like the Thousand Sons). So who’s going to be showcased in Psychic Awakening: Pariah? That’s the big question!

But before we get to that, there was one other piece of news from the stream that cleared up some answers, too. The Deathwatch and Harlequins appear to have gotten shifted over to White Dwarf now. They will get rules via the monthly magazine as opposed to getting a full book.

This was also confirmed on the Warhammer Community site:

Before long, White Dwarf will be bringing you juicy new Psychic Awakening rules for the Deathwatch and Harlequins. Neat, eh?

So where does that leave us? Let’s look at the graphic: 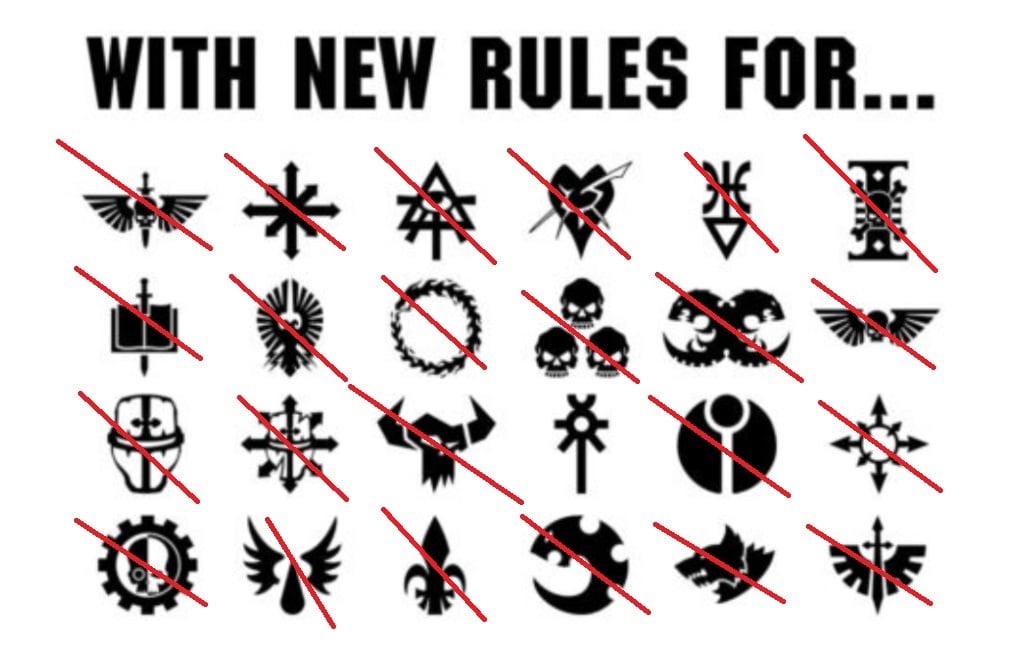 The only army left here is the Necrons. They also had a unit called Necron Pariahs before: 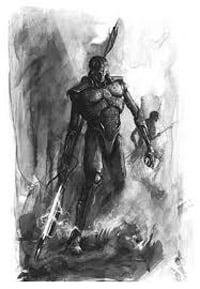 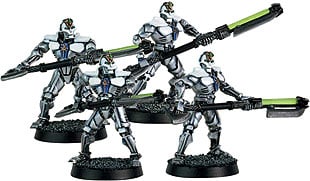 These were the anti-psyker unit for the Necrons and it would kind of odd for the book to be named Pariah and then not have these units inside. Plus Psychic Awakening: Pariah is the 9th book in the series, and if all the armies are getting updates, then where else were the Necrons going to go?

Having said that, after the news that War of the Spider would feature Chaos Space Marines (again) we’re not ruling anything out. It’s entirely possible that some other faction could ALSO get additional rules. It could be Sisters vs Necrons vs More Chaos again. We’ll have to wait to see!

If everyone else BUT Necrons have been announced – does that count?