Soulbound, the Age of Sigmar RPG currently in the works by Cubicle 7 reveals a new archetype… and its expected release date. It’s just around the corner!

That’s right folks, today we’re once again returning to the Mortal Realms this time to take a look at the newest archetype revealed from Cubicle 7 as well as getting an important update about how far along the game is, along with the details of its impeding release date. Let’s dive on in. 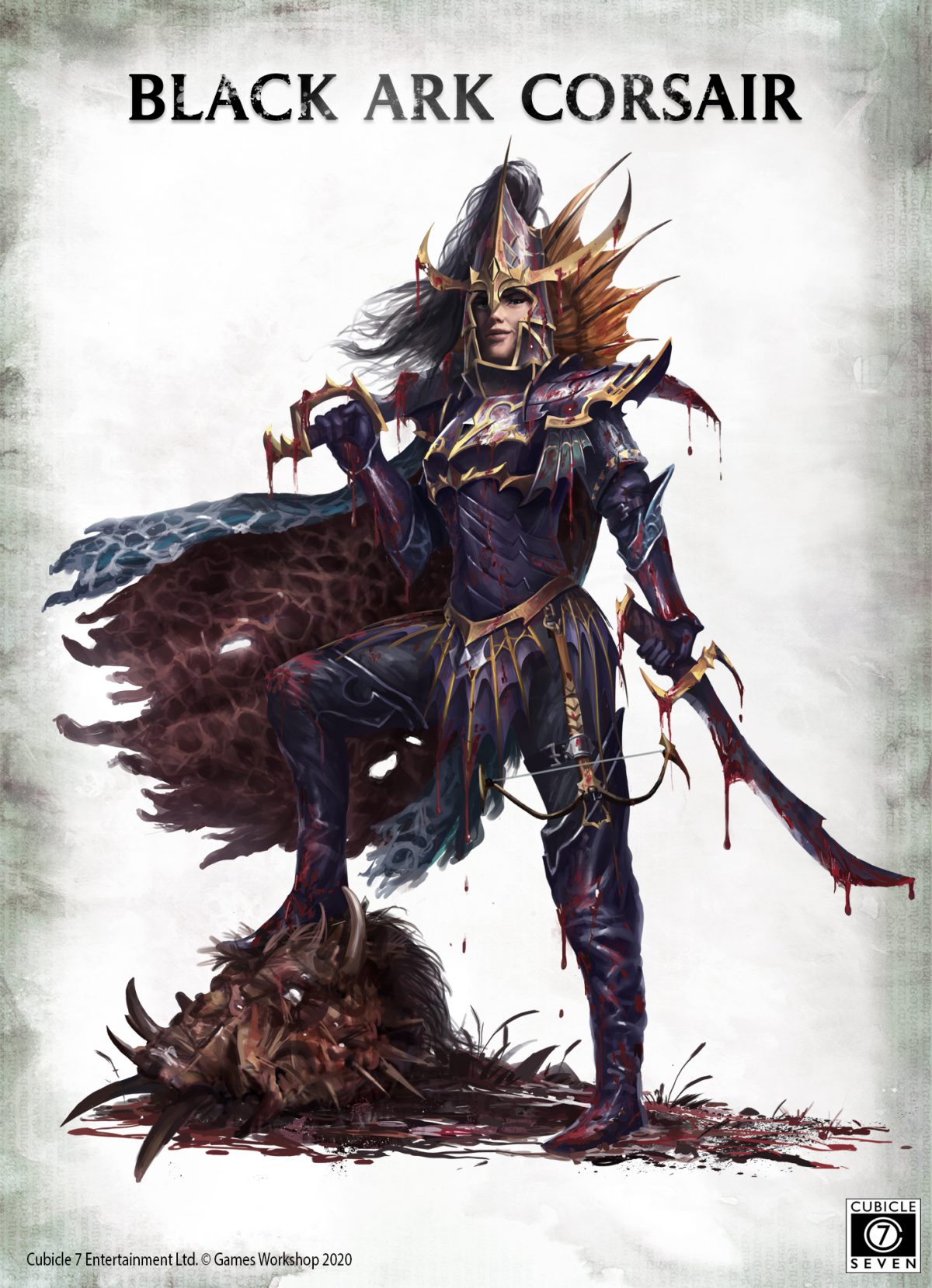 First things first, here’s the newest Archetype. This is a Black Ark Corsair, one of the formerly dark elves, now just a spiky elf pirate who sails the seas in search of fortune. But as you’ll see, being a pirate in the Mortal Realms is more dangerous than you think, because the ocean is more than just a big body of water that can kill you at a moment’s notice with nary a thought or care…

The seas of the Mortal Realms are more than merely treacherous — they are sinks of primordial magic. Left over from the creation of the aethyric cloud, these tempestuous seas are home to the monstrous and the daemonic, and possessed of a wilful malevolence of their own. Only the hardiest and most desperate buccaneer would contemplate a life on the waves, but those that do would choose no other. By harsh necessity a corsair can fill about any role aboard a ship — just don’t refer to them as a pirate, if you value your life. Most can stitch a wound or fix a mast if needed. All are skilled with sword and crossbow, and most can handle the war machines used for the corsairs’ legendary beast hunts. Amongst their own, corsairs abide by a crude code of honour where ships are run on egalitarian lines. A corsair might justly claim themselves the freest of free peoples, but that does not mean that cold-blooded murder or trading in slaves is beneath them. The majority of corsair ships are aligned with the dreaded Scourge Privateers, but many captains chafe under even distant authority. Those foolish enough to operate independently may soon come afoul of the Black Ark Corsairs — sea-faring Aelves known to be the deadliest and most successful of all the corsairs. 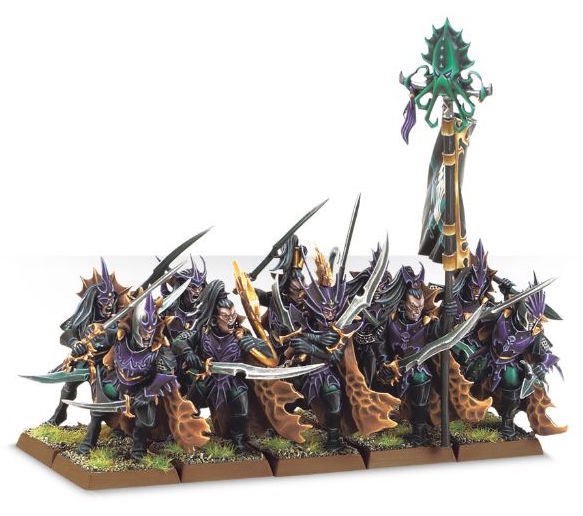 So in addition to all the normal things pirates had to worry about–which is already a lot–you have to deal with behemoth sea monsters and magic storms that probably want to kill you or whatever other nonsense the mortal realms throw at you.

And soon you’ll be able to find out what that nonsense is, with a tentative release date announced from Cubicle 7.

As of today, all 13 chapters are written and have been through editing. Of the 13 chapters, chapters 2 – 12 have been through layout at least once, with chapters 2 – 7 having completed proofreading (meaning they are essentially done!). The last chapters, Chapter 1: Introduction and Chapter 13: Bestiary, will be going to layout this week. The Introduction will go very quick but the Bestiary… well, it’s a beast! This one could take a little longer as we have over 40 monsters to cram into it. This means that the PDF won’t go live next Monday, the 27th, but may release later in the week. If not, the PDF should land the week of the 4th of May. If this changes, we’ll keep everyone informed.

So there you go. It could be next week, it could be the week of May 4th–either way, we’ll keep you updated!

D&D: Behold The Dread Dungeon Of Drezzar - A Dungeon Made Out Of A Dresser 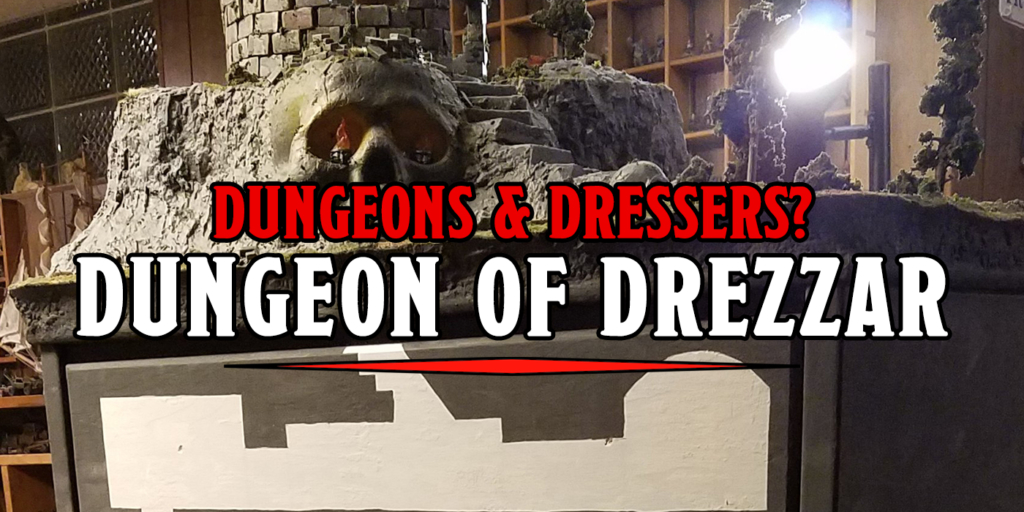