Star Wars: These New Jedi Knights Probably Don’t Go Out At Night Much

Let’s take a look at the newly revealed Jedi Knights coming to the High Republic Era.

The High Republic is a new era in Star Wars storytelling and something a lot of people are getting excited about. It’s a chance to tell new stories in a familiar setting and get a look at the Jedi at the height of their powers when they were the guardians of peace and justice in the Republic. Of course, a bunch of stories focusing on Jedi will need some Jedi Knights to umm… focus on. Over at starwars.com, they’ve recently released info on five of the new Jedi Knights; let’s take a look at them. 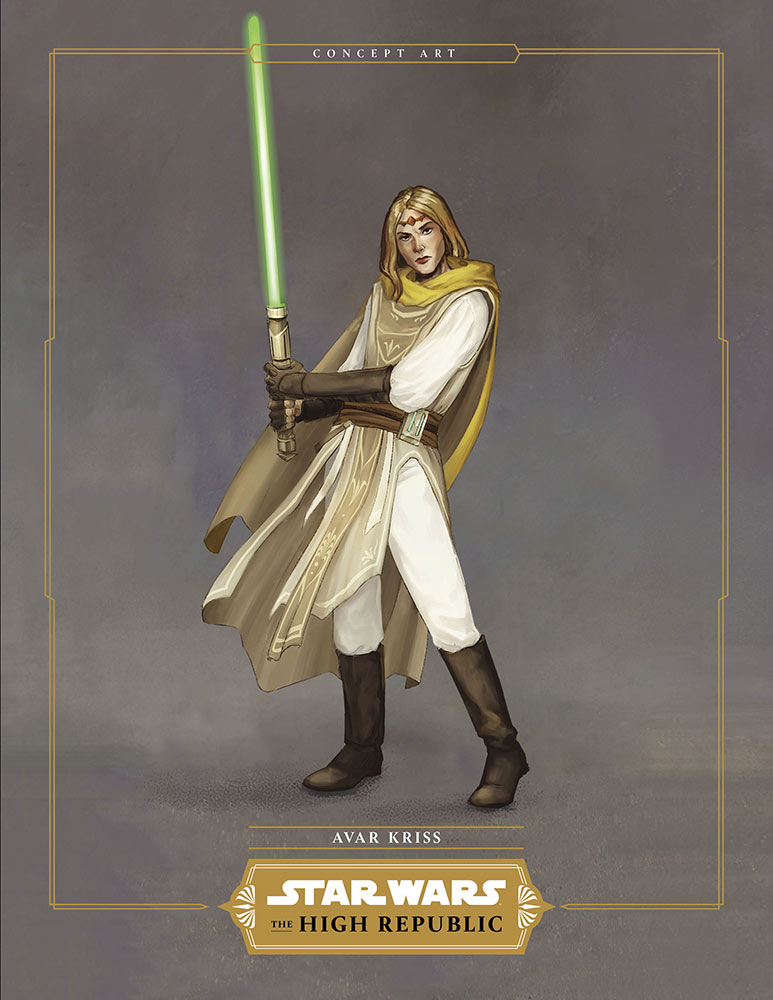 Avar Kriss is described as the highest ideal of a Jedi; she’s really the perfect example of what a Jedi should be. Kriss is noble and always tries to see the best in people. Also, “She is compassionate, not dogmatic, and always ready to sacrifice herself over others.” This sounds great, and it’s a good idea to have an example of the best a Jedi can be, she seems likely to fill the “mom” role. On the other hand, she sounds a little boring. I’d actually place her high on the list of potential Jedi to fall to the dark side, compassion is an easy path to caring, and caring leads straight to the Dark Side (OK not really). Still, having a perfect exemplar fall to evil is a good trope and could be done well. 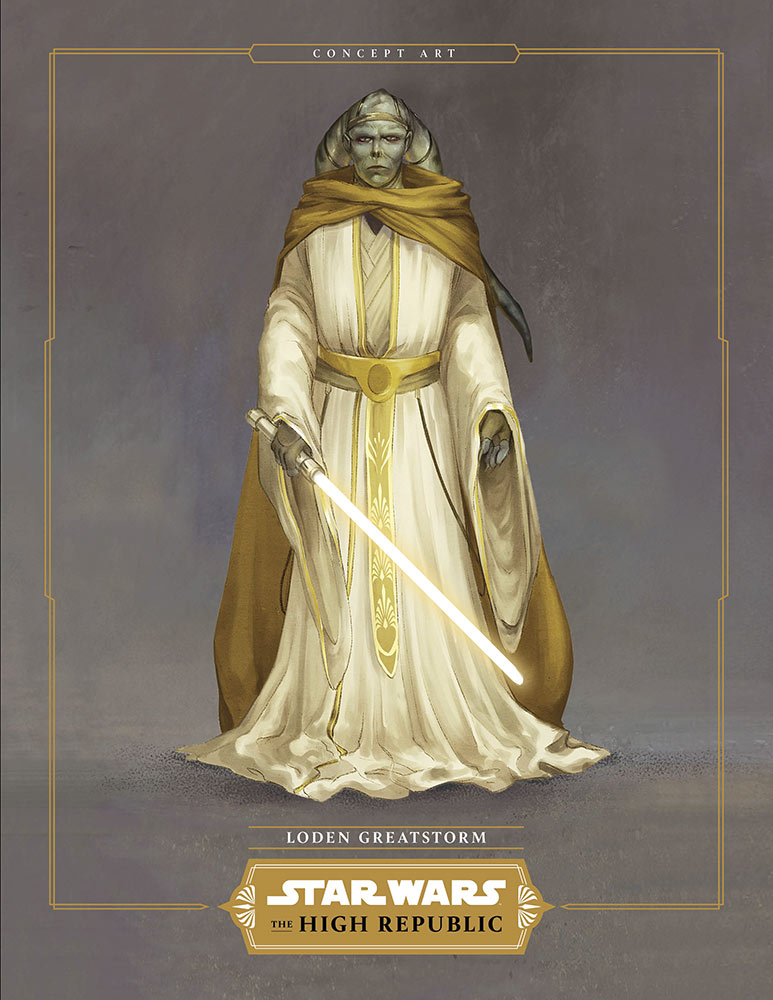 Loden is clearly the “grandpa” of the group. This guy is the wise old mentor to a T. “Strong and wise, with a good sense of humor, Loden looks at every moment as a learning experience.” He seems like a great guy to hang around with and gets into taking care of his Padawans. So, of course, he is going to die a heroic death as it’s pretty much mandatory for cool Jedi role models to do that. Impending doom aside, it’s great to see them working in a variety of species here. 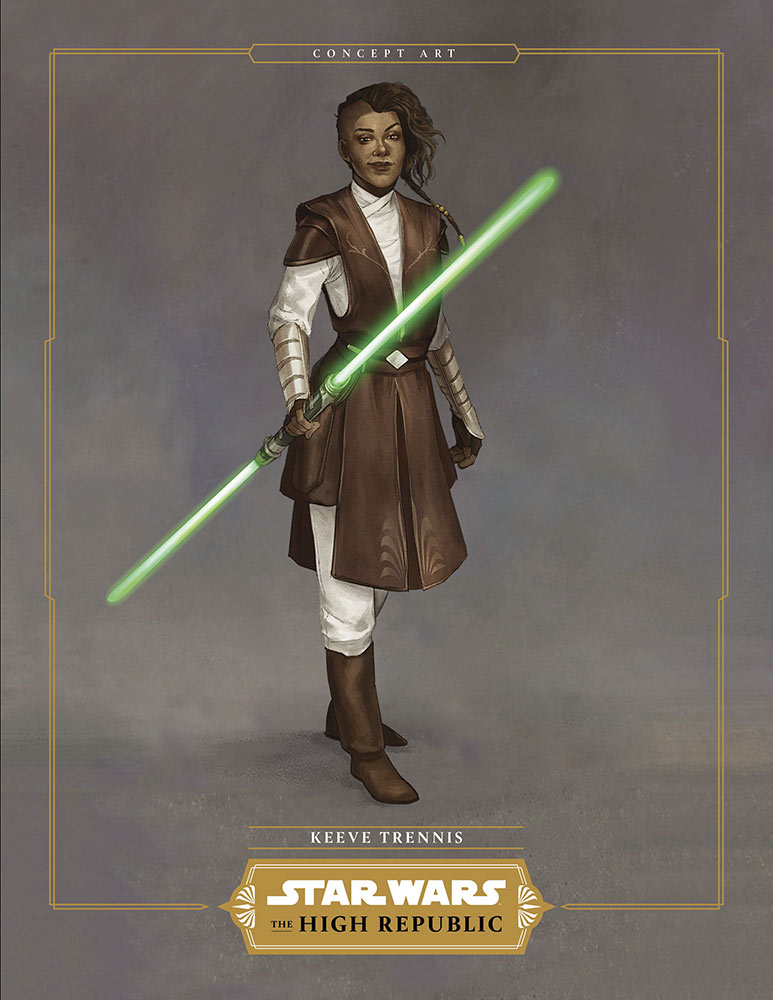 Trennis is one of the younger characters we’ve met and had only been a Jedi Knight for a few weeks. She’s described as powerful, quick-witted, impulsive, a firebrand, and someone with a great future in front of her if only she’d trust herself more. She’s got a bit of a case of hero worship for Avar going on. First off, I just want to say I love the look of Trennis; she’s got amazing hair, a cool saber and I love the darker robes from everyone else. On the other hand, her list of traits is a tad worrying as those are traits that it could easy to stray into Mary Sue-ish land with or come off as the writers trying too hard. On the other-other hand, they could work really well. If I had to guess Trennis seems like something of an audience insert a character (and may be more aimed at YA audiences), being a brand new Knight gives the stories a lot of leeways to explain things through her. Her arc is almost certainly going to focus on her coming to trust herself and also mellow out. If Avar does fall to the Dark Side like I think, you’ve got a lot of great story potential there as Trennis has to deal with being tempted by her idol and eventually confronting her. 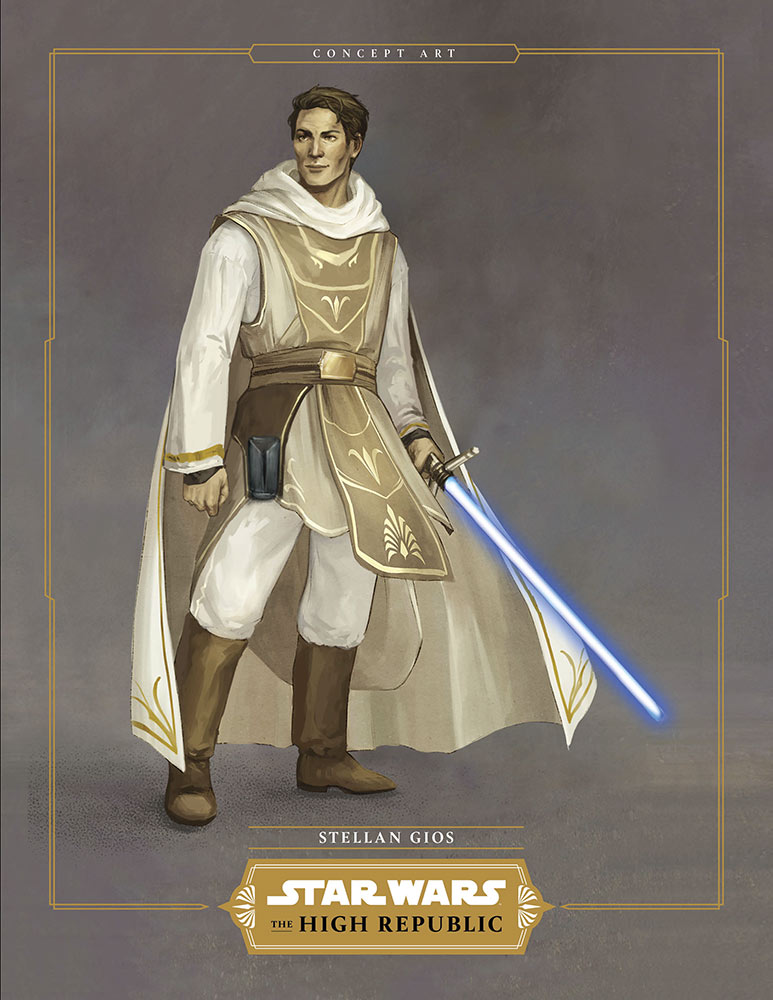 Stellan Gios is a Knight that we really don’t know a ton about. He’s mostly described as just another perfect example of a noble Jedi Knight and a good teacher. He’s also close Avar. It seems he fits in the “dad” role here. I like his look, and the crossguards on his saber look great, though unless they are beskar, I’m not sure how much good they would do. He’s certainly placed to be a straight-up heroic and noble character, which like Avar, is kind of boring. We will have to see what nuance they add to him. It’s possible that something happens to him with sets Avar on a dark path. (I know I’m pushing this Avar turns dark theory on nothing but a gut instinct). 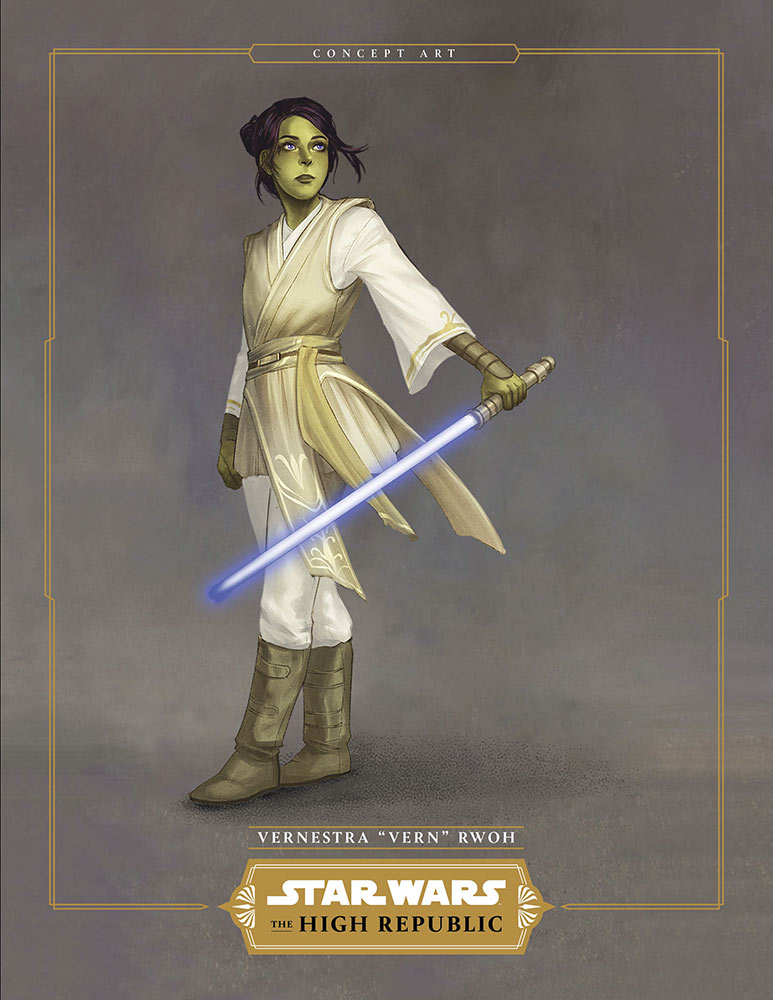 Vern is the baby of the group. At 16, she’s one of the youngest Jedi Knight ever, though she is newly raised. She used to be Gios’ padawan and is something of a prodigy. Now young, super-powerful Jedi that are given responsibility early on don’t have a great history in Star Wars. Anakin Skywalker, Jacen, and Ben Solo all had dramatic and catastrophic falls. So Vern is at some risk there. However, I don’t think that is what they are going for here. This seems more like an attempt to copy the popularity of Ashoka, another young, female, non-human Jedi who became super popular. If that can do that, great, as Ashoka is one of the best things to happen to Star Wars. Also, Vern seems to another likely audience POV character and is likely aimed at younger readers, giving them someone to relate to. This is again like Ashoka, though she became loved by fans of all ages.

These are just a few of the Jedi we are going to be dealing with in the High Republic (we know there is a Wookiee for one), but I like what I see so far. I know some people will likely complain that these characters are boring, or even pandering, and too good and perfect. For one, we’ve only gotten a few sentences about each; it’s not much to go on yet. But I think that’s the point; this is the Jedi at their height, they are supposed to be SUPER good. Taking these good people and running them through the wringer has a ton of great potential. Then you get to see them adjust, some will maintain themselves, some will die, and some will fall, you’ve got a lot of potentials. These are described as the “Jedi Knights of the Round Table,” another group of super perfect Knights at first glance that gets interesting as you dig into them and test them with quests.  I love the art as well and can’t wait to see what else comes, and I hope to see more non-humanoid Jedi for as well.

Let us know what you think of these new knights down in the comments! 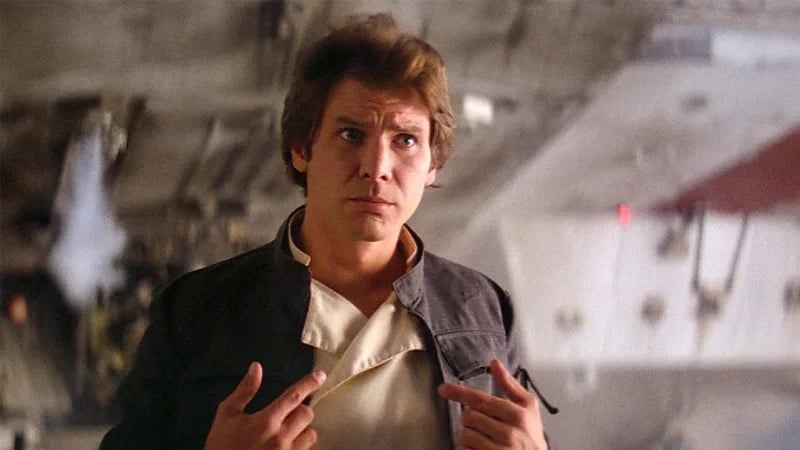