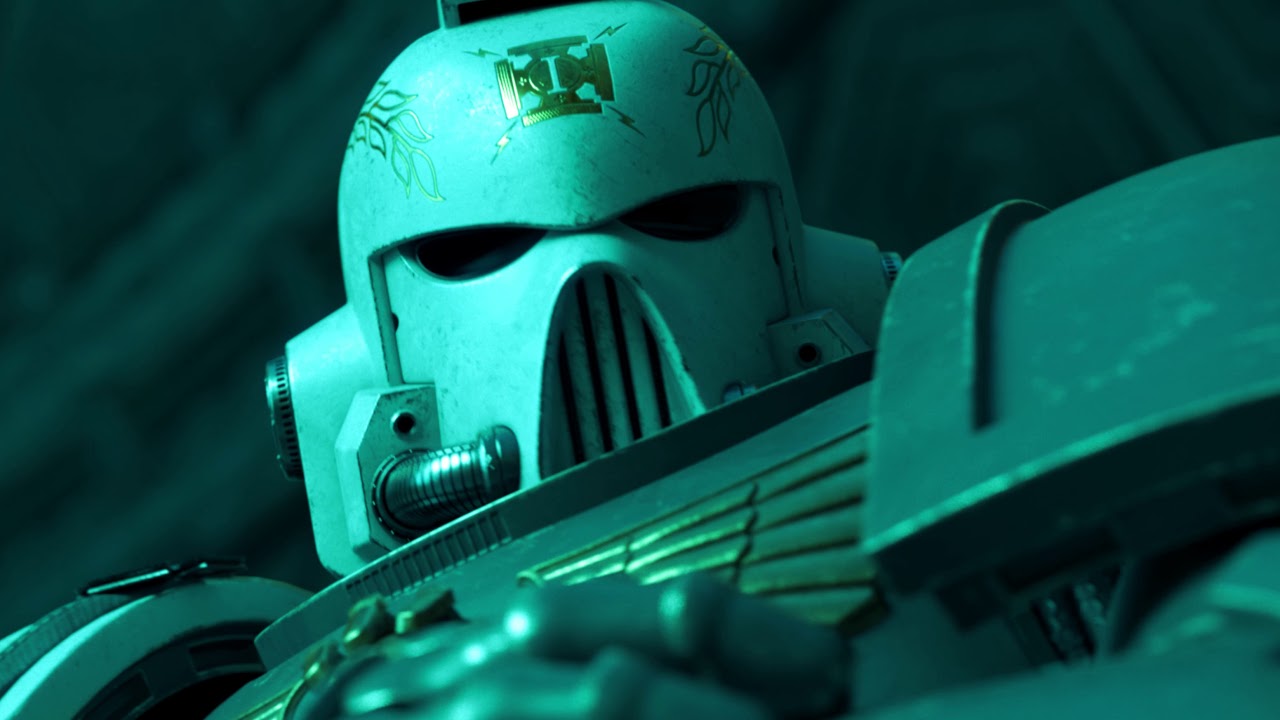 Things are getting metal in the newest segment of the awesome fan-project: Astartes. A band of Astartes uncover a strange artefact, then things get…bendy.

If you aren’t following Astartes, the 40K Fan Project that takes a beautifully animated look at the happenings in the grim darkness of the distant future, you should be. Because that’s how you know you’ll be up to speed on the latest episode, which dropped earlier today. If you haven’t seen it yet, brace yourself, because here it is.

Now there’s so much exciting stuff that happens in this episode! First of all, look at the detail on every last surface. When you see the closeup shots of the armor, you can see the scoring that shows it’s been through hundreds if not thousands of years of warfare, while the light plays off of the Inquisitorial filigree.

But then look at what our tactical team walks past… that big metal person, held together by snakelike wires–is that an interpretation of one of the Men of Iron? Wherever they are, it looks like they’re uncovering something powerful–something that lives elsewhere. The episode is full of that deep 40K mystery, which is what makes the setting pop for me. I know that the future is Only War, but once you start mixing in some ancient space wizard mystery nonsense, I’m all aboard. And that is exactly what happens here.

And at the end, after the Astartes have been…absorbed, that Valley of Thrones. So many Emperors, sitting astride so many Thrones–or is it something, or someone else? We’ll just have to keep watching to figure out what’s going on. But so far, I can’t wait to see what’s next.

If you’re interested, you can jump to the beginning of the saga below.

What do you think they found? Let us know in the comments!