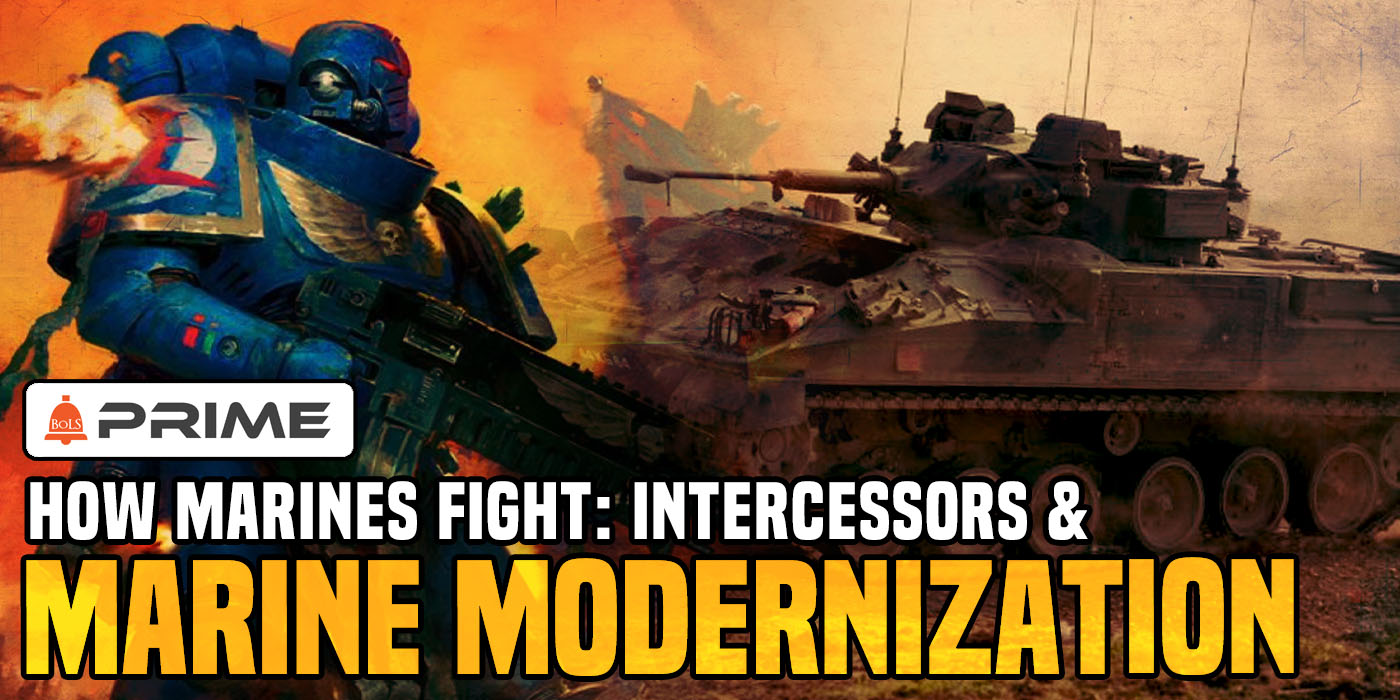 Today let's talk about how Cawl changed the ways Space Marines fight and its foundations in real-life war.

Space Marines are the center of Warhammer 40,000, and represent, for their size, the most deadly fighting force in the galaxy. They operate according to the Codex Astartes; itself built on lessons and the ways Space Marines have operated since the days of the Unification Wars. As such, Classic Marines (the pre-Primaris Marines) operate within some fixed guidelines in some precise ways.
Previously we've looked at how the Classic, non-Primaris, Marines fought and how that was heavily based on the armies of WWII. Today lets take a look at how Belisarius Cawl changed the way they fought, leading to a military renaissance. Also, we will look at WHY they fight the way they do, and at the real-world sources, the designers drew on in creating the Primaris Space Marine way of warfare.

And Then Along Came Cawl
For ten thousand years, the Imperium of Man teetered on the brink of annihilation, resisting by the barest of margins one calamity after the next. At the core of its resistance where the Emperor's Angels of Death, the loyal Space Marine Chapters who held the line. Originally they were designed to fight and win the Great Crusade, under the command of the Emperor and their Primarchs. In the wake of the Horus Heresy, they were reformed to fight a new war, though th...