40K Showcase: The Tale of Romeo & Juliet – A Grimdark Tragedy 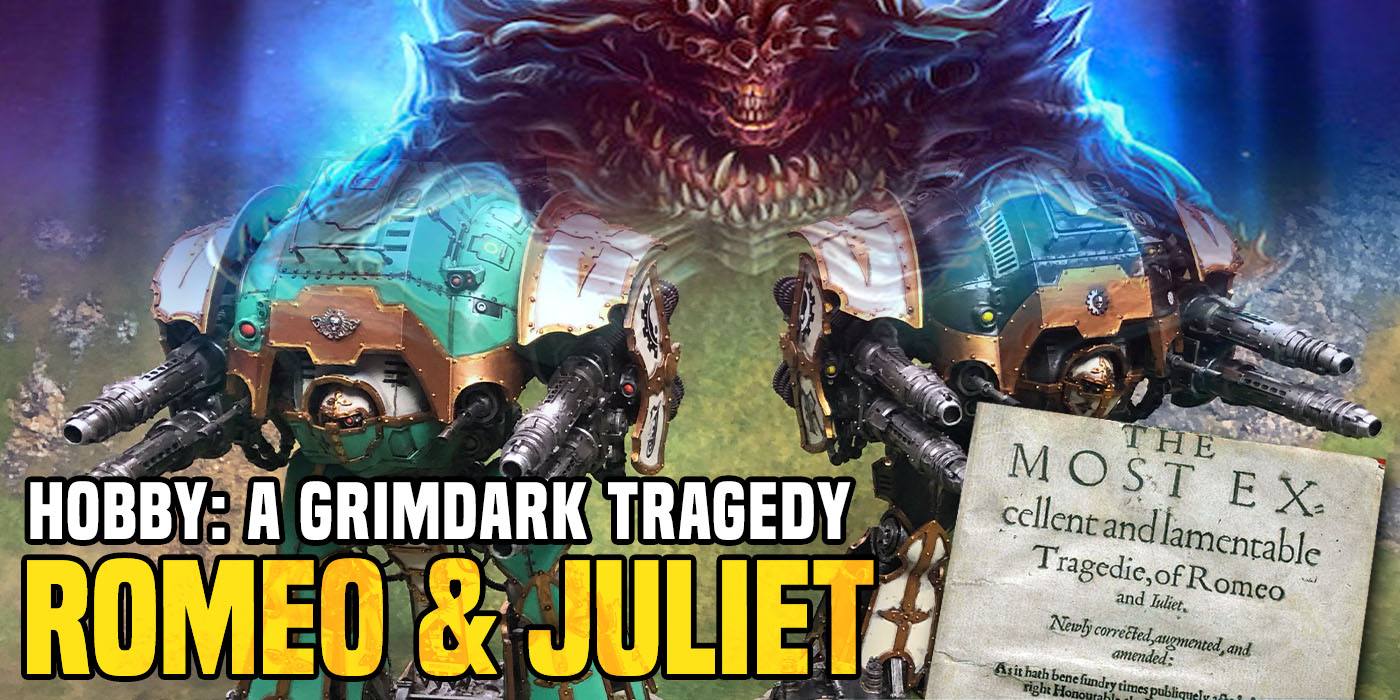 Today we look upon a theme army, a knightly pair of doomed lovers, and the cruel justice of the Ruinous Powers.

“Two households, both alike in dignity,
In fair Verona, where we lay our scene,
From ancient grudge break to new mutiny,
Where civil blood makes civil hands unclean.
From forth the fatal loins of these two foes
A pair of star-cross’d lovers take their life;
Whose misadventured piteous overthrows
Do with their death bury their parents’ strife.
The fearful passage of their death-mark’d love,
And the continuance of their parents’ rage,
Which, but their children’s end, nought could remove,
Is now the two hours’ traffic of our stage;
The which if you with patient ears attend,
What here shall miss, our toil shall strive to mend.”

This is a tale of two doomed lovers, from two noble houses. Brave Romeo from the Forge World of Agripinaa, fair Juliet from the Knightly House of Vyronii. Two young lovers kept apart by the binds of their homeworlds, and the complex traditions that keep the Knight worlds and the Forge World houses separate.

Yet still they met during an off-world parley and fell madly in love. Echewing the commandments and misgivings of both their Houses, the pair met in secret with the assistance of friends and servants. Tempers flared between their Houses and several members were lost in honor duels. Their parents decided it best for the parley to end and both parties return to their homeworlds. 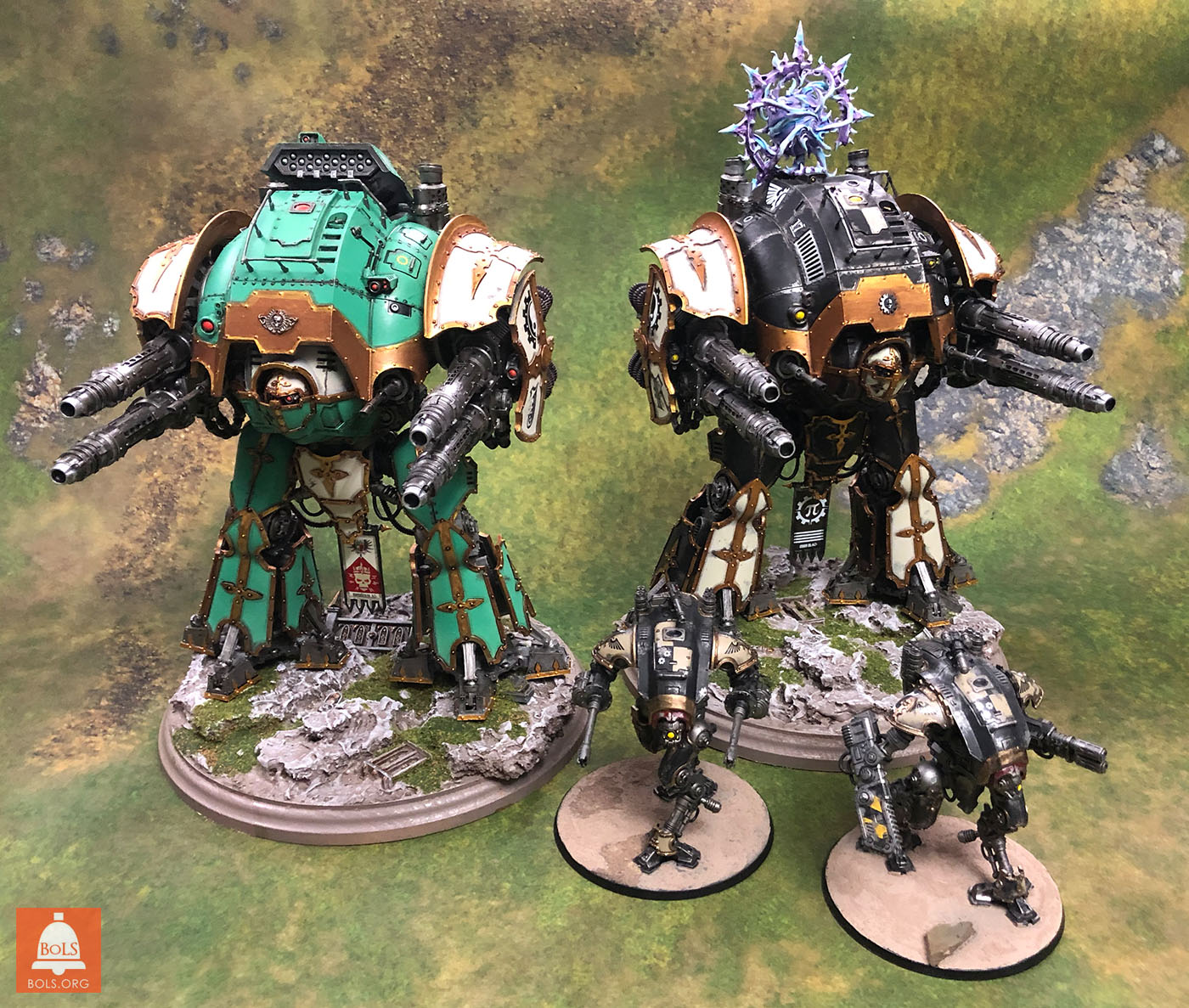 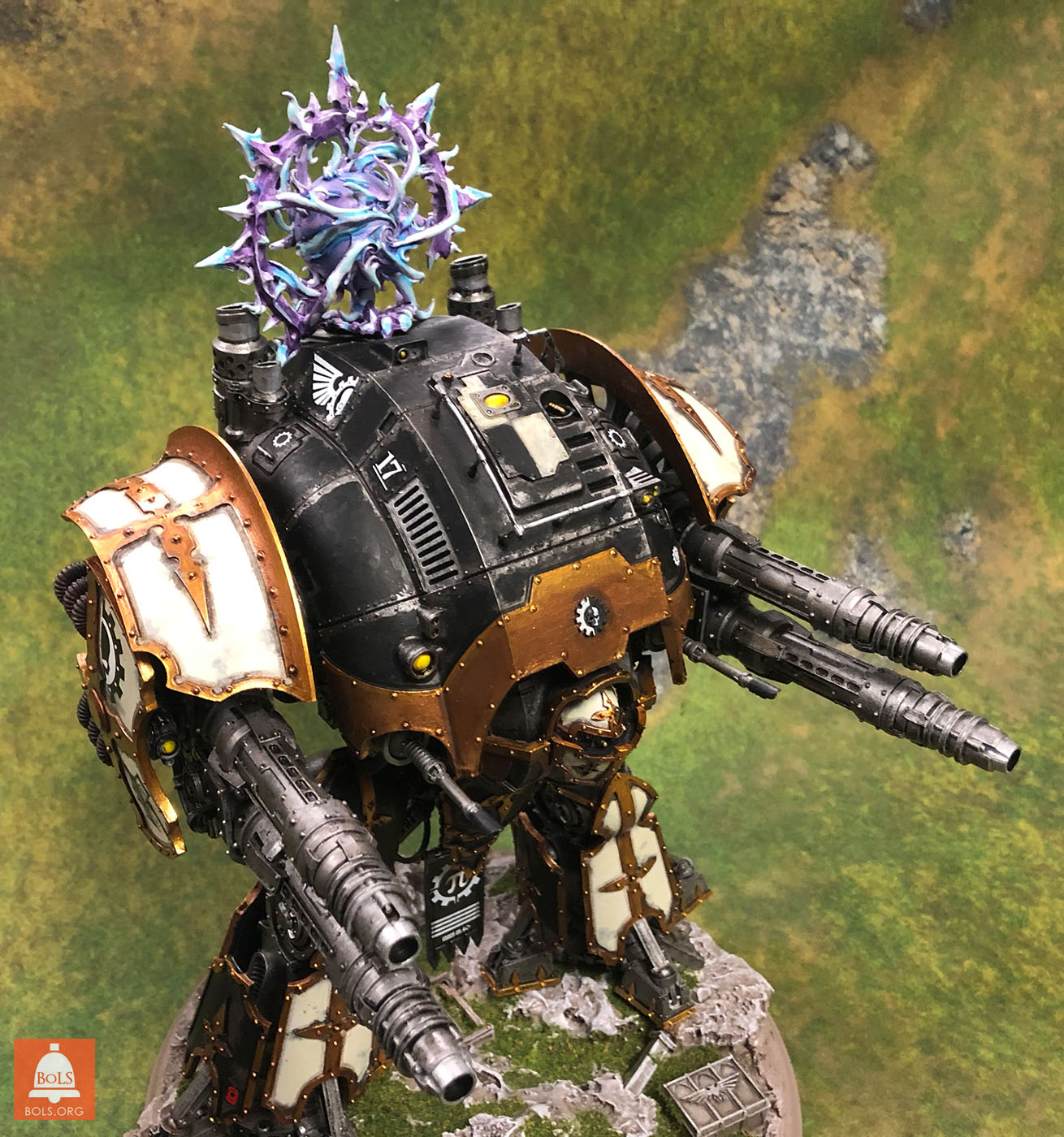 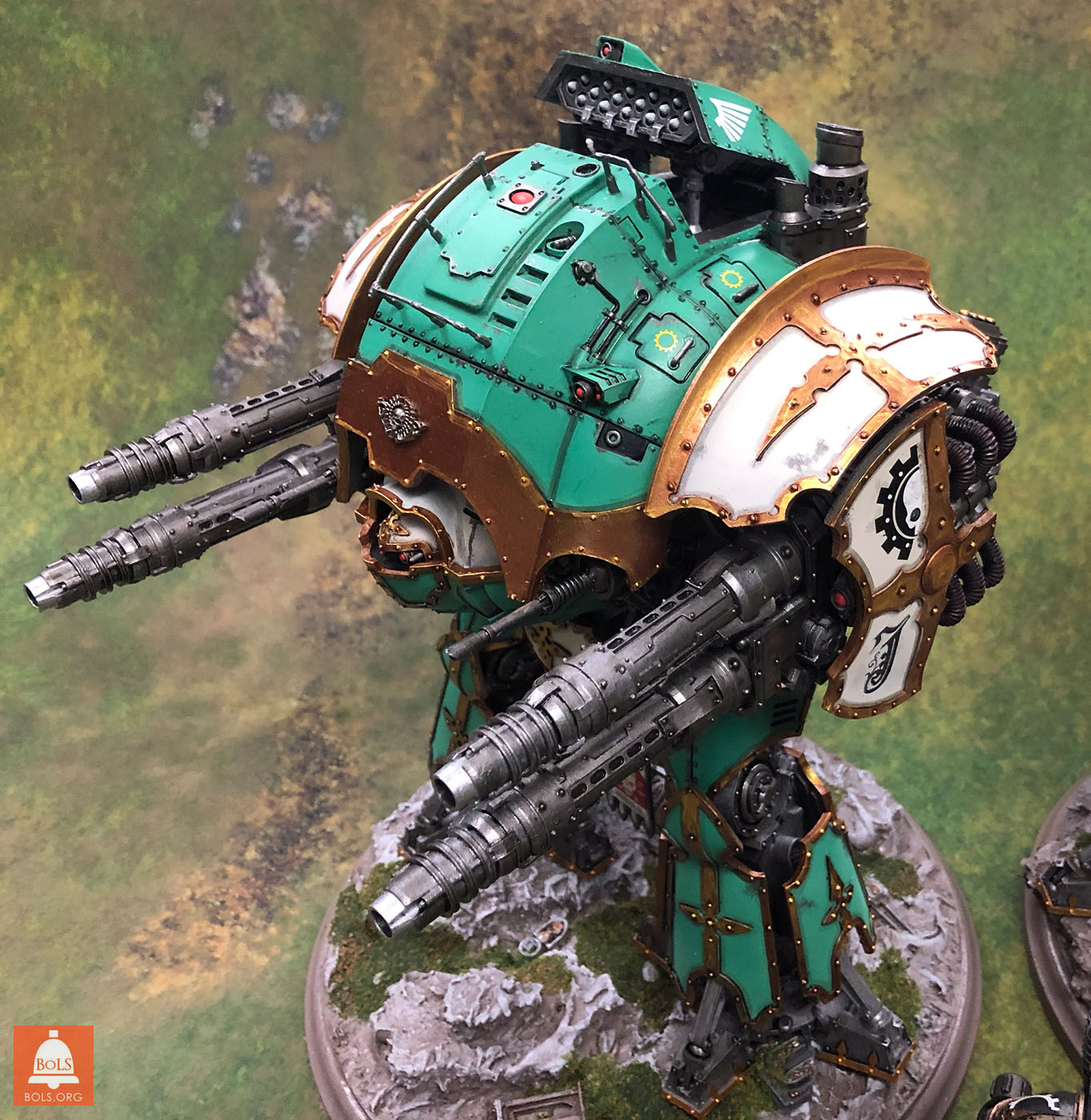 The lovers hatched a plan to escape and live their lives together. They hid plotting where no one would expect – within the ancient honor suits of both respective houses, Porphyrion suits of their parents. But alas, the lovers were discovered before they could flee. In the passion of youth, both merged with their Throne Mechanicums and set to fight their way to freedom. Assisted by Benvolio and Mercutio of Agripinaa, the lovers pushed to escape their families who sped to stop their plan. Juliet, driven to madness by the disapproving family memories of her Throne Mechanicus fell first. In his anguish Romeo moved to her and overloaded his Throne Mechanicus – killing himself with the piercing psychic wounds of his house’s unforgiving past rulers. Yet Juliet lived still. Roused by Romeo’s psychic howl she reawakened, saw his state and in a final act of anguished defiance destroyed both house’s Porphyrion suits in a flash of plasma reactor fire.

Both families arrived at the scene and were overtaken by the sorrow of what their intolerance had set in motion. Yet in the Warp, the Changer of Ways saw opportunity. The psychic anguish of the lovers was so strong and pure – it would not be easily dissipated. Thus did Tzeentch sweep down into the material universe and sweep the lovers and their attendants up, setting them on a new Twisting Path.

Now Romeo and Juliet are doomed to repeat their final moments upon battlefield after battlefield for eternity. Romeo with a whirling ball of raw chaos, the sigil of Tzeentch upon his back will appear alongside Juliet. Benvolio and Mercurio stand near, and all around their enemies seeking to end their love. Inevitably they both fall, casting out cries of anguish for lost love that haunt all hear it for the rest of their lives. They do not know that they are swept from battlefield to battlefield, eternally being placed in opposition to the proud inflexible forces of the Imperium; welcome if unexpected support for forces of Chaos throughout the galaxy. They only see their families around them and stab out with whatever destructive power they have to protect each other in their final moments. 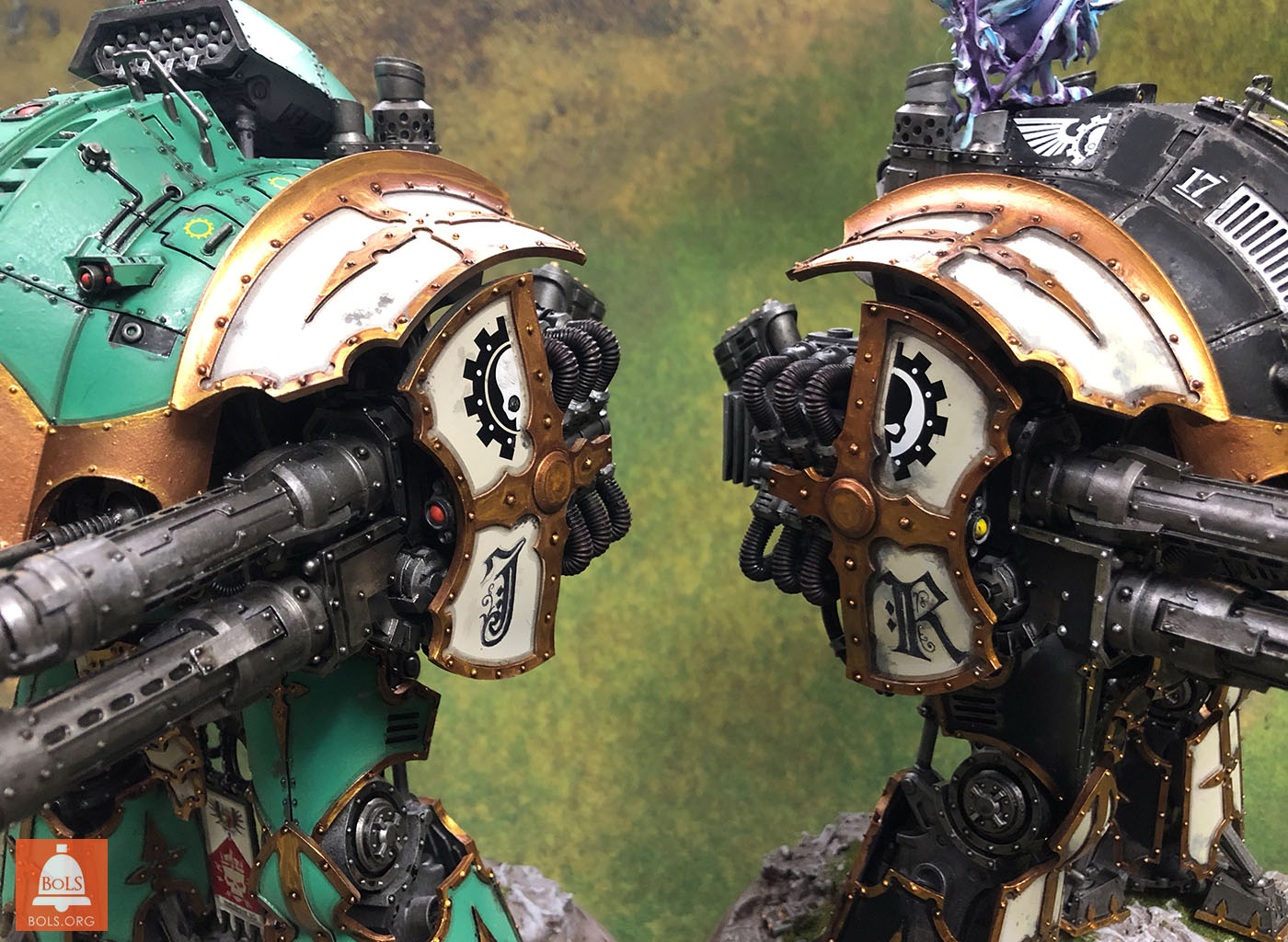 Thus has the Changer of Ways preserved for all time the purity of love, while inflicting a painful sting on the haughty Knightly Houses of the Imperium. Now it is they who must face the consequences of their cruelty to their own children. 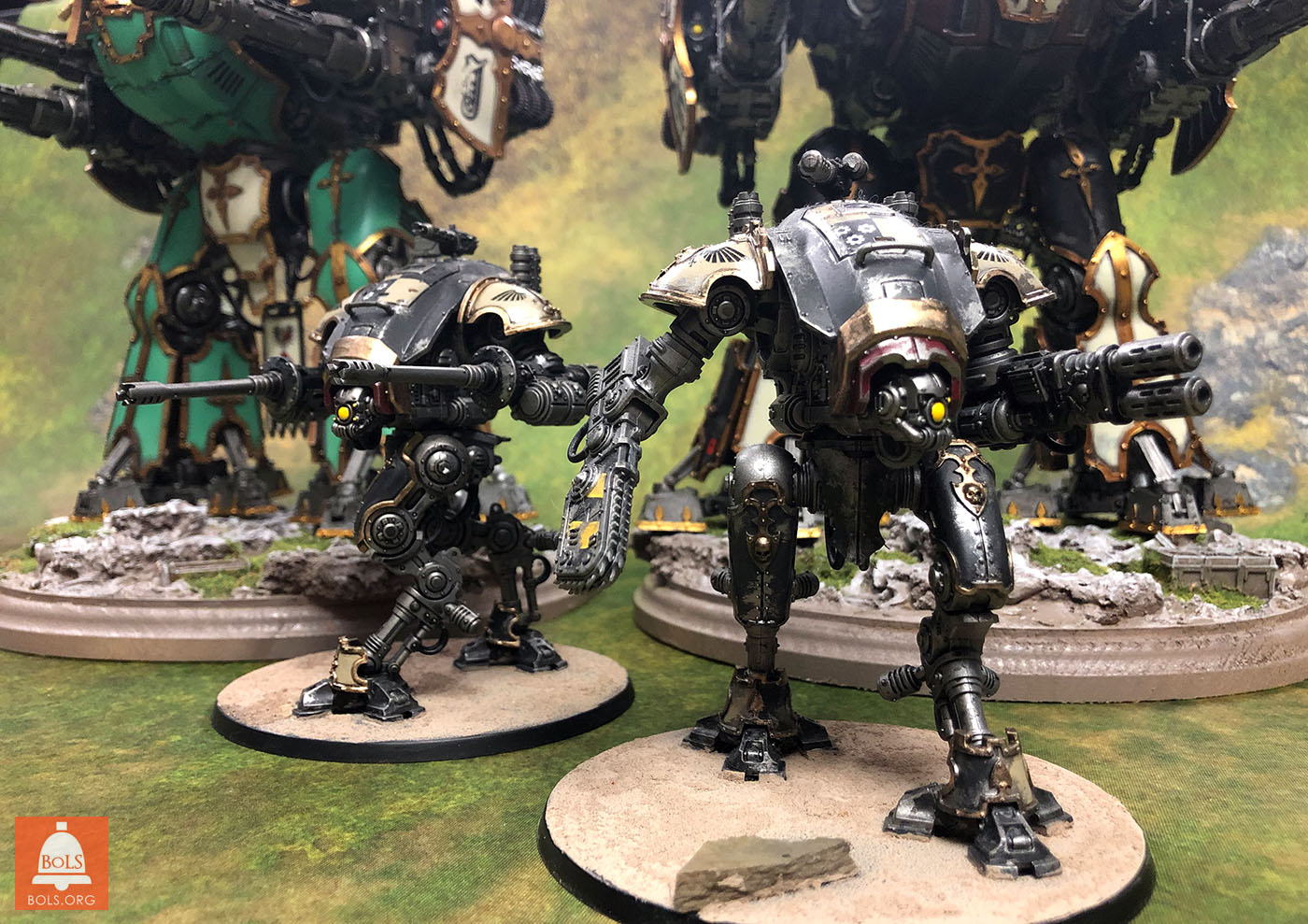 You too can recreate the doomed lovers on your tabletop. 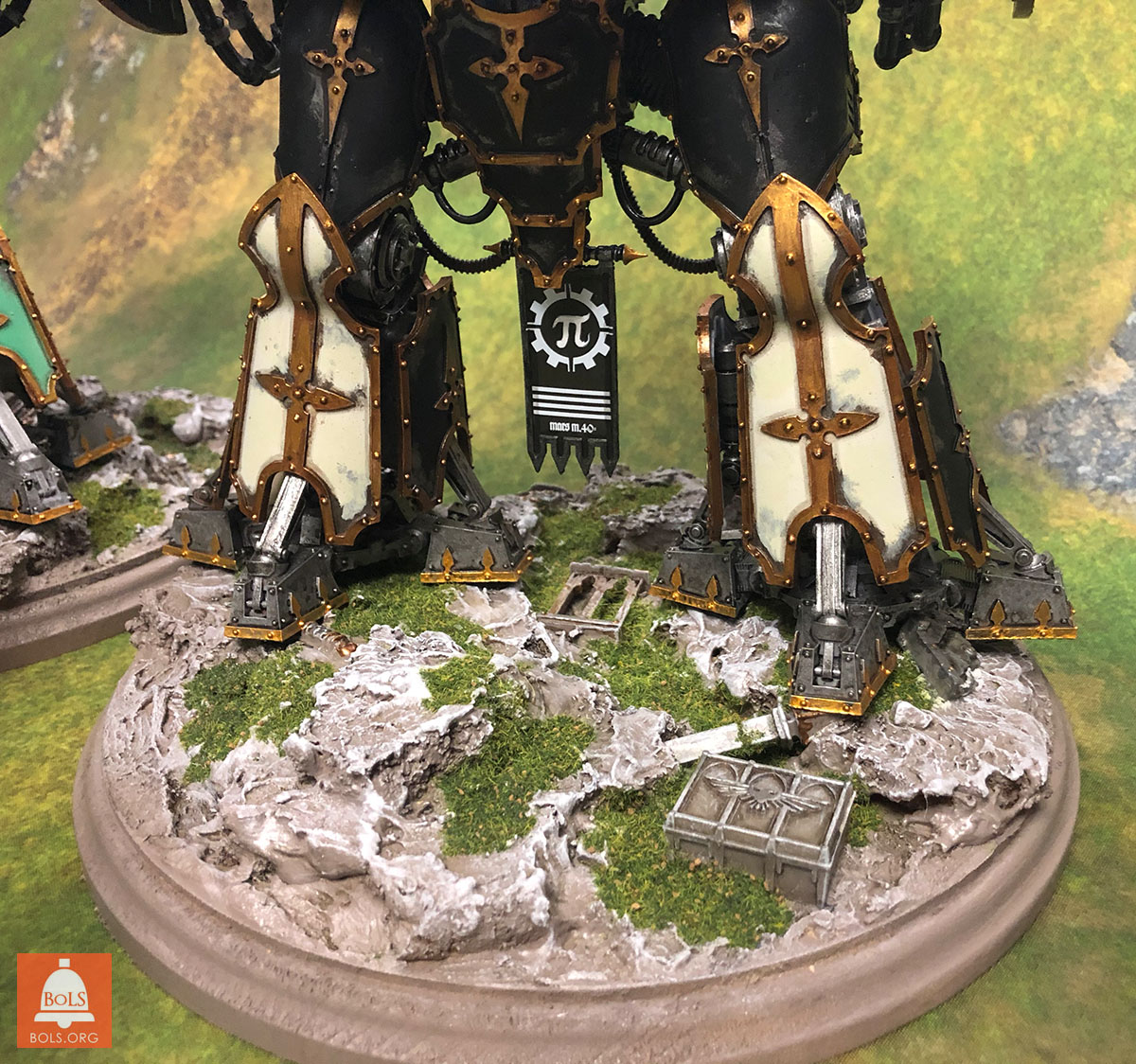 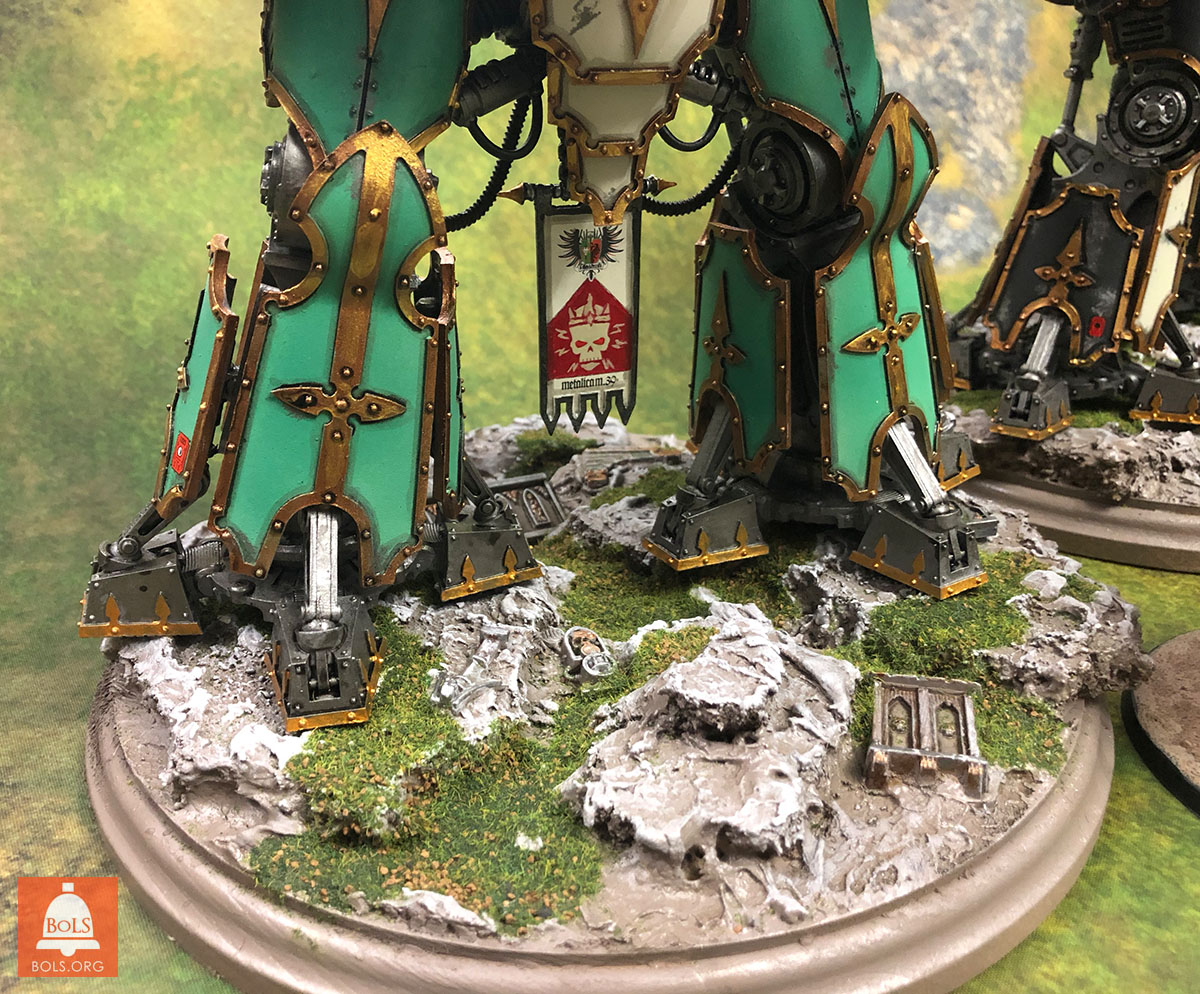 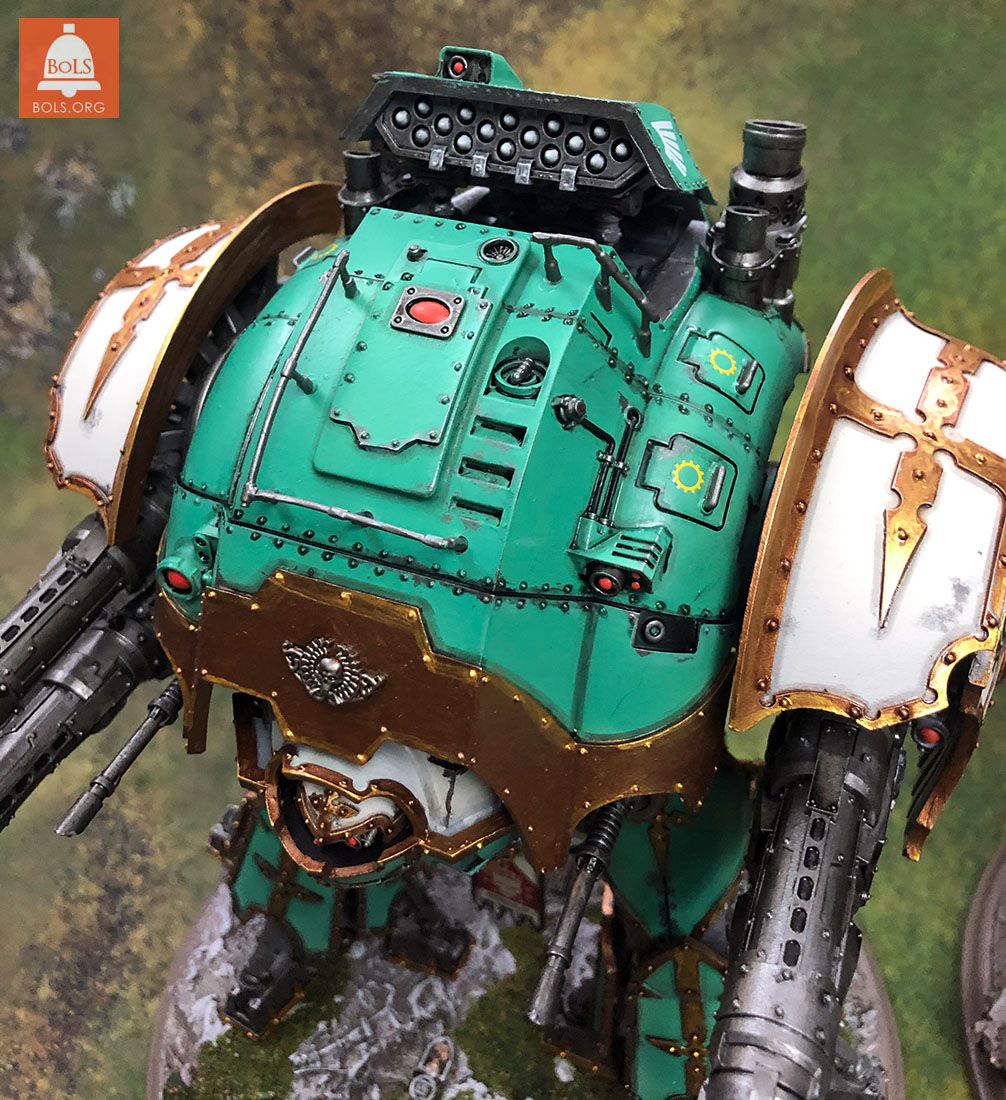 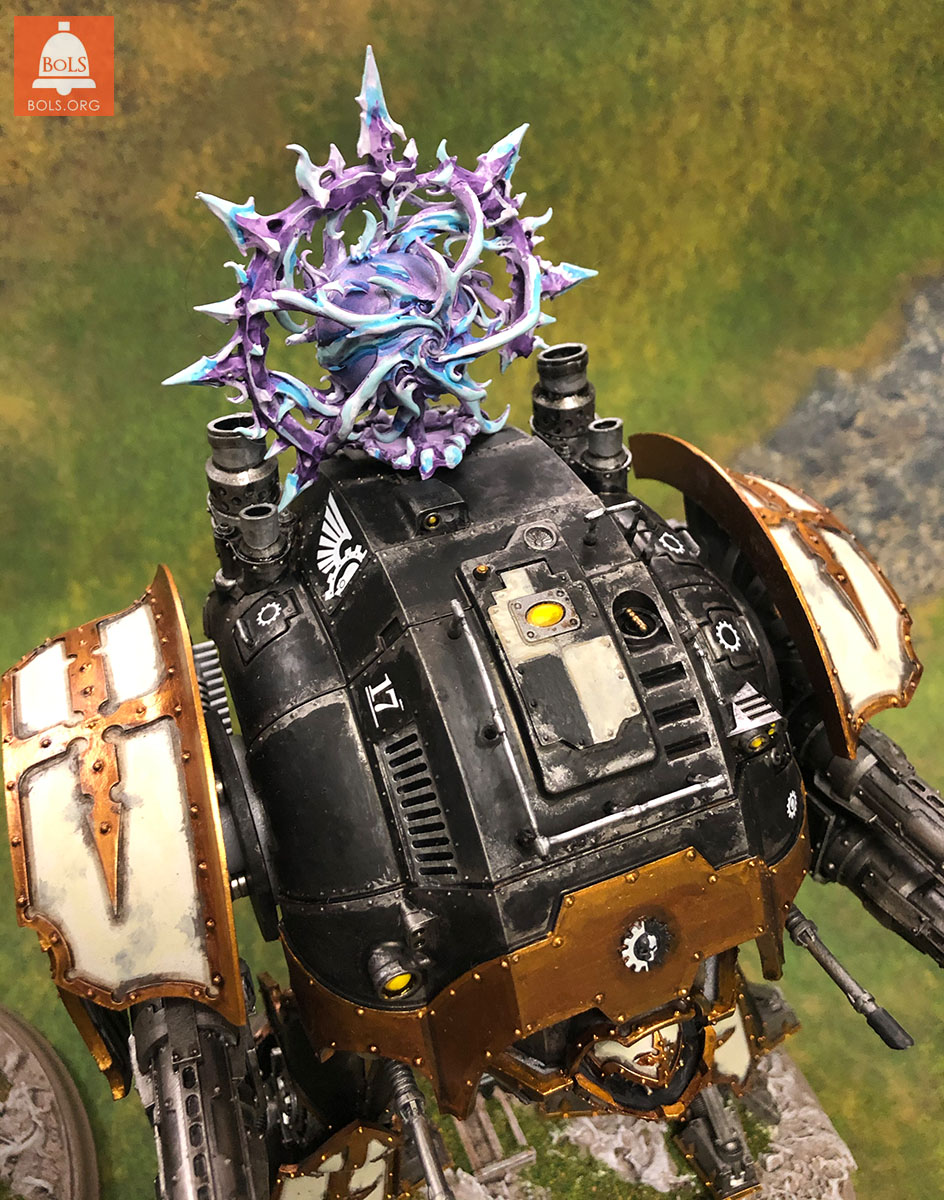 “A glooming peace this morning with it brings;
The sun, for sorrow, will not show his head:
Go hence, to have more talk of these sad things;
Some shall be pardon’d, and some punished:
For never was a story of more woe
Than this of Juliet and her Romeo.” 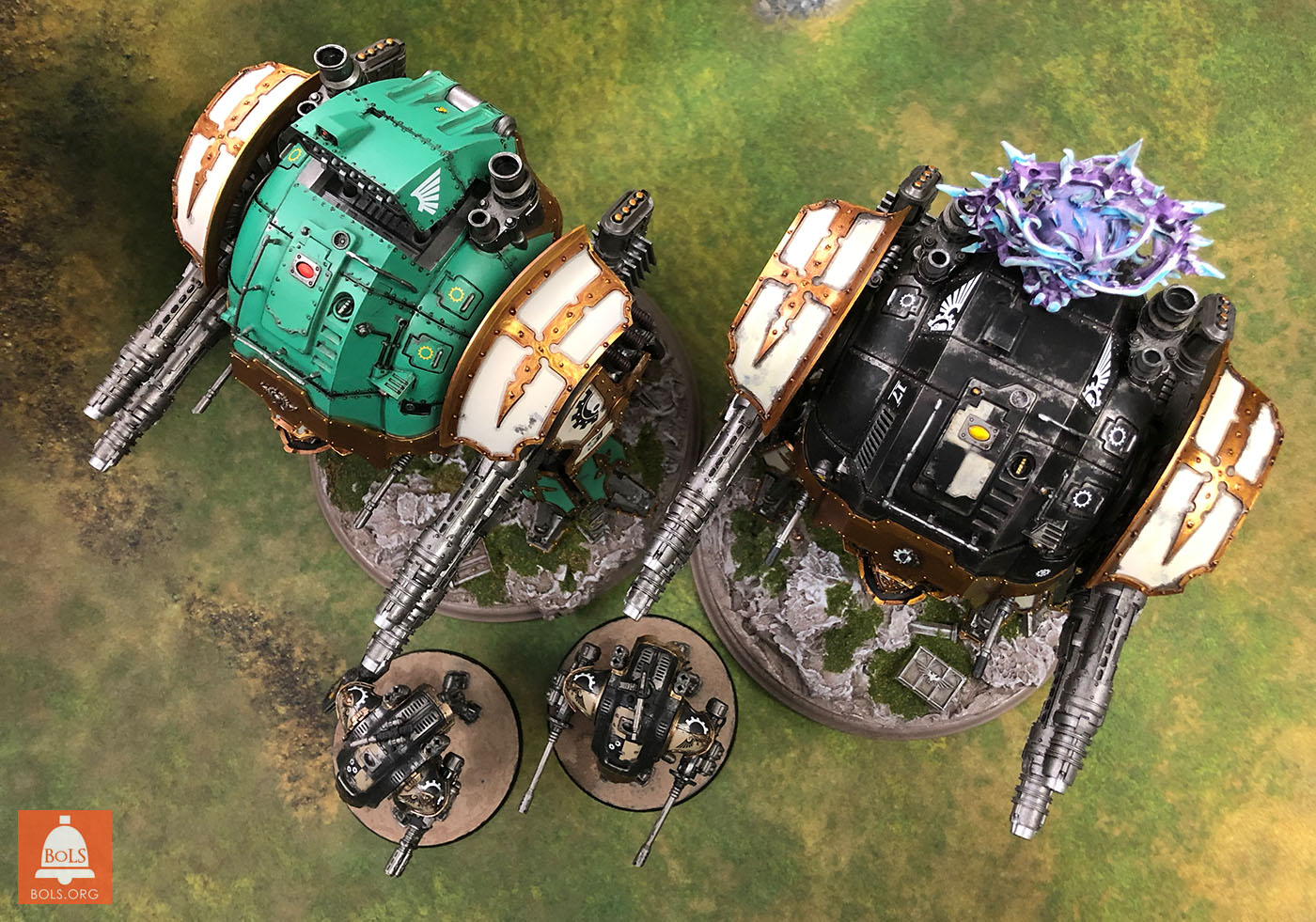