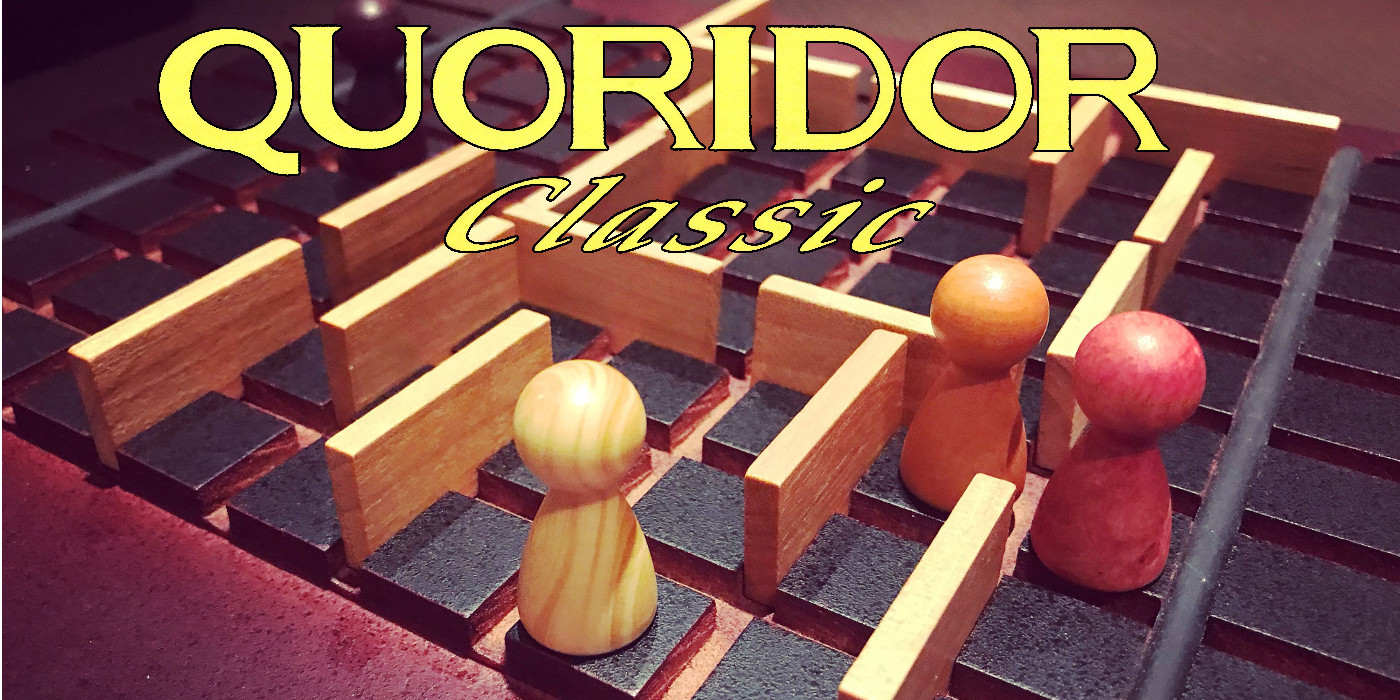 With only 2 rules to know and 2 options on your turn, is it possible it make a complex strategy game? Quoridor proves it’s possible.

Quoridor was initially released in 1997 but it has since received many reprints throughout the years, most recently in 2016. It survived for about 20 years in relative obscurity, even though it’s won the Mensa Select award in 1997 and the Games Magazine Game of the Year award in 1998. 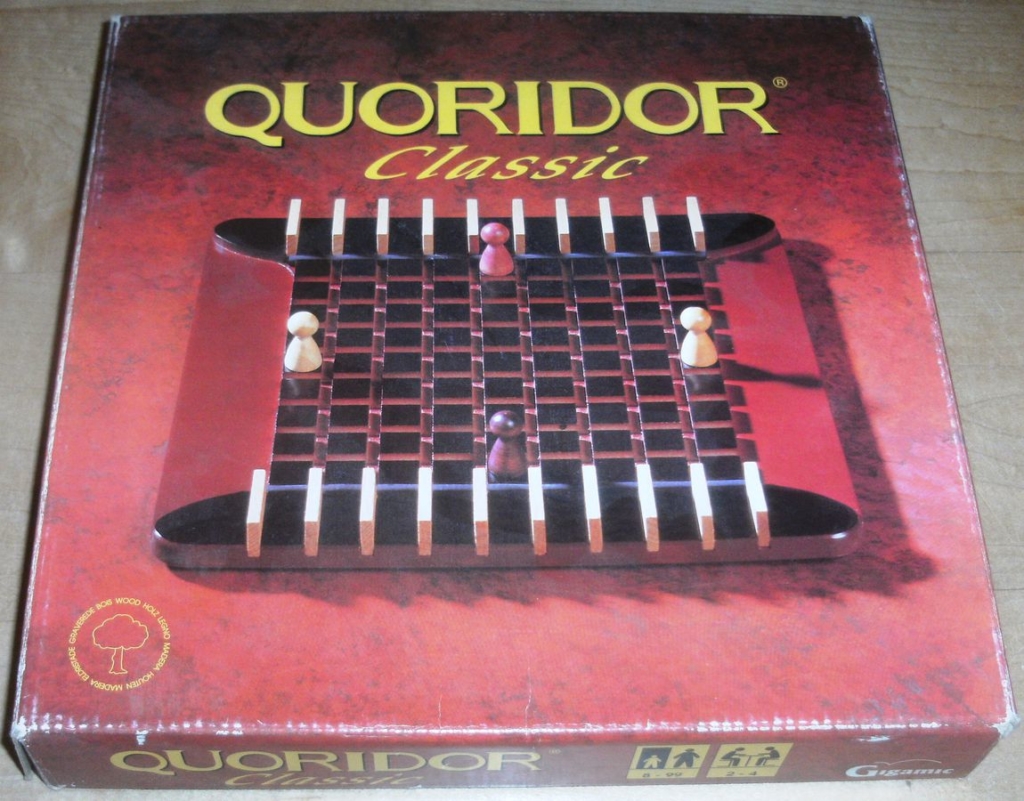 The game can be played with 2 or 4 players, but the objective remains the same regardless: get your pawn to the opposite side of the board.

During each player’s turn, they have 2 options: move their pawn 1 space vertically or horizontally, or place a wall anywhere on the board spanning 2 spaces. The only other major rule is that you can never place a wall in such a way as to completely cut the board in half, making winning impossible.  Every other rule is minor tidbits about moving while adjacent to another pawn and such, but ultimately, that’s all you need to know to play. 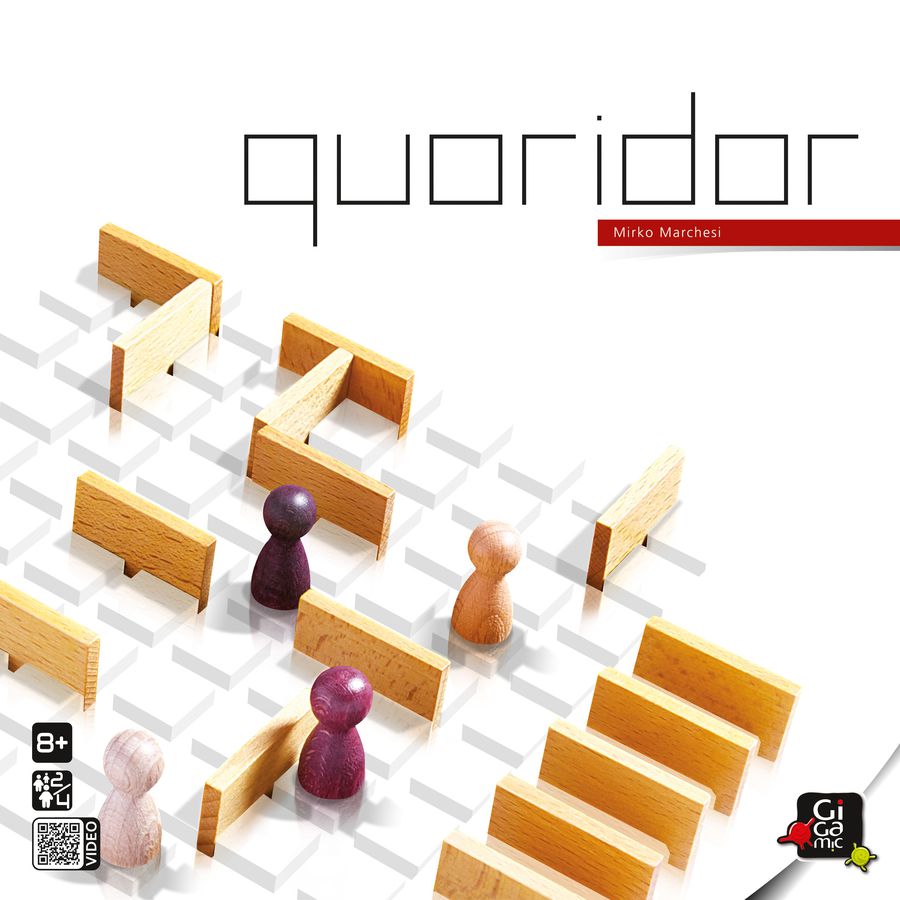 Quoridor is a game of 2s. 2 minutes to setup, 2 rules to know, 2 options on your turn. It’s incredibly simple to teach and understand but far more complex than you’d expect. You might be thinking, “Easy, I’ll just cut off my opponent and make then have to maneuver this huge maze. But you will also have to them maneuver through the maze of your own creation. Plus, they will be building walls as much as you are. And each turn you spend building is a turn spent not moving. 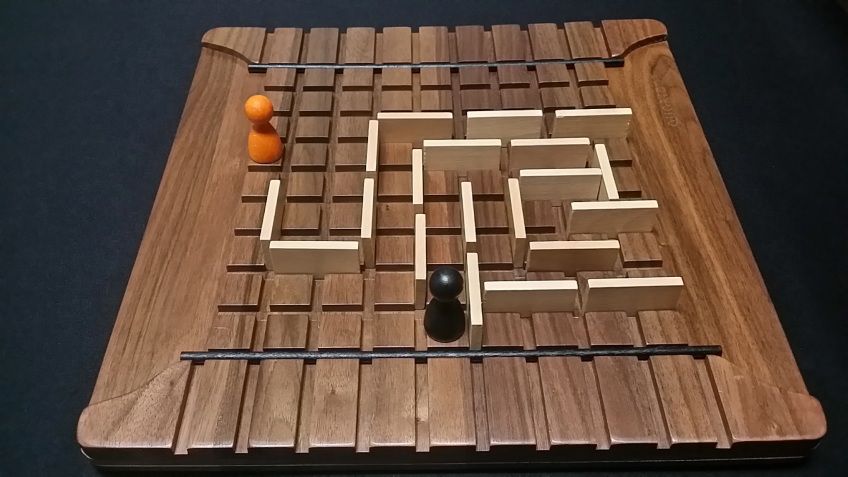 Perfect example of ‘build too much, move too little’.

The strategy with Quoridor builds on itself the more you think about it. What seems like such a simple and easily exploitable game quickly exploded into tactics and strategy and mind games. Thanks to multiple republishing, its so easy to find and absolutely worth adding to any strategy game collection.

If you’re curious to give it a try, you can play online against a computer by clicking here.