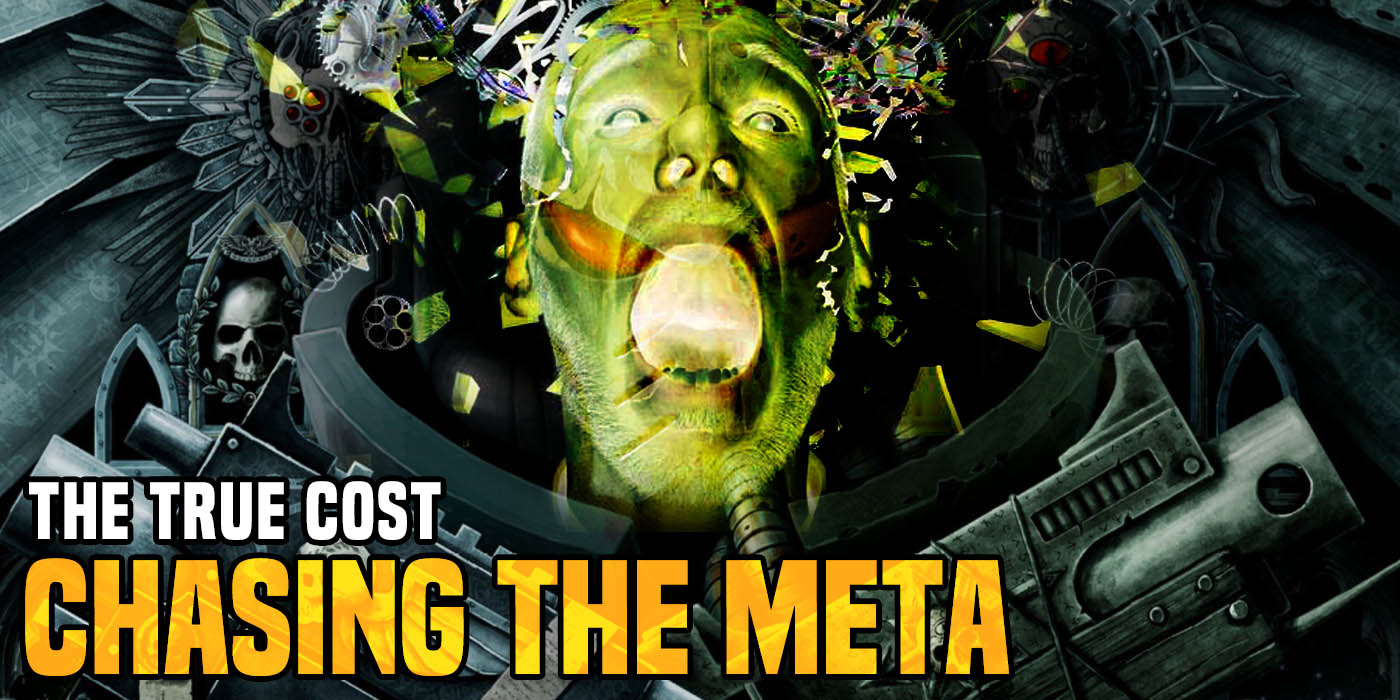 For those who want to really chase the 40K meta, the costs go beyond what you think.

For a majority of  players, they want to win. In any contest between two people there will usually be a winner and a loser. Even in non Match play, and just friendly games, someone wins. One saying I enjoyed from my soccer days was “Friendlies are never Friendly”. So even if a non competitive game, there is still someone that ends up as the winner.

Down the Rabbit Hole

The feeling to get an edge over your buddy, among other possible reasons, leads a player to start looking at successful army builds. This search could be as simple as asking you gaming buddies. If they really want to take a deep dive then they could start joining Facebook groups for their particular army, or just general 40K groups, and ask for advice there. Once this starts, you begin going down the rabbit hole of an arms race in the miniature world. This week I’ll list a few consequences that could result from chasing the meta, or as I sometimes call it “chasing the dragon”. A reminder that this list is not absolute and there are some other consequences, both good and bad, so be sure to list them in the comments below.

Some people have called the game a game of Buyhammer, or “Pay to Win”. The cost of the models  make some people think that the only way to have a winning army is to have the money to buy those necessary models. Nowadays there are a few ways to get the necessary models at a lower cost, so the hobby is not as expensive as it could possibly be. When chasing the dragon, it can become more expensive than normal. Due to the rapid release schedule that Games Workshop has been up to lately, there could be some needed changes for your army almost every month or two. These could require to buy models as soon as possible since they could become unavailable very quickly. This could also cause you to want to buy 3 of every unit for your army, just to be sure. If you play multiple armies, or jump from new hot army to new hot army, then the cost increases significantly. There is also the issue of using the recent phenomenon of paid coaching services. They have different costs and benefits so your cost will be different depending on the plan that you sign up for. 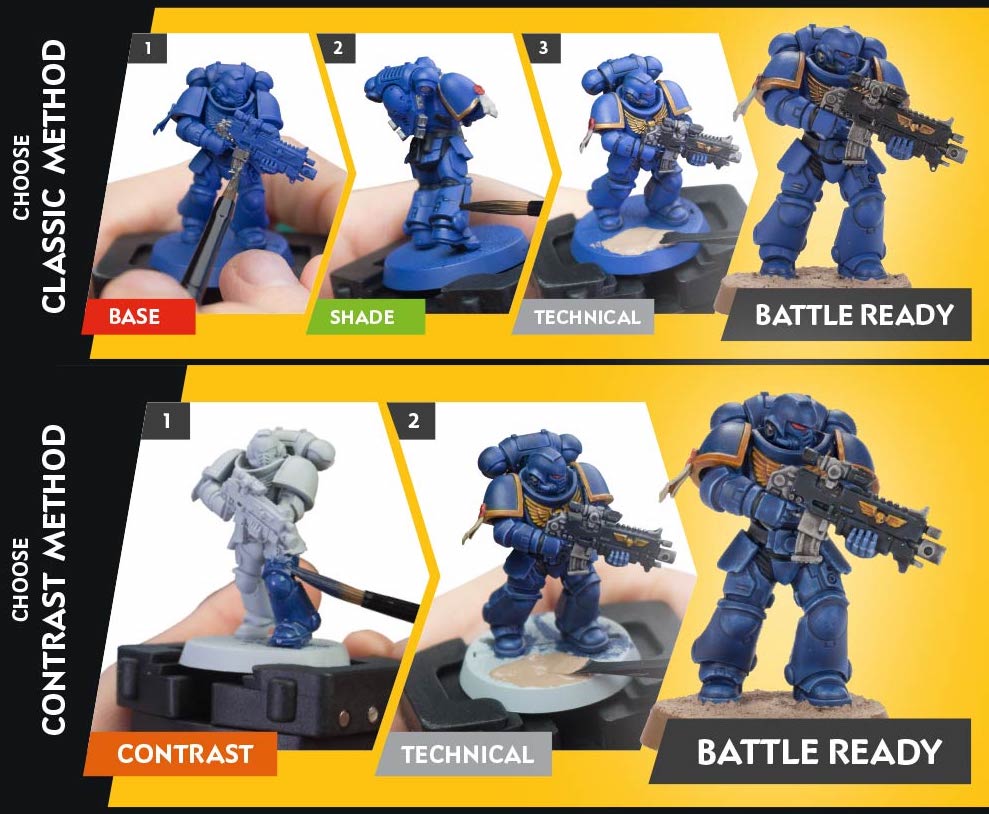 This really does depend on your ability, or drive, to hobby. As you switch from unit to unit, or even from army to army, as the meta continually evolves, a lot of models will need to be worked on. Building the models is not an issue if you enjoy doing that part of it. Once you know how to put a model together, doing the other two, three, or one hundred,  should be faster. Although you start building models faster it can become rather tedious building the same models over and over again. Some players may start to take shortcuts in building the model, have someone else build them or even just buy the models already built. As we move on to the painting side this is usually where you will see a use of shortcuts or just the bare minimum. most events just require a 3 color minimum and plenty of players, in order to get their armies ready in time, do just that. In the pursuit of the “Dragon”, players many time sacrifice quality over quantity. This results in models that, although meeting the minimum for that event, do not showcase the hobby in a good light. This can easily be rectified if the player pays someone to build and/or paint their army for them, but then that points back to the money issue.

This last point is really up to the individual. If you decide to really get into the competitive side, then be prepared for some added stress, both during your games and outside your game. We all have some type of stress and we all have different stress levels. There are different effects of stress on your mind and body. There have been many stories from players of their opponent doing some shady things once they became stressed out to the fact that they are losing or about to lose the game. We have recently seen this on twitch streams where players make questionable decisions because of the stress of the game. There are those that can manage their in game stress so become better players. The key to this is to be able to identify what triggers your stress levels and look for ways to mitigate how those actions affect your stress level. This includes things that happen outside the game, whether its at the event when seeing who you have to play, or at home trying to get your army ready for the event. Managing your stress level can easily help with getting positive results from your games, win or lose.

~Well, that’s all for this week. I hope you enjoyed the article. let me know what you think, and what you think are other issues when chasing the meta, in the comments section below.