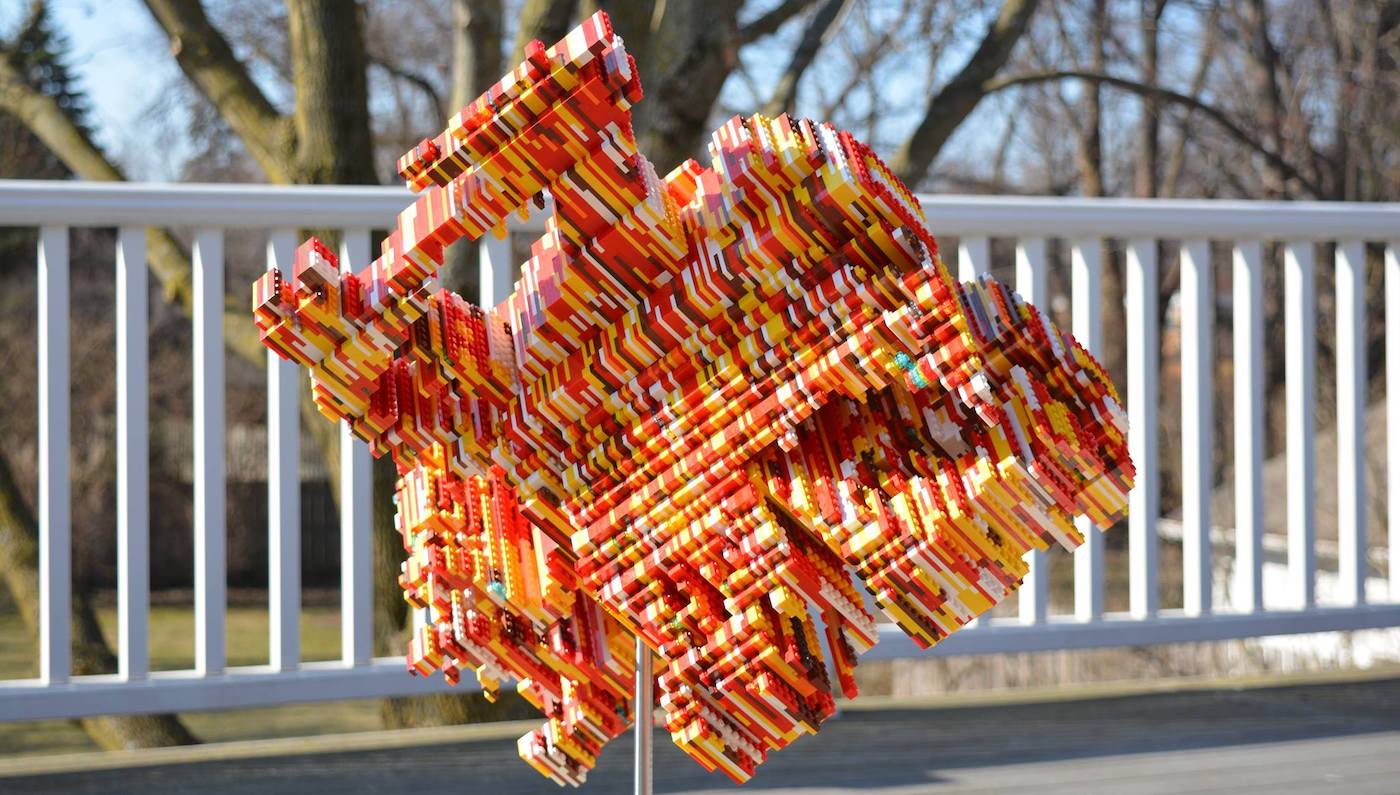 These magic angle sculptures made of Lego prove that looks can be deceiving.

John V. Muntean has worked in wood, metal, and 3d printed plastic; creating works that throw the shadows of people, animals, and mythical beasts. He’s also built them out of hundreds or thousands of Lego bricks. When you look at the sculptures themselves, they just look like these colorful, 8bit blobs of bricks. I think they look pretty cool on their own, but there’s more to them. The magic happens when you shine a light at them at the right angle.