40K: About The New Morale Rules 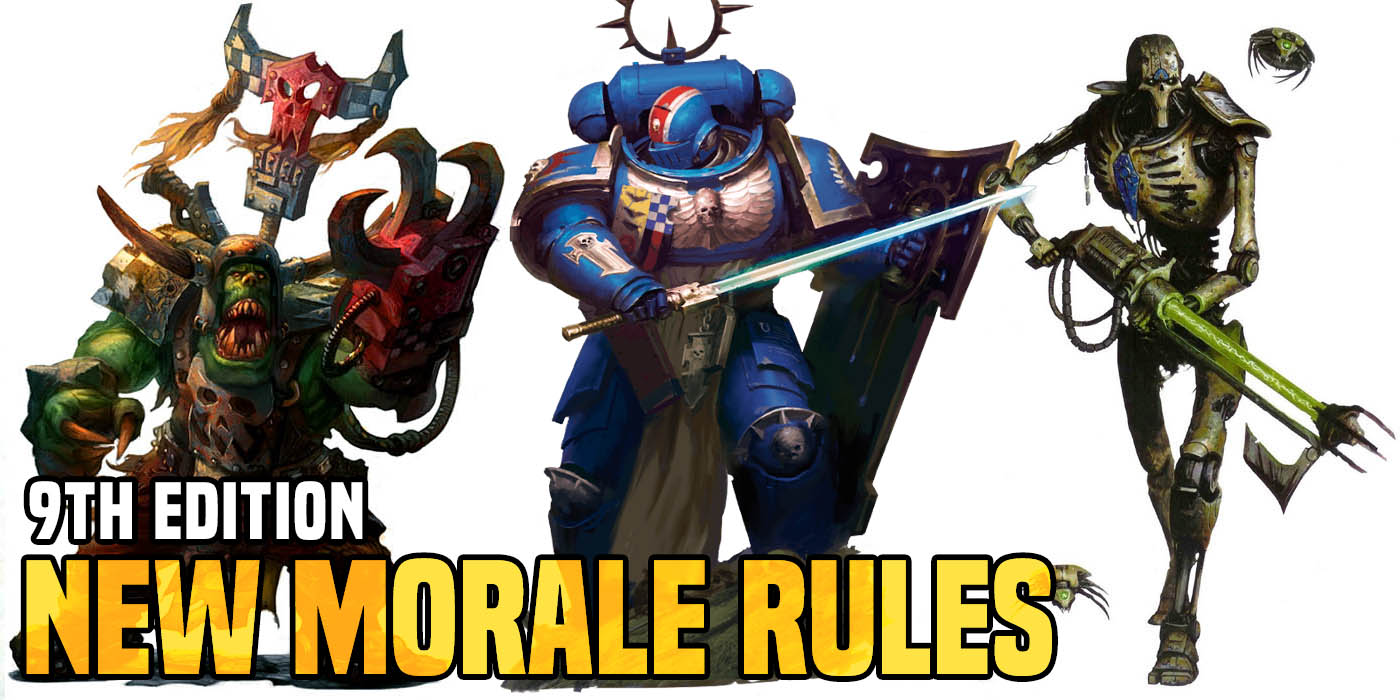 Adam, from TFG Radio, here to talk about 9th’s new Morale rules and what it could mean for you in the competitive scene!

Once again we are beset by a number of changes to the game.  Depending on the army of your choice, some seem good for your army and some seem not so good for your army. One of the things that seemed to surprise people was the new way morale will be working in the new edition. This week we will be looking at how the new version will work and on how it could affect both large and small units in the game.

How it Works Now

Currently, the number of wounds you lose greatly affects your roll for morale. If you took any casualties in any phase you would roll a d6, adding the number of models that were removed, and compare it to your leadership value. The difference between the roll and the leadership value determined how many additional models were removed. If you took enough casualties, you could lose the remaining models in a squad due to failing the morale test. Many times you would automatically fail the test because you lost so many models. The way morale works in this edition really benefits smaller squad sizes, unless a player had a way to mitigate their morale.

As a result, you would see a lot of armies with the bare minimum sized squads so that they would not have to worry about morale too much. Even with units and rules that could affect a unit’s leadership, many times it didn’t matter, as they would have some type of reroll or special rule. 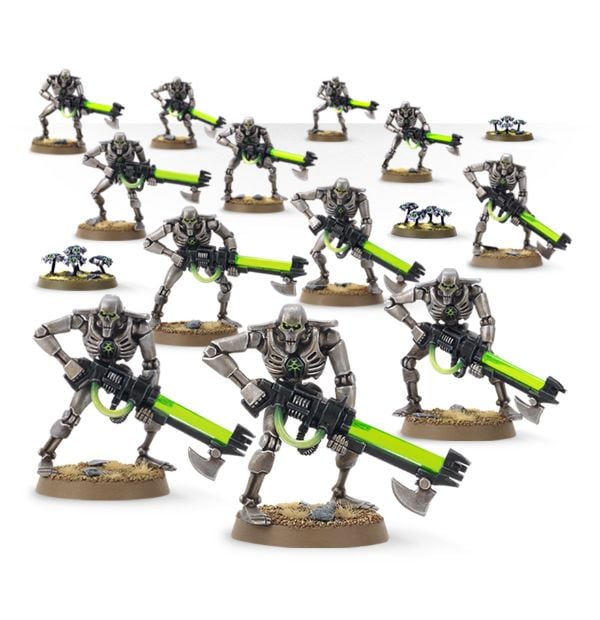 How It Will Work

From what we know so far, morale is changing slightly but in somewhat a significant way. As before, you still take how many casualties you took, roll a die, and compare it to your leadership value. The difference is that if you roll higher than your leadership you only remove one model. You do not have to remove an additional 10 models anymore for your horde army. There is another rule though. The extra rule is that you role a D6 for each of the surviving models in the units and on a 1 that model is removed. This seems bad at first glance. Rolling additional dice to possibly remove models seems like it would be bad for an army with large units. We haven’t seen this mechanic in action just yet, but some people have run the numbers and the losses to the unit would not be as bad as the current edition causes. In fact, it might actually be something that smaller units will have to worry about. Speaking of which, lets see how things could pan out for some units.

We got plenty of friends

How it Will Affect Units

So the real question is how the new morale rule will affect some of our favorite units. Ork Boys are a good example. Most Ork players take large mobs of boys to supplement some of the other hard hitting units in their army. We all know that they will suffer from weapons that have the Blast special rule, so casualties will be high. So far, although we have seen their faction focus, right now they can still use their special rule that let’s them mitigate their leadership issue when taking a lot of casualties. This will usually mean that the boys will still have a high leadership if other large units are nearby. Even if they somehow fail a leadership test, on average they shouldn’t lose as many boys and should still be in good shape to continue the fight. On the flip side we have units that people take in small sizes, like Space Marines or Custodes. Even at the max size, they are at a disadvantage with the new morale rule. If they lose enough models so that they can fail a morale test, they will lose at least 1 more model with the potential of losing the whole squad with an unlucky roll of the dice. What this means is that those players will have to choose carefully when building their army. For me the question is, “Do I just go with the minimum of Chaos Space Marines? or do I go with a full squad of 20 just so I can make sure I have a squad that can do what needs to be done through a hail of fire?” This is something to think about as we head into the new edition.

~Well that’s it for this week. I hope you enjoyed the article and it gave you something to think about. Let me know what you think about the new version of morale, and how you intend to deal with it, in the comments section below.