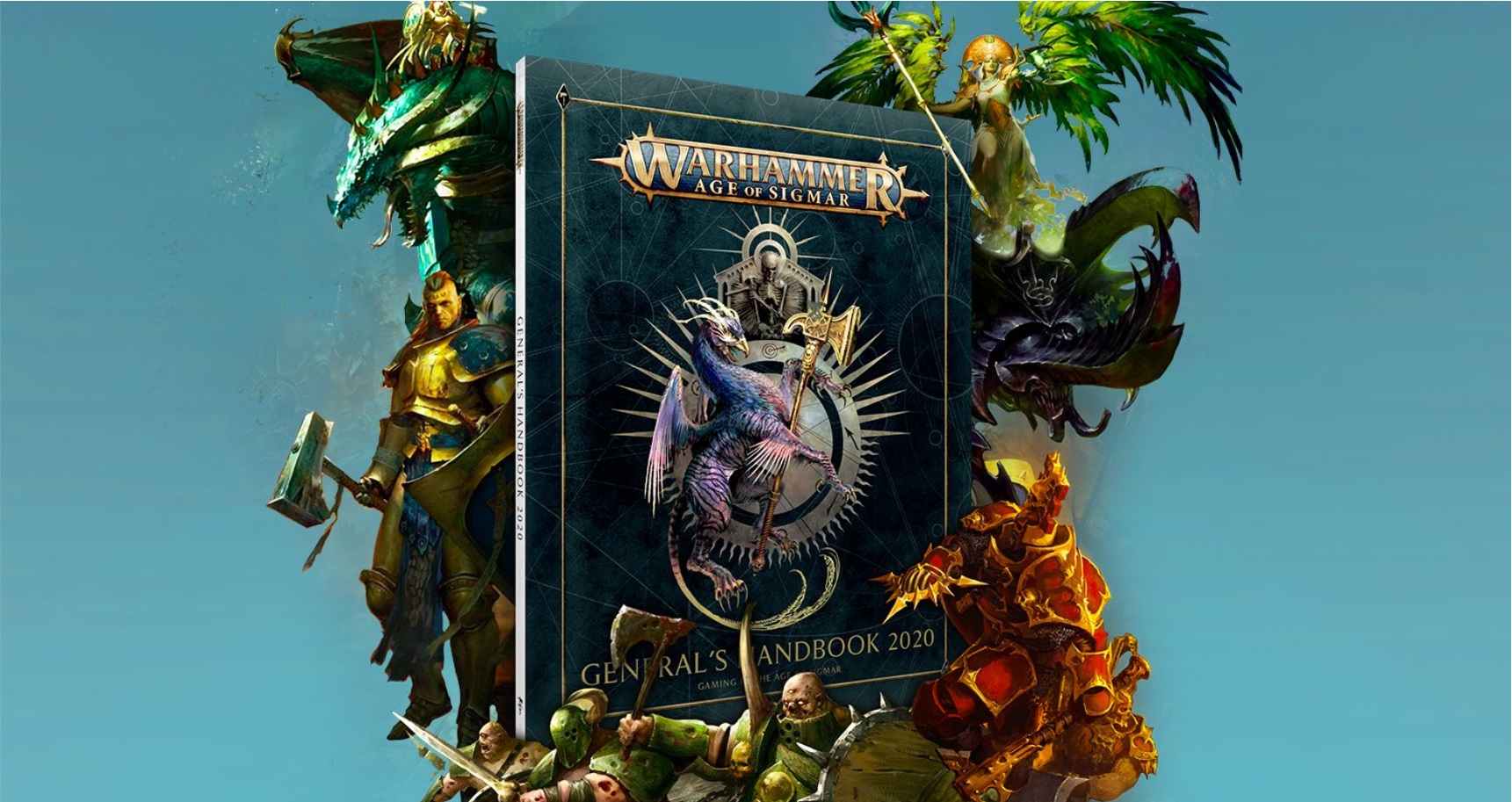 With the General’s Handbook 2020 on the horizon, it’s time to take a look inside the cover. Here’s a taste of what awaits you this weekend.

The gentlest reminder yet that it’s 2020 is here: the Age of Sigmar’s latest General’s Handbook. It almost makes you forget that 2020 has brought so much else with it, but that’s mostly because we’re all a little desperate for some sweet sweet lethe for right now. One thing you won’t want to forget, though, is what awaits you inside the General’s Handbook. Let’s take a look at the table of contents! 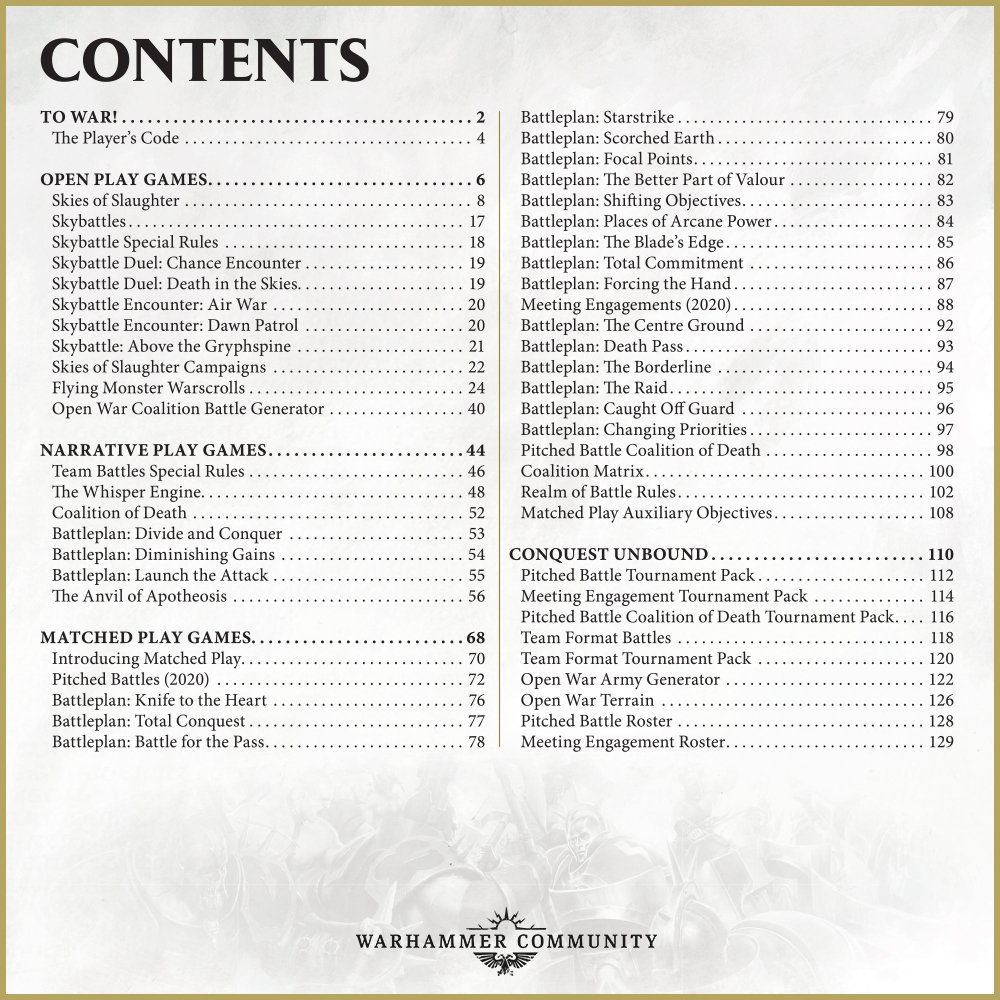 There is a lot to dig through in there. When they said they were including new rules for fighting aerial battles, they weren’t messing around. It looks like a full third of the book–basically the entire Open Play section is all about skybattles, campaigns, and is packed full of “flying monster warscrolls.” So get hyped if that’s your jam.

If you prefer your games a little more crowded, though, you might check out the new Multiplayer battle rules: “In Coalition of Death, three or more players can take part in thrilling team games, where they compete as unified groups called coalitions.”

Coalition of Death is a new mode designed for all three types of play. You can use Open, Narrative, or Matched play to put together a game packed with coalitions. There’s a handy chart that shows who can hang out with who: 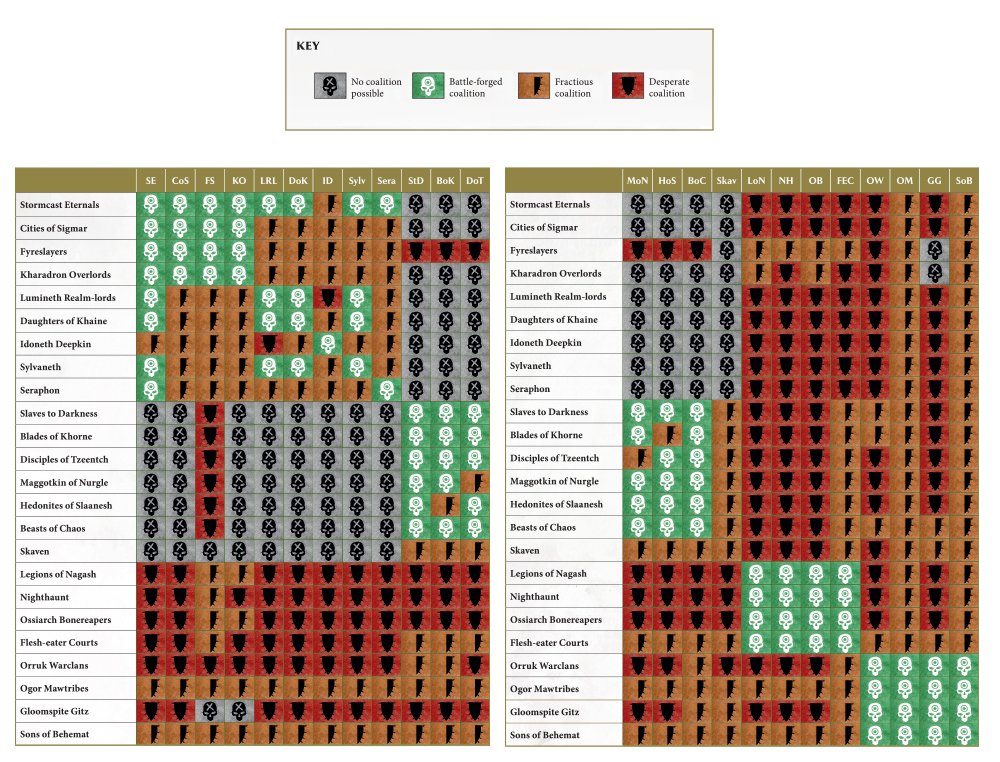 One thing worth noting is how fragile an alliance the Order Faction is. There are a lot of folks who will only ally if the chips are down, or if things get really desperate. But you can see a few interesting things: all elves will stick together (except the Deepkin), almost everybody loves the Stormcast Eternals, and the Nighthaunt Ghosts are the least cooperative force out there.

Armies that are close allies will be able to coordinate better in battle, while more fractious groupings (such as a desperate coalition between the Slaves to Darkness and the Ossiarch Bonereapers) will treat each other as enemy units for the purposes of movement. These alliances cut across the Grand Alliances and are based on a faction’s lore; the Fyreslayers, for instance, will fight with pretty much anyone, but don’t trust aelves much. Likewise, the Ironjawz will team up with most factions, while the followers of Chaos will rarely, if ever, battle alongside their mortal enemies in Order.

Check out more in the General’s Handbook preview vid above. In the meantime, get ready for more action!