Geekery: ‘The King’s Man’ Has a New Fight Filled Trailer and Release Date

The super-secret spy organization at the center of Mark Millar and director Matthew Vaughn’s Kingsman series gets a back story set during the Great War. Their first fight is with Rasputin.

The timeline winds backward to WWI era Europe; some of history’s worst tyrants and criminal masterminds are gathering to plot a war to end all wars, and wipe out millions. Someone has to stop them. Learn the origins of the first independent intelligence agency – the Kingsman – in The King’s Man.

The series has offered amazing fight scenes, which seems to be continuing based on this trailer – can’t wait to see that dogfight on a big screen. Millar’s low brow humor (not always my thing, I’ll admit) seems to have been toned down, but the one-liners seem to be intact. This feels more like Kingsman than previous trailers.

This was supposed to come out late this February but was pushed back due to theater closures. Not 100% confident it’ll stick in this September spot, but we can hope.

The King’s Man is set to hit theaters on September 18th. 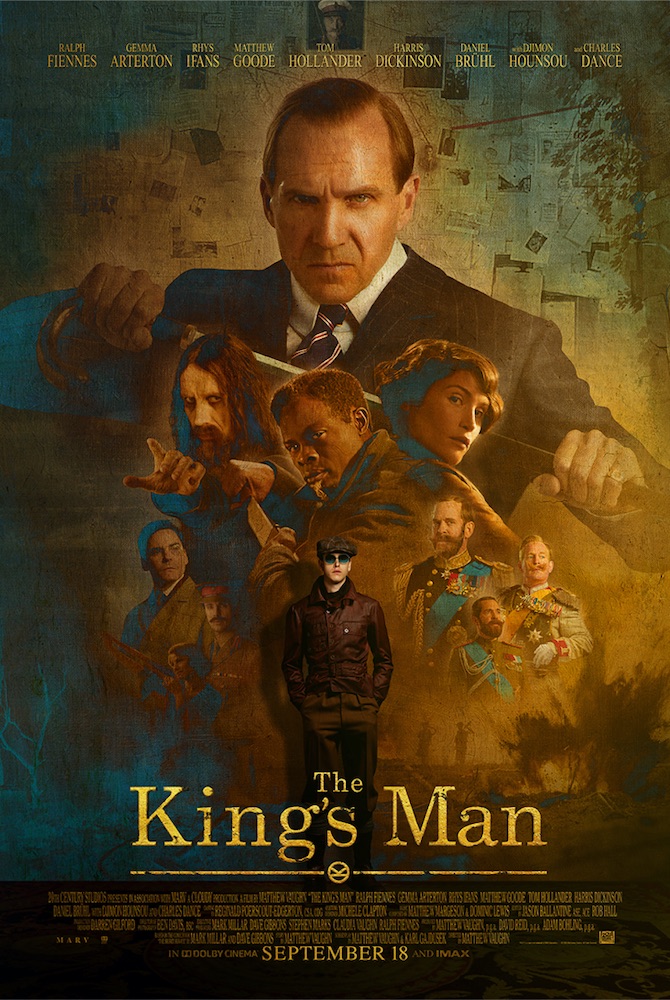