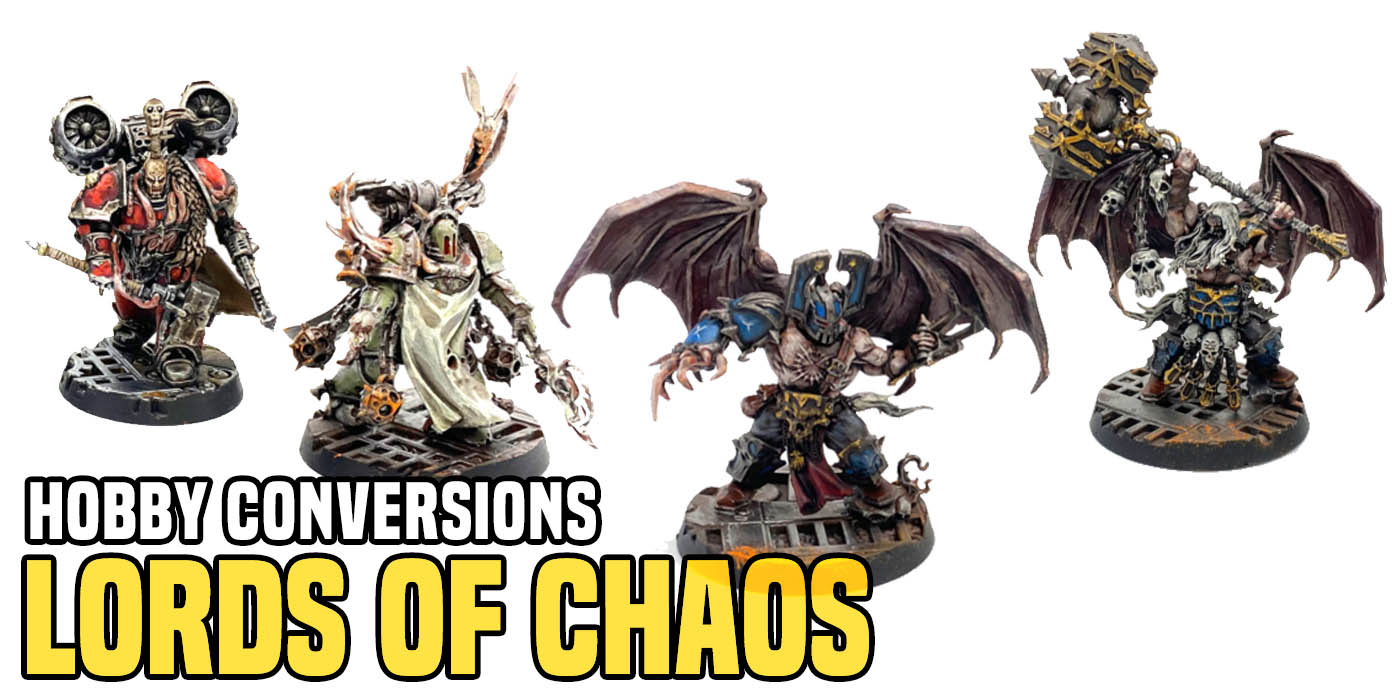 I really can’t stop making Chaos characters with jump packs and on foot.  Come enjoy the fruits of my obsession – 2 dozen of them.

While grabbing all these models I noticed I obviously painted 2 of the same thing.  I think I lost one for a bit and needed to get that model ready for an event.  Either way – I got a ton of models I can still play with! 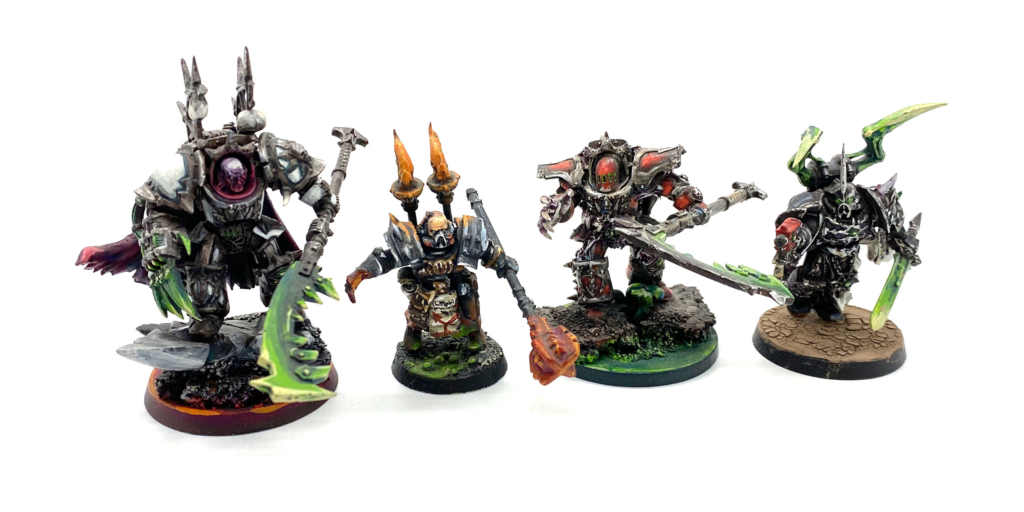 Some of my oldest models I played with – we have an old Counts as Abbadon, random evil inquisitor/sorcerer, old counts as Chaos Lord Nurgle thing, and finally a black legion on foot sorcerer.  He had a jump pack at some point but I guess I threw him on foot when I was experiment with crackle paint bases.

Here are some newer models with a Nurgle Chaos Lord, new Sorcerer Jump Pack, the first Chaos Lord with Jump pack/hammer, and finally a combo kit for a Malignant plague caster. 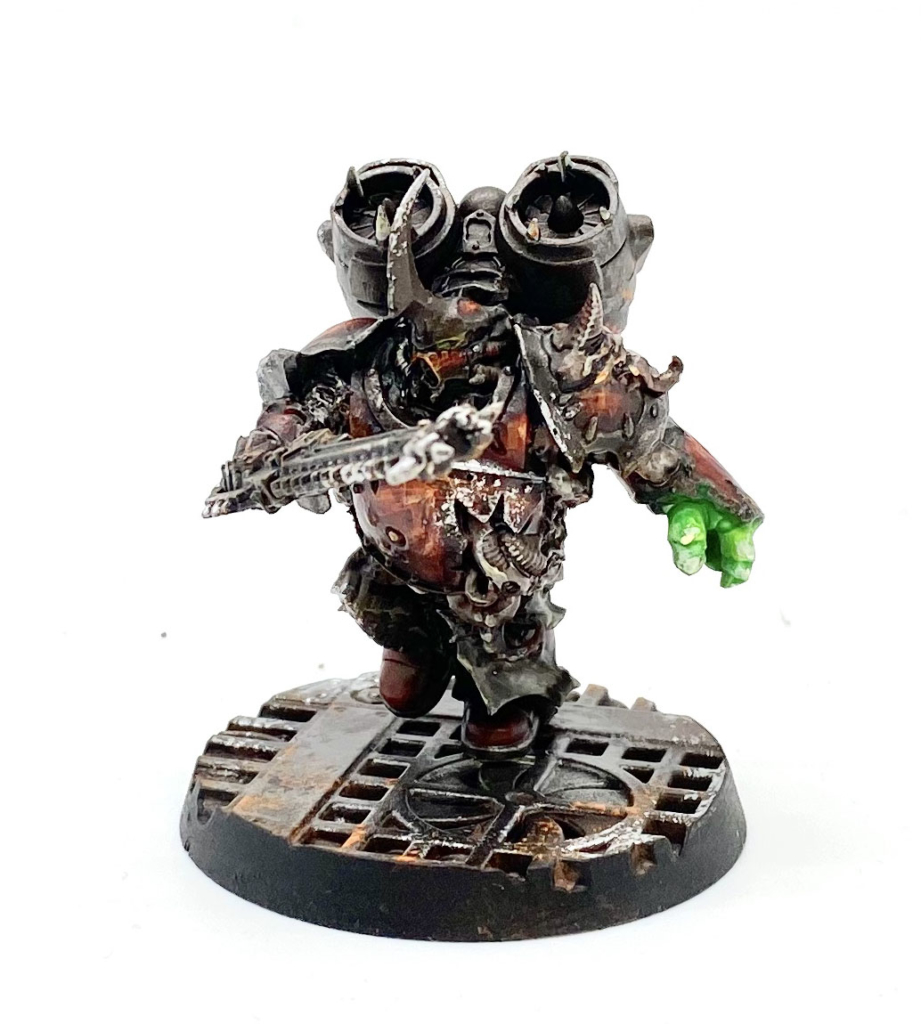 The latest chaos lord I painted as I wanted one with a Nurgle fist.  He is a chunky boi for sure.

Have Spikes, Will Travel

First one I wanted another Dark Apostle so threw this guy together from parts.  The next is my red Chaos guys Hydra Bladed jump pack Nurgle lord.  Next is my favorite legend’d Death Guard jump lord with the Plague Bringer weapon.  After that is a simple conversion for Huron and finally a Master of Executions.

Here we got a batch of random lords and exalted champions.  First is an Exalted Champion I painted a week or so ago followed by another Hammer lord with a Khorne Helmet.  Then we have an odd Power fist lord of some sorts, then a Warpsmith followed by a Possessed Master of Executions. 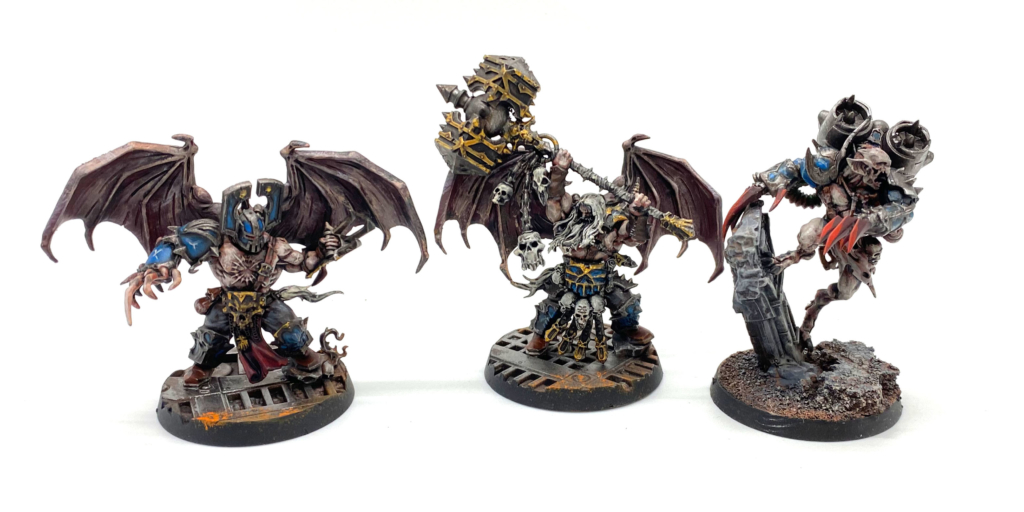 Lords of the Night

All 3 of these guys are Night lord Chaos lords and I love each one of them.  All are based off of AoS options with 40k bits strapped on.  That hammer is so insane and it makes me sad I haven’t used him yet.  The AoS vampire guy was my take on a meme pic based off the model when he came out.

Author: Thomas / Goatboy
Thomas Reidy, aka Goatboy, the ever-evil member of BoLS. I do arts, play 40k, and even paint a lot of stuff. I have been playing Warhammer 40K since the 1990s, and have won multiple national events including Adepticon and GW GTs. I've been writing for BoLS for 15 years. Look at my Instagram to see what I am working on - or working on for someone. I am always doing something hobby related.
Advertisement
Chaos Marines Conversions Hobby Painting Warhammer 40k
Advertisement 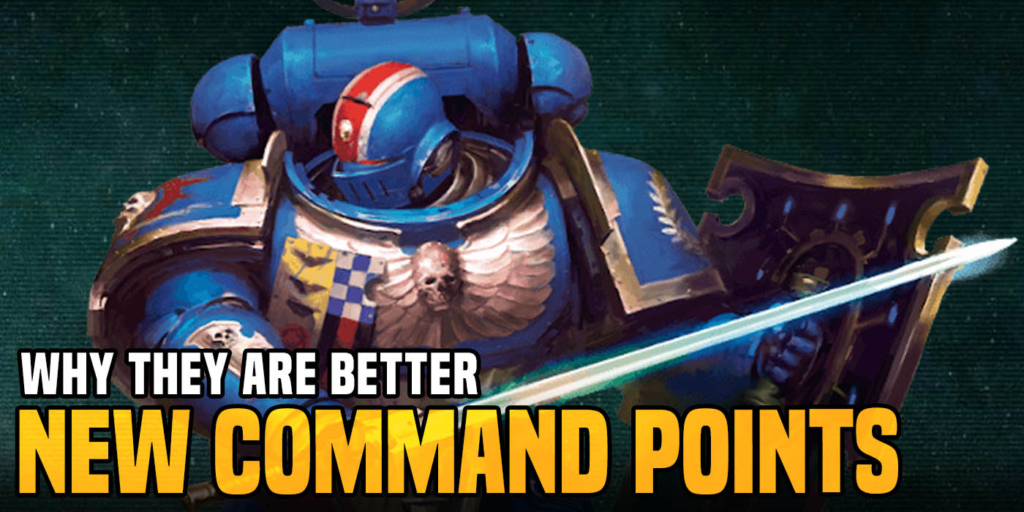