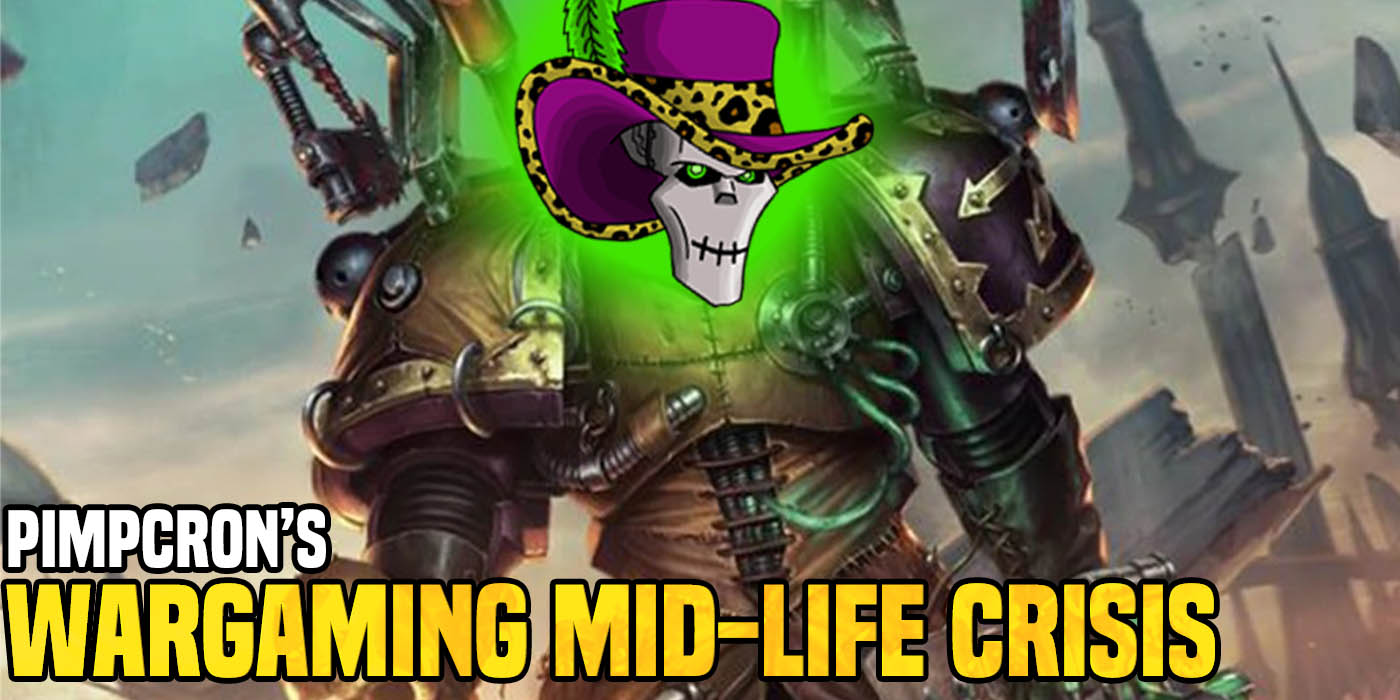 Pimpcron is molting as a gamer.

No matter how hard we try, it seems that everything in life is a cycle. The tides, the orbit of the moon, the spinning of a wheel, this odd sore on the back of my neck that I’ve had since I woke up in that alley hooked up to the power grid. They all come and go and then come back again. If life wasn’t in cycles, things wouldn’t be stable. A moon that doesn’t orbit just gets shot off in one direction. A tide that never stops and recedes is called chronic worldwide flooding and we all invest in boats and drink our urine. The only way things exist in a somewhat normal state is by circling back around to the beginning and starting over.

In this same vein, trends are a way of cycling because while a trend may be singular to a person, it is repeated over and over again in the big picture. No matter who you are or where you’re from, most human beings will follow these same trends more or less. Take relationships for example. Attraction leads to infatuation and lust, which leads to the “honeymoon phase” where you treat each other like a drug.

Once the honeymoon phase wears off is when you start to see the other person as a flawed human, bot some dreamy god/goddess. This is the phase where you have been together for a while and the excitement is mostly gone, this is where you really notice fi you both have what it takes to stay together longer. What starts out as a desire for quantity (ex: always being together) ends up really being a matter of quality (how good your time together is).

Despite this weird start to the article, gaming is just like this.

I’m in my mid-thirties and I’m starting to feel older each year. The physical aptitude that you enjoy in your teens and twenties is slowly fading, and your mental state is also changing. At this point in my life, I have accomplished everything I have through very hard work and perseverance, there were a couple years where I worked 90 hours a week. In the beginning my life (like most trends, see above) was about quantity and working up that hill. Now that I am older, I am less interested in more things and I just want good quality things. 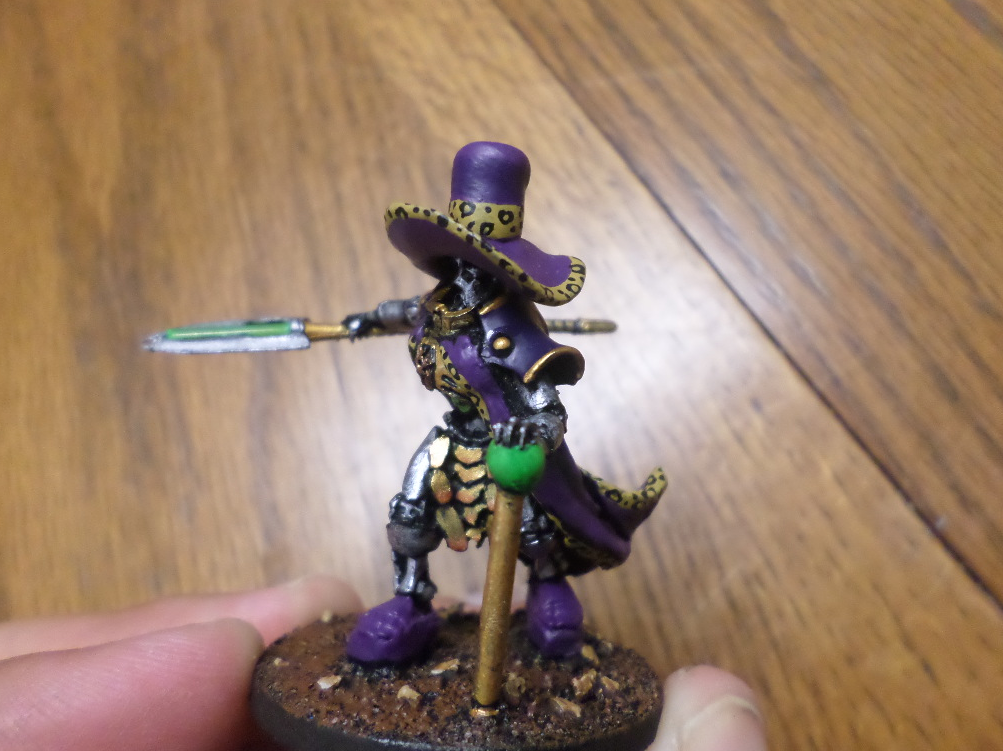 My very first army ever, my Necrons, was feeling basic and boring. Several months ago I had a hard decision to make. I looked at my Necron army and felt very “blah” about their appearance. The only interesting kitbash I had was my C’Tan and my Pimpcron overlord model.

So as much as it pained me, I sold off a bunch of my Necrons to buy new models to kitbash into something that is more interesting to me. So now my army is Pimpcron’s personal retinue. My Warriors are Delaque models with each unit having its own personality. One unit of ten loves melee and carry knives, while one is a bunch of kleptomaniacs. Another one has loops of rope for taking prisoners, and one unit are part of the Cryptek order. Meanwhile, my Immortals have joined the Destroyer cult and have mounted their Gauss Blasters and Tesla Carbines onto their arm. I am enjoying the quality of this army much more now than I ever did with the old army.

One of my Klepto Warriors. He has a thing for scrolls.

My custom monolith was also sold, it was the very first custom model I ever made in the hobby. I had a friend of mine create a new, stylized monolith and print it for me and I am very pleased. This was obviously before the leaks of the new monolith model which looks awesome!

After a successful, if not difficult transformation, I decided on an even more drastic action. I turned to my 2nd oldest army, my Space Marines. I decided to sell it all in favor of starting a real Chaos Marines army. Back in 5th edition, I had a vanilla Marines army that was very “meh”. So they all converted to Chaos to be more interesting, but after a decade, they just don’t do it for me anymore. 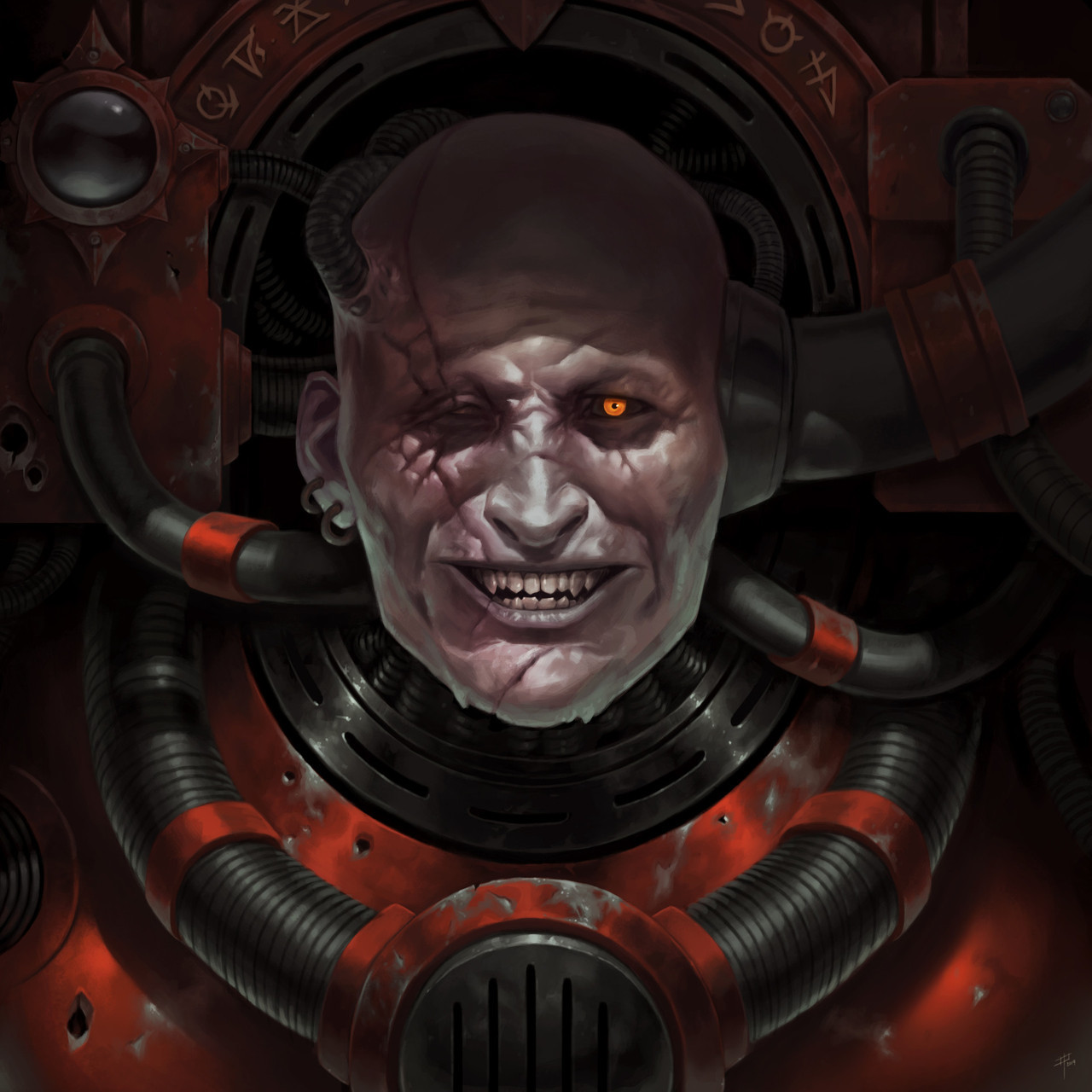 Yes, let the gratuitously-trimmed armor flow through you.

So with a heavy heart, I decided that I’d rather have a Chaos army that excites me more. I sold off my entire Chaos army and I’m starting new! My legion is going to be all fleshmetal. Even the marines will have fleshmetal and I will be taking lots of possessed! Instead of a giant Chaos army, I will only have the models I love and not all the other stuff that doesn’t excite me.

After these tough decisions, I am very excited to begin anew with things that bring more enjoyment to my hobby! I figured some of you more seasoned vets could relate to my 1st world plight. Haha.

Has This Happened To You?