Last week, Paizo issued a statement acknowledging the problematic elements in an upcoming adventure path where players take on the role of City Guard.

Paizo’s next Pathfinder Adventure Path, Agents of Edgewatch, is set to have players take on the role of City Guard in the middle of a festival who get swept up in a long winding fight against nefarious criminal elements. If it were being released in a vacuum this concept would have some problematic elements, but amid ongoing, nationwide protests against police brutality and violence following the murder of George Floyd by Minneapolis police officer Derek Chauvin, among many others–this adventure definitely doesn’t send the message Paizo was intending. 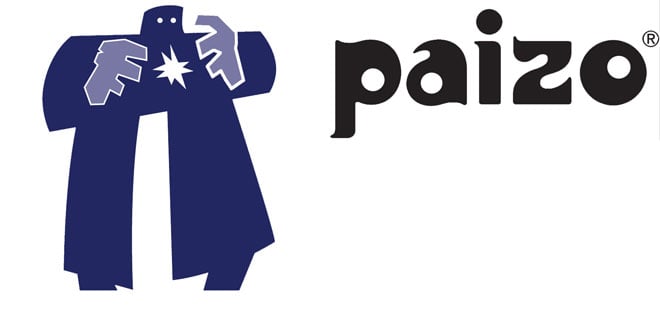 Especially following an earlier statement of solidarity for those protesting injustice, inequality, and brutality. Last week Paizo CEO released a statement that acknowledged the insensitivity of the release, which the company started developing last year, and addressed their plans going forward. Here’s the statement:

We at Paizo strive to represent our company’s values of inclusivity through the content of our Pathfinder and Starfinder publications. Showcasing diversity in the stories of the cultures, races, sexualities, and gender identities of our characters is something we’ve tried to emphasize since the company’s inception 18 years ago. As we wrote in our public statement earlier this month about the Black Lives Matter movement, it’s an ongoing and vital process.

The murder of George Floyd by police and the resulting political actions, increased visibility around issues of police brutality, and ongoing conversation about the role of policing in our society casts a difficult light upon Agents of Edgewatch, our upcoming Pathfinder Adventure Path in which players take on the roles of members of the city watch in a vast fantasy metropolis. As Paizo’s publisher, I want to take this opportunity to address the situation directly.

When we began work early last year on Agents of Edgewatch, we conceived of the adventures as a pseudo-Victorian crime drama in which a party of Sherlock Holmeses would bring a cult of sinister murderers to justice against the backdrop of a World’s Fair-style celebration in Absalom, the huge city at the center of the Pathfinder world. Along the way, we’d dabble in some buddy cop movie tropes and use the players’ role as new and idealistic town guards as a framing device for a tour of the city as they attempt to thwart the evil cult’s machinations.

In our heads, this was a classic detective story, not a chance for players to act out power fantasies of being militarized police officers oppressing citizens. As publisher, I was confident that we could steer well clear of egregious parallels to modern police violence and handle the material responsibly.

But there’s more to it than that. What I hadn’t realized—no doubt a result of my own privilege—is that the very concept of police, the idea of in fact taking on the role of police, makes some members of the Paizo community deeply uncomfortable, no matter how deftly we might try to pull off the execution.

While I remain proud of the work we as a team have put into the Agents of Edgewatch campaign, and I believe that our writers, developers, and editors have ensured that the subject matter has been handled responsibly, I also believe that if we were making the decision about Adventure Path themes today, we would have chosen to go forward with a different idea, or a different take on a similar detective-story theme. For many of us here at Paizo, our understanding has evolved, not just of the horrible impact of police violence, but how some members of our community—especially those who are also members of the Black community—have not had the luxury of ignoring it.

To that end, I should acknowledge that some members of our staff did raise concerns about the campaign’s theme early on. In retrospect, I did not give these concerns the full audience that they deserved, and I regret this oversight. That’s part of the learning process, too.

I remain confident in our ability to create a campaign that lives up to our editorial and moral standards—even while acknowledging that we should have chosen a different approach for this Adventure Path. The events of the Agents of Edgewatch campaign assume empathic, heroic player characters who are there to serve their community. Groups who wish to play the campaign without taking on the role of city guards will be able to remove the law-enforcement element from the story without much work, instead telling the heroic tale of a band of local adventurers who take it upon themselves to rid the city of murderers and evil cultists. The free Agents of Edgewatch Player’s Guide (scheduled to release next week) will offer several suggestions on how to do this, as well as tips on how to utilize and adapt Pathfinder’s non-combat conflict-resolution mechanics as well as non-lethal combat rules when running the campaign.

I’d like to acknowledge the efforts of our editing team, who have been exemplary in helping us to eliminate unintentionally problematic elements, consult with sensitivity readers, and ensure that products come with detailed content warnings. The developers have likewise been striving to be more sensitive to these concerns. I hope that Agents of Edgewatch as a whole will display our ability to listen and present the subject matter respectfully. We will continue to strive to improve our sensitivity and ensure our adventure and plot elements remain firmly in the realm of fantasy.

While we cannot afford to cancel or delay the Adventure Path, we want to show our commitment to remedying our earlier choices through action. As we stated in a previous blog, we’ve contributed the Starfinder Core Rulebook to Humble Bundle’s Fight for Racial Justice charity fundraising campaign, which has already raised more than $3,700,000 for the NAACP Legal Defense Fund, Race Forward, and the Bail Project. Furthermore, Paizo will donate a portion of proceeds from all volumes of the Agents of Edgewatch Adventure Path sold through the end of 2021 to the NAACP Legal Defense Fund. Lastly, next month, we’ll announce another major fundraising effort focused squarely on Paizo’s products, with charity proceeds to benefit Black-oriented charities. We hope you will join us in these efforts.

We remain committed to the ideals of inclusivity and racial justice. We will continue to listen and will strive to do better in the future.

While the adventure will still ultimately be released, Paizo does outline the steps that its staff will be taking to try and mitigate the content of its adventure, and they openly acknowledge prior warnings and missteps. As more details about Paizo’s fundraising effort come out, we’ll keep you updated.

While the Fight for Racial Justice bundle has ended, you can contribute to the NAACP Legal Defense Fund here