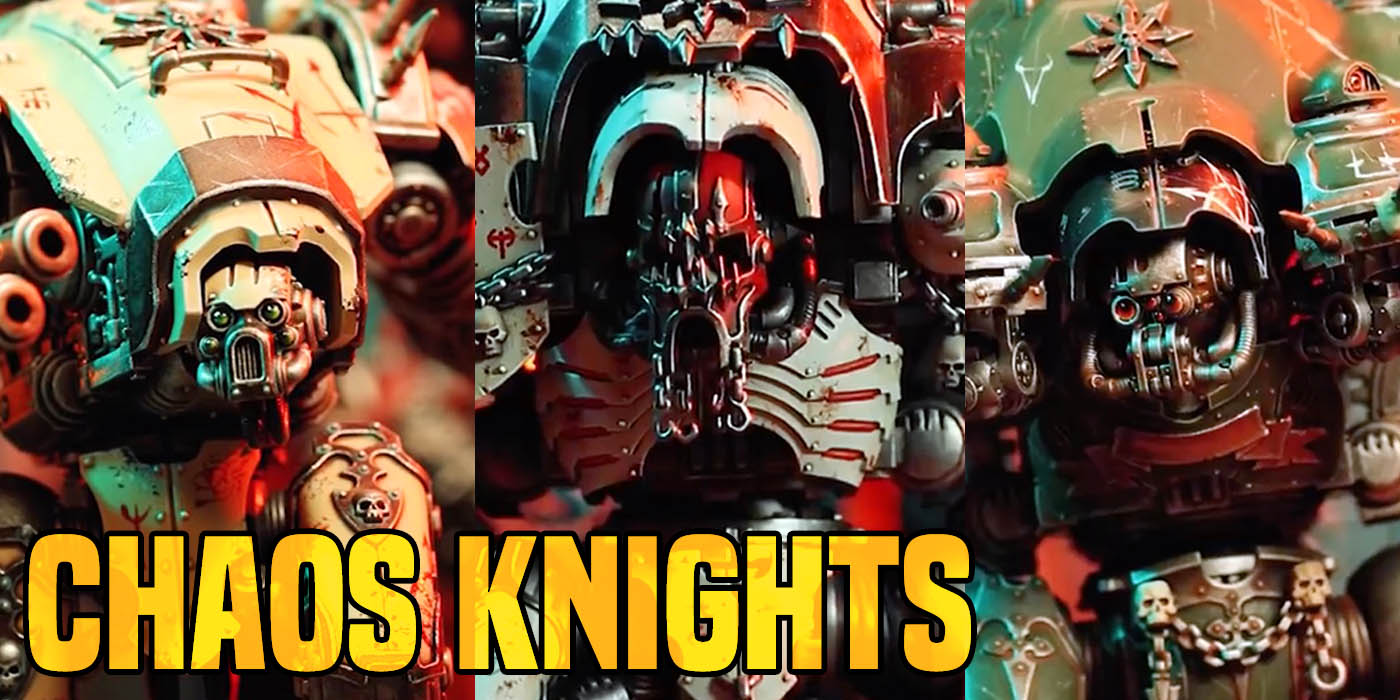 Come and take a look at some of the new rules that Chaos Knights will use as they stamp their traitorous feet all over Ninth Edition.

That’s right folks, time for another 9th Edition faction focus, this time it’s on Chaos Knights and how they’ll come crashing into the heart of all that the Imperium holds dear. We’ve seen how certain detachments will cost you command points–and today we’re going to look at that curious economy to see how commanders who play to the theme of their army can game the system to spend command points without spending command points. Check it out.

So this one seems to be a little confusing on the face of it. A super heavy detachment typically costs 6 (out of 12 standard) command points if you’re including Titanic units in it. But if your Warlord is in a Super-heavy Detachment, and is a Titanic Knight, you can get those 6 command points back, so you’ll still have the standard allotment of 12 command points to work with.  At least if you’re playing by the Traitoris Lance rules: 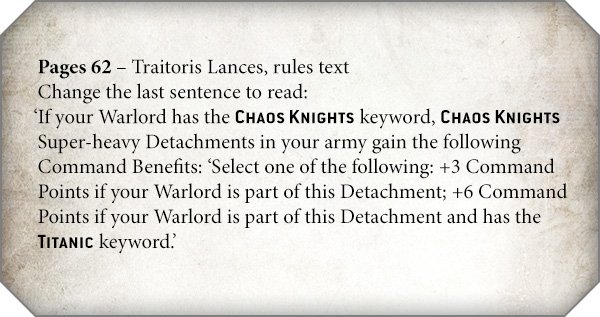 As long as you’re playing with knights, they basically pay for themselves. You still have to spend the point costs, but the Command toll is waived, so you can still employ stratagems like the knew Encircling Hounds introduced in Engine War, which lets you set up a War Dogs (Chaos Armiger) squadron in reserve. 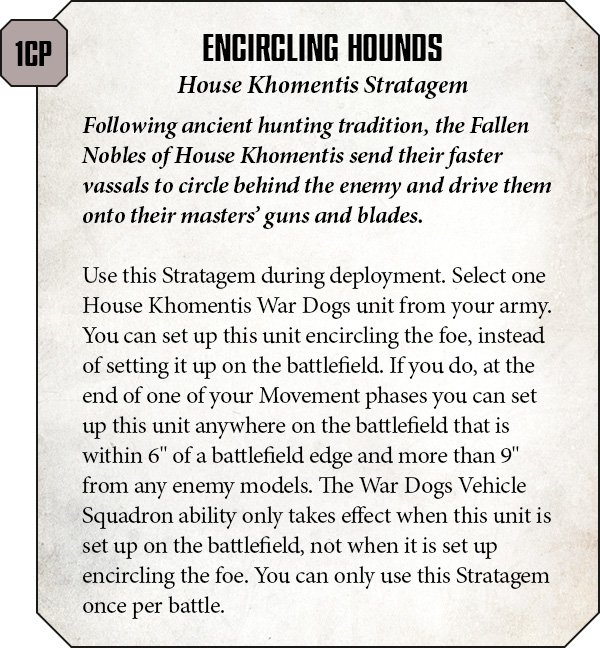 So you’ll be able to field a ton of Chaos Knights without having to pick up “command point battery” detachments. At any rate, there’s a look ahead for Chaos Knights. Big, stompy, and spiky, they almost sound like something an Ork would want except for all the corruption and Chaos.

Will you be fielding Chaos Knights? Or do you think it’s a Marines/Chaos Marines on the ground game once again? Let us know in the comments! 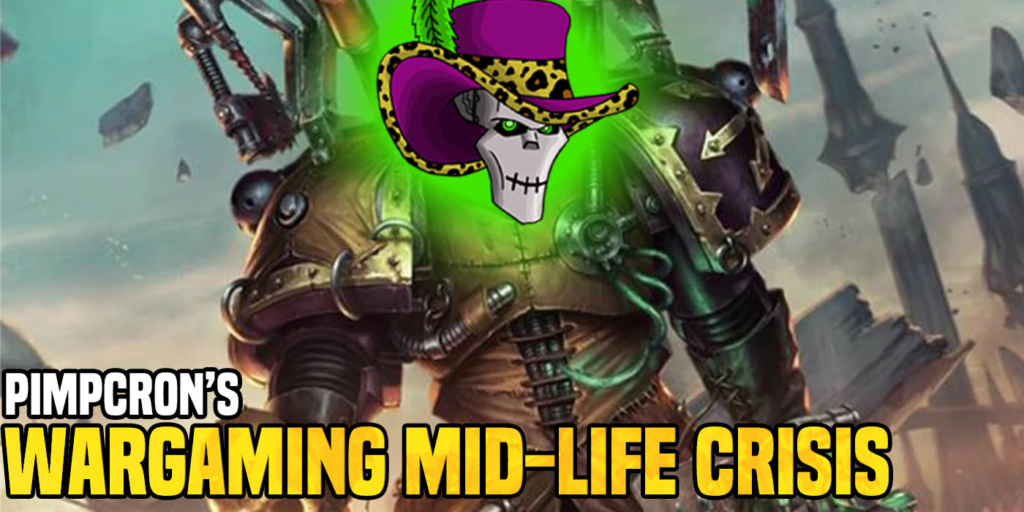