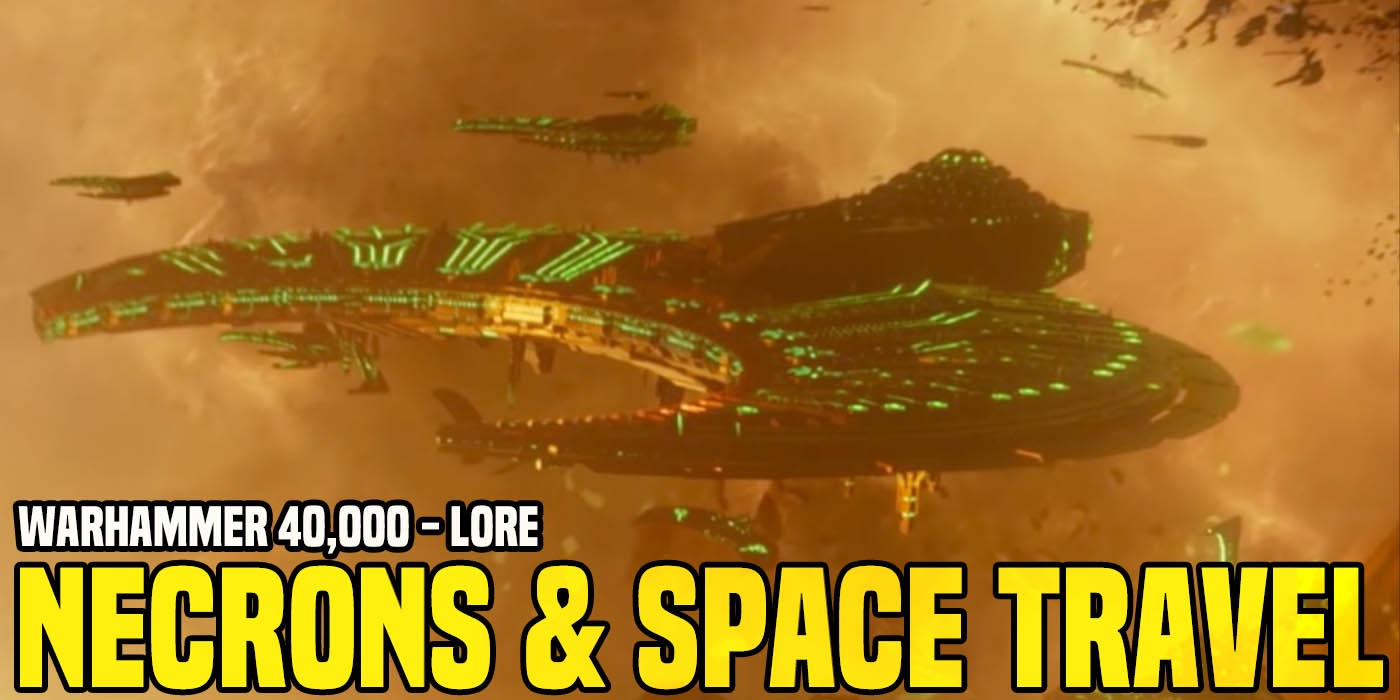 Ever wonder how the Necrons cross the vastness of Space? Well they also have ships. Loremasters, today we look at the Necron Fleet.

With the return of the Silent King and the Necron’s re-awakening playing such a big role in the next edition’s launch, we started thinking about how these beings made of living metal get around. Now, being made of living metal, that also means they don’t really age like a typical bio-organism. While they could simply hibernate as they cross vast distances (and we know they are able to go into ‘sleep mode’) the Necron Fleets are actually quite fast and nimble. Ask anyone who played against them in Battle Fleet Gothic…

The tabletop game – not the PC game…

Today, we’re going take a closer look at the ships of the Necrons and also the how of how they travel through space.

“All Necron ships are made of living metal and as such are immune to natural phenomena such as solar flares and gas giants. It is also excellent at repairing the vessels. They use an Inertialess Drive, allowing them to move without entering the warp. The engines are very effective and allow the ships to move varying distances.”

Okay, let’s pause right there – what the heck is an “Inertialess Drive” for starters? Well, according to Wikipedia:

It was originally used in a different sci-fi series – Triplanetary which was written by E.E. “Doc” Smith with an original publication date of 1934. It’s been used by other authors since then in other series.

These drives have a way of eliminating inertia and thus allow for incredible speeds. It’s not 100% clear how they work in the 40k universe, but it’s how the Necrons are able to move around and also move so nimbly at the same time. 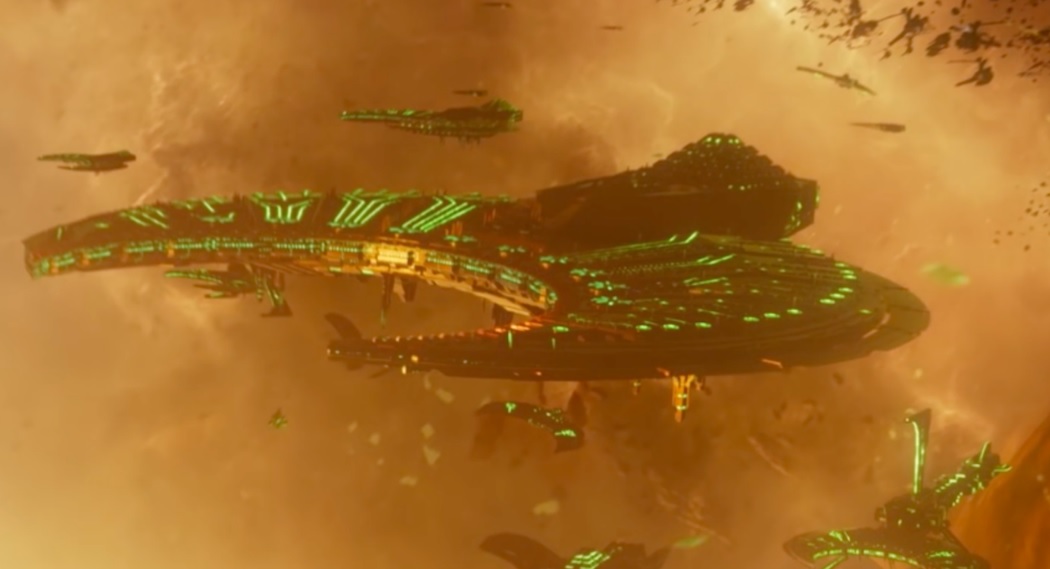 The largest and most powerful class of Necron warships. Clocking in at over fifteen kilometers wide, these are the “motherships” of the necrons. They always have a fleet of escort ships and sightings of them have been rare. But when they do arrive they pack enough firepower to destroy an Imperial Battleship with ease. 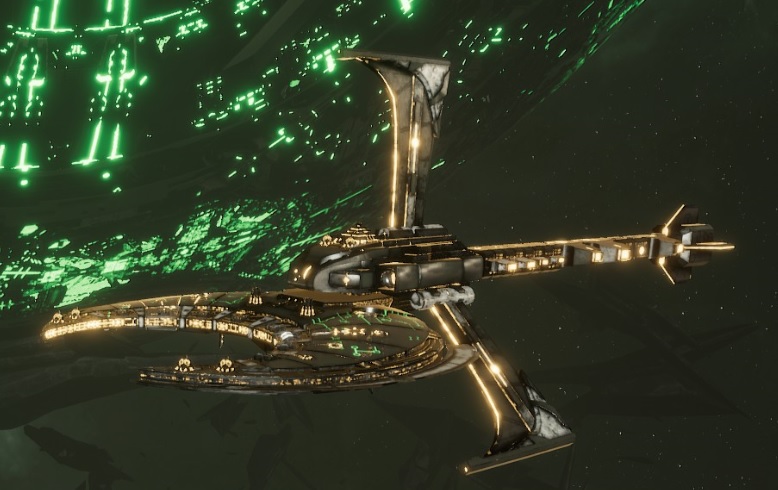 These are the Necron Battlecruiser-class starships. There are two types of Harvest ships, Reapers and Harvesters. The main difference is the armament with the Reapers using Sepulchure weapon systems. Don’t let their frail-looking design fool you. These ships are more than able to go toe-to-toe with all but the largest Imperial Ships.

These are a class of Necron Light Cruisers. The Shroud Class comes standard with Lightning Arc Turrets. It’s also believed that this was the class of ship that the Necrons used to “land” on Mars – even after taking the brunt of the firepower from the Adeptus Mechanicus stationed there. 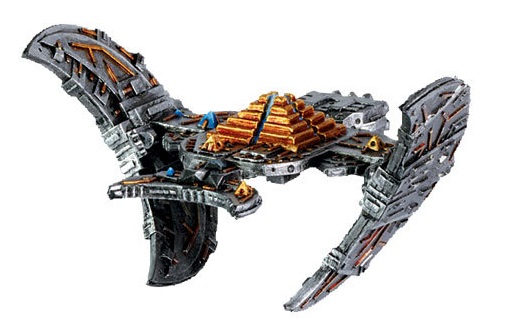 There are a few other notable light cruisers the necrons use but, in terms of models and design, they all appear to be based of this basic frame. They include:

A class of Necron Escort-class starship, the Dirge is one of the smallest vessels in the Necron Fleet. They also come equipped with Lightning Arc batteries and their size can also be misleading.

Jackals are Necron Frigate-class starships and are the equivalent to Imperial escort vessels. They also wield Lightning Arc batteries. These ships have only been spotted a pair of times outside of escorting larger ships.

The smaller attack craft like the Doom Scythe, Night Scythe and even the Night Shroud are also apart of the Necron Fleet. These fighters are typically flown by single pilots and are used in surface level combat.

If you’d like to learn more about the Necron Fleet then check out the Lexicanum!